This creature feature that doesn’t bother itself with science and stars a nineteen-year-old Seth Green was destined to be a quirky cult hit. 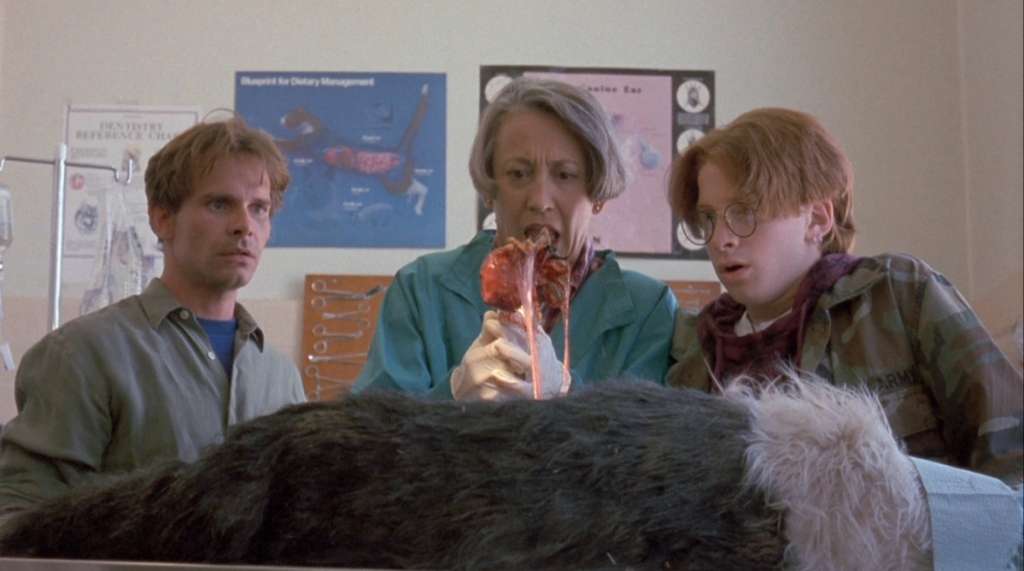 Teens camping in the woods to keep out of trouble encounter mutated giant ticks. Let’s dig into 1993’s “Ticks”, directed by Tony Randel!

With Director Tony Randel aboard (who had previously directed Hellraiser II and Fangoria’s Children of the Night), morale was high in the beginning, with plenty of reason to think this flick would be a serious piece of genre work. But by mid-production, the cast, as well as the viewer, have completely abandoned all hope of this being anything but pure schlock.

As long as you have no expectations, this natural monster film delivers on the direct-to-video promise of gross-out effects and inconsistent writing.

I’m not really sure how ticks are born, but I would venture to guess it’s not in large embryonic globs (I take all that back, I just googled it, and it’s much closer to the film than I expected… and I’ll never sleep again). It does make for an Alien-like egg, and I’m sure the KY was slathered on the props all the same. 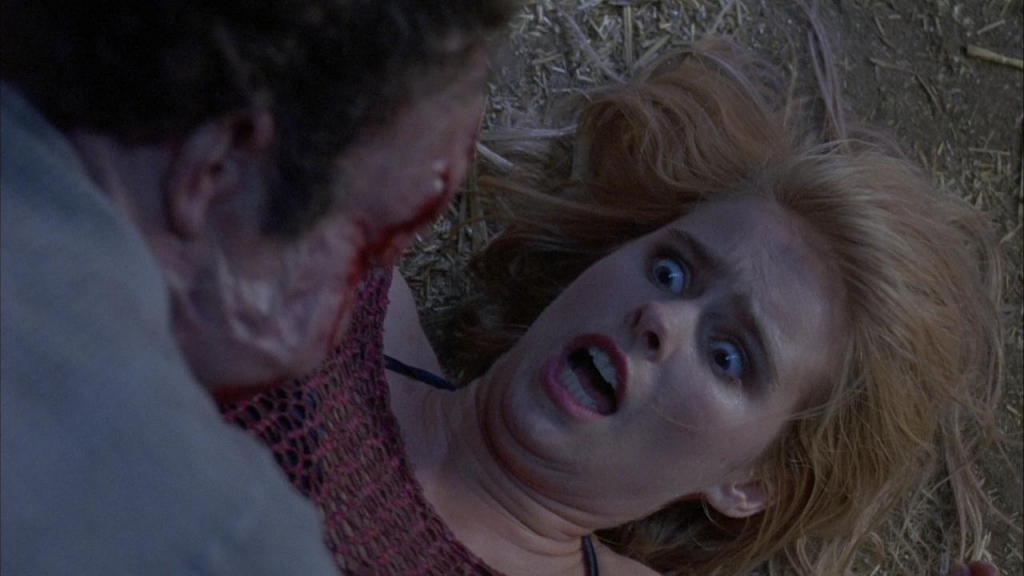 Dropped off in the concrete jungle by his father so he can meet up with an Eco group headed to the woods, Tyler (Seth Green) encounters the rough and tumble Panic (Alfonso Ribiero) who greets him with the brilliant line, “They call me panic because I never do” — and then forces him to shoot free throws for street cred, naturally.

There’s plenty of effects throughout, including a great dissection, which finally leads to a swine-sized tick for the climax.

However, there were a lot of missed opportunities based on the natural behavior of the creature (ie, draining someone of all their blood, or any mention of Lyme disease).

Seth Green starred in this film the same year he played Wylie in Airborne. In just a few year’s time, he would increase his celebrity as Dr. Evil’s son, Scott Evil, in Austin Powers. But it feels like he’s always been a part of my personal film history.

Midway through the run of The Fresh Prince of Bel-Air, Alfonso Ribiero would take a stab at a creature film. Carlton as a tough guy was easier to swallow than you’d expect, which speaks to the talent of Ribiero. It’s a shame THIS was one of only two films he got to lend efforts to. 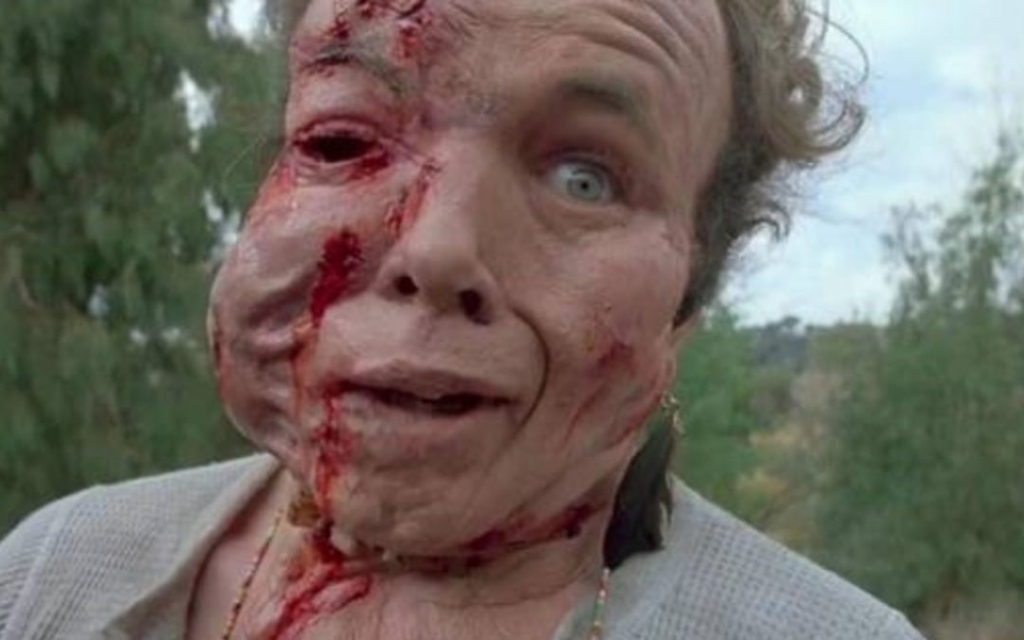 Both Clint and Rance Howard appear, with Clint covering his normal duties of a little bit of a mad character, with Rance playing the respectable Sheriff. Clint recently popped up in another Dig (Ice Cream Man) and the late, great Rance, the father of both Clint and Ron Howard, was in a ton of films, including Small Soldiers and The Burbs.

It’s just a silly monster flick from the brain of a special effects artist. Nothing to get peeved or twisted about.

A twenty-four-year-old Ami Dolenz, daughter of Micky Dolenz from The Monkees, plays a hoity-toity camper whose character pivots to an endearing girl next door midway through. Either there was no script supervisor on set, or no one cared about sticking to it.

They’ve become such a problem on the east coast that a tick on steroids could summon up genuine fear, but I’m not sure how you’d pull it off minus the cheese.

Though the end set up the potential for more monstrous arachnid action, nothing materialized. Perhaps it was Seth Green railing the film on Letterman that prevented the continuing tale of terror.

If you feel like paying upwards of $175, there is a Blu-ray floating around out there. Or you can watch on The Roku Channel, Tubi, or Vudu.