Featuring effects from gore legends KNB EFX, “Skinner” jumps the shark once it stops being serious and embraces the cheesier side of horror. 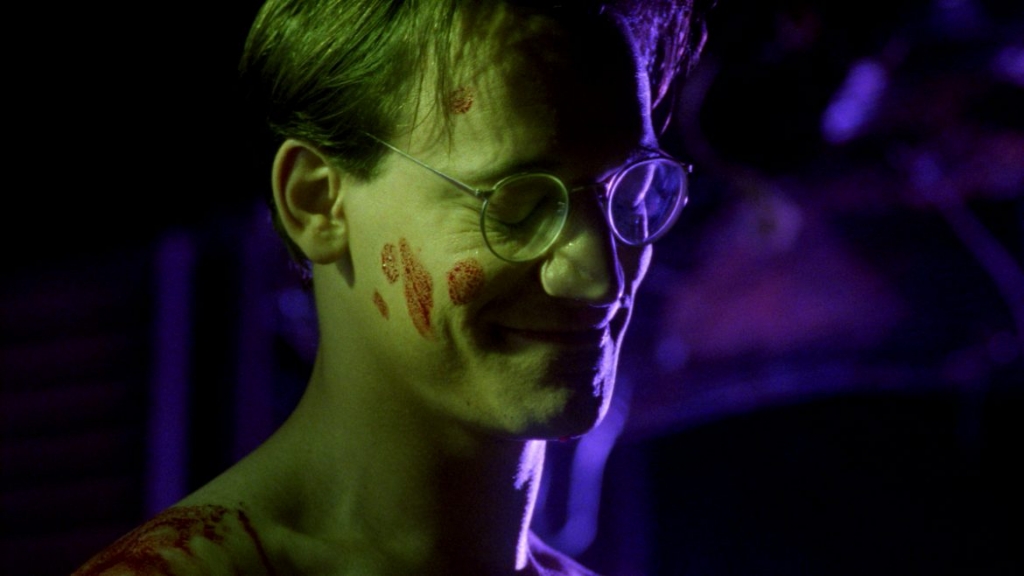 A psychopath rents a room as he skins his way through an unassuming population. Let’s dig into 1993’s “Skinner”, directed by Ivan Nagy!

Ted Raimi doesn’t have the serial killer look, whatever that look may be, but he’s a good enough actor to play a crazy creep — and that’s how this plays out. Great locations, a good score by Contagion (who I can’t find any info on), and a rad font on the title card start the film out just right.

A little on the nose for my taste, Dennis Skinner lives up to his surname like someone with the last name Doctor becoming Dr. Doctor (if you think that’s fake I’ve actually been to him). Ricki Lake (Kerry) is pretty atrocious in her role as the naive landlord who falls for Dennis.

The first on-screen kill is of course a prostitute, and this film includes the most sensual turkey deskinning I’ve ever seen (and he didn’t even wash his hands after!). 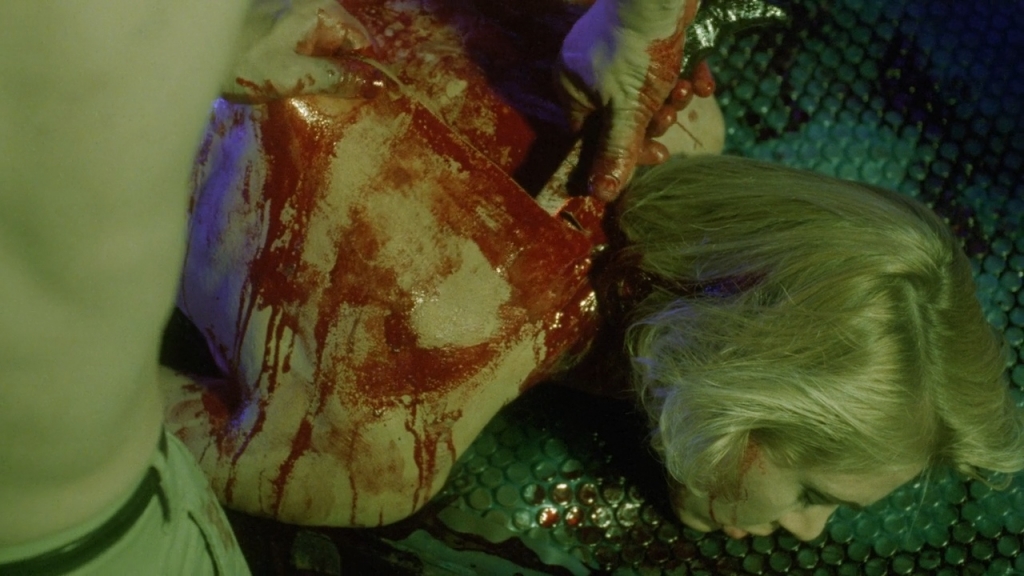 I was enjoying the movie with some reservations until the cheese factor was turned up to eleven.

The requisite skinned bodysuit feels derivative, but damn, the effects are impressive. Why wouldn’t they be? It is KNB, my favorite silicon slingers in Hollywood.

It’s a better film than I expected with a mean streak that never really gets a resolution. The ending leaves an unfinished stink.

Everyone’s favorite Shemp, Ted Raimi (Skinner) has had bits in all three of his brother’s (Sam Raimi) Evil Dead films as well as many others, including the recent killer series Ash vs Evil Dead which starred Bruce Campbell.

Richard Schiff (Eddie) has been in a ton of really successful films and TV series, including The West Wing, HBO’s Ballers, and Ray (2004). 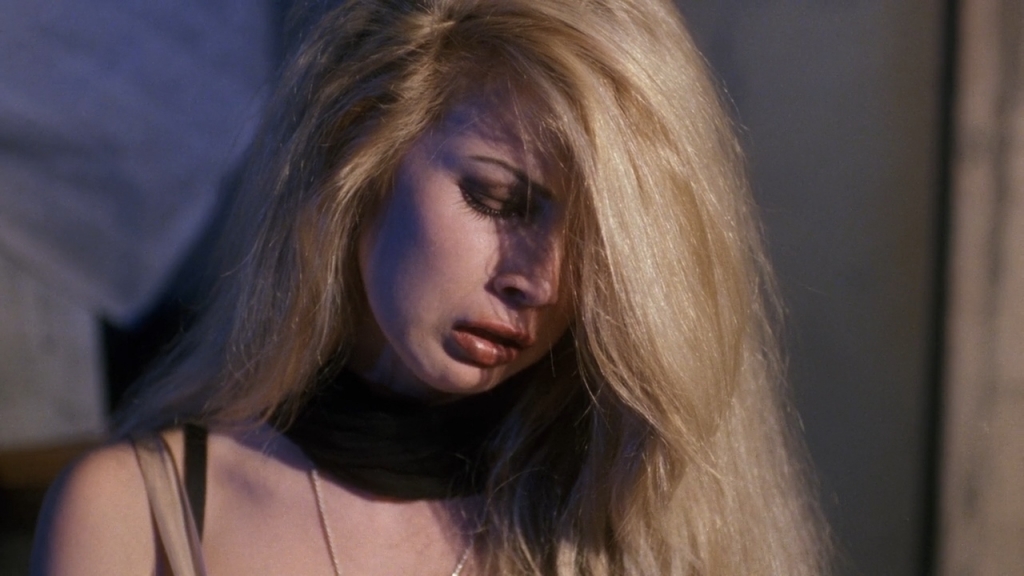 This is a rough one. This had to have seemed in bad taste even when they filmed it. He skins a co-worker, who happens to be a black man, and then proceeds to chase a woman and speak with what can be considered stereotypical dialect. If he acted as such with every skin suit he wore, MAYBE it gets a pass, but that’s not what happened.

Ted Raimi was in phenomenal shape for this role, displaying a six-pack of abs that you would not expect from the character actor.

There are elements of other horror movies that are mined to great effect. I wish it would have stayed straight instead of attempts at camp. There is an inherent mean streak in the material though, so it has to serve a greater purpose than a practice in butchering people.

Severin Films released a Blu-ray with a handful of extras. You can also stream from Tubi, Vudu, and Plex.