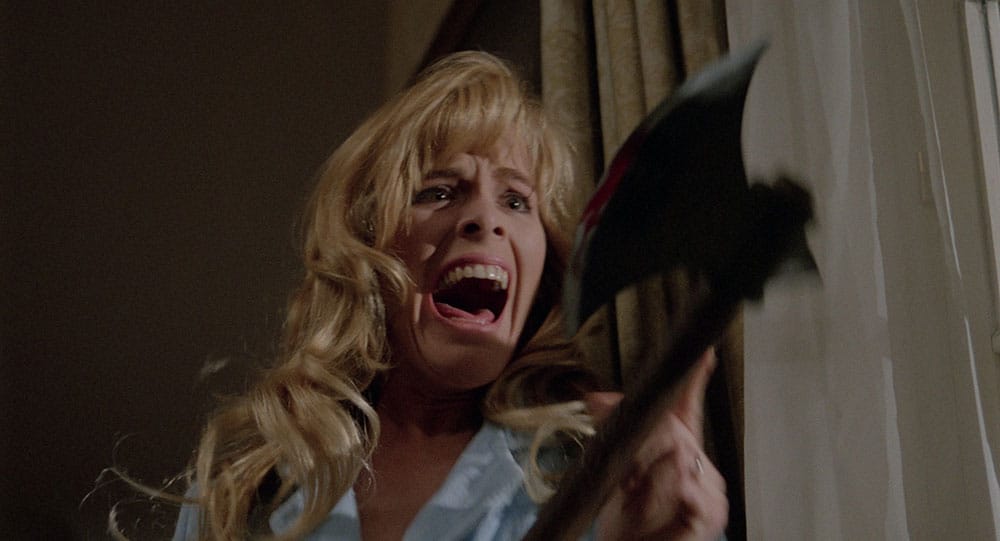 When her Aunt commits suicide Helen and her husband inherit her mansion and her impressive wealth. What they didn’t expect was to inherit her position in a twisted death cult. Let’s dig into 1987’s “Rest in Pieces”, directed by Jose Ramon Larraz!

The opening scene is shot with stills at an airport. It’s odd, but not in an artistic or esoteric way. I have to surmise they couldn’t secure permission to film but wanted the scene so settled for what they could get.

Helen and her husband Bob are in town for the reading of the will of her estranged Aunt who recently killed herself. A rigor mortis jump scare is a false promise as the rest of the film has little dread or gags, unless you consider the poor acting. The fight choreography is abysmal.

We’ve seen so many filmed bequeathments through the years of cinema. Is this a common thing, or only among the wealthy? Besides Beer Fest, this is the only one I can recall where the deceased dies on camera while endowing their estate to heirs.

The plot never makes it out of the starting gate. A strange Nazi death cult never gets its due exposition. The lead actress never gets to stretch her legs outside of her inherited bed. Cars are inexplicably possessed for little more than filler. 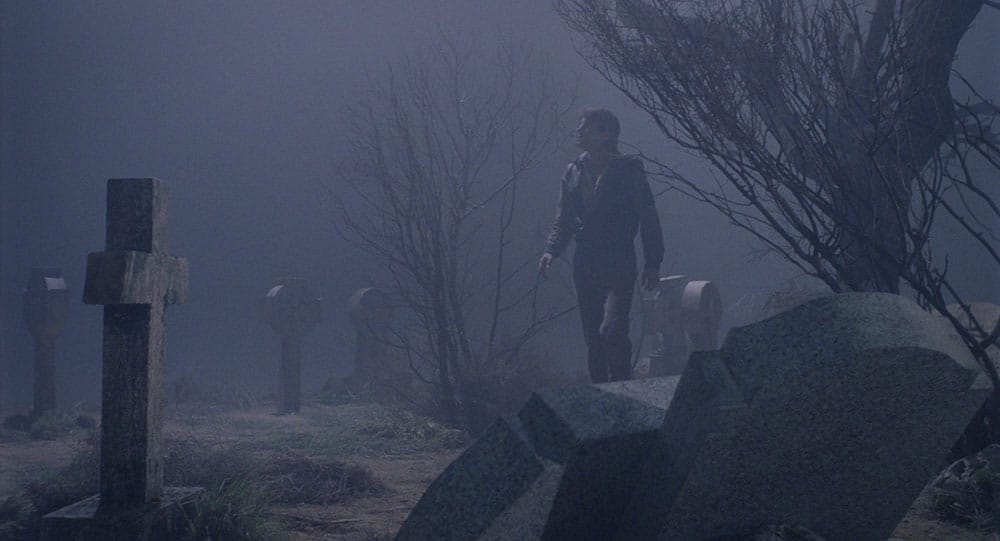 The one redeeming scene seems to have eaten up most of the feeble budget. Good haze. Good lighting. An abundance of foam grave markers. It’s the best visual scene in the film. Unfortunately, it’s capped off with a missed opportunity as I thought we were about to see a lively Axe vs Shovel fight, but it lasted all of one swing.

It seems the whole picture was done with minimum effort, including the disappointing ending.

Unless you’ve had a steady diet of soap operas over the last thirty years, you may only recognize Scott Thompson Baker from small bit parts in the Coen Brothers’ A Serious Man (2009) or Adam Sandler’s Mr. Deeds (2002).

Patty Shepard, who plays Gertrude, one of the members of the death cult, had roles in Slugs and Edge of the Axe in 1988 before calling it quits on a film career.

Lorin Jean Vail, who plays Helen, is deprived of a top for most of the film and spends most of her scenes in bed — bolting upright; topless. It’s either the result of a dearth of ideas with what to do with her, or the fulfillment of a fetish from the filmmakers for such an action. 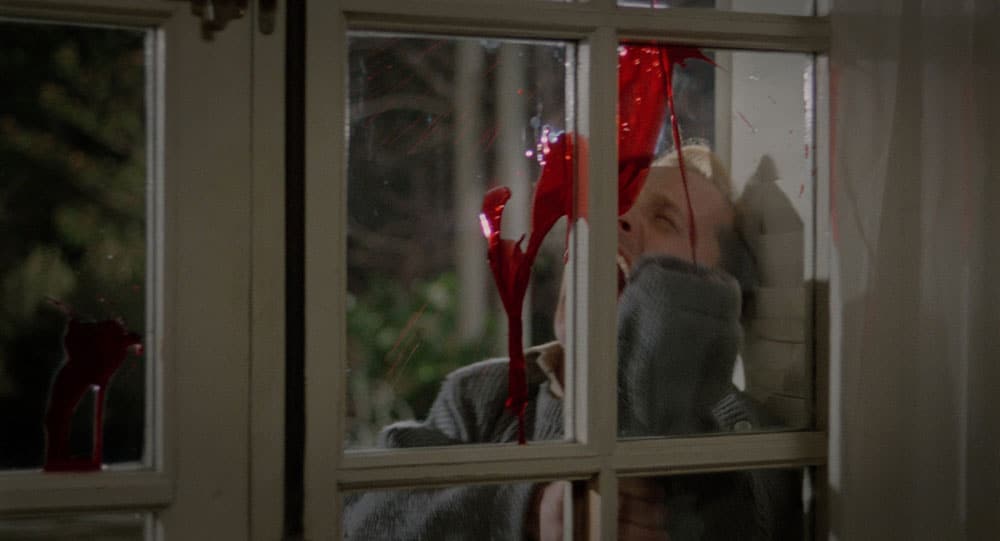 The lazy maid Lisa, played by Carole James, has a bit of a Lucy Lawless thing going on, which is sure to put your masculinity in check. She attempts to seduce Bob multiple times, and it seems his rejection is tied to more than just adherence to fidelity, as he shies away from her fierce demeanor.

The premise itself, while not original, is plush with fun and games. The title is the most intriguing aspect to farm.

Vinegar Syndrome released a Blu-Ray in 2020.