This perfectly ’80s teen comedy may remind you of something like “Teen Wolf” — but with a horror bite and big, bloodsucking fangs. A teen is turned into a Vampire but can’t bring himself to eat humans and must learn to “live” with his new affliction. Let’s dig into 1987’s “My Best Friend Is A Vampire”, directed by Jimmy Huston!

In the vein of Teen Wolf, My Boyfriend’s Back, and even Fright Night (though none are as outright scary), this teen comedy/horror not only does all that it needs to entertain you, it touches on a few interesting elements of the sub-genre.

I can’t remember the question of “How does a Vampire shave if he can’t see himself in the mirror?” before. Using Modoc here to present a handbook for the newly turned vampire is a great addition. And, of course, it couldn’t be an eighties teen movie without some narration.

The title confuses me on this one. It insinuates that the best friend is the protagonist, not the actual vampire. But in other markets, it was released under the more apropos I Was A Teenage Vampire.

A nod to another classic monster tale makes an appearance in the form of some notes from Phantom of the Opera played on the organ in the glorious castle set. It was also nice to see some old-school stake and hammer props.

I had a ton of fun with this one, and it definitely has rewatchability. 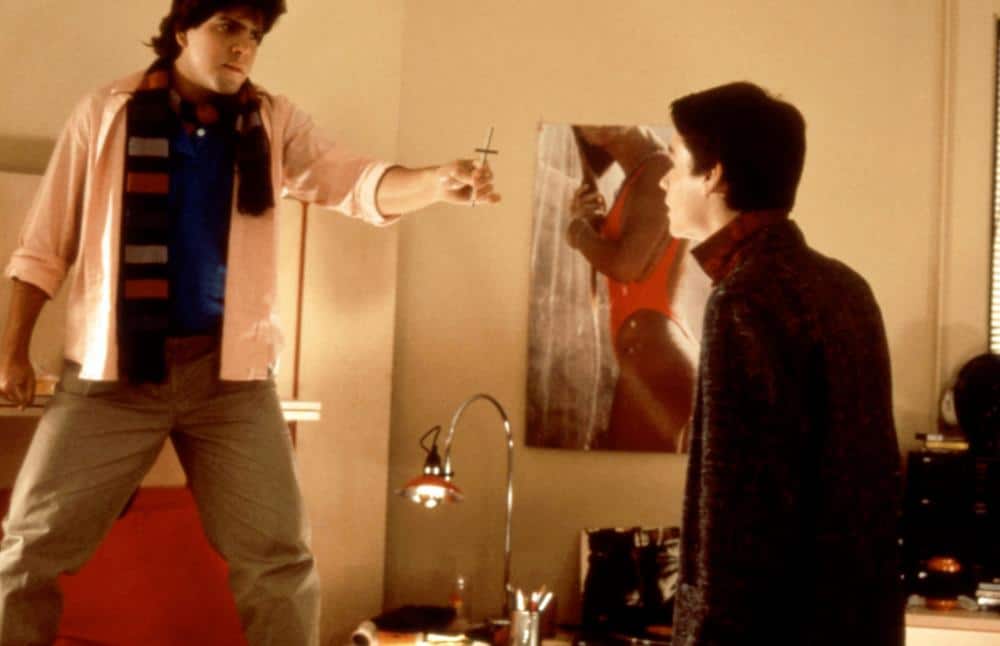 I didn’t even notice her, but Kathy Bates has a small role apparently. You’ll know her from just about everything, but her horror credits include Stephen King’s Writer’s nightmare, Misery, and probably one of the seasons of American Horror Story if that’s your thing.

David Warner is back and has to have the title for most recurring character actor on the Dig. I’m sick of listing his resume at this point.

Rene Auberjonois, besides looking like he was perfectly cast as the Vampire mentor, has voiced characters in tons of seminal cartoons from the nineteen eighties on. You may recognize him if your nerd bias leans the way of Star Trek; he was Odo in Deep Space Nine.

Paul Wilson (Grimsdyke) played a couple of Bobs — first in the brilliant The Larry Sanders Show and then in Mike Judge’s perfect Office Space.

Cecilia Peck (Nora) is not only the daughter of Gregory Peck, but she also Directed and Produced (and nearly fell victim to) a documentary series about the real-life horror that is the NXVIM cult called Seduced: Inside the NXVIM Cult.

Nothing to sneeze at. 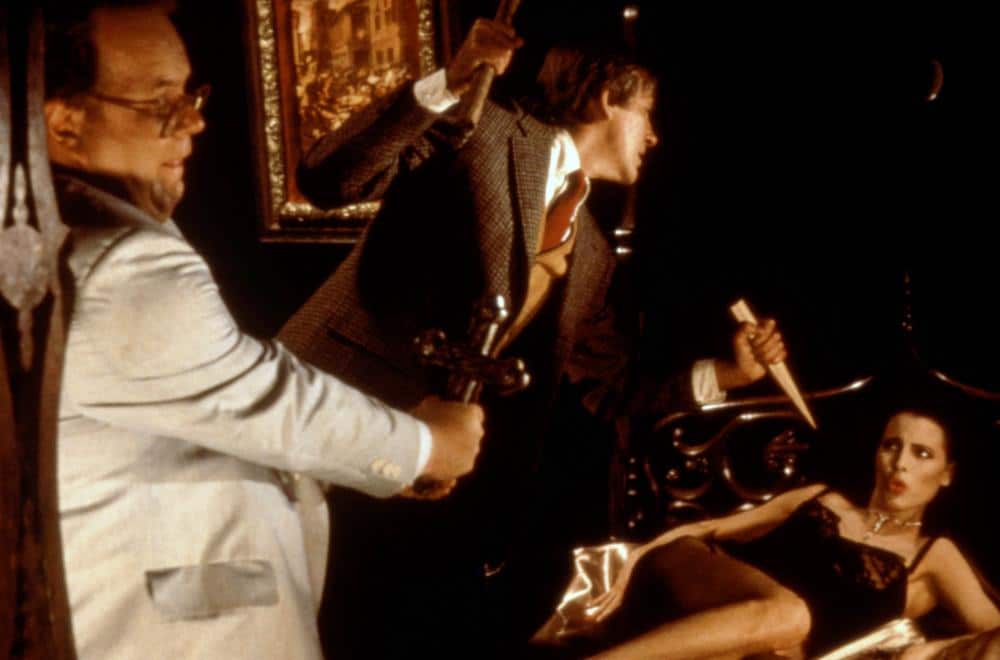 It’s a wonder how this didn’t launch Robert Sean Leonard (Jeremy) into the company of those like Anthony Michael Hall, Michael J. Fox, or other endearing eighties teen stars. He’s charming and funny.

I can’t think of many horror comedies that have knocked it out of the park in the same ways as What We Do In the Shadows did. Not to say it can’t be pulled off otherwise, but it takes a special type of writer/director combo to pull off the cross-genre nowadays. I would love to see more of it. A great sequel would be adding Werewolves to the mix.

Regretfully, no one has given this Horror/Comedy a proper high-definition release just yet, not in physical form at least. There are two DVD versions which could be had on the cheap. One released by Lion’s Gate as part of “The Lost Collection” series and a 4 film smasher with Repossessed, Slaughter High, and Silent Night Deadly Night 3 – Better Watch Out! You can also rent to stream on Apple TV, Amazon, Google Play, YouTube, and Vudu.