A beautiful transfer and brilliant sets make this familiar feeling, fifties horror a must-watch for fans of the history of the genre. 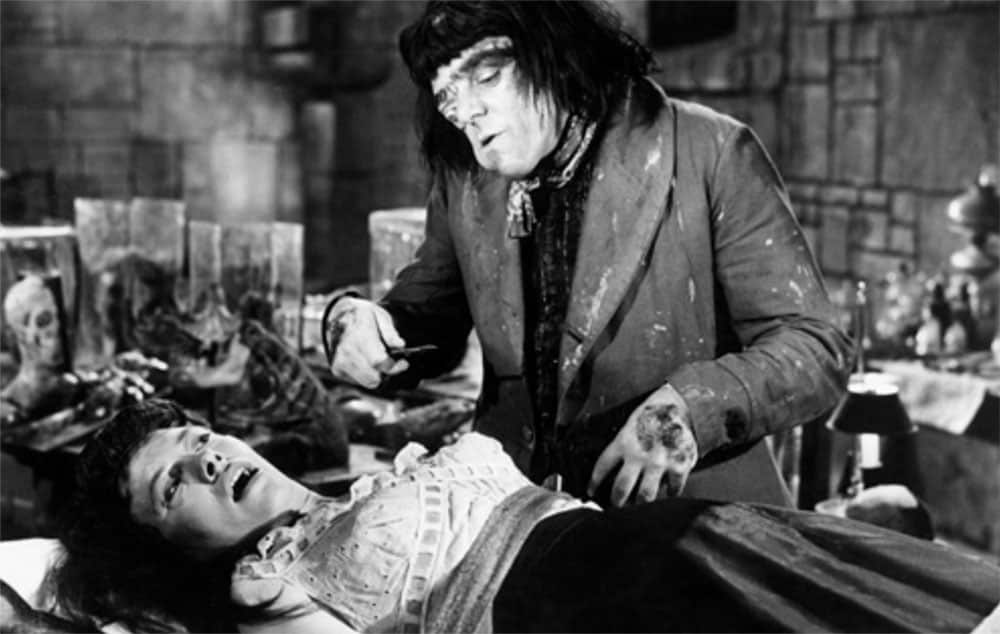 A scientist returns from the dead to continue immoral experiments on criminally insane prisoners. Let’s dig into 1958’s “Blood of the Vampire”, directed by Henry Cass!

I fully expected this to be in black and white, but damn am I happy it wasn’t.

The opening sequence, atop a mountain that is very obviously matte paintings but utilizes fans to create enough of a wind effect that the faux nature of the scene is suspended, is brilliantly colored; my font nerdism is completely showing. The bright yellow, hand-drawn font, over a stark white sheet stained with M3 blood red is great.

Great sets. Great props. Great costumes. Great music. It’s hard to ignore that many greats, but the movie as a whole rests in the “pretty good” zone.

The story feels like a mash-up of tidbits of all the Universal Monsters. A bit Frankenstein (bringing the dead back to life), a bit Pit and the Pendulum, a bit Hunchback, and of course some vampirism for good measure.

Supposedly this is the first horror film eternalized on VHS, by Magnetic Video, but beyond a wiki mention and a fan-filled entry in the IMDb trivia tab, I couldn’t find anything confirming that. Either way, a solid entry well worth a watch. Donald Wolfit (Callistratus) portrayed Svengali in the 1954 version of an 1894 novel by George du Maurier, titled “Trilby”. Undoubtedly an antisemitic avatar in that source material, the word Svengali has been in our lexicon for quite some time to represent a manipulative and controlling person and was portrayed by such accomplished actors as Peter O’Toole (1983) and John Barrymore (Drew’s Grandfather).

The Jewishness of the character was rightfully left out of those subsequent adaptations, as I’m pretty sure manipulation is not held in a monopoly by any specific religion. Wolfit was also featured in David Lean’s Lawrence of Arabia, alongside his fellow manipulator, O’Toole.

Barbara Shelley (Madeleine) holds Hammer credits in her CV as well as some classic horror tales like Village of the Damned (not the Carpenter version) and Shadow of the Cat.

You will scoff at the absolutely amateur makeup application on Carl (the Hunchback doppelganger). 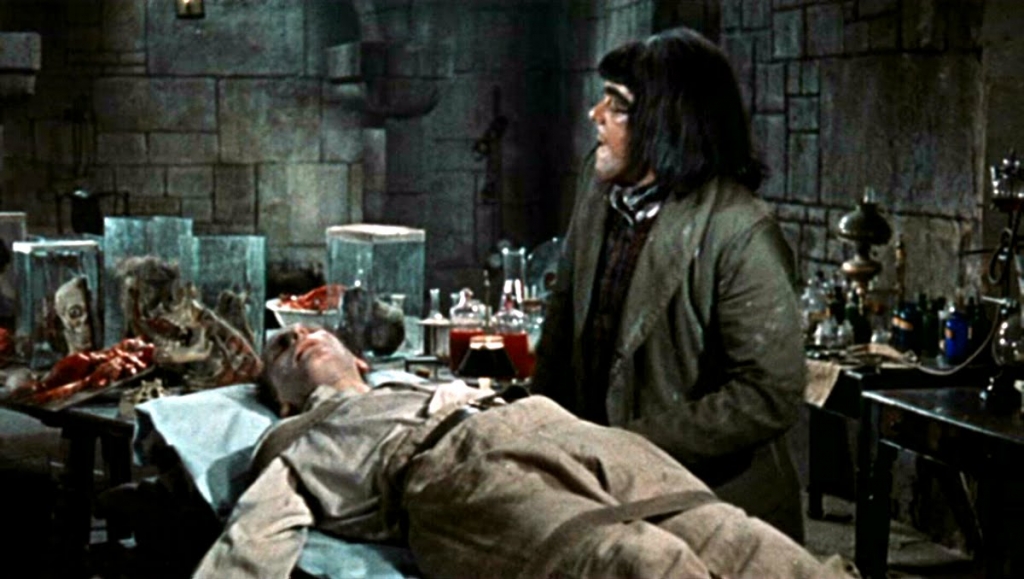 It’s a toss-up between Stanley Black’s score and the stunning look and set dressing in this release. It looks like a Hammer set, but it’s a self-contained studio owned by Alliance and was only used in a few horror films, out of the twenty filmed there.

With screenwriter Jimmy Sangster coming from Hammer Horror Films, there is a real derivative feeling to this story. It succeeds in walking the line between plagiarism and homage quite elegantly.

Scream Factory had the wherewithal to release a beautiful, “uncensored” version in February of this year on Blu-Ray. You can also stream on Tubi, AMC+, Fubo, Crackle, Hoopla, Pluto TV, Shout TV, and Plex.