A natural horror film that should have relied on camera tricks instead of special effects to make its killer creatures more scary than lame. 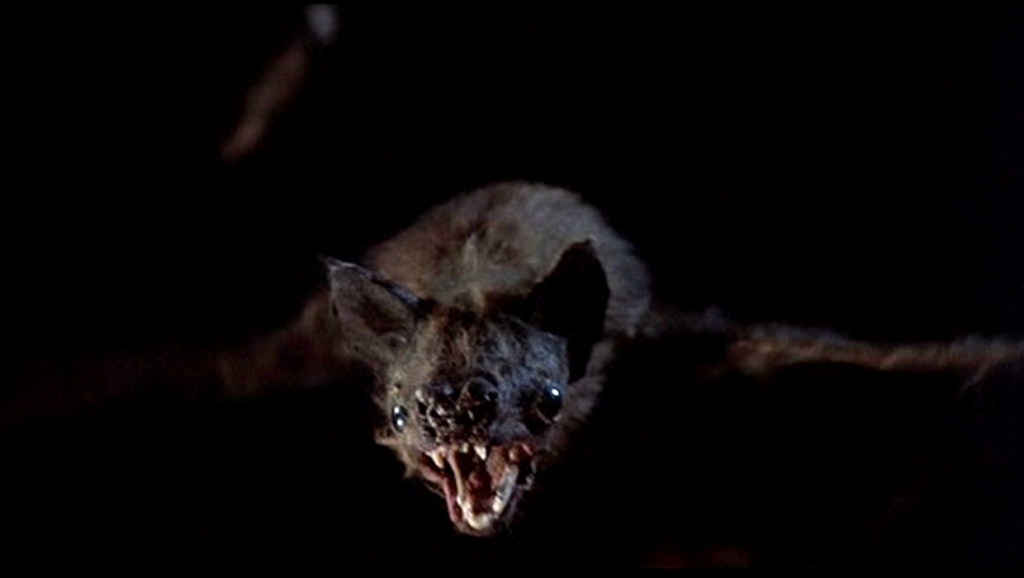 I’ll just summarize upfront by saying this film is good enough. An attack of vampire bats sounds like a fun premise.

I was hoping for a delivery on the promise of the world-ending curse that Abner (George Clutesi) speaks of before he dies. I was hoping for some honest revelations about the exploitation of both land and people who occupied oil-rich lands once they were herded into reservations by the federal government — who then realized how valuable that land was and began a campaign of murder and a nefarious eminent domain claim to steal it back. A

ll that is a true story and way more horrifying than any horror film (see the story of the Osage murders in the David Grann book “Killers of the Flower Moon” which is being turned into a film by none other than Martin Scorsese; after that, let yourself fall down the rabbit hole that is the Teapot Dome Scandal). 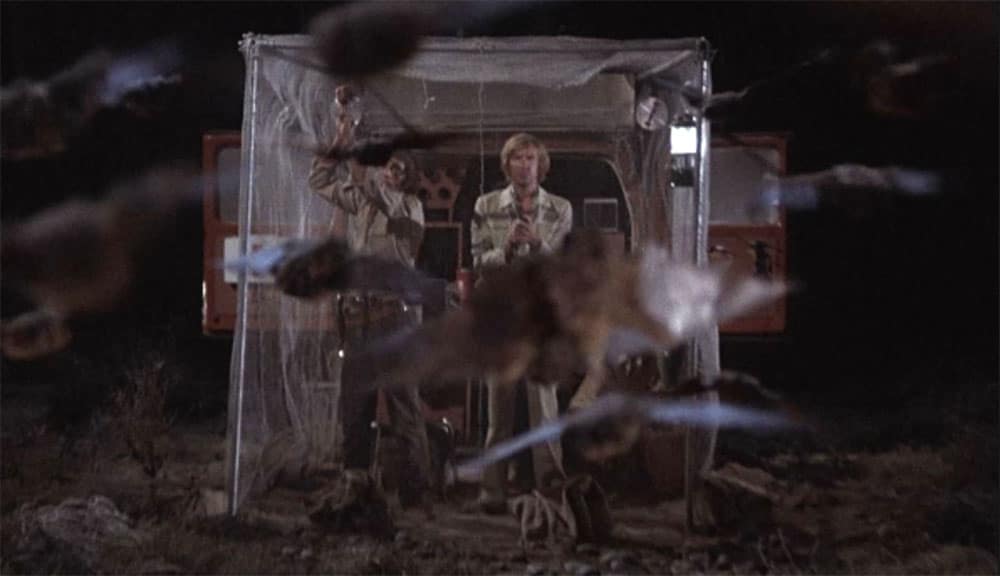 Unfortunately, on both those expectations, I was let down. They merely dip their toes in the water.

Choosing a director that had no experience in the genre led to very odd pacing, which works somewhat, but when you slow play horror there has to be some type of delivery at the end. There wasn’t.

Another out-of-type choice, Henry Mancini composing the music, does work completely for me. Known more for films like Breakfast at Tiffany’s, Mancini is a master at mood. And though he is at his best scoring the comedy of Peter Sellers (The Pink Panther), it’s clear his expertise is not limited.

Many things could have been better. Many things are good enough. The bats weren’t.

I don’t keep a running tab of actor appearances on the Dig, but David Warner (Phillip Payne) has got to be in the running for most frequent. I loved him as the professor in TMNT II – The Secret of the Ooze as a kid and had no idea how prolific of a genre career he’s had.

Stephen Macht (Walker Chee) is the type of Dad that would let you sit on the roof eating burgers watching a horror flick from the nearby drive-in theater. At least in Monster Squad, he was. 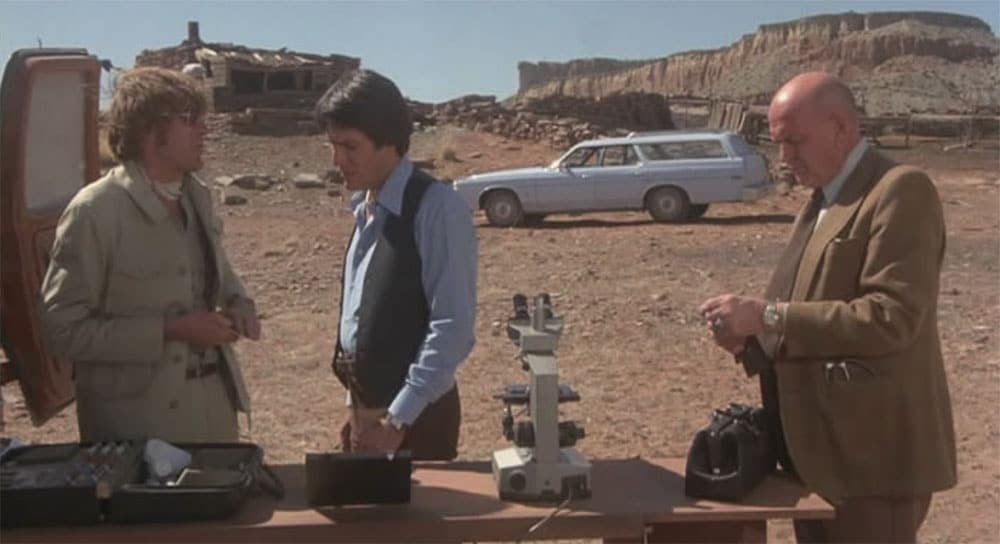 I understand the plan to hire award-winning effects guru, Carlo Rambaldi. His work on E.T. alone makes it a smart choice. For me, his creative experiments on Primal Rage made me fall in love with his work. Unfortunately, this wasn’t the right film for him. The bats look like a mix of stop motion and some shitty Flash Gordon scene. They would have been better served using tricks like Night of the Lepus.

As hunky as Nick Mancuso (Duran) is, I’ve got to bow to the original poster for the film. Signed by artist “R Graves”, I had trouble finding any information further than that, but damn is the art amazing.

A movie about bats spreading death and disease? Maybe we can call Contagion the unofficial sequel/remake, which became a much more realistically terrifying film than any vampire fever dreams could have conjured.

Mill Creek Entertainment released a double feature Blu-Ray along with Shadow of the Hawk and it is less than $10 right now on Amazon. UK-based Eureka Entertainment has the same double feature available with some new artwork on a slipcover from artists Darren Wheeling. You can also rent to stream on Apple TV, Amazon, Vudu, and Google Play.