On the anniversary of its release (April 27, 1956), we celebrate “Godzilla, King of the Monsters” and the legacy of Gojira, the kaiju King. 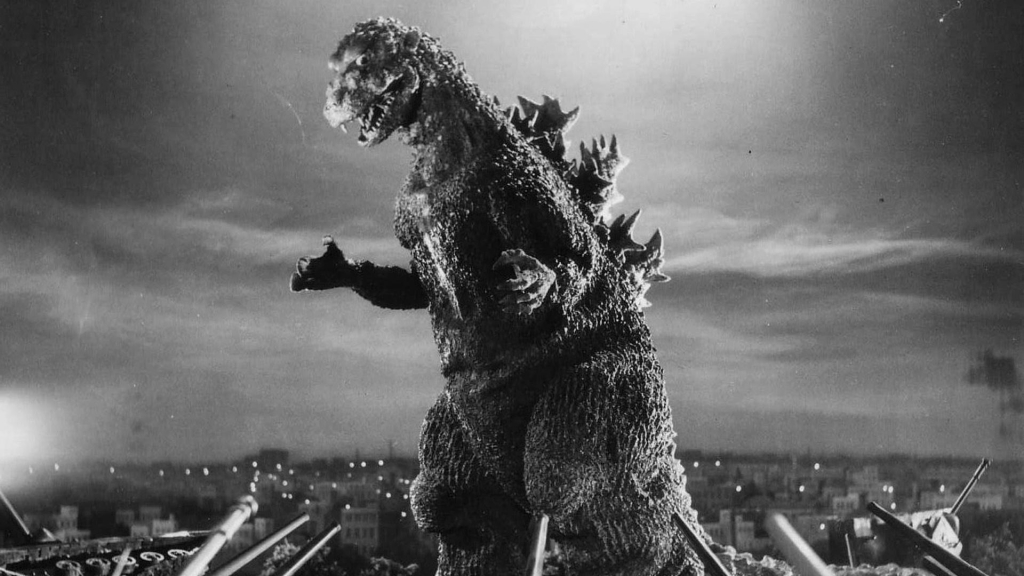 Godzilla has undoubtedly made his impression on horror history. The franchise is considered one of the longest in movie history, from the original Japanese version, Gojira (1954), to the 2019 American remake.

Godzilla became part of the pantheon of classic horror movie monsters alongside the Wolf Man and the Creature from the Black Lagoon’s Gill Man. But when I look back on the iconic, giant amphibian, I see something different. Like all horror monsters, Godzilla is the embodiment of very real fear — in this case, the fear of nuclear holocaust.

The movie was released in Japan in 1954, which was only nine years after the United States detonated atom bombs over two Japanese cities, Hiroshima and Nagasaki. In August 1945, these bombs killed an estimated 129,000 to 226,000 people; many of the victims were civilians.

According to a 2020 NBC News article, “‘Godzilla’ was a metaphor for Hiroshima, and Hollywood whitewashed it,”  the American version of the film was altered. Released in America in 1956 as Godzilla, King of the Monsters, much of the film’s anti-war message was watered down.

NBC News reports that, in Japan, many of the audience members left in tears while American audiences took Godzilla as a fun monster flick. William Tsutsui, author of Godzilla on My Mind: Fifty Years of the King of Monsters, told NBC Asian America that “Most Americans think if you left the movie in tears, it was just because you laughed so hard.”

However, rewatching the American version of the movie for the first time in years, I can’t say that I got many laughs out of it. 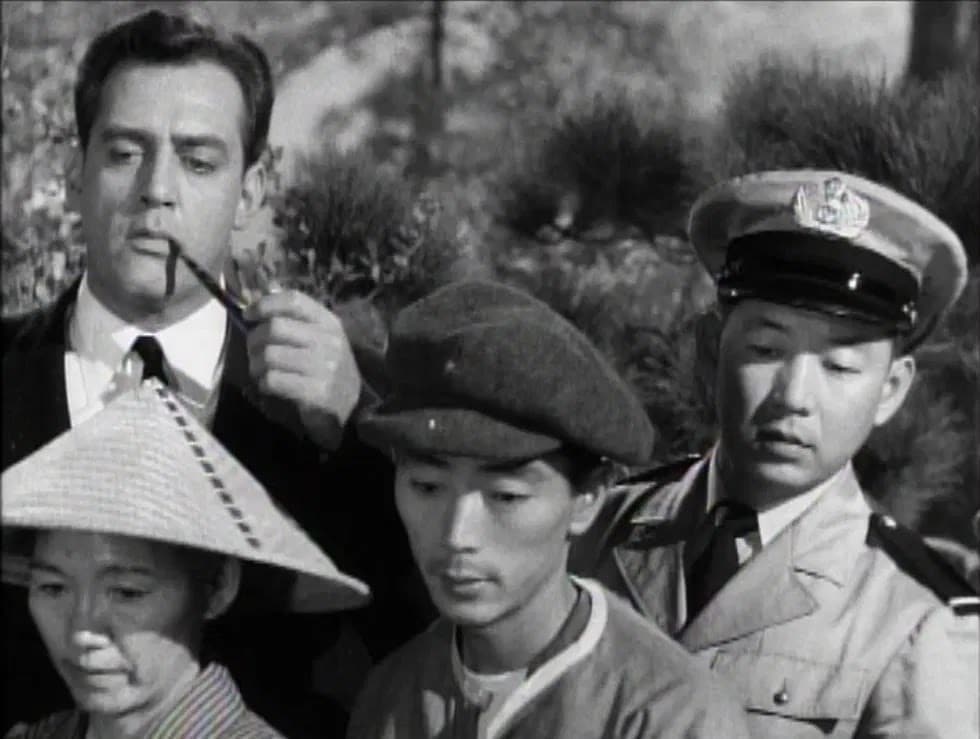 If anything, the movie ended on a somber note for me. But if there’s anyone who hasn’t seen this film, I want to keep this spoiler-free.

The American version of the film is told from the perspective of an American journalist, Steve Martin (Raymond Burr) who stops off in Japan on his way to Cairo. Told in flashbacks, Martin gets caught up in the chaos that is Godzilla.

Godzilla is part of the lore of the people of Odo Island. Godzilla lives in a cave in the sea. During ancient times, villagers regularly sent a young girl out on a raft as a sacrifice to Godzilla.

Mostly dismissed as a fairytale, the people learn that Godzilla is very real. Godzilla is traced back to the Jurassic age and it is determined that he was awakened by hydrogen bomb testing by the United States.

There are many interpretations of Godzilla but all reach the same conclusion that the creature is a physical embodiment of our fear of nuclear holocaust. Godzilla could be interpreted as a monstrous physical manifestation of the destructive force of the hydrogen bomb. Another interpretation (and the one that I lean towards) is that Godzilla is a force of nature.

Bomb testing has disturbed nature and awakened a prehistoric creature, a primal force that tears through a modern city, ripping apart all of the modern structures created by humans. Godzilla seems more determined as human soldiers fire at him with modern weapons.

Godzilla, King of the Monsters spawned one of the longest-running franchises in movie history. The American version was co-directed by Terry O. Morse with Ishiro Honda, director of the original movie.

It all started on a flight back to Japan from Indonesia. Tomoyuki Tanaka, a movie producer with Tohu Co., Ltd., was on his way home from an unsuccessful meeting with government officials in Indonesia. Tohu wanted to produce a film called In the Shadow of Glory in 1954 about a former Japanese soldier stationed in the Dutch East Indies during the Japanese occupation of Indonesia.

Because of political tension between Japan and Indonesia, the government refused to grant visas for the Japanese cast and crew.

This left Tanaka in a bit of a bind. He needed to quickly come up with another movie idea. During his flight home, Tanaka got the idea for a movie inspired by a 1953 monster movie, The Beast from 20,000 Fathoms, in which a nuclear blast awakens a 200-foot dinosaur.

Another source of inspiration cited is a real-life event, the Lucky Dragon 5 incident on March 1, 1954.

The United States conducted hydrogen bomb testing at Bikini Atoll. The Lucky Dragon 5 was a Japanese tuna fishing boat that was contaminated by the fallout. The crew suffered from radiation sickness. One crew member died due to complications of radiation sickness, chief radioman Kuboyama Aikichi, on September 23, 1954. 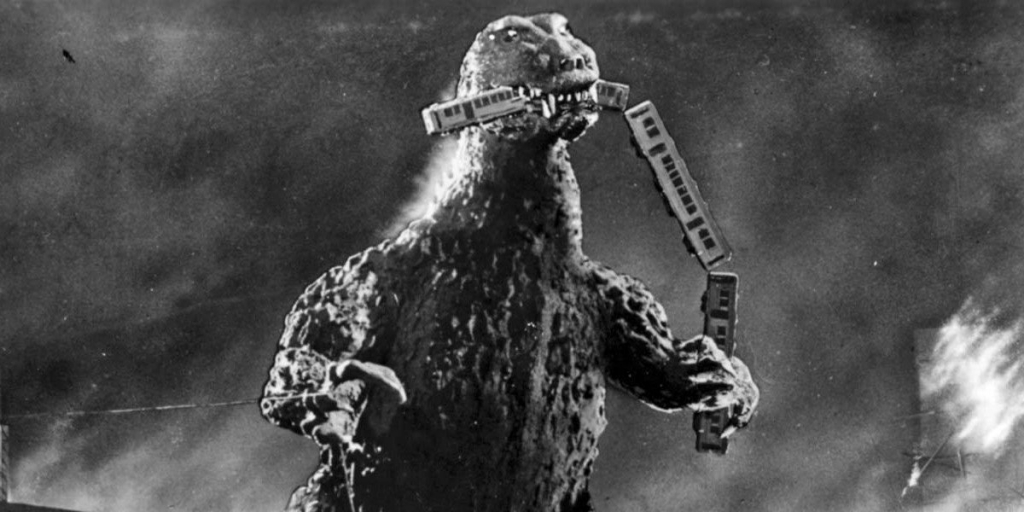 However, the movie would take longer to complete. So, he decided on having an actor in a suit on a set of miniatures.

Godzilla, like The Creature of the Black Lagoon’s Gill Man, was played by two actors, Haruo Nakajima and Katsumi Tezuka, each wearing a suit constructed from latex.

The suit was so uncomfortable that the actors could only wear it for three minutes at a time. The crew had to drain cups of sweat from the suits and give them a thorough cleaning between wears.

Two hand puppets were also used in some scenes including the first scene where Godzilla’s face is seen over the top of a hill.

Godzilla, King of the Monsters was just as successful in America as it was in Japan. It was the first commercially successful Japanese movie in America and the fourth foreign film to have grossed more than $1 million at the American box office.

Ttogether, Gojira and Godzilla, King of the Monsters spawned one of the longest-running franchises in movie history. From his first blast of radioactive breath, Godzilla made a lasting impression on audiences and has been part of pop culture from 1954 until 2019, and, most likely, for many years to come. 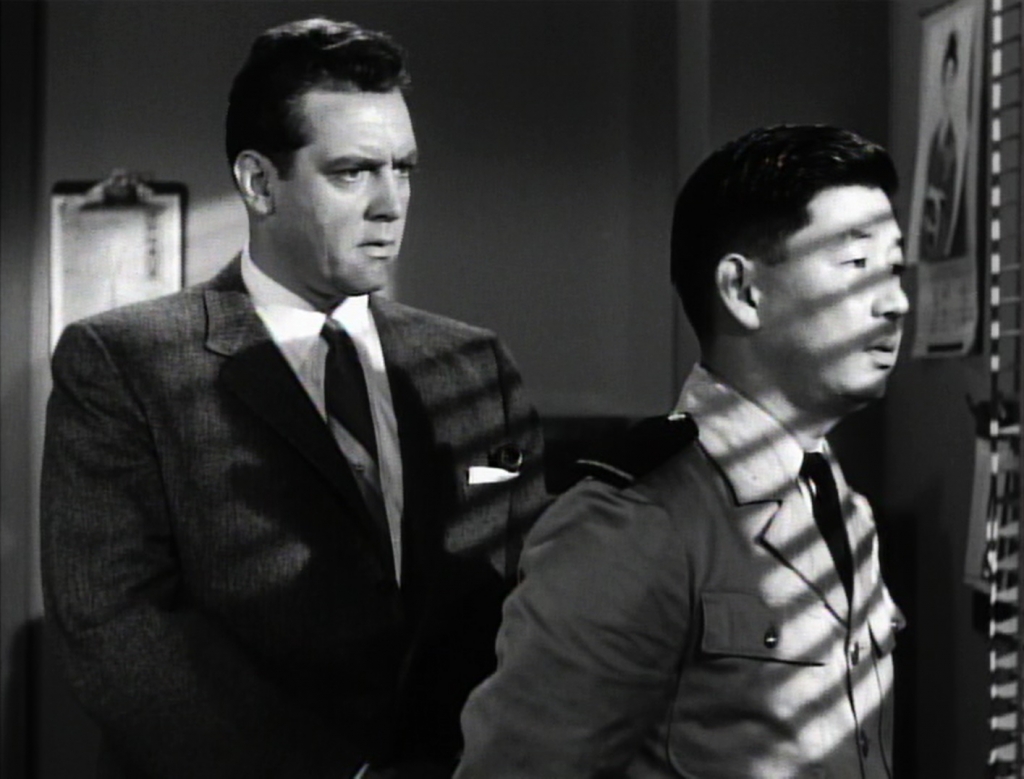 1. The name Godzilla comes from Gojira, which is a combination of two Japanese words: gorira “gorilla,” and kujira, “whale.”  Gojira was a nickname given to a man who worked in Toho’s publicity department. According to Honda, the man was given the nickname for his large physical size.

2. Godzilla’s distinct sound was produced for the original movie by rubbing a pine tar-coated leather glove over a double bass string.

3. Godzilla was originally supposed to be an octopus.

4. Godzilla almost went up against Batman. This crossover was discussed but never went into production.

5. Godzilla did go up against Marvel’s Avengers and the Fantastic Four in a 24-issue comic book series from 1977 to 1979.

7. Godzilla appeared in Nike ads in 1992 with basketball star Charles Barkley. The commercial was also adapted into a comic book.