Psychologically profound with a flair of romanticism you wouldn’t expect from a gruff truck driver, “Road Games” proves itself entertaining. 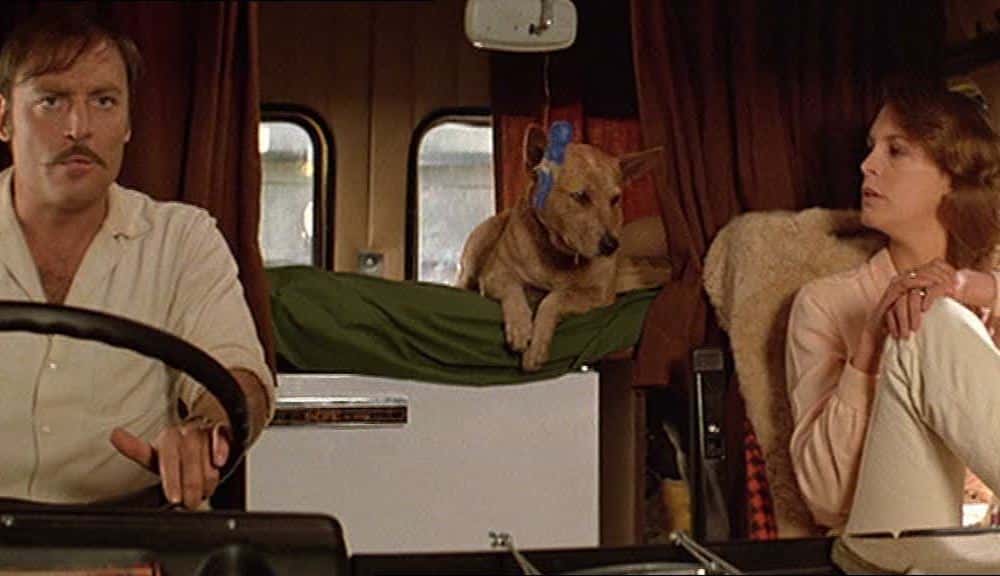 An American truck driver working in Australia chases a man he suspects of killing hitchhiking women along the road. Let’s dig into 1981’s “Road Games”, directed by Richard Franklin!

Shamefully, one of the greatest assets to the production – the Australian countryside – was amorphous and could have been any desert road in any country. Though it does serve its purpose of creating a sense of isolation, which juxtaposed with the vast landscape makes for a disarming sense of doom, the inimitable outback is not used to advantage.

Equally bemusing is the casting of two American actors in an Australian production. I’ve read the Australian Actors and crew were not so amused with the notion either. None of this takes away from the high-end performance turned in by Stacy Keach as Quid, the truck driving, serial killer chasing, dingo having, protagonist. Though Jamie Lee Curtis gives a self-assured almost phlegmatic exhibit of the damsel in distress, her screen time doesn’t quite warrant what was reportedly a role taken from an Australian actress that the studio denied to bank on American profits over diplomacy.

Despite all these confounding elements, the result is a solid, philosophical, disorienting slasher hybrid film. 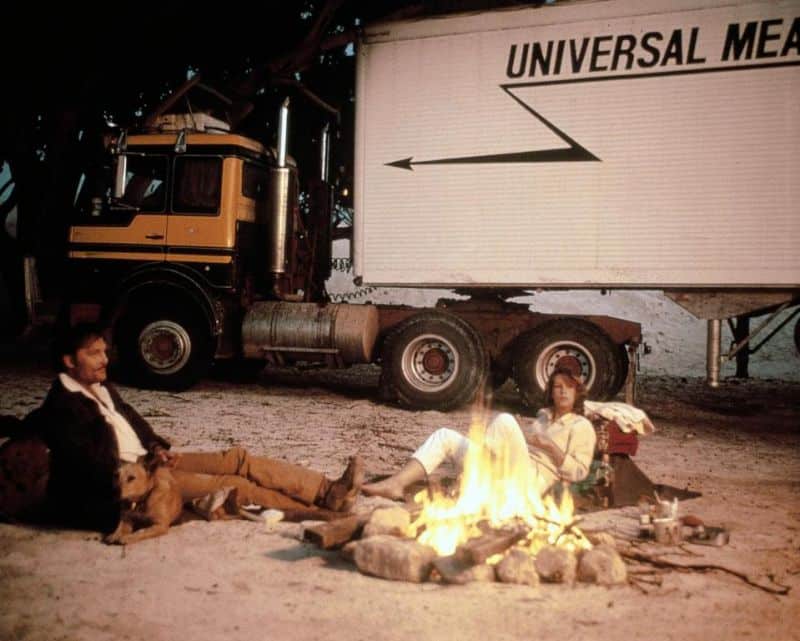 Hunting the killer heightens the tension instead of deflating the danger. Quid’s paranoid descent fueled by being overworked and under rested, rings true to anyone who’s spent time driving a long distance; struggling to keep your eyes wide as Yucca Palms seem to lurch from the darkness into the single lane road.

Another surprisingly effective element is hearing about the murders over the radio, rather than seeing them. You would not expect it to have the same impact, but it does. Using Quid’s pet Dingo as the Deus ex Machina, I should have seen that coming. I didn’t! Figuring out why the Killer and the refrigerated truck driving autodidact, Quid, are always in the same place… I should have saw that coming ,too. Bloody brilliant. Genius, I would venture.

It’s not a bloody spectacle, nor filled with high impact action (though it has chase scenes aplenty), but my mind was properly molested regardless. 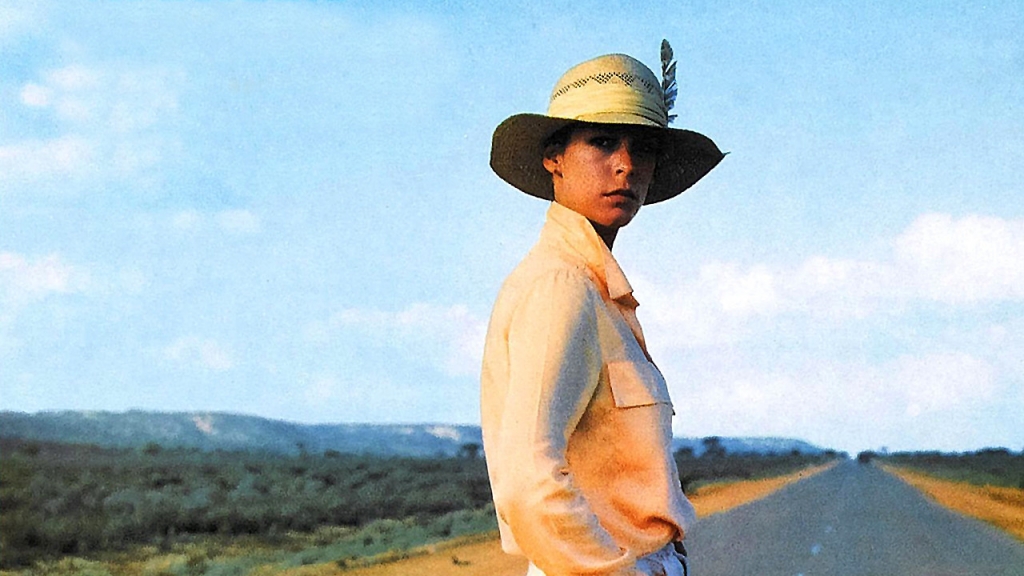 Jamie Lee Curtis needs no introduction in these parts.

Stacy Keach (Quid) with overgrowing hair will never leave my mind, in “Hair” a segment from John Carpenter’s fun as hell Body Bags (1993), but he’s enjoyed a long and successful career across all genres.

While there are a handful of bare breasts displayed throughout the film, and even a scene of a pathetic reprobate defiling an unconscious patient, the most gratuitous of elements seem to be the kills. There are more creative ways to go about it than shoving everything through the chest cavity (a handgun! And a cattle prod).

Jamie Lee Curtis dumps the vulnerable traits of characters past for the confident and powerful Hitch, and it only serves to heighten her charm.

There is not a long enough gestation for me from discovery that it exists to watching this film to put me in the mindset of a remake. I would rather lobby for you to give this a go.

Scream Factory released a Collector’s Edition Blu-ray — or it’s available to rent for streaming on Google Play, Amazon, and YouTube.