Using the early 80’s slasher template “X-Ray” — also known as “Hospital Massacre” — fills the screen with plenty of blood and scares but no frills. 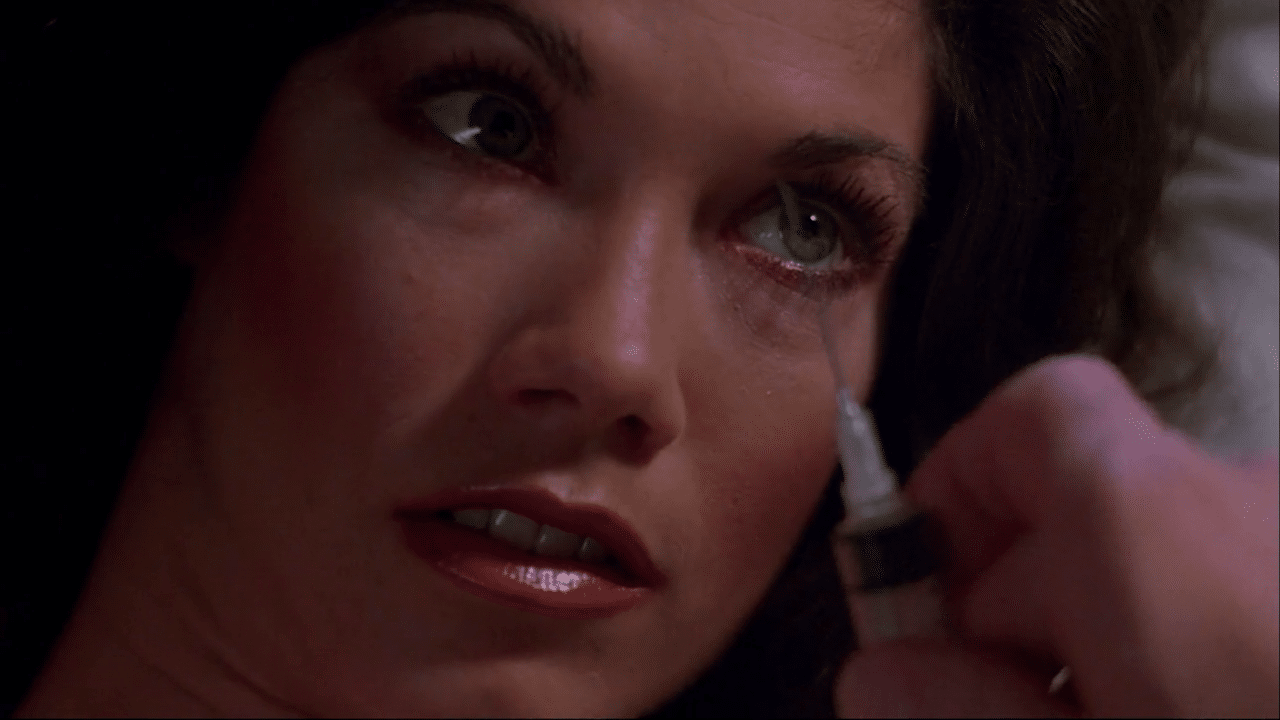 A routine hospital visit turns into a nightmare for Susan as she’s stalked by a psychotic killer who’s been in love with her since they were children. Let’s dig into 1981’s “X-Ray”, directed by Boaz Davidson!

I chose to lead with the X-Ray title because that’s what came up on the version of the film that I watched, though it seems that Hospital Massacre is more frequently used. Banking on the slasher template, which was successful at the time, the filmmakers colored in the lines and cast a knockout who could act. The result is a very watchable yet not a transcendent piece of work.

One of only a handful of horror films set during Valentine’s day, they mercifully don’t run the clichés into the ground. A scorned young suitor named Harold copes with rejection by killing. First, he impales his would-be valentine’s brother on a coat rack. When he and his interest, Susan, are grown up, he waits for just the right time (when she has an innocuous appointment to pick up test results at the hospital) to finally get her back for laughing at him.

It is all a bit ridiculous, but that’s what these films were supposed to be. Little sense; lots of blood and nudity. 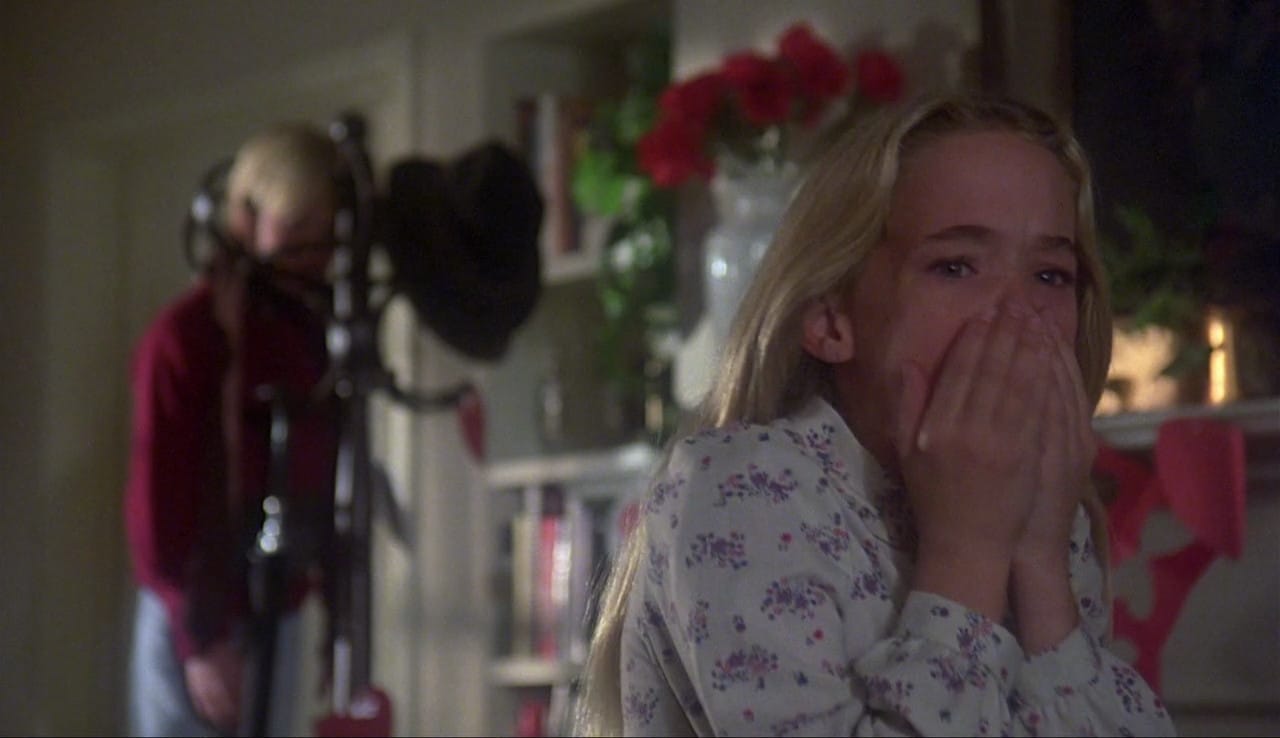 The kills are rather pedestrian and predictable for a slasher set in a hospital. The severed head in the red gift box was obligatory and fun. Even though there was a small twist to “who” the killer was, the surprise was gelded by the fact that we always knew it was Harold, we just didn’t know what he looked like grown up.

Something that must be highlighted is the work by composer Arlon Ober, who turned in an unheralded score that deserves more attention and a modern release. Haunting chants really accentuate the film, and it hold its own even with heavyweights like Bernard Herrmann. I wonder if Michael Abels, who created the terrifying score for Get Out, had any knowledge of this one as they both make the same hairs on my neck stand at attention. There is even a hint of Goblin in there.

Though she never again graced the horror screen, Barbi Benton enjoyed a successful career as a TV star in Fantasy Island and The Love Boat.

Because of her resume, Barbi Benton most likely wasn’t uncomfortable being nude as much as she was, but it is reported that the “audience” for shooting on those days was larger than normal. The exam scene dragged on for quite a while and was clearly crafted to spell out Benton’s anatomy in minute detail. 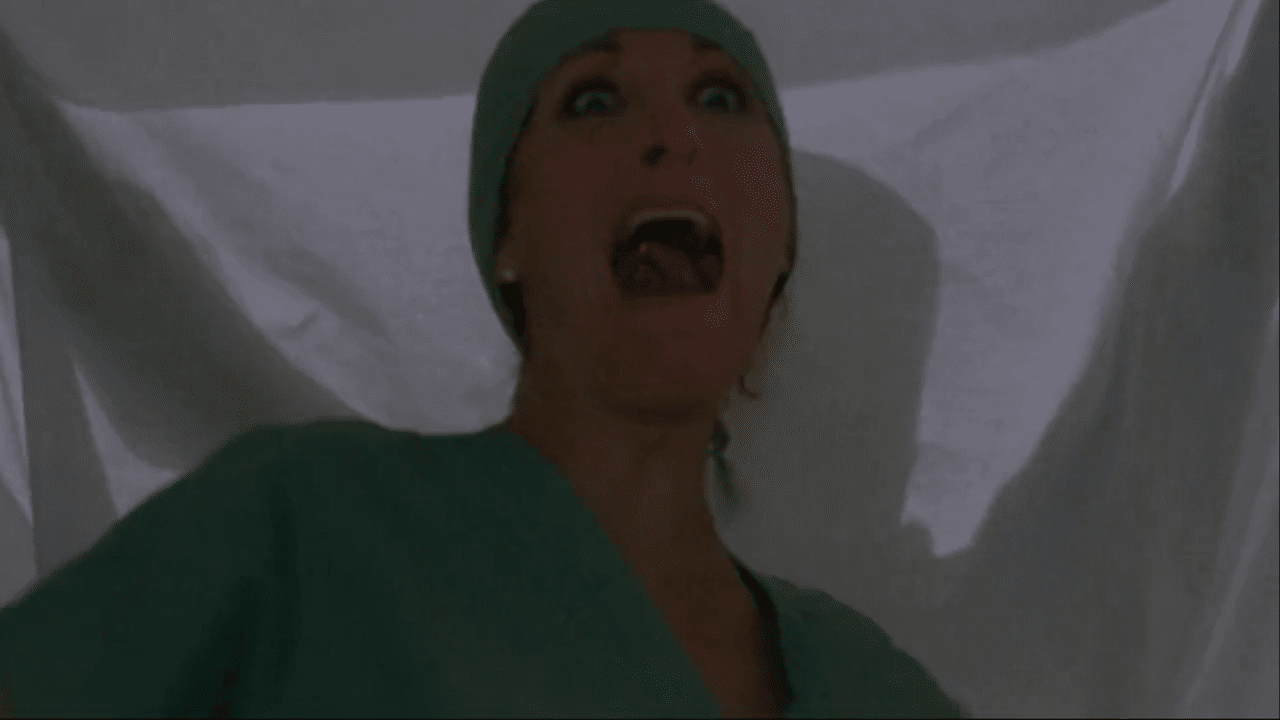 Barbi Benton has graced the world with her beauty for seventy years and counting. She’s enthralling and has intense eyes, which play wonderfully for the genre — though, unfortunately, this was her only horror gig. She was a long-time squeeze of Hugh Hefner and was featured in his magazine numerous times. She also was a recording artist with a top five country hit in the 70s.

Done to death. Literally. An 80s slasher throwback that doesn’t take itself seriously could be fun, but make sure you summon Benton from retirement. Her charm would be vital.

Shout Factory released a double feature Blu-ray with David Paulsen’s Schizoid (1980) that can be had in the secondary market for a half bill, or you can stream under the Hospital Massacre title on Amazon Prime.