“Scalps” is an early slasher from Fred Olen Ray, who shoots like the guerilla version of Roger Corman. Style is king, execution be damned. 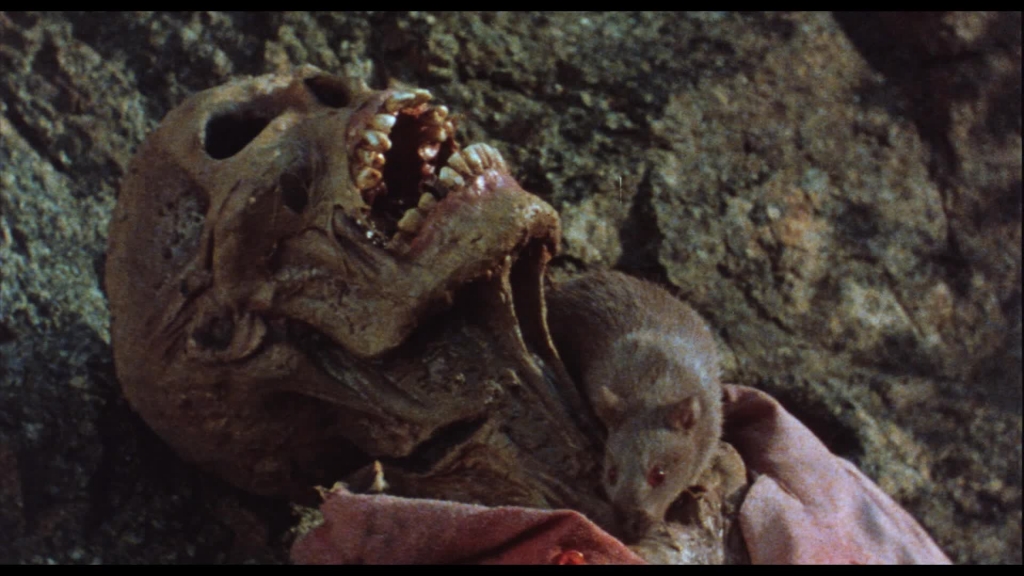 A group of Archaeology students dig on the site of an Indian burial ground, disturbing a vengeful spirit who possesses one of them and goes on a murderous rage. Let’s dig into 1983’s Scalps, directed by Fred Olen Ray.

You would be hard pressed to find someone that keeps busier than Fred Olen Ray. He’s made over 150 films since 1985. Sometimes making upwards of four in a year. Of course, “…there is no evidence that quantity becomes quality in matters of human expression or achievement.” (Jaron Lanier).

That’s not to say that Ray hasn’t made anything worthwhile; Scalps being a prime example.

Yes, it has a home movie look to it most of the time, but it’s also really stylized. There are a few tricks (A tracking shot through the desert; a slow motion kill with that extra second added for awkwardness) that Ray uses that seem they could have been inspiration for Rob Zombie. Nothing comes out as gore-geous as Zombie’s work, but there are some frank efforts at artistry.

The performances by the actors are as bad as they can be. No quarter was given on the cheese factor. At some points, the score and background noise drown out the dialogue. It’s a sloppy mess that reportedly saw a final cut from the distributor, leaving Ray to forever have claim to a “better version”.  I’m still trying to figure out what the Lion-headed spirit, a la The Island of Dr. Moreau, was there for. 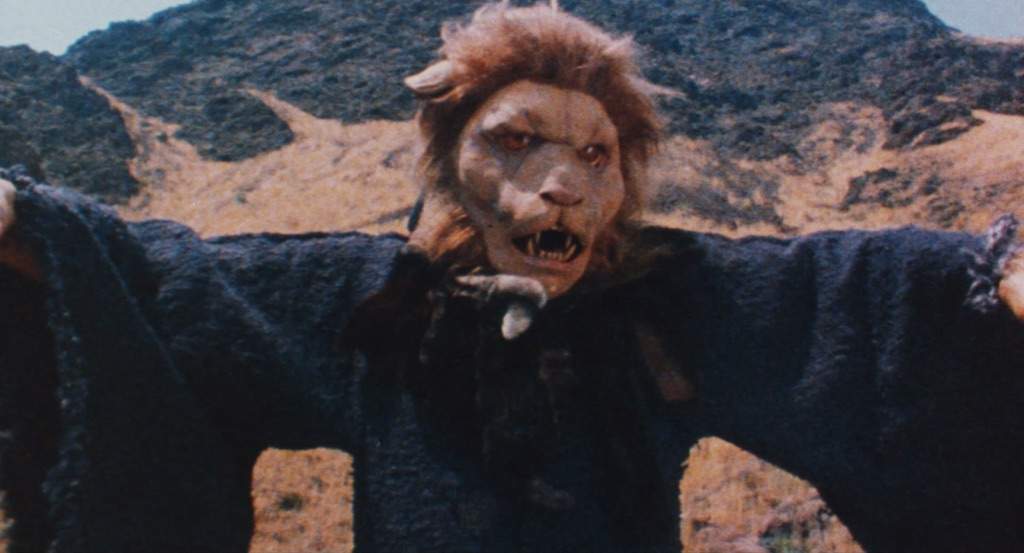 Forrest J. Ackerman makes a small cameo in the beginning portion of the film. Uncle Forry brought us Famous Monsters of Filmland. The precursor to genre bibles like Fangoria, Famous Monsters is responsible for so much of the colorfulness of our culture, with a large helping hand from the legendary Basil Gogos and his brilliant covers which featured multiple light sources and an impeccable palate. Forry even holds a copy of his Mr. Monster’s Movie Gold as a prop.

A rape scene is seldom useful. Not that such a scene doesn’t ever serve a purpose — ripe for displays of strength beyond comprehension, and fortitude. However, it’s maddening how heavily the scales tip towards gratuitous nature in general.

DJ, played by Jo-Ann Robinson, has that PJ Soles cute factor that makes her easily lovable. 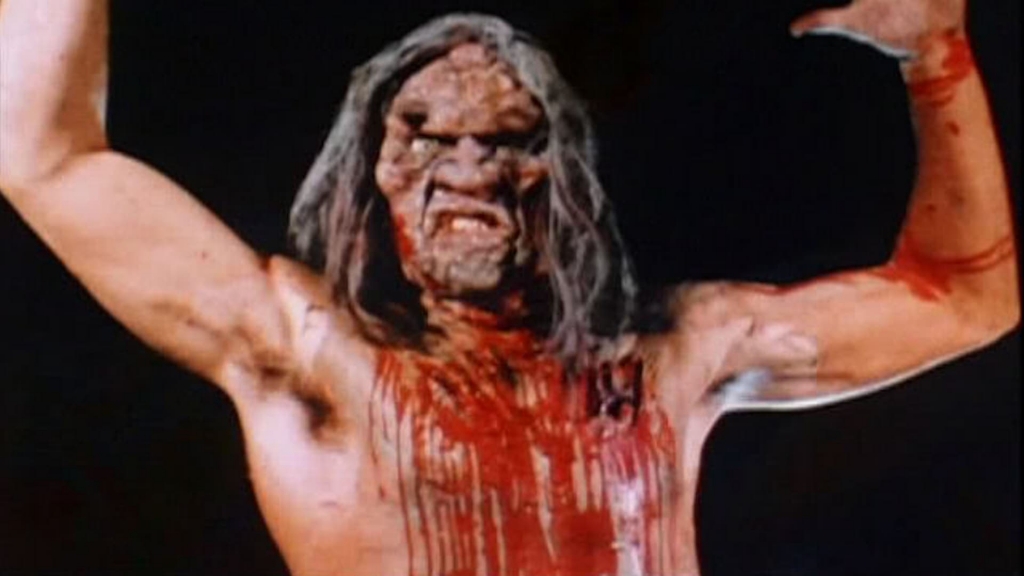 The premise is very workable. I can imagine a contemporary script weighted down with allegory having some success.

The end credits promise a sequel to be titled Scalps II – The Return of D.J., but Ray states he would often promise sequels he had no intention of filming. To satiate the need for more Scalps, there is a fan made sequel. There is also an unsearchable and unofficial remake from 2004 called Blood Desert by Stegath Dorr (aka James Wagnor). Both have proven impossible to track down, most likely because Blood Desert was released straight to TV in Kuwait.

Retro Media in conjunction with 88 Films, put out an Amazon exclusive Blu-ray with a solid amount of extras to dive into. It is also available to stream on the app Flix Fling.