One of the must see films of 2020, “His House” is a riveting and terrifying tale of survival — a haunting battle between internal and external demons. 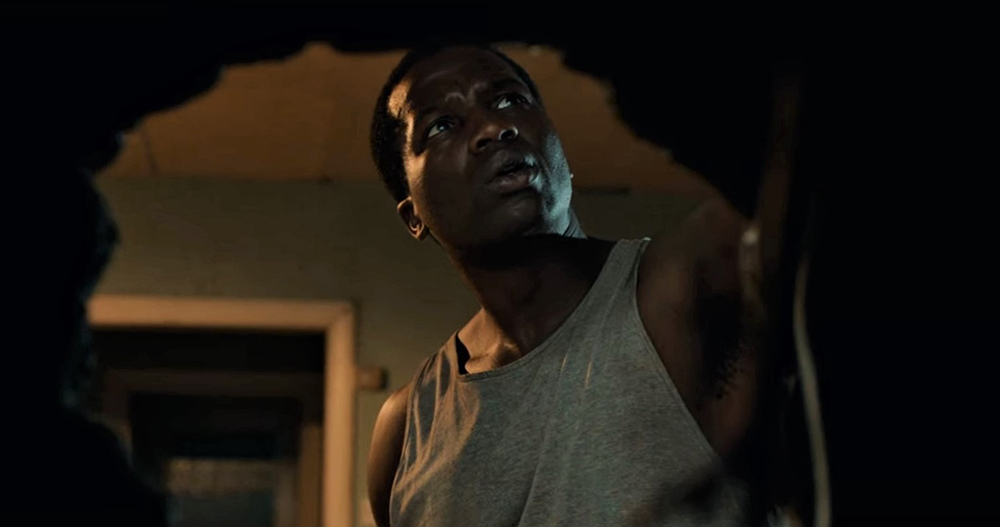 Horror movies have never shied away from social and political commentary, which is one of the reasons the genre continues to remain so relevant. When a film can both carry a powerful message and still scare the pants off you, then you have potential for a real classic. His House is without a doubt one of those films.

Writer/Director Remi Weekes takes a story developed by Felicity Evans and Toby Venables and crafts it into a masterpiece of terror, drama, and survival that is at its core a very real human story.

His House tells the tale of the harrowing journey of a husband and wife, Bol (Sope Dirisu) and Rial (Wunmi Mosaku) escaping genocide in South Sudan. We first meet them once they’ve reached their final destination, hoping to secure asylum in Britain. Yet their new home is hardly a place of refuge, even compared to the bloody war-torn landscape they left behind.

The house they have been provided is filthy and dilapidated, the neighborhood is grey and full of strange hostile faces, and the town stretches out around them like a disorienting maze of concrete and drab buildings. Meanwhile, they remain under constant scrutiny by the refugee agency and their jaded case worker (Mark Essworth) to be on their best behavior, lest they lose their coveted spot in the UK and be turned out to once again fend for themselves in a perilous world.

Bol is determined to turn this strange new land into a real home, eager to acculturate and leave the past far behind him. 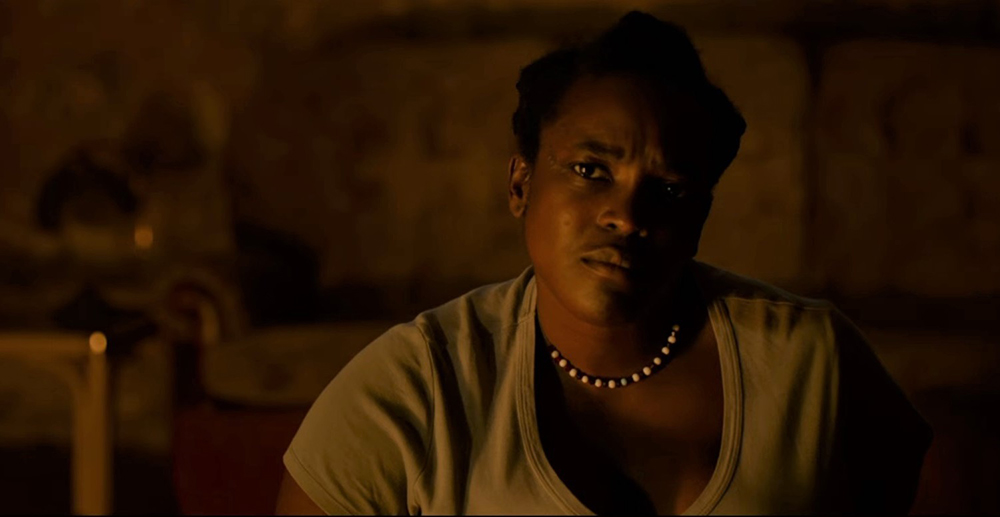 Rial, on the other hand, struggles to see a future there and pines for the life and people she left behind. Both of them are wracked with grief and guilt over the loss of their daughter, Nyagak, who did not survive the treacherous journey across the ocean when their raft capsized.

As their discomfort in their new surroundings grows, the house itself becomes increasingly inhospitable.  Bol begins to hear noises behind the walls, and to see things peering out at him from the cracks and holes of the crumbling building. As the days go on, the ghosts that inhabit the residence refuse to give him and Rial any peace, and they realize that they may have unknowingly brought an unwelcome visitor along with them.

Rial soon recognizes the presence as an apeth — a vengeful night witch, who will not rest until a debt is repaid.

We are so often flooded with stories in the news about migrants that it often becomes easy to see terms like “refugee” and “asylum seeker” as political talking points rather than as actual people. 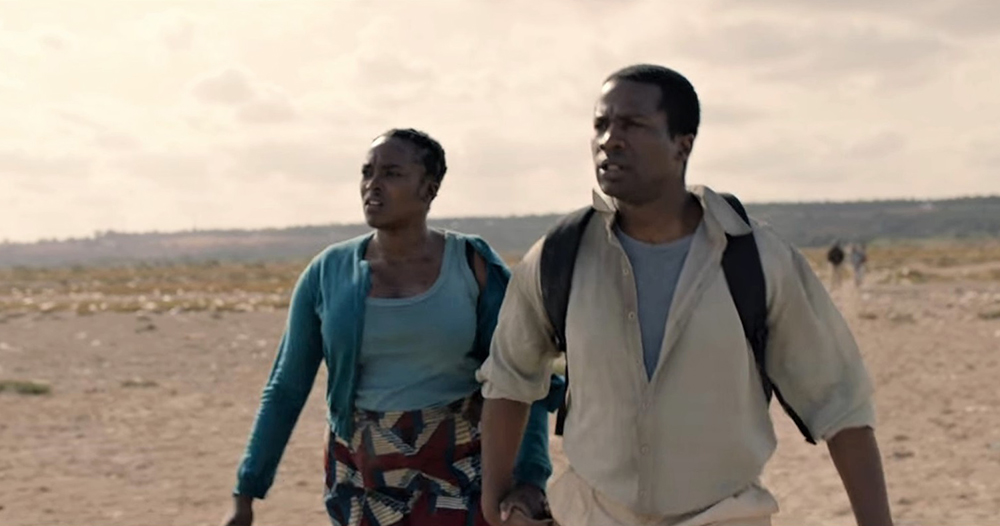 No matter one’s stance on whether or not to allow immigrants into a country, it is important not to lose sight of the human faces and stories behind the issue.

They are people who have found themselves in a desperate fight for survival; people who have made decisions they never thought they would have to make and done things they never believed they were capable of doing; people who struggle to define the concept of home and who are never certain where they belong; people who will forever carry memories of the images and sounds and smells of pure terror, but whose survival in a new culture will depend on carrying on like those memories do not exist.

Most importantly, they are people who will never forget the things they left behind and the others who did not make it out.

In His House, trauma, guilt, alienation, uncertainty, and an oppressively permeating sense of survivor’s guilt are consistently palpable throughout the story. 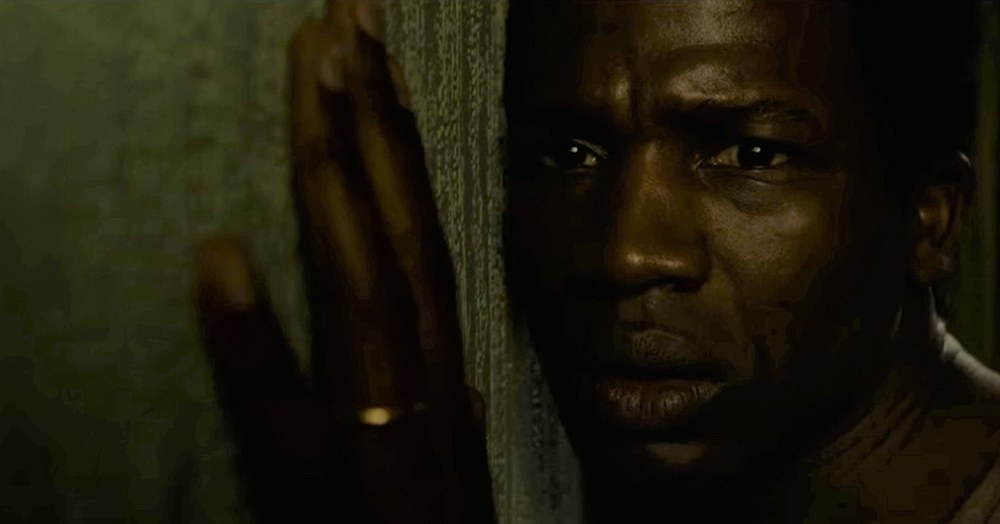 As a result, it’s hard to walk away from the film without feeling as conflicted about the world as Bol and Rial.

The film artfully conveys fear, sorrow, desperation, and regret in ways that are undeniable and universally relatable. Dirisu and Mosaku are hauntingly troubled as Bol and Rial, each conveying in very different ways a shared sense of suppressed pain and rage that only occasionally flits to the surface by way of a subtle change in the eyes or tensing of the voice.

Even though the ghoulish night witch is genuinely terrifying enough to make you want to sleep with the lights on, the real unshakable horror comes from the emotional wounds lurking just beneath the surface.

As Rial so bluntly states, “After all we’ve endured, after what we have seen — what men can do — you think it is bumps in the night that frighten me?”