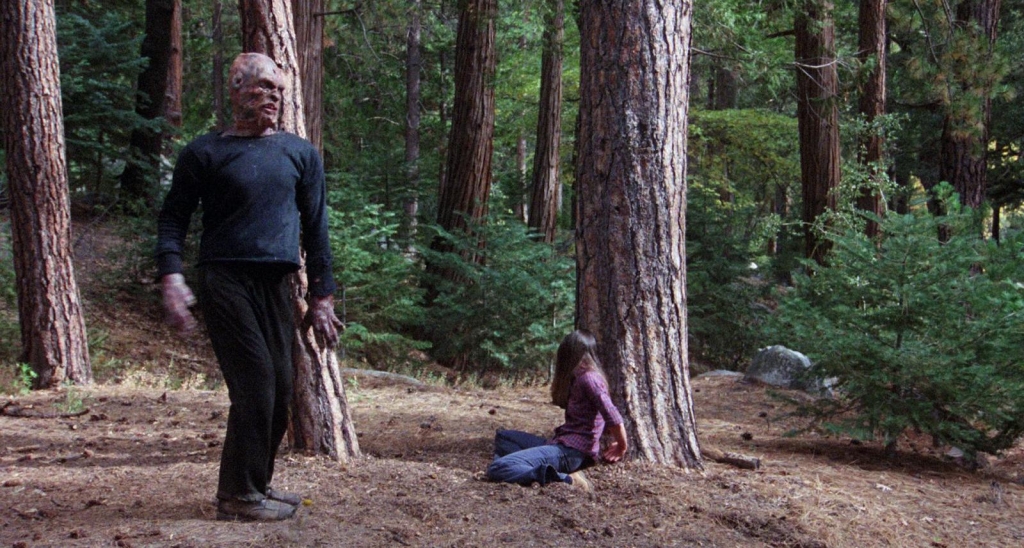 A group of camping couples runs into a deformed monster in the California wilderness. Let’s dig into 1983’s “The Prey”, directed by Edwin Brown!

Technically a seventies film, The Prey was delayed four years until it finally saw various methods of release before going dormant until Arrow gave it a proper showing in 2019.

There are three versions of the film, all of which are included in Arrow’s release. For the record, I watched the “International” version which includes some sepia-colored flashback exposition, and I have to say it’s not worth it. I wish I had chosen wisely. It was really unnecessary, and the original cut did fine, showing a fire in the open and offering a few lines of dialogue by Lester to explain.

I loved the score. I loved the practical effects by the late master John Carl Buechler, who had a knack for low-budget gory goodness. 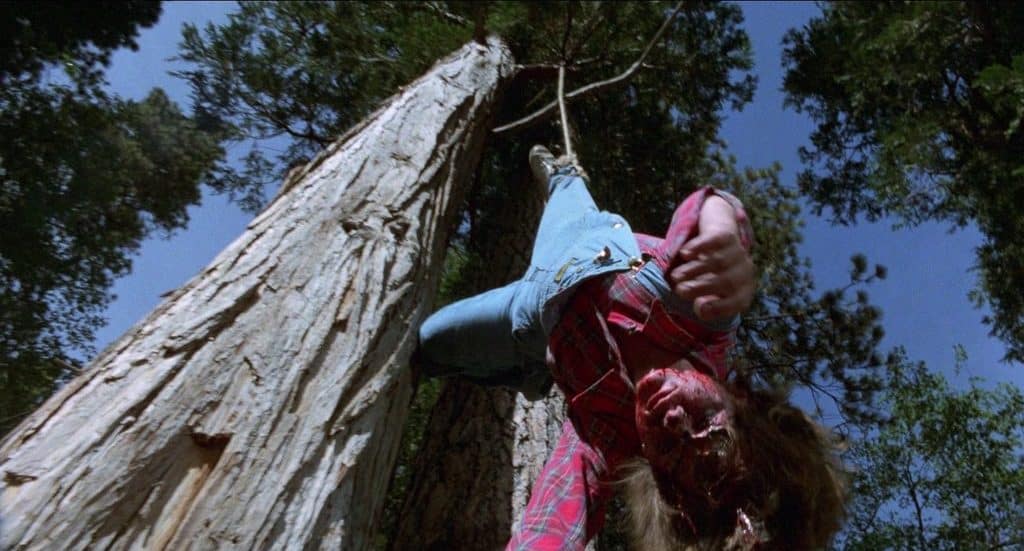 I also loved that we had to wait till the very end of the film to get a glimpse of the Monster who seemed to have a bit of cotton stuck to his forehead.

The nature photography was amazing and truly showcased the beauty of Idyllwild, California. It was reminiscent of Saul Bass’s work. The Romani musical campfire scene was great, too.

Some Addams Family alum, though different generations, in Carel Struycken who played Lurch, The Giant in David Lynch’s Twin Peaks, and the Monster here.

Our other Addams is Jackie Coogan (Lester) who played Uncle Fester in the original TV series. He also played titular roles in countless classic children’s films such as Oliver Twist, Tom Sawyer, and Charlie Chaplin’s The Kid. 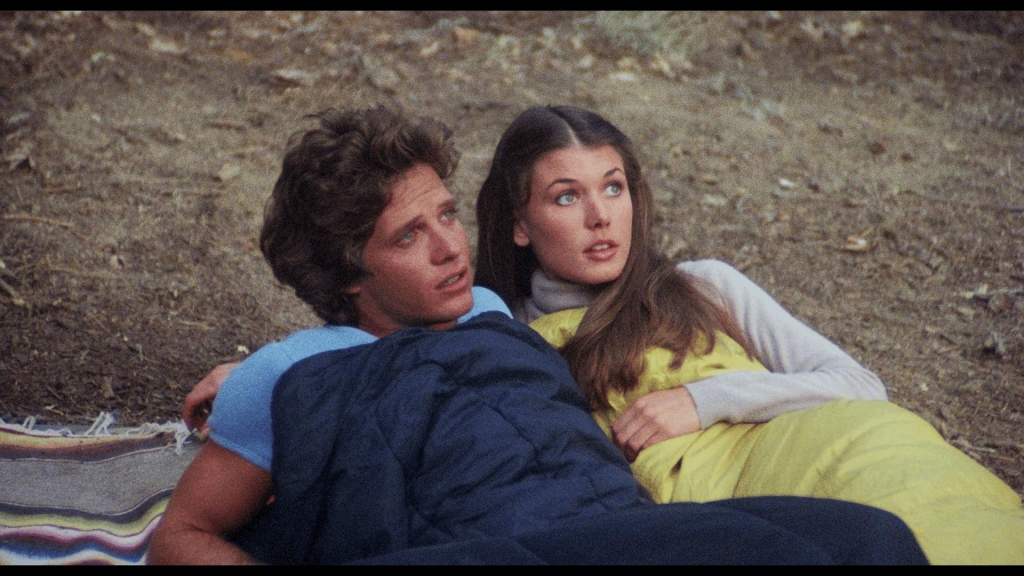 The sex scene in the grass or tent certainly qualifies, as does the fact that the plot revolves around kids fornicating in the woods. But the clear standout is the xenophobic remarks about “gypsies” that sound like a familiar echo through history.

The practical effects stab directly into my heart, but the score is so old school and elevating. Composer Don Peake (The Hills Have Eyes, The People Under the Stairs) delivers an overlooked spine-tingling anthem.

It’s not set in a bog, but “The Monster” reminds me so much of Victor Crowley story-wise that I can’t help but consider Adam Green’s Hatchet a remake in spirit.