Birthed from the literal gutter, this 80s holdover has no qualms handling a heavy subject like feticide — then letting it commit homicide. 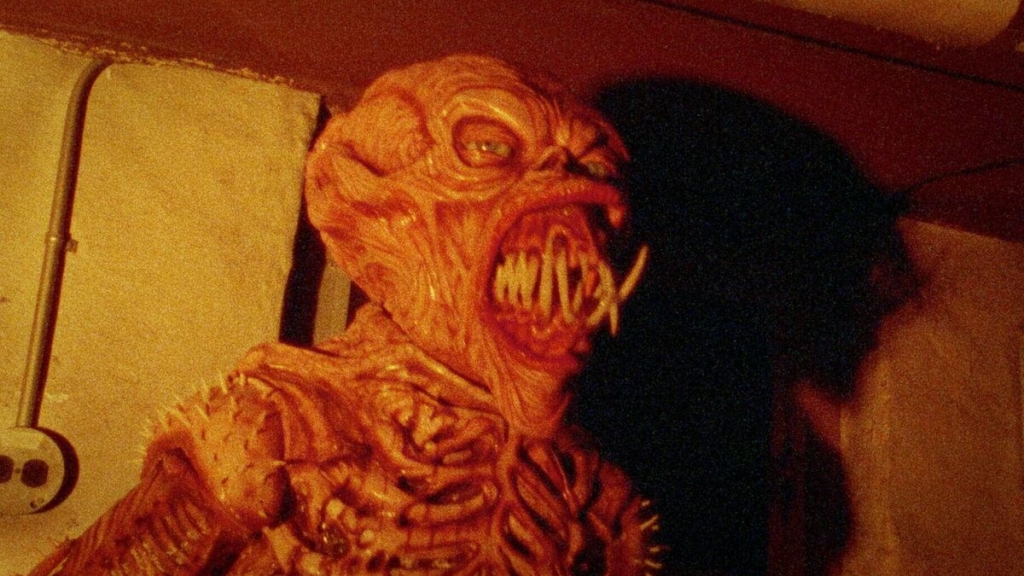 A woman goes to an illegal abortion clinic, which is also a brothel, and she becomes trapped with clients and working girls when her fetus mutates into a murderous abomination. Let’s dig into 1990’s “The Suckling”, directed by Francis Teri!

It’s fitting that the opening blurb states the story is based in 1973 as the film looks like it was filmed in the seventies. It sets up the tale as an unsolved massacre at an abortion clinic/house of prostitution where twelve people were murdered and one woman survived with an unbelievable tale.

Some dream sequences, which seem to be inspired by medical nightmares, and a cheeky nurse whose scrubs seem too small to fit an adolescent, set the tone quickly.

Once we’re in the brothel, a real slapstick scene eliminates any highfalutin expectations, and that flushing the fetus scene is hard to swallow. But the creature effects in this film are maddeningly good. 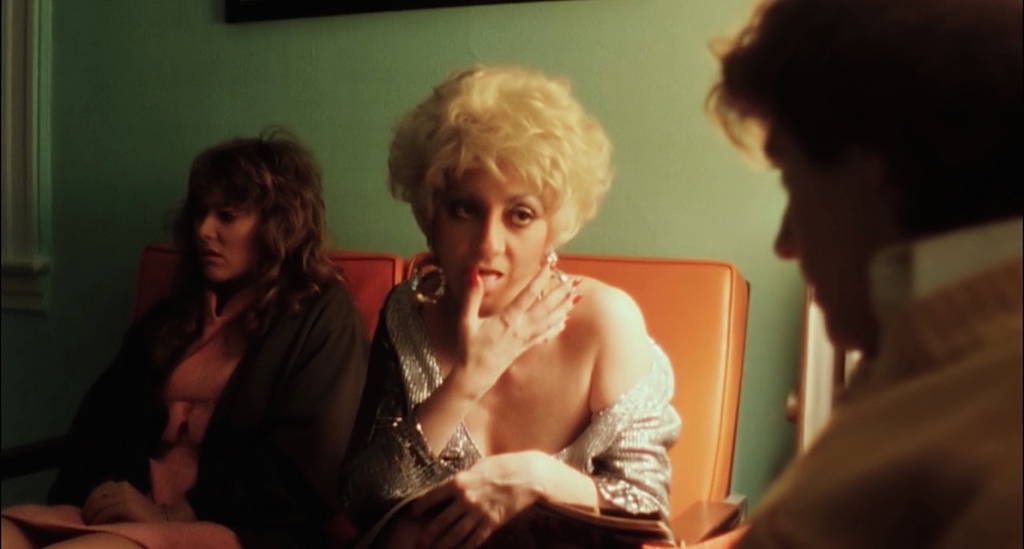 Released in the UK as Sewage Baby, the fetus morphs and covers the exits with some 1988 The Blob-like material and brilliantly uses its own umbilical cord as a weapon.

A solid beheading in a toilet bowl (fetal revenge?), some stop motion, and a full-grown mutant fetus that looks a bit like a hairless version of the Sewer Monster from Big Trouble in Little China all lend to a vivid odor of wet dog in my nose as I watch.

There may not be an actor in sight, and saving some brilliant special effects for the credits scene makes no sense, but this is a pretty epic terrible film that is watchable if you can stomach it.

Ally Ninestein (the naughty Nurse) was Mrs. Shepherd in a past Dig, Flesh Eating Mothers (1988) — one of my favorites that we’ve covered so far.

Call me square and squeamish, but something about mixing an illegal abortion clinic with a house of ill repute really takes the potential for arousal out of the equation.

This is the type of film that only could have been made when it was.

I will leave the easy lay-up puns in the gutter with the mutant fetus, but there is no further progeny to report.

Vinegar Syndrome as well as 88 Films have released a Blu-ray version, or you can stream for free on Tubi.