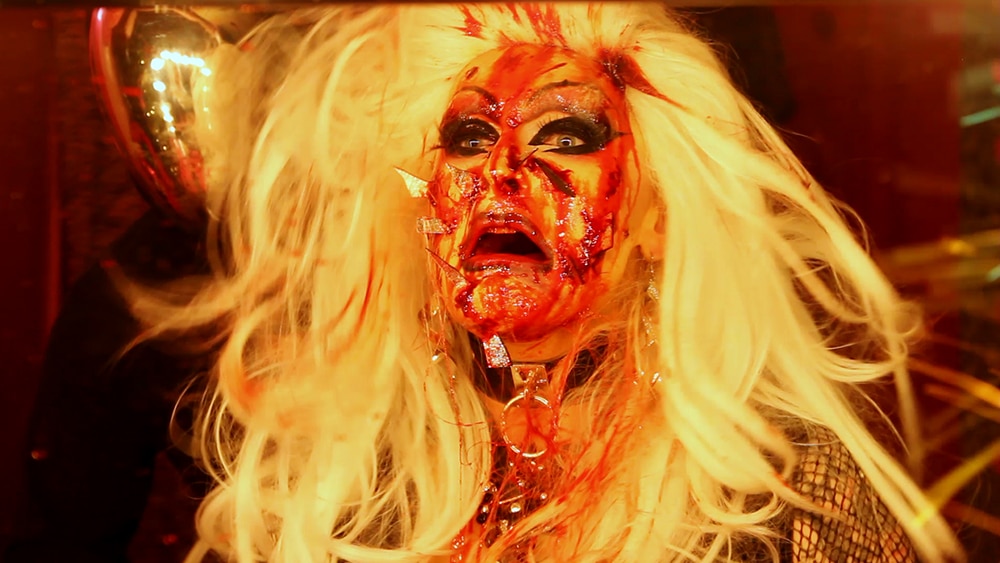 Camp, at its best, exists in the nebulous space between sincerity and farce. Like pornography, it is difficult to define, but when you see it, you know it — and it’s a lot of fun.

It is difficult to hit that precise, John Waters sweet spot, however. Veering too greatly towards sincerity leads to melodrama, and too much farce creates parody.

DEATH DROP GORGEOUS, the latest from Dark Star Pictures, manages the considerable feat of making the balance look easy. It is funny, disgusting, imaginative, and reverent in equal measures, all bound up with winking love for the underground queer nightlife. 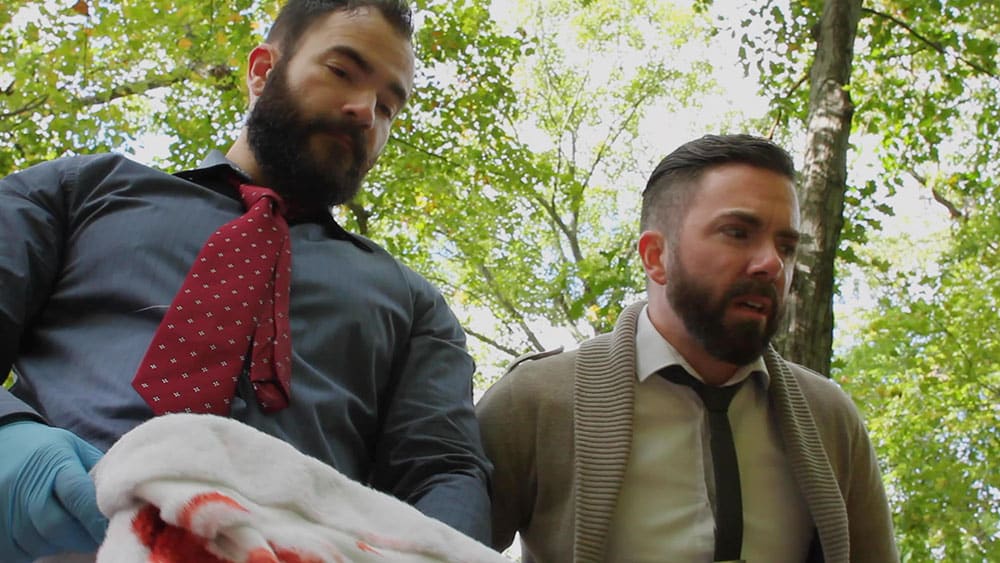 Young Dwayne returns to his old job, slinging drinks at a drag club divided. The older queens are being pushed aside for the edgier personas of younger performers, embodied by the incomparably bitchy Janet Fitness. Against this backdrop of passive-aggressive quips and seething resentment, young gay men are being murdered, drained of their blood, and left in the club’s parking lot.

The relatively corrupt Detective O’Hara initially is pretty content to just dispose of the bodies, to aid the deeply weird club owner.

(He’s going to need an entire paragraph unto himself, so keep him in mind, but also begin girding your loins; he’s a lot.)

Eventually, O’Hara and his partner, Detective Barry, actually have to investigate. I called it straightforward, but reading it, typed out and in the light of day, I think I may be stretching the limits of that particular phrase. Just trust that the synopsis could be far, far more complicated.

While the whodunnit aspect of Death Drop Gorgeous is certainly fun enough (and involves a prosthetic penis mutilation rivaled only by The Mortuary Collection), it’s relatively easy to forget you’re looking for a killer.

The drag performances are gleeful and giddy; there is an obvious love for performance that goes beyond the artifice of the movie and back to the actors themselves. 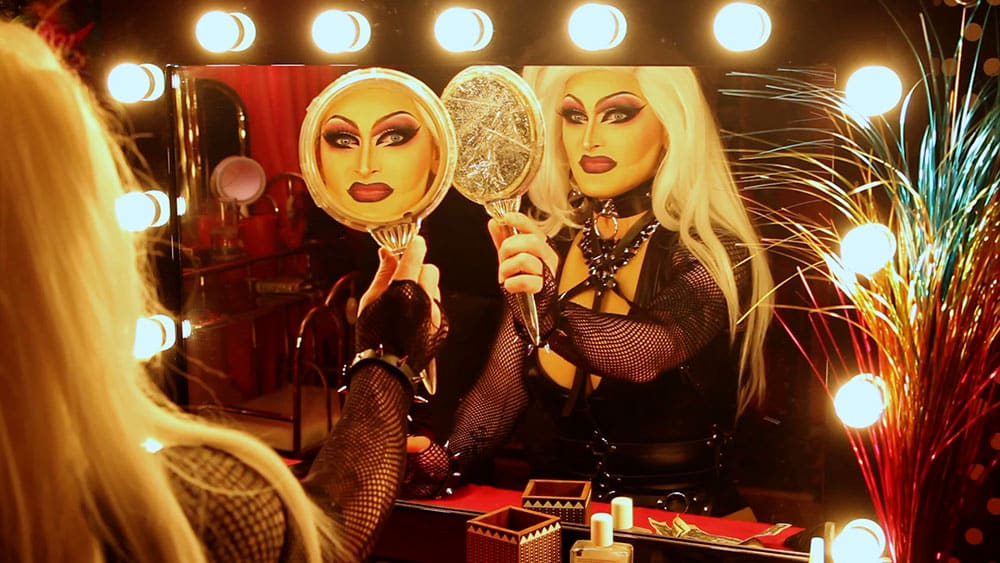 There is a touch of Sunset Blvd to the whole undertaking; a queen bee, trying desperately to hold onto her glory days, even as the culture moves forward without her. Poor Audrey Heartburn. She simply cannot keep up with Janet Fitness, and every effort ends in humiliation.

This is not a movie that is shy about showing its influences.

The Giallo references are abundant and obvious — you mostly see the killer’s gloved hand, a practice employed to great effect by those wacky Italians. There is also a scene that is so clearly a Twin Peaks reference that even I, a David Lynch skeptic if ever there was one, caught it immediately.

These moments are winks; they are decidedly not Death Drop Gorgeous trying to equate its incredible weirdness with media that has been canonized in the annals of horror.

And credit fully where it’s due, Death Drop Gorgeous is weird. 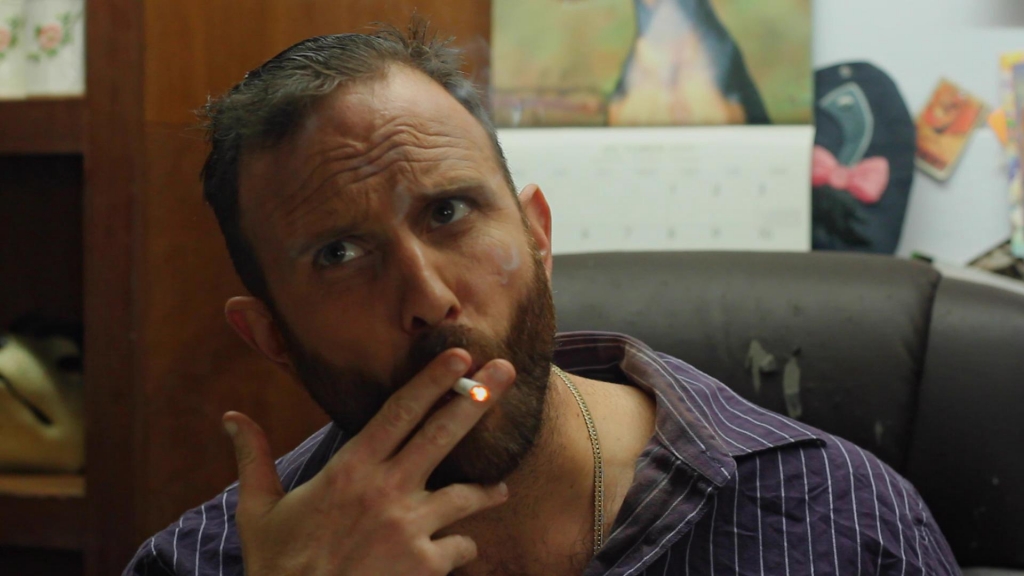 (Here’s that paragraph I warned you about a little while ago. I hope you heeded my warning; are your loins girded?)

Tony Two-Fingers is the proprietor of the drag club, and he has a deeply weird, relatively disturbing obsession with dogs. He has a toy dog on his desk, pictures of dogs throughout his office, a dog calendar, and he makes his gimp dress like a dog and sit in the corner, except when he needs to bark at someone.

At one point, he marvelously pushes some lines of cocaine around, while convincing absolutely no one that he has actually snorted it. Brandon Perras, who is also credited as a writer and director of the film, gives an absolutely unhinged performance. It’s not good, but it is amazing — I loved every second of it. He never bothered speaking a line he could instead be yelling.

It was a perfect performance for a movie like Death Drop Gorgeous, one that all of the actors match to an impressive degree. As the children might say, they all understood the assignment.

Death Drop Gorgeous benefits from being very specifically of a particular culture. 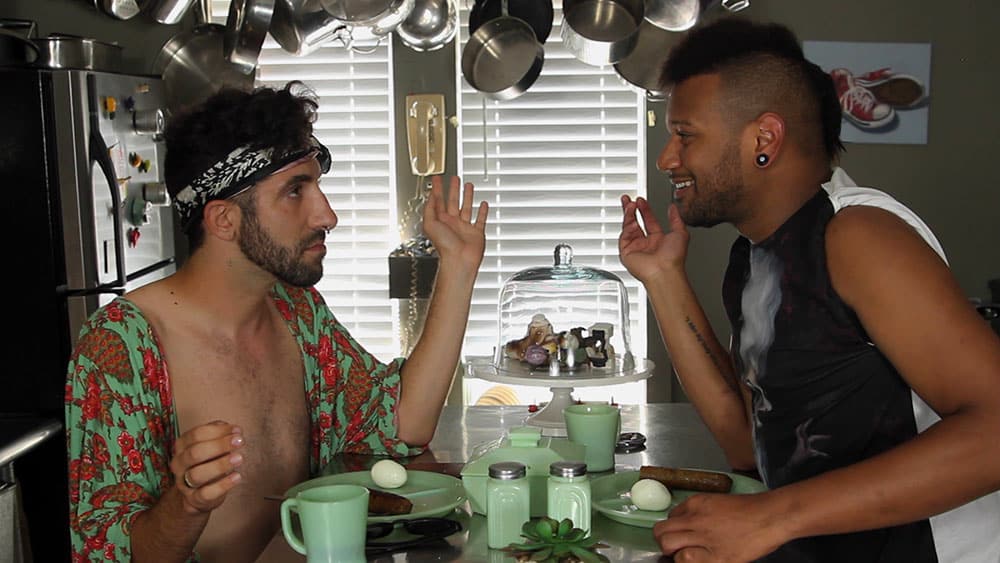 It clearly knows the ins and outs of drag culture, but also of the young, queer male experience.

The characters range from potentially straight passing to a man so flamboyant, I would think he was a caricature, were it not that I am relatively convinced he is based on my friend, Peter. Both camp and horror often shine when they focus on and celebrate outsider culture. Death Drop Gorgeous does that perfectly.

Finally, on a completely surface level, Death Drop Gorgeous is a lot of fun to look at.

The wigs! The nails! The wigs again! The blood and violence are all ludicrously artificial in the best way possible. And how appropriate that a movie about layers of artifice (actors playing characters dressed in drag, pretending to be lip-syncing fitness gurus…) should lean into that, and make it abundantly clear that everything — even the stakes — are manufactured.

Death Drop Gorgeous is not going to win any Oscars. That was never the intention of the movie (maybe someday we will live in a world where awards shows will honor a movie with a character named “Gloria Hole” in it, but alas, that is not today).  However, it is absolutely ripe for the embrace of the midnight crowd.

I would happily put on a coat of glitter, sit in a dark theater with a group of fans and watch that gonzo piece of bizarre art.  Death Drop Gorgeous knows exactly what it is — and what it is, is a blast. 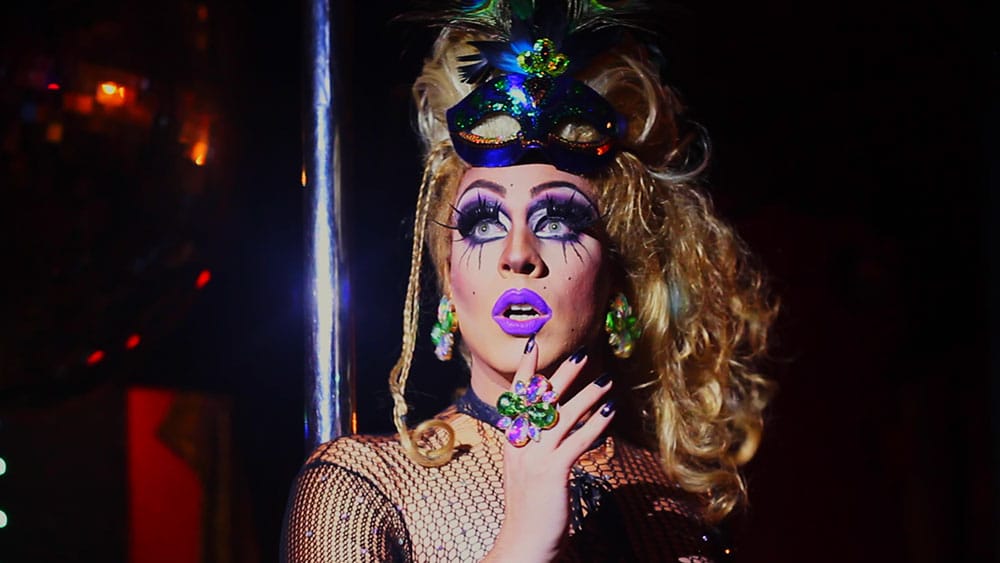 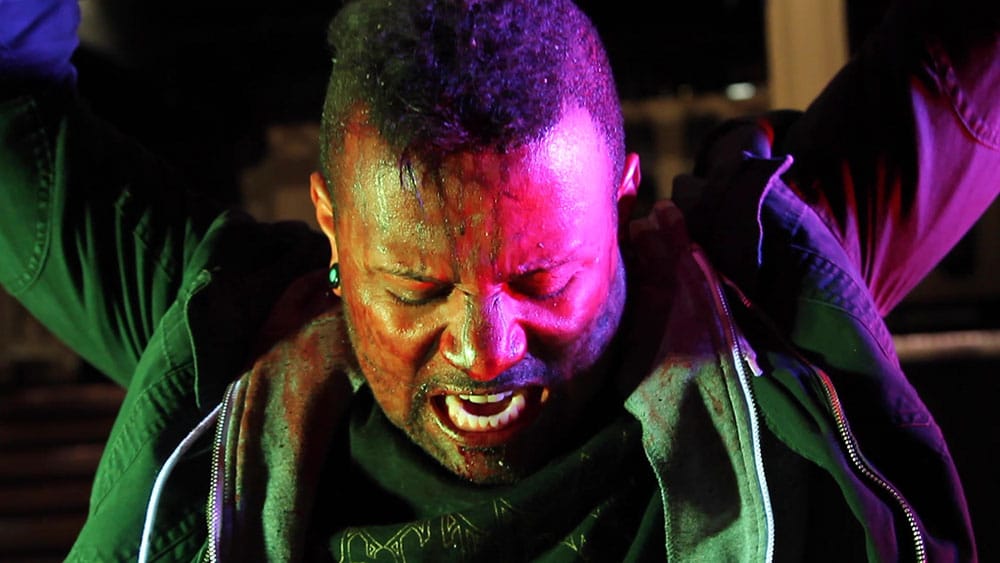 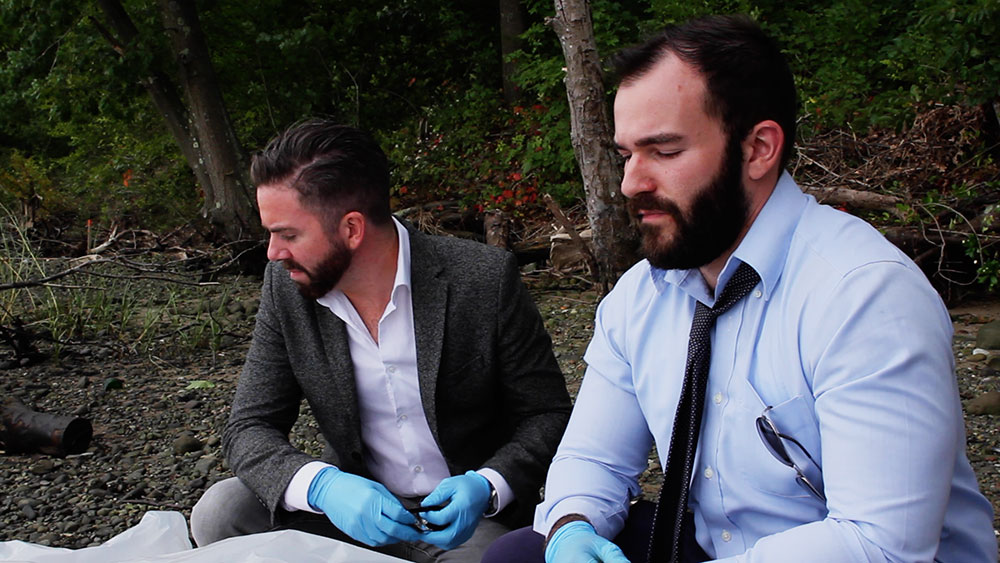 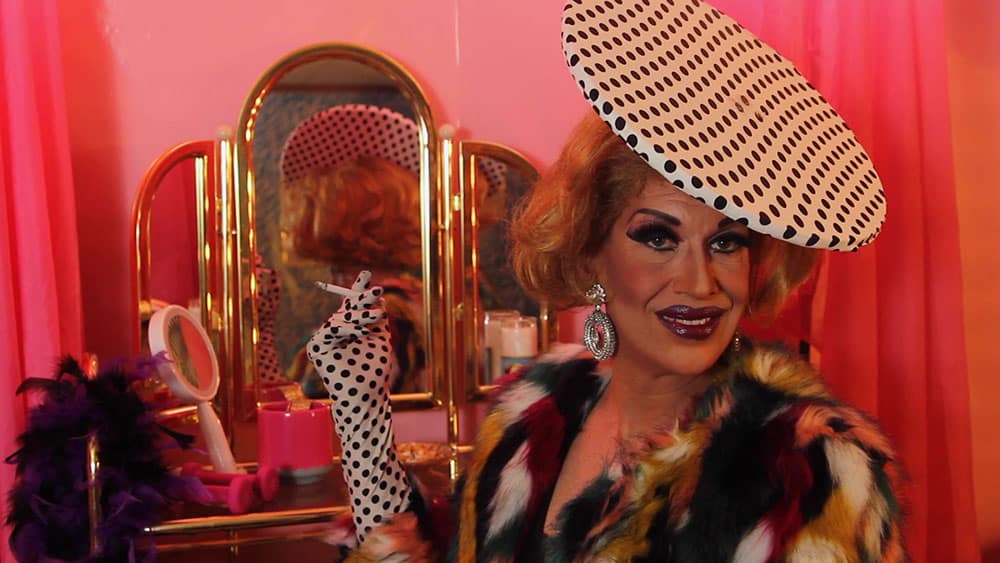 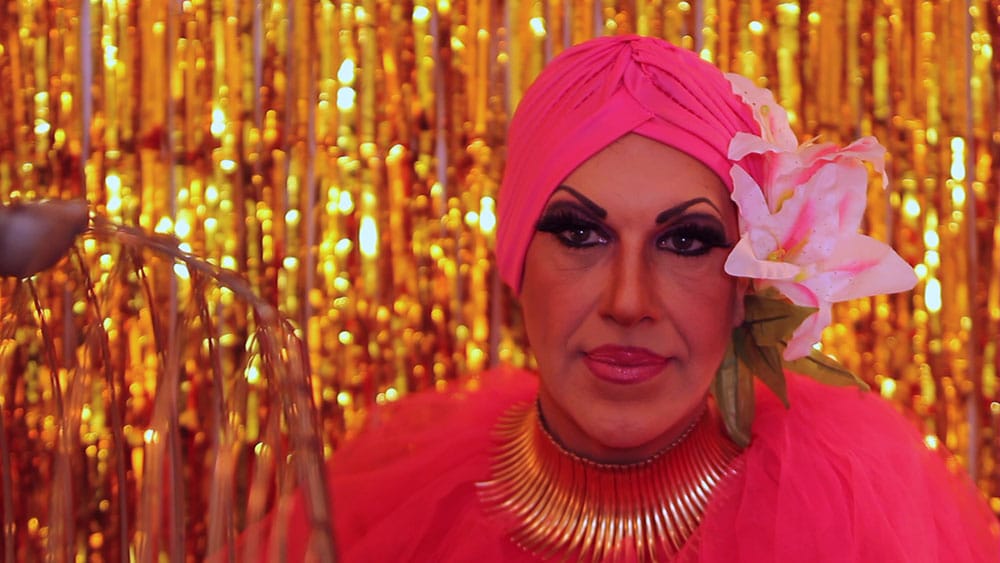 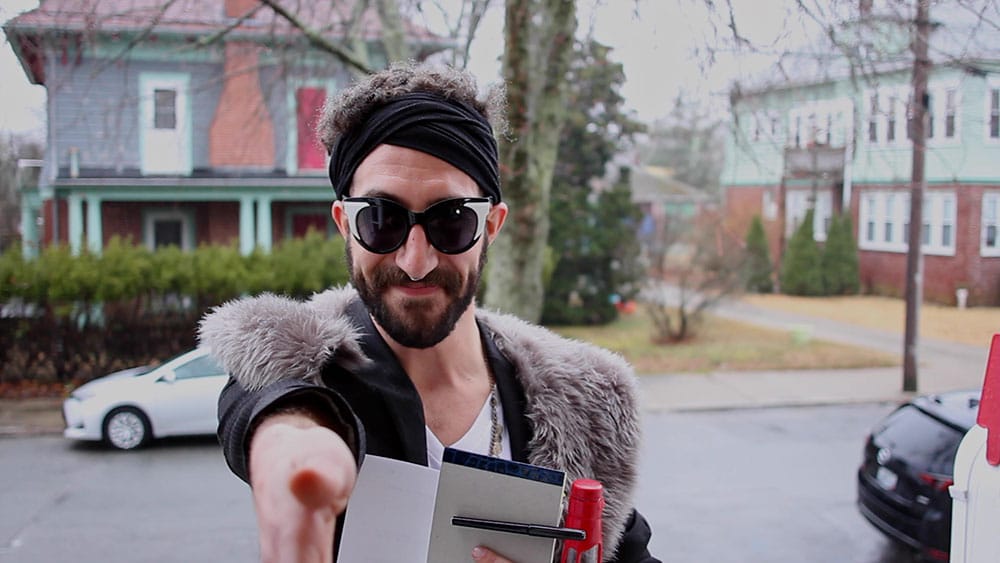 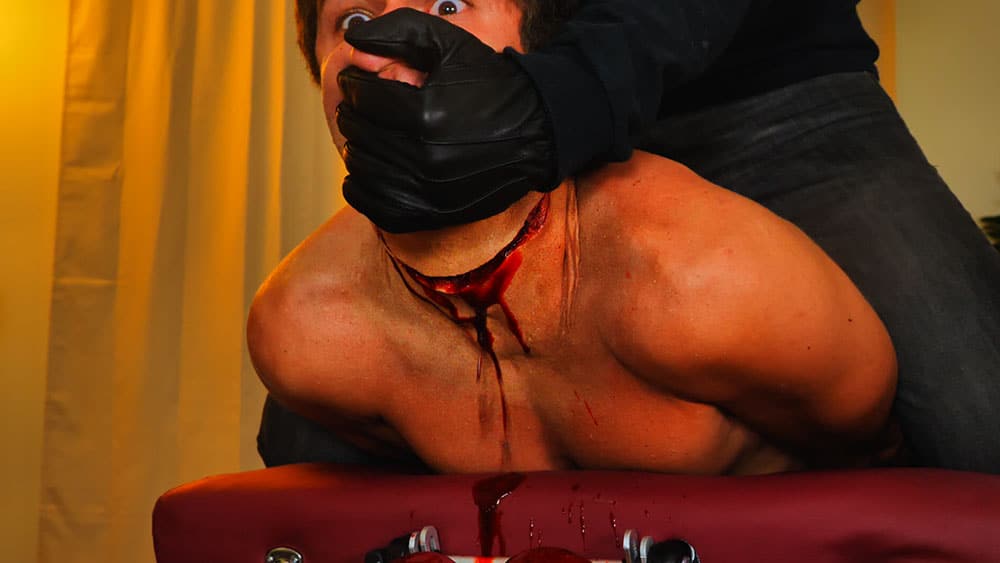 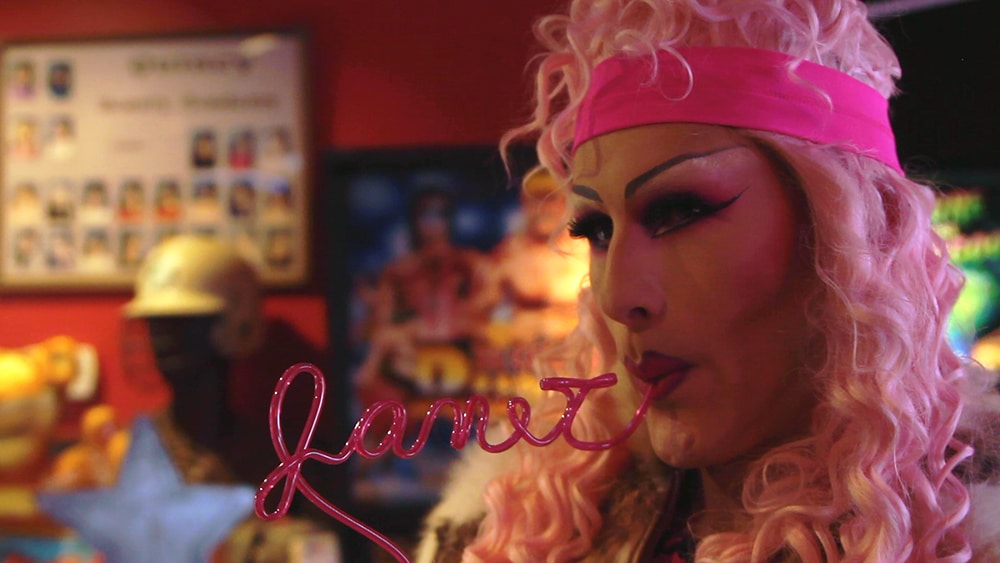 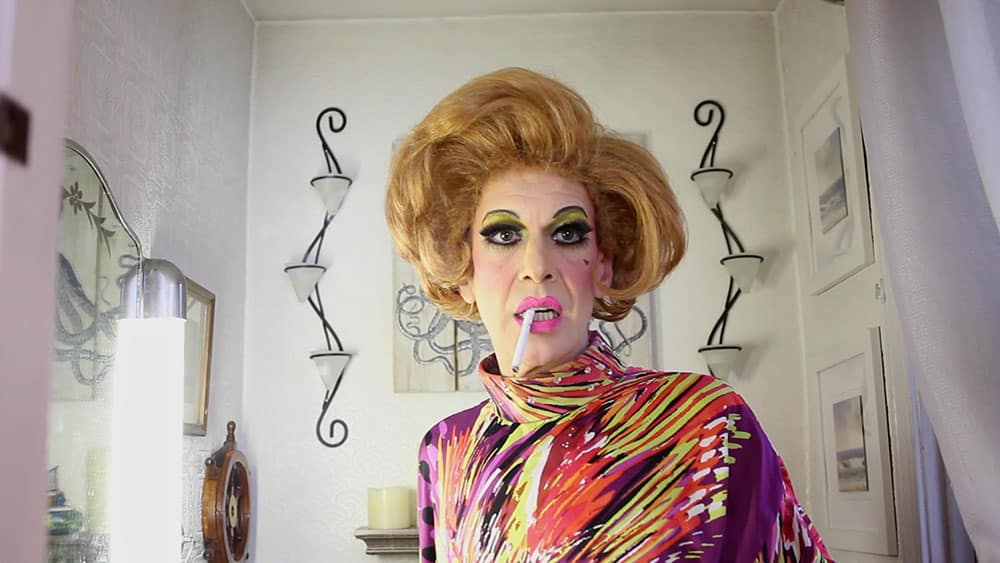 DEATH DROP GORGEOUS will be released in theaters and on Digital by Dark Star Pictures on September 10th.