An all-out, black comedy that hides difficult subject matter with absurdity, exaggeration, and zombies — and pulls no punches with violence. 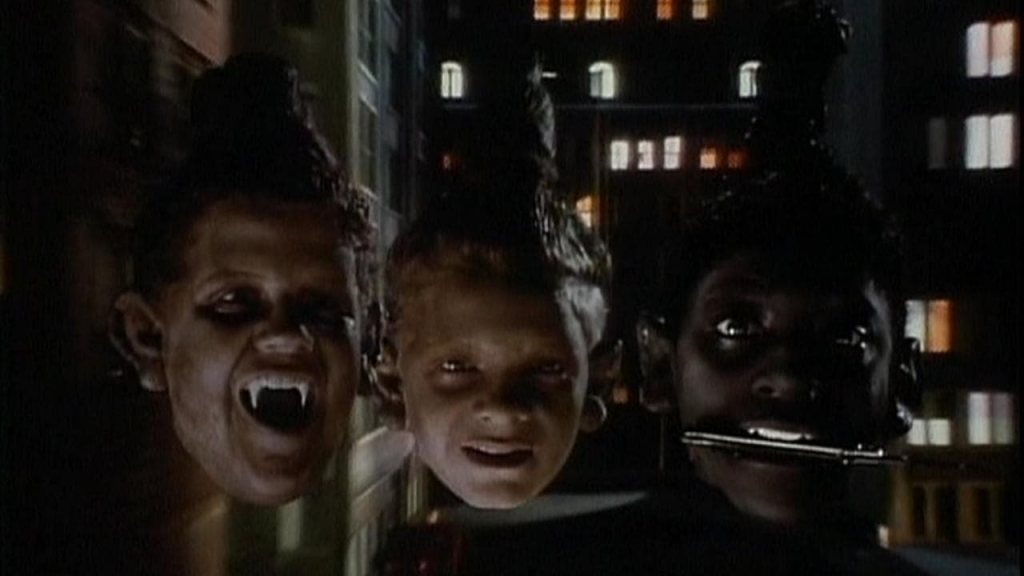 Three teens are murdered by gangsters and brought back as powerful shrunken heads by Haitian Voodoo to exact revenge. Let’s dig into 1994’s “Shrunken Heads”, directed by Richard Elfman!

Having been introduced to Forbidden Zone by my Uncle, I was entering this film expecting absurdity and surrealism — and the absurdity delivered.

A troubling premise of the murder of three teenagers over petty squabbles with a goofy gangster becomes palatable by hyperbolic performances and sequences that seem like a hallucination.

Starting with a theme composed by the director’s brother, you may have heard of him, Danny Elfman, the tone is set for light-hearted whimsy and continued by a score from Richard Band (brother of producer/story writer Charles Band; it’s a familial thing this film is) that heavily contrasts the tone and actions on screen.

Once the boys have been reduced like a hearty sauce, they become vampiric and gain powers like electricity, with no qualms slitting throats. The gore and violence were surprising but still, somehow, it feels like a comedy. It’s amazing how the vibrant colors in the setting and the score can dictate how you ingest content. 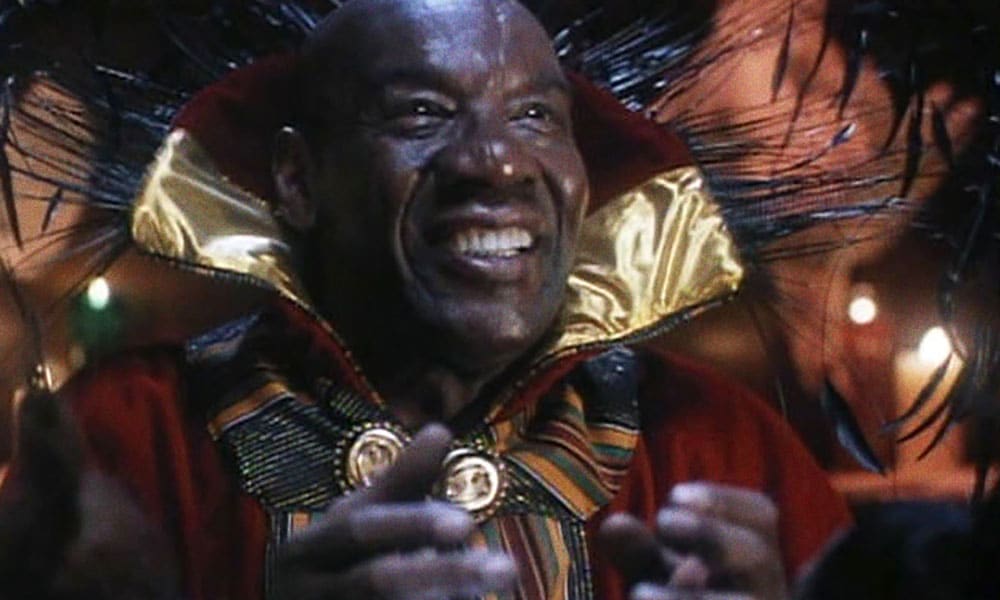 We’re not left with just three floating little heads; everybody they maim or kill turns into zombie-like ghouls.

It smells exactly like the straight-to-video films you’re so comfortable with and features a stinger — which was not common at the time — that adds one final punch of laughter.

Unrecognizable with her swooping 50’s haircut and old school gangster suit, Meg Foster’s (Big Moe) voice is unmistakable. Her roles include Evil-Lyn in Masters of the Universe, Margaret Morgan in Rob Zombie’s underappreciated Lords of Salem, and Holly in John Carpenter’s classic They Live.

He may not be recognizable to much of the readership. But I’d like to take the opportunity to recommend a non-horror film with Julius Harris (Mister Sumatra) from 1974, the original Taking of Pelham One Two Three which starred Walter Matthau and Robert Shaw and is one of my favorite films of all time.

Though only moderate, the sexualization of Sally (Rebecca Herbst) feels discomforting. Yes, it is a fake shrunken head of a teenage boy that is entering her shirt and resting on her chest, but there is never a disconnect from the fact that this was written by a grown, adult man and Herbst was legitimately only sixteen years old. 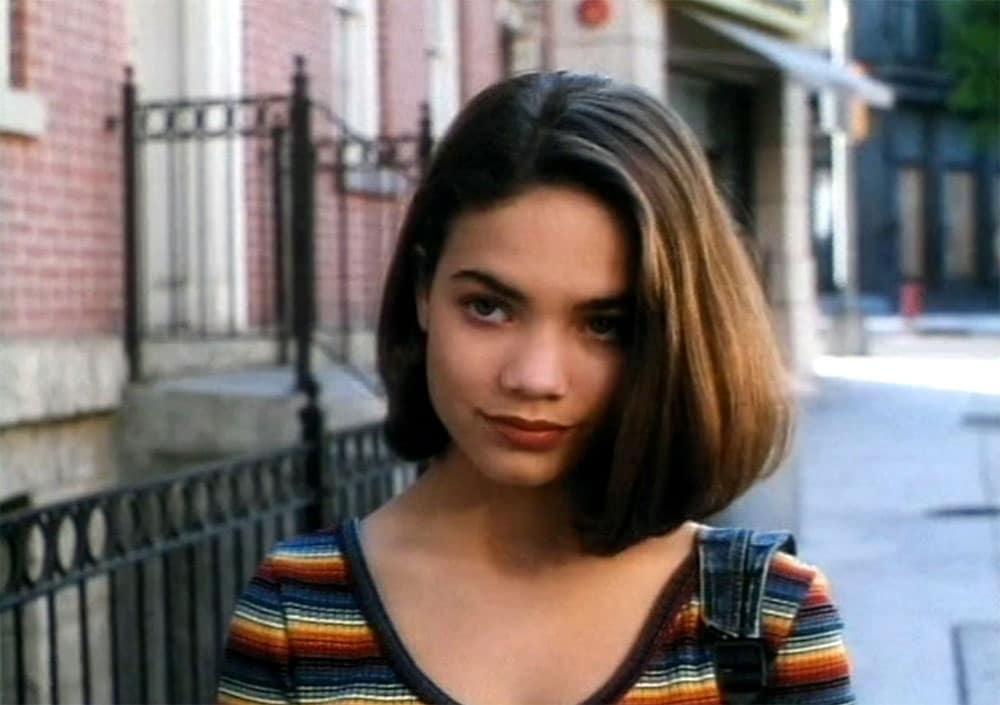 Putting myself in my own ten-year-old shoes when the film was released, I would probably have been smitten with Rebecca Herbst (Sally) who’s about six years my elder. But as mentioned above, it is uncomfortable.

You could say updated technology would benefit a film that uses graphic special effects, but the cheesy low quality may be the charm of the film.

A Blu-ray is available from Charles Band’s Full Moon Direct. You can also stream for free on Tubi or rent on Amazon.