If you ever wanted to see Lamberto Bava’s “Demons” remade for the rave generation and set in an abandoned religious institution, here you go. A group of teens break into an abandoned convent with a wicked past and unleash its demonic secret. Let’s dig into 2000’s THE CONVENT, directed by Mike Mendez!

The second Mendez film we’ve covered here at the Dig (Killers), this one hit all the right notes.

I would caution you to dig too deep into the content. Things are mentioned that twenty-two years ago wouldn’t have caused as much as a ripple, but in this age, it would be easy to pull at strings of allegory or straight-up political statements. That’s not what this movie is.

Abortion is mentioned. There are diverse sexual orientations (though not as diverse a spectrum as has blossomed). There is a confederate flag in Adrienne Barbeau’s apartment. I don’t think any of it had any intention behind it other than trying to find paint or sound that looked cool.

So, if you can take your art without the need for deep messages, continue on. 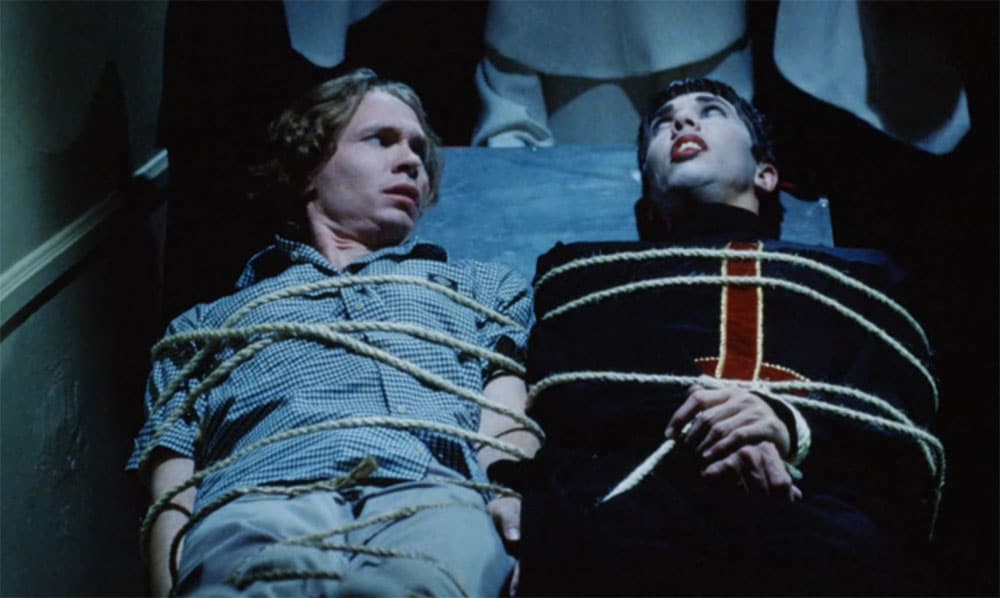 The Prince of Evil works at Dairy Queen. I’ve had the mushroom swiss burger there, and it tastes like something from hell.

A typical teen is in a place they shouldn’t be in the film; the joy is in the gags. It’s fun, cheesy, bright, stupid, and even has some really outstanding makeup and effects.

There is whimsy (a floating thong) and dark comedy that touches the edge of being Raimi-esque, and the Prince of Evil could be considered a precursor to Richmond (Noel Fielding) from The IT Crowd or even Jermaine Clement and Taika Waititi’s brilliant What We Do In Shadows (both film and TV series).

Escape from New York, The Fog, Back to School, Swamp Thing, Creepshow, Two Evil Eyes, and the computer voice in The Thing!?!!?! Come on! All that on top of being the ex-wife of John Carpenter, Mother of Cody Carpenter, and just overall badass talented actor. Adrienne Barbeau is a genre legend.

Bill Moseley has a small role as a police officer, and there are always glimpses of his power as an actor sprinkled throughout even the smallest role. That power is what Rob Zombie used to perfection in lengthy, twisted monologues in both House of 1000 Corpses and The Devil’s Rejects.

Coolio. Yes, that Coolio (do you know another?) is Moseley’s partner here and even lends a song to the production. He’s actually quite good in his limited role, and I wouldn’t have minded seeing some bonus footage of him and Moseley riffing. 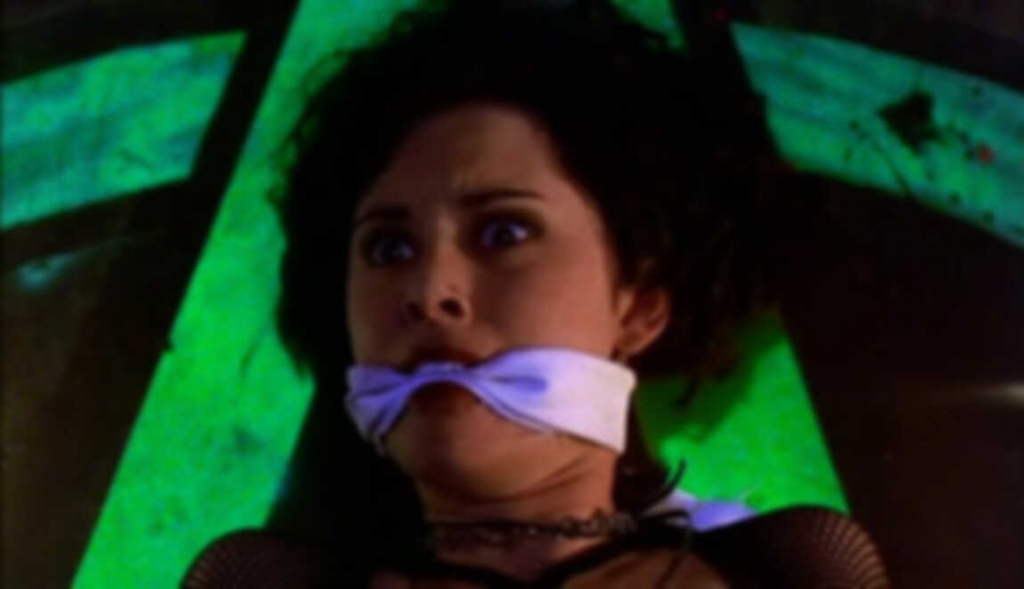 When given a choice between archetypes, I will always choose the goth girl. Megahn Perry (Mo) transitions to a demon wonderfully, as any true goth should. But…wait! Adrienne Barbeau in a leather jacket and an attitude to match? Stand aside, goth girl.

Part of the allure for me is the nineties rave vibe. The neon orange blood, the trance music, loose-fitting pants, the glow-in-the-dark veins, and the vocabulary. I don’t see how any of that stuff will come back into style.

All the way back in 2013, it was reported that writer/star Chaton Anderson and Director Mike Mendez would be “…heading back to the convent.”

Anderson’s IMDb has a listing for The Devil’s Convent in pre-production. Mendez, meanwhile, has a film in post titled The Devil’s Trap, which sounds like an echo of this film — but set in a hospital. That film stars Bruce Dern and Richard Grieco (Grieco!!!), but I’m not sure if there is a connection between the films.

There has not been a proper high-definition release for the film, but DVDs, VHS tapes, and bootlegs are floating around the inter-web. You can stream on AMC+, Tubi, Shudder, The Roku Channel, Pluto TV, and Amazon’s Freevee.