“Deanna deadly is a fulltime alt/Fetish/art nude model of a decade and actress from Chicago currently on the road traveling/shooting most of the time. She’s a huge horror nerd, doctor who nerd and music nerd (70s-80s punk, 60s garage rock and death rock) and latex lover.” 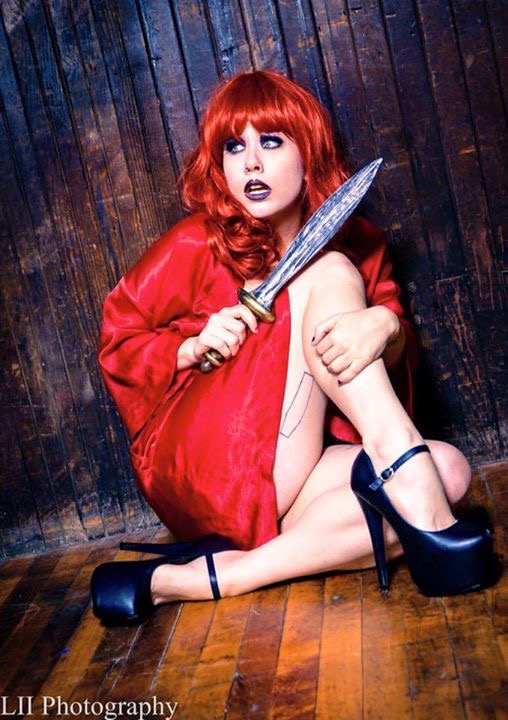 I’ve been a full-time Fetish and art nude model for a decade and have always been a huge fan of horror films and books. I’ve always wanted to act in horror films but never thought I’d be any good. Over the years, I got asked to film Fetish niche videos…like being a super hero or super villain and kidnapping someone (another model) or being a damsel in distress. I slowly got comfortable in front of the camera and decided to finally pursue horror films!

My favorite scream queen is Danielle Harris. Ironically seeing her in HATCHET 2 is one of the movies that made me really want to pursue being a Scream Queen! I am also in love with Linnea Quigley! 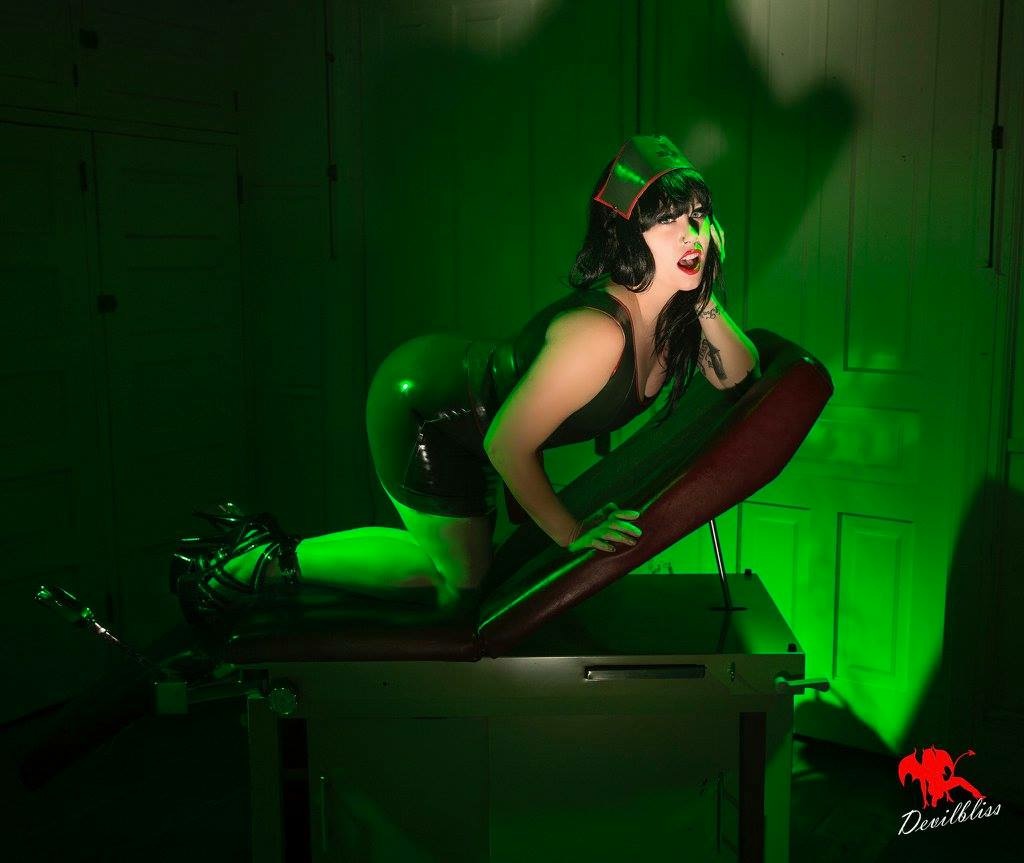 BLOOD FEAST was one of the first horror films I ever saw. I loved the cheesiness, and it was just fun. The Misfits were the first band I ever really got into, so I of course had to watch PLAN 9 FROM OUTER SPACE and every movie they made any slight mention to in songs. EVIL DEAD also totally hooked me.

I’m really drawn to any good story honestly. Anything that might challenge me and anyone who feels really strongly about their project and is excited. When everyone involved with the project has a good attitude and is excited it can potentially make anything a good project. 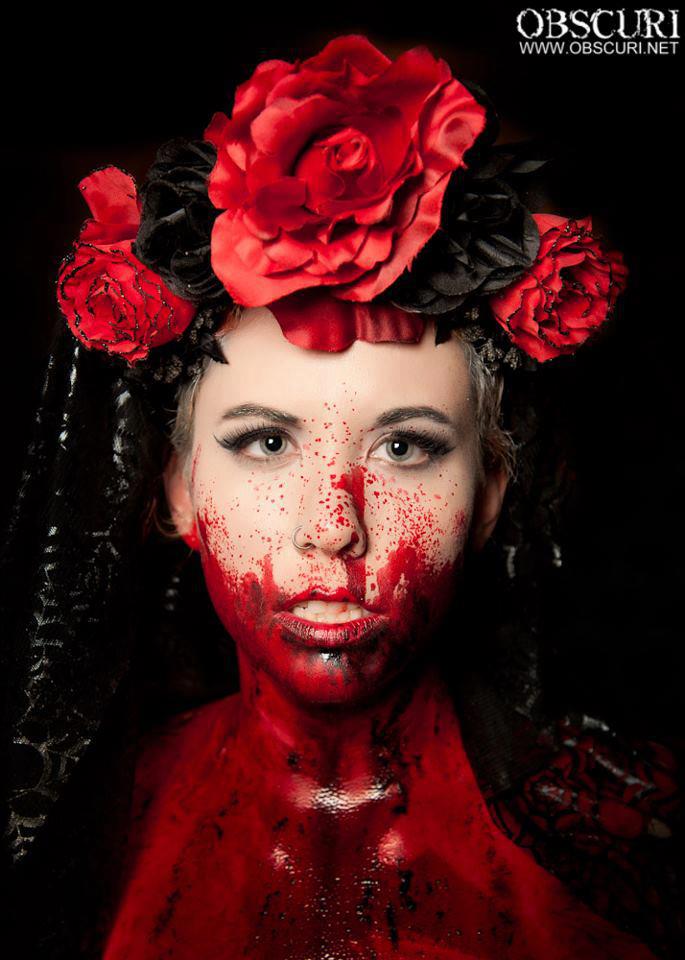 I love that there are so many bad ass women in horror. I’m much more a classic horror kind of gal, but an ex a few years ago and an old roommate really helped me appreciate some newer horror films. I feel like almost all of them had a women kicking ass in one way or another. We are not always the victim either. My old roommate introduced me to the film THE LOVED ONES, and Robin Mcleavy is the most insane, deranged character — she blew my mind! I’m not sure what I see for women in horror in the future except even more amazing actresses and directors! And, hopefully, you’ll see more of me, too. ?

I recently had a small scene in the film CELLAR SECRET and am starring in the film DOW, which will be out later this year. The trailer for it will be out by early March (keep an eye on www.facebook.com/DOWFLICK). I can’t make any official announcements, but I may be filming a creepy, bloody, naked scene soon for an upcoming film and am also talking with a director in NJ about a film for later this year. I am planning on attending a ton of horror/cosplay conventions this year as well! If anyone reading is interested in using me for a future film, you can email me at Deannadeadly (@) yahoo.com! 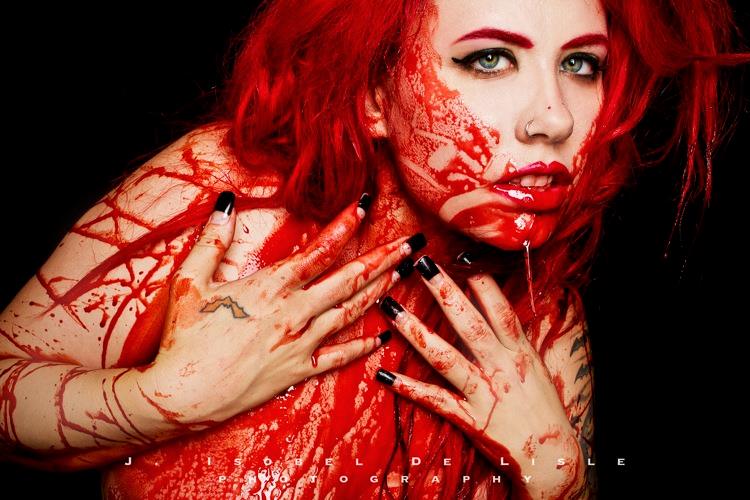