“Liane was born in Los Angeles. Her family emigrated from Russia, running from the Bolsheviks, finally coming to rest in the Hollywood Hills of California. Sometime between Aunt Edna opening her famous pastrami stand in Santa Monica and her Grandmother Ann’s celebrated family market, the “Shermart” in West Hollywood, Liane was born. Raised in the Hollywood tradition, as a child, Liane’s playground was the back lot of Universal Studios and  A&M Records. Weaned on the Tijuana Brass and Emma Peel, Liane tried to wrap herself in her Mother’s black chiffon scarf in an attempt to walk like Mortisha, but found that Moose and Squirrel came easier. Fade to black………” 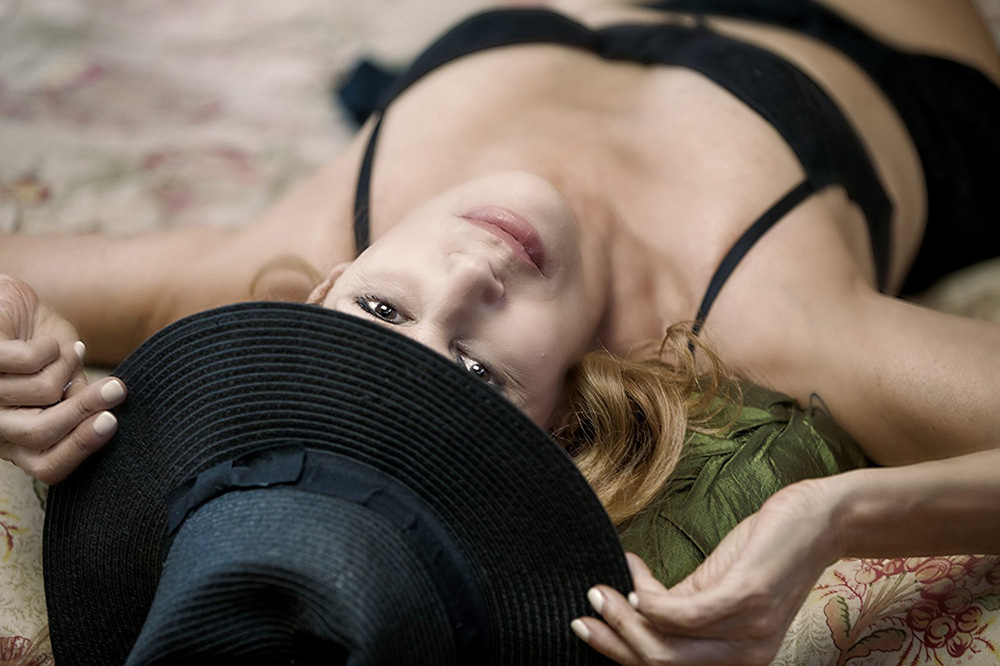 I feel like I have always been in the industry. I grew up in Los Angeles, with family working at Universal Studios. My mother encouraged me to sing at a very early age, and by 7th grade with her permission I started theatre. We as children were always putting on these horrible horror plays in our garage. I was six years old, LOL. We would use ketchup, because let’s face it, what else was there?! We would charge kids to see the gore.

I started modeling at 14. My uncle John, who was in charge of the entire back lot at Universal, let the guys work there — BUT not the girls! Hmmmm. Uncle John had been an actor before he was top brass at Universal; maybe he knew something we didn’t? I was surrounded by people in the industry from a very young age and loved it…BUT only appreciated it later. 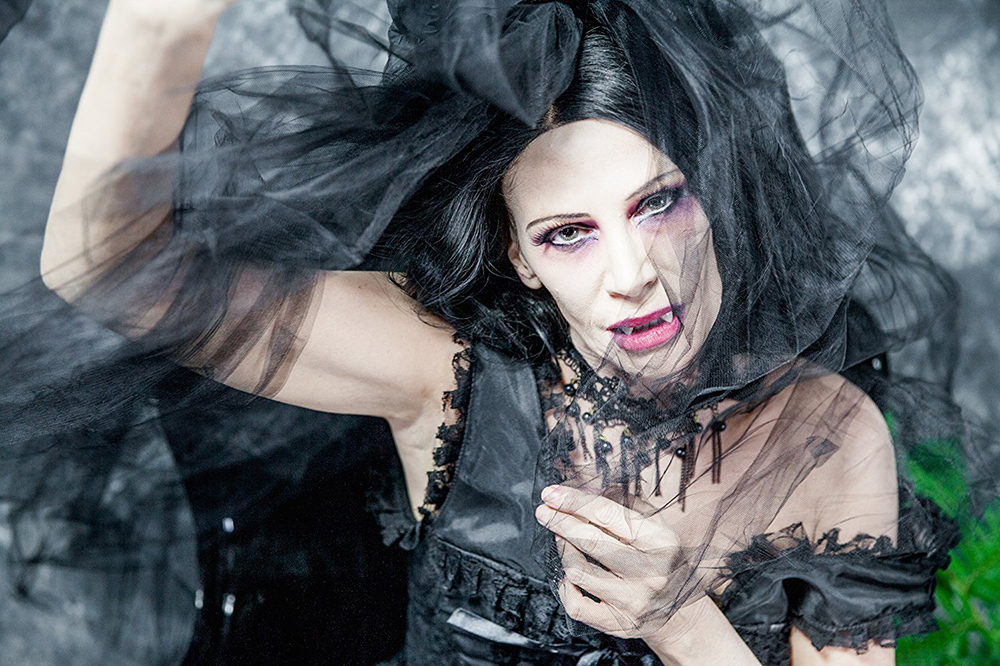 Well… I wanted to be Morticia! And Emma Peele. I don’t use the term Scream Queen anymore. I know it’s been around a long time, but I think woman in horror are ready to be so much more! It’s time. There are so many Women of Horror that became what we call “Scream Queens”, and I love them.

I think the indie horror genre is changing fast. We are digging (pardon the word ahaha) for the depth of our craft. I feel this will be a time of real substance, and I am really excited about it. 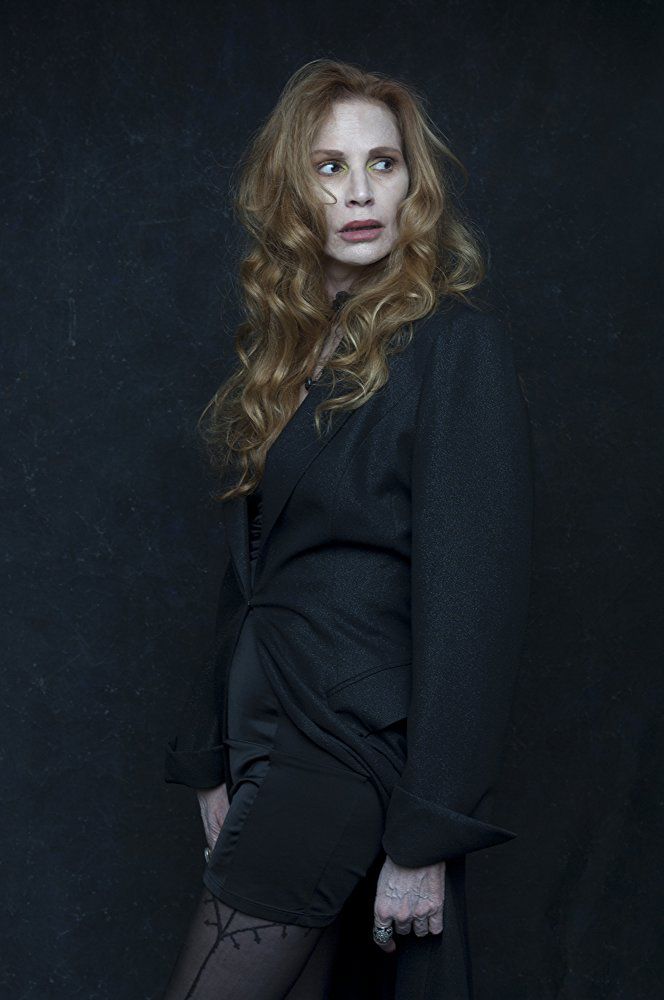 OH WOW!! Ahahaha, I have so many favorites! And I get one?? Ok …First off, I have loved horror since I was around 6 years old. My mother Toby and I would read horror based books out loud to each other. Toby loved horror too. I adore Ridley Scott ﬁlms. I would have to say that Alien was huge! And The Exorcist, Prometheus, and Blade Runner had a huge effect on me. There are so many that I love. I loved The Brain That wouldn’t Die!! I would stay up all night and watch scary movies with my cousin Lisa …We were all deranged LOL. Of course we all loved the slashers. My favorite of those, because it was so physiologically disturbing, was Texas Chainsaw Massacre. 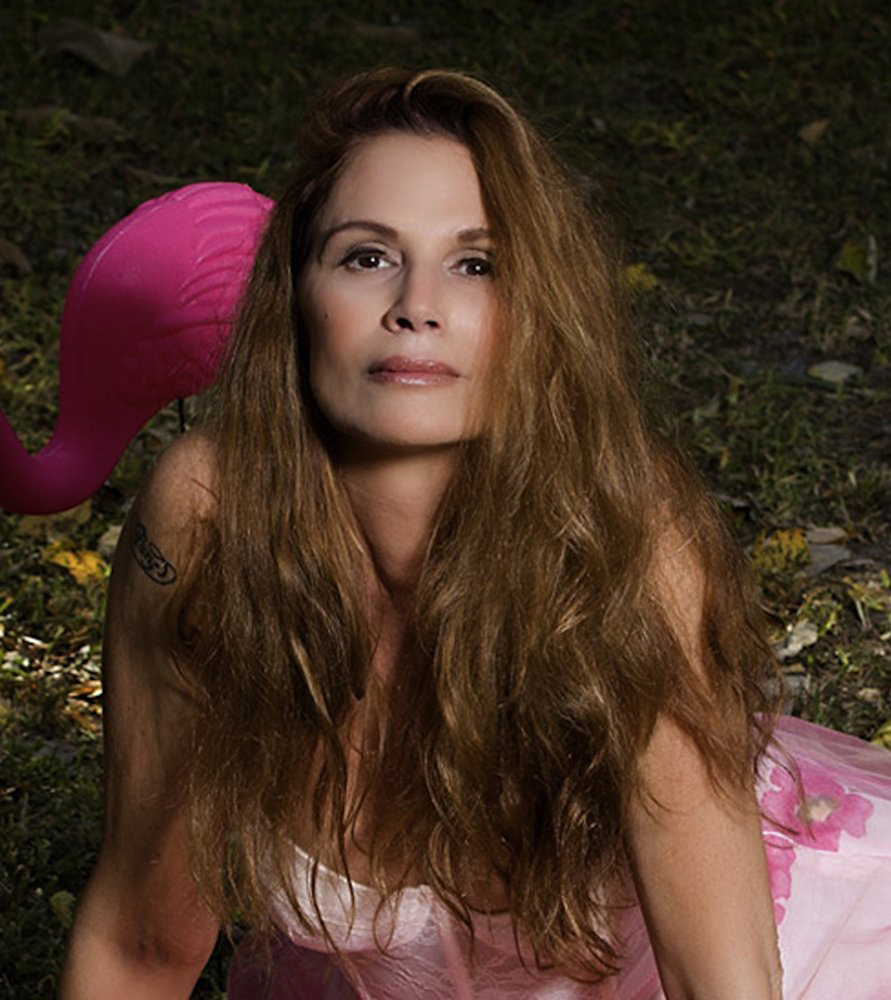 It has to be the writing, the vision. I feel it in my gut. I really like any character I play to have a dark space where they can dance in between the shadows. I’m not afraid of not looking like a Centerfold! (Which, BTW, I was…LOL.) I also have a strong background in comedy, so I love dark humor. I am concerned with what the writer/director wants me to communicate. Many of my shoots have been ideas that I have developed. I see or feel something, and Next thing is to bring it forward, create it. Of course, I have been hired by Corporations like Madison Reed, and those I have no say. But when I do, it’s really cool to let the muses talk. 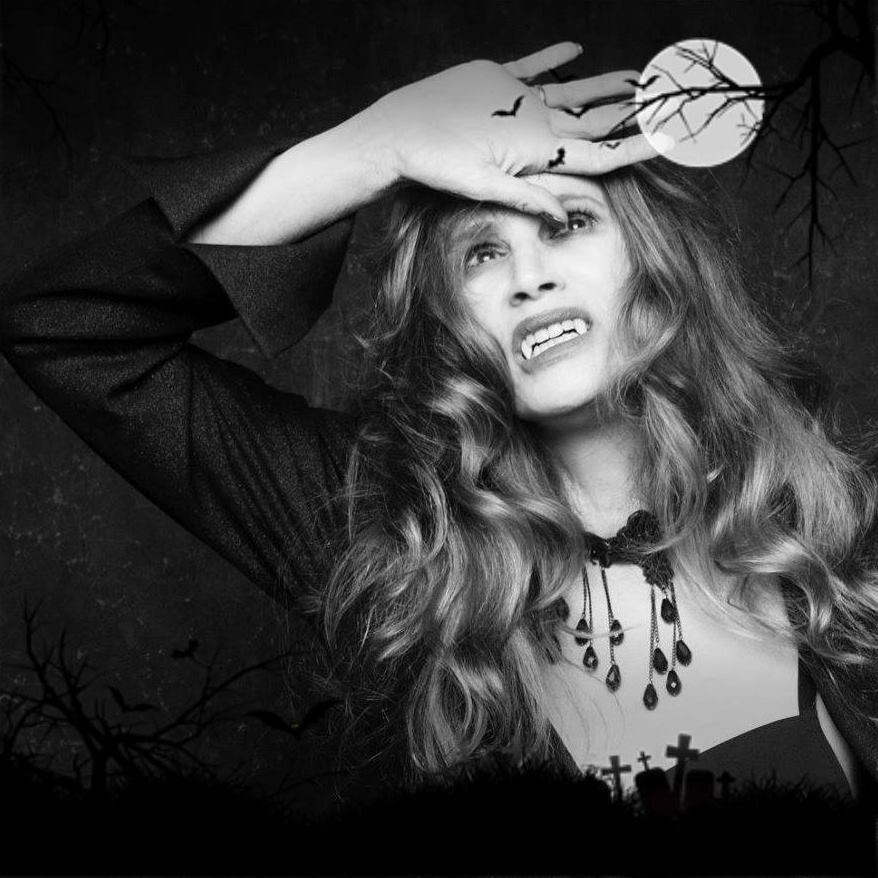 I am so excited about the future of indie ﬁlms; we have so much at our ﬁngertips. I think we as woman we need to take a deep breath and take off the Spanks© for Horror’s sake! If we can be real, that makes for more realistic continuity. I know huge breasts have been the reason young men love indie “B” movies — it’s a tradition! But I am certain that we will start to focus more on the craft than the bra size. Why can’t we have both? 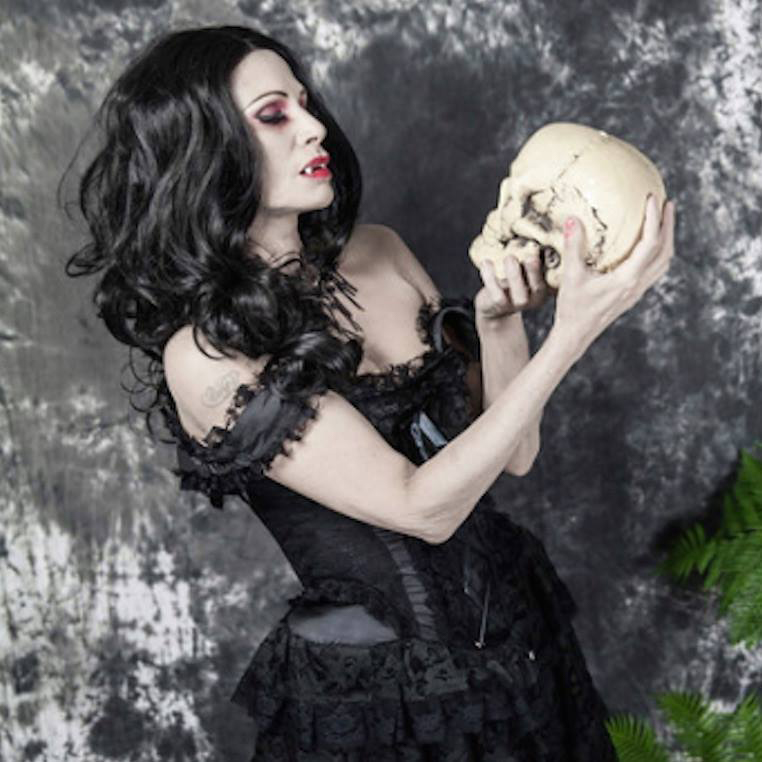 I am very excited to be playing “MA” in Meathook Massacre 4. John Ward is writing and directing this latest in the series, I was thrilled to play MA in MM3. We will be filming in late march. I will also be in Micheal S. Rodriguez’s  Lake of Shadows: Legend of Avocado Lake. I have several really cool ﬁlms this year. I am very grateful to have really talented people to work with. 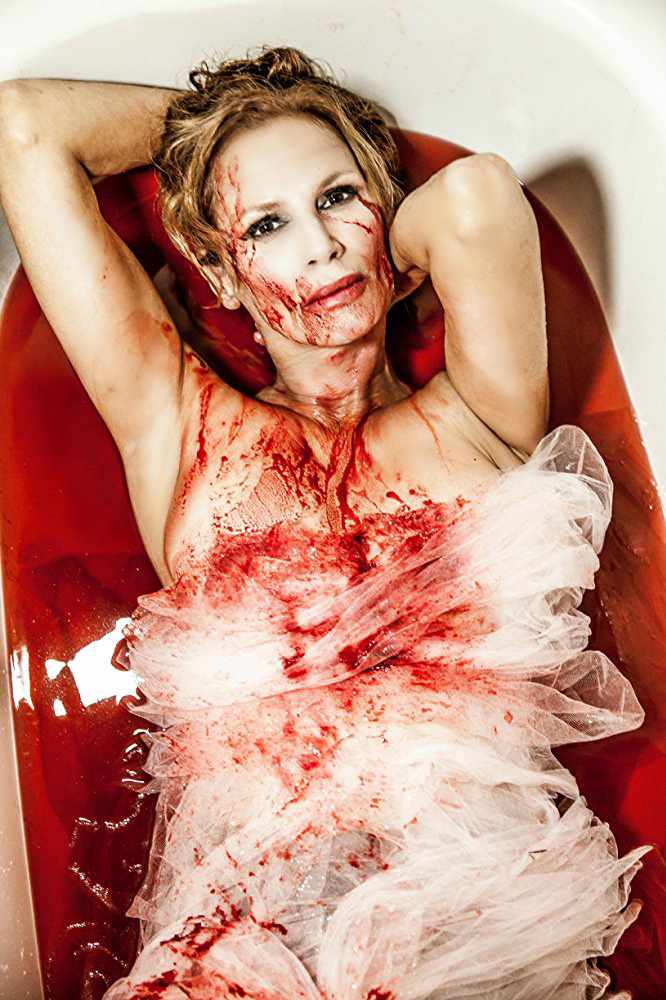