“Lindsay Serrano is the co-founder at Mass Grave Pictures in NYC. She is a writer, producer, director, and special FX makeup artist. Lindsay graduated from Long Island University with a BA in Media Arts with a concentration in Production Management.  After graduation she worked as a production assistant and stage manager in a number of independent film and theater projects including an internship at Tandem Otter Studio, where she assisted in the construction of the puppets for the Addams Family on Broadway. She was the Lead Makeup Artist at the haunted attraction Blood Manor and creates special FX makeup for Zombie Hunters: City of the Dead. Lindsay produced Mass Grave Pictures first feature film, Blood Slaughter Massacre, which was released by Wild Eye Releasing in 2015. She co-directed the web series The Attack of the Brain People and produced the recently completed feature, Theta States. Lindsay also works with a number of independent films companies as a First AD and Production Manager including Seeing Red’s web series The Spies Files, New Needle Productions’ feature film Good Day, and Devarez Film’s short film Aemorraghe. You can follow Lindsay’s work at Massgravepictures.com!”* 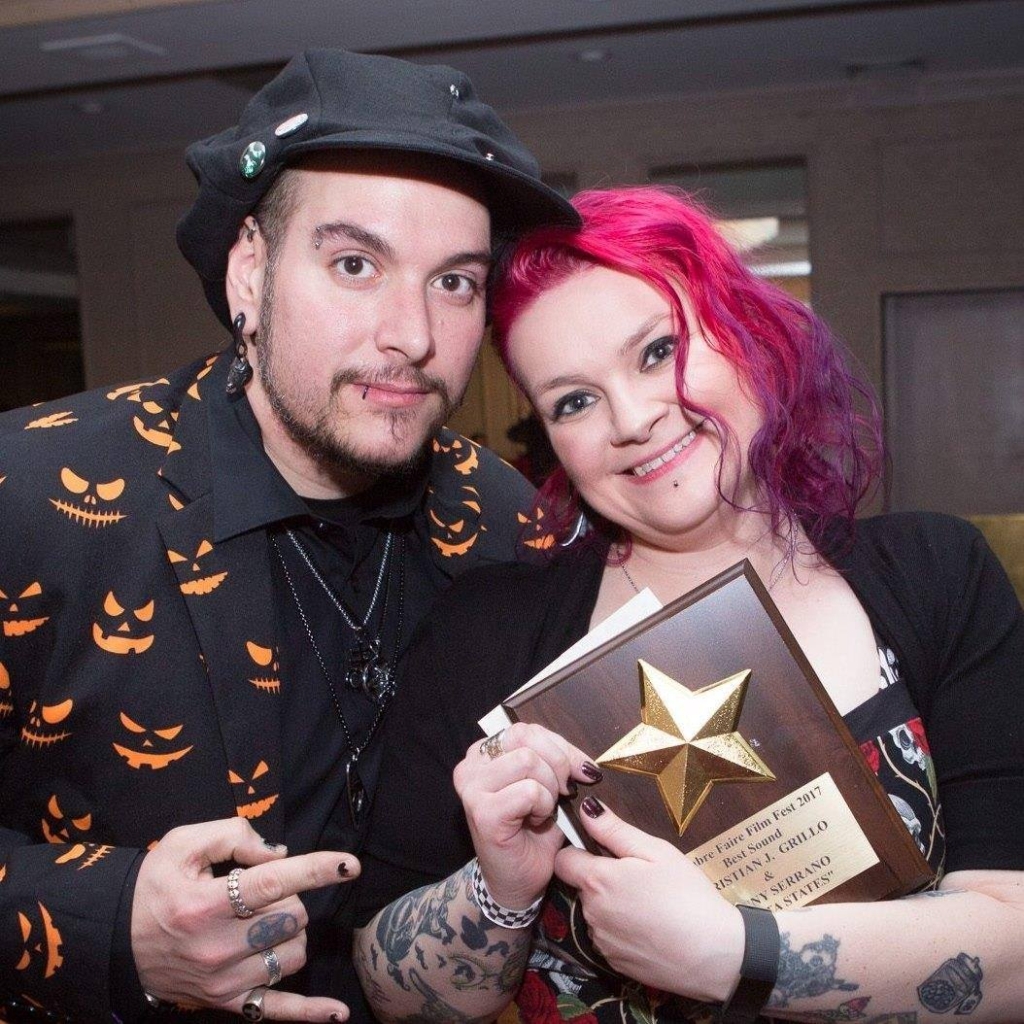 As a child I was always drawing and writing and in middle school I joined the theater club, helping to paint scenery and lending a hand behind the scenes as stage manager. I continued helping in the theater through high school and even took theatrical lighting classes at the local college. One day, about 12 years ago, a bunch of us were sitting around playing with my friend’s camera and one of them said let’s make a short film! We went down to the basement and filmed them “torturing” me for about ten minutes before disemboweling me using sausages we got at the local grocery store. It was terrible, but afterward I felt this happiness I had never felt before. We began making short films after that.

Whenever an idea came to one of us, we shot it. We met some other horror filmmakers at conventions and started working on their projects as well. I taught myself special effects makeup with each new short we filmed and eventually decided to go to school to learn film production. While in college I kind of fell into production management, found I had a knack for it and really enjoyed it so I specialized in producing.  After graduation I worked as a freelance PA and script supervisor on a number of indie films including two horror feature films all while continuing to work on our short films. Finally we entered one of our shorts into a festival that was hosted by Michael Hein of the NYC Horror Film Fest. We didn’t win but he liked our concept so much he told us to make the feature film of it – so we did. We finished Blood Slaughter Massacre about a year later and have been making films ever since.

There are so many but my main inspirations are:

Elvira – for making it okay to be sexy and funny at the same time. She took the sexy bimbo stereotype and turned it into a caricature that we can all laugh along with. Of course, the twisted twins, Jen and Sylvia Soska.  It’s awesome to have two female horror auteurs – writers, producers, and directors, to look up to. I love American Mary and the underworld they created in the film. They created a mood and a style that is all their own. Plus Katharine Isabelle! (read below). Mary Harron, the director of American Psycho, because she skillfully created a descent into madness and a parody of the greedy yuppie patriarchy at the same time without going to too far one way or the other. She went to extremes and stopped just at the edge of over the top. What a delicate balance to maintain! Rachel Talalay. A producer turned director that has an incredible catalogue of work: Tank Girl, Bomb Girls, Super Girl, and even Doctor Who! She’s only the only female director to helm a major horror franchise with Freddy’s Dead: the Final Nightmare.

Angela Bettis is my favorite female killer actresses. In May, she made awkward naivety adorable and charming which made the audience live through each of her disappointments with her. You follow her on a journey that ends in utter desperation. It is heartbreakingly beautiful. Because women are traditionally the “bringers of life,” as mothers and caregivers, writers have a hard time creating a motivation that would make them go against their nature and kill. Too often they create they rely on an abusive history or inciting incidents like a rape to drive their characters to seek revenge or justice. I feel the victim turned killer is overplayed and cheap. If we want more developed, well rounded female characters, we need to discard this societal need to justify their actions with extremes and challenge the audience to walk in their footsteps. 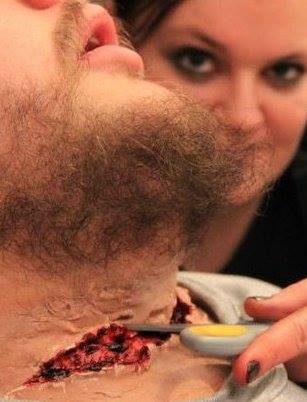 It’s funny, my parents would not let me watch horror when I was kid because they said they objectified women and the few movies I did (secretly) watch seemed to validate their standpoint. Movies like Scream and I Know What You Did Last Summer always had some half naked girl running up the stairs instead of out the front door.  When I met Manny (my husband and writing/directing partner), he asked me if I liked horror movies and I said, no, they always make the girls dumb and slutty. He told that I just hadn’t seen the right ones and then put on Ginger Snaps for me. It changed my world! This movie didn’t have any dumb girls running from a monster – the girl was the monster and she was hunting the boys! Not only that, it talked about women’s “issues!” It compared a girl getting her period and becoming a woman to turning into a werewolf. Ingenious! And Katharine Isabelle was so badass – she was tough, angry, and sexy as hell. I have a huge woman crush on her. Emily Perkins was incredible too; her character was smart, dedicated and resourceful. It’s a story that follows two women, working together, to solve their own problems, on their own.

Personally, I like to look for the challenges in each script. Is there a stunt or effect that I haven’t done before?  Is there a large crowd scene or set that needs to be built? I see challenges as opportunities to learn something new. As a producer, I’m always looking at budget and production value – what in the script would require the most money and resources. I’m also looking to see if the script is feasible to film. I’ve read scripts that were impossible and dangerous to make on an indie level without properly trained professionals. And of course, I’m looking for something to relate to. Whether it’s the films message or a character, you need to find something that you love; something you can cling to even during on the toughest day when everything goes wrong. Making a movie is a hard and long process, often taking months and even years to complete, so you need to have a connection to some part of the film that will fuel your passion. 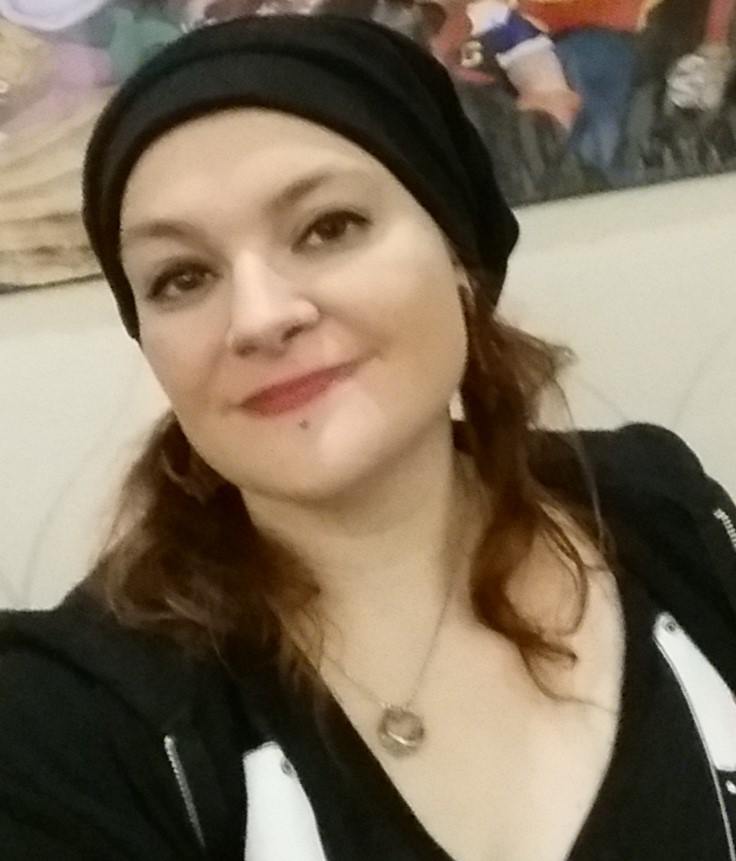 Years ago it was impossible to find a girls-cut horror shirt and now they make “gateway horror” with full product lines like Monster High for little girls. I have three nieces and I buy monster stuff for all of them. Meanwhile, when I was kid, I got told that monsters were for boys. I think movies and TV shows like True Blood, Vampire Diaries, and Twilight have created a new subgenre of romance horror which is bringing women of all ages to over to the dark side.  XX, an all-female anthology film is being released and Mad Balls and Ecto Cooler are available in stores. It’s an awesome time to be a horror fan!

Actresses have more opportunities to get better roles with HBO, Showtime, Amazon, Hulu, and Netflix now creating their own content. These venues are not following the old Hollywood system – they seem to be embracing more inclusive and diverse stories with shows like Luke Cage, Jessica Jones, and Orange is the New Black. They are also embracing horror, sci-fi, and dark comedies with Black Mirror, Penny Dreadful, Stranger Things, and Santa Clarita Diet. They aren’t following the old studio/network standards and seem to trying to bring in fans with unique show concepts and characters. Look at Eleven; she’s both a strong heroine and a sympathetic “monster.” She even rejects the female stereotype when she dislikes the wig and dress they put her in to sneak into school. Drew Barrymore’s character in Santa Clarita Diet is a typical suburban mom, who gets infected and has to kill and eat bad men in order to survive. And the more bad men she eats, the more impulsive and dangerous she becomes. And isn’t that a strong message t