Posted by:
Tags:  Eve Oliver Mask of Thorn The Brink women in horror

“Eve is a professionally trained dancer and actor based in Bedfordshire and began training when she was 4.  She has been performing since 2005 in Musical Theatre, and has been working as an actor since  2012.  In recent years, she has started working more heavily in the horror genre – playing the lead in psychological thriller ‘IMG 5453’ which was her debut in the genre.  More recently she has worked on ‘Flytrap’, another thriller in which she played the part of ‘Holly’.  In 2017, Eve worked with film production house Mycho Entertainment as the lead female ‘Bethany Lovell’ in their latest horror feature film, ‘Mask of Thorn’ which is due to be released early 2018, and is delighted to have worked on ‘The Brink’ another feature film by Hundy Gilbert Media, also due to be released this year.   When she’s not working in horror, Eve is a choreographer, working predominantly with Youth Companies on various shows including ‘Miss Saigon’, and ‘Phantom of the Opera’.  Last year, Eve made her debut in voiceover work in radio play ‘Exhausted Supplies’, and excited to have been offered a role for the next play.“ 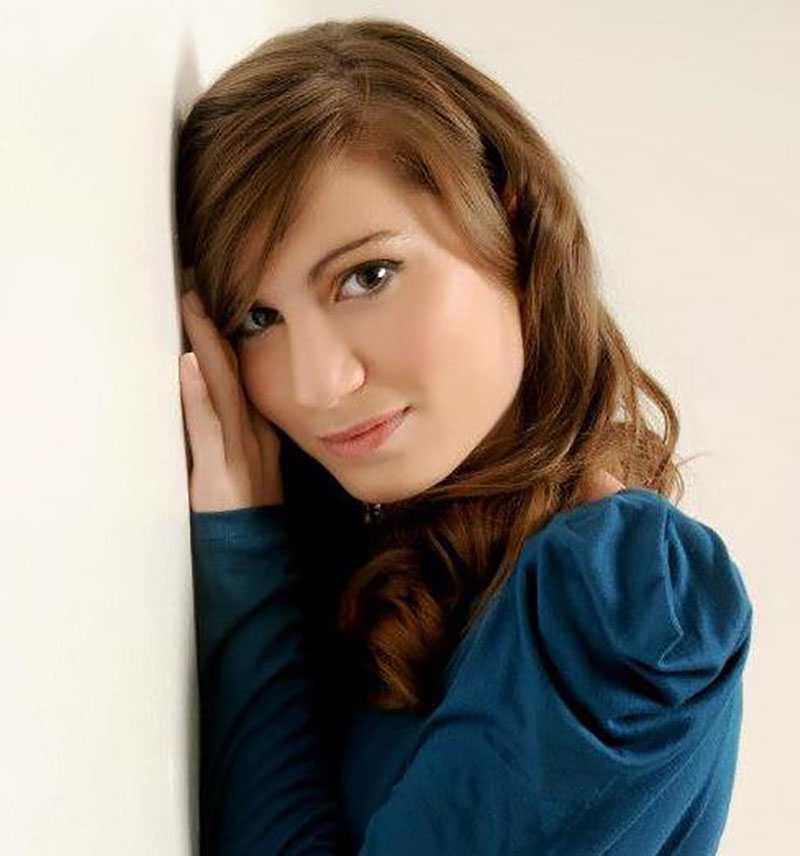 I’ve always been passionate about performing, working on shows and being part of creating a story for an audience. This has always been something very magical to me.  I grew up going to various classes, ballet, singing, acting, and music lessons. I eventually trained professionally as a performer before graduating back in 2012.  When I first graduated, I worked a lot on student films, traveling up and down the country to gain as much experience in front of the camera as possible. Since then, I’ve started working and connecting with independent film companies – mainly now working in the horror/thriller genre. I love it, and I’m meeting so many talented, passionate people. I wouldn’t change it for the world! 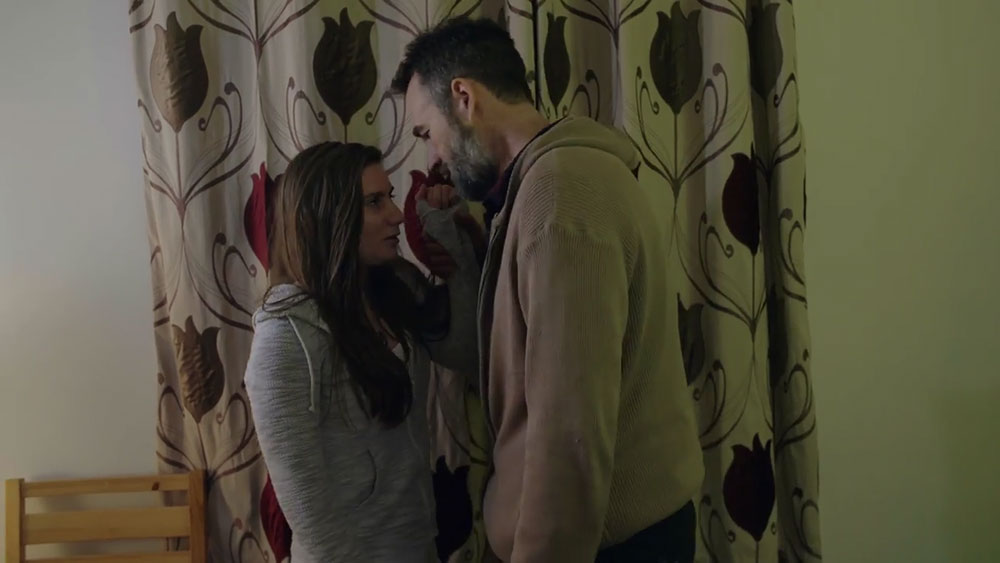 My first ever encounter with the horror genre was when I was at Upper School. Our media term was all about the opening of ‘Scream’ (1996), so we saw the Drew Barrymore sequence over and over. I guess that first got me hooked into the genre. I wanted to know more! But, for who inspired me the most, I’ve got to pick who I view as the ultimate survivor, Sigourney Weaver’s Ellen Ripley in Alien (1979). She’s strong, she’s intelligent, and she went from being the victim doing anything to survive to the badass female action hero in the films that followed. I love that. 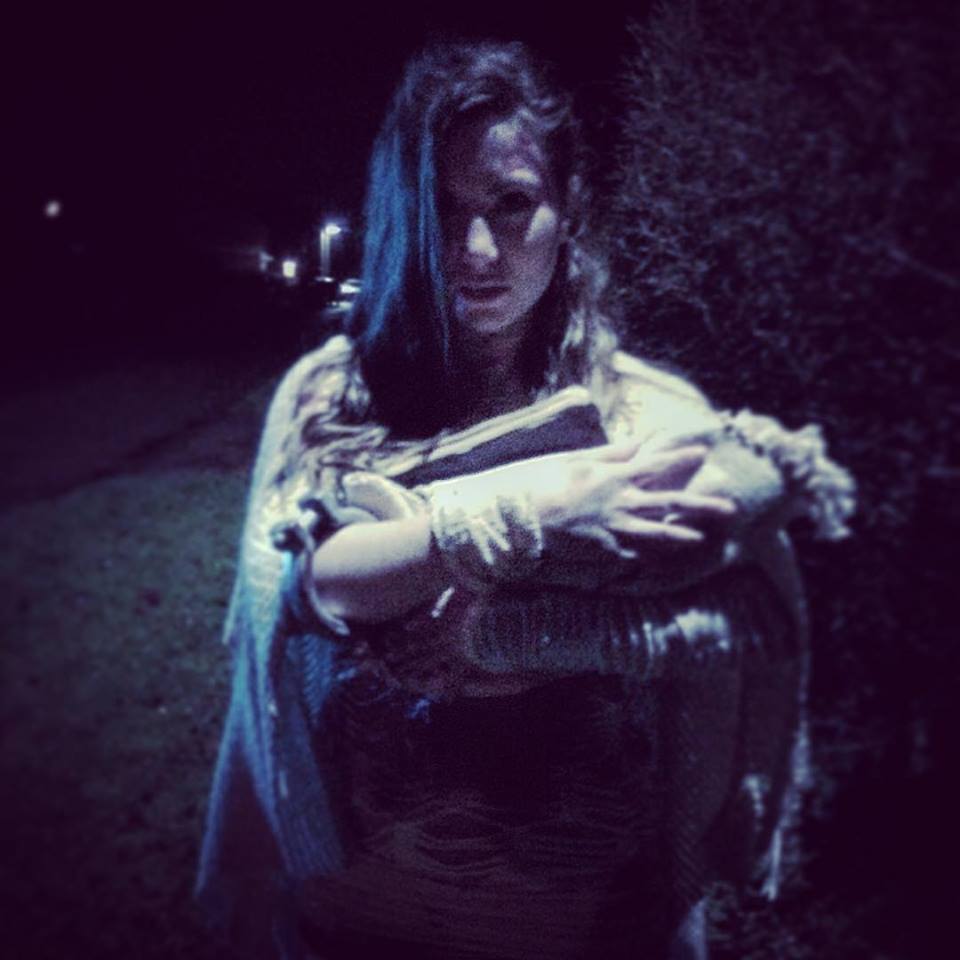 I’ve enjoyed watching horror films for a number of years now, enjoying both modern horrors like ‘Insidious’, ‘Annabelle’ films and some of the old favorites ‘Nightmare on Elm Street,’ ‘Friday the Thirteenth’.  However, the game changer for me personally had to be ‘It Follows’ (2014).  It was so tense! Had me on the edge of my seat pretty much throughout, and definitely left me hungry for more! It was a really good psychological thriller, leaving you sometimes just as panicked and stressed as the characters you’re watching on screen! 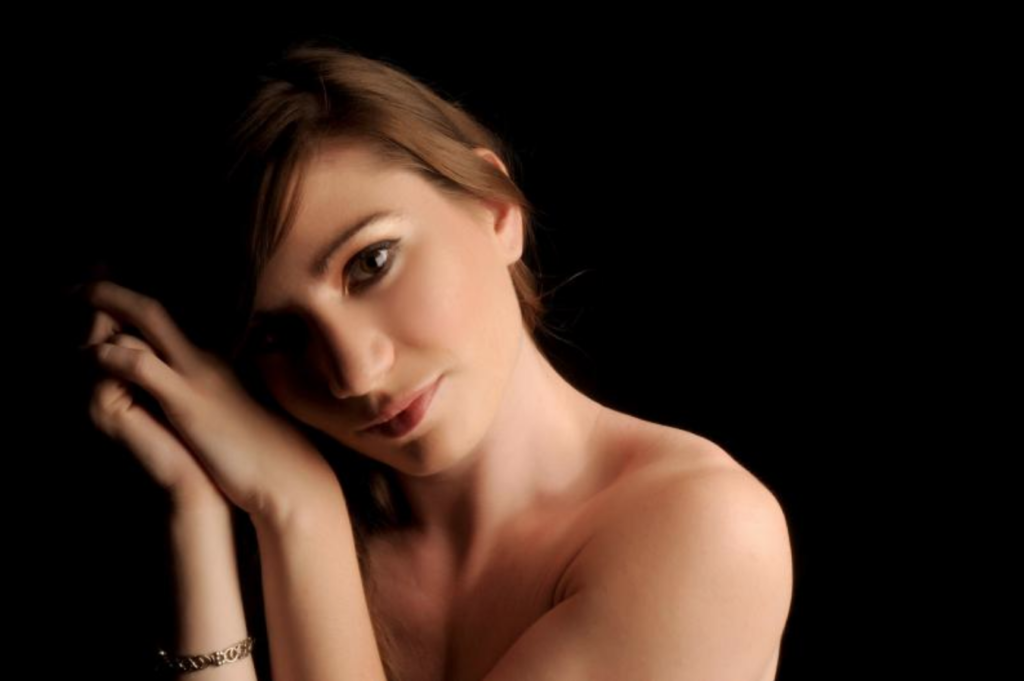 I mean, pretty much every script I’ve been offered, I’ve adored. ‘Mask of Thorn’, and ‘The Brink’ in particular, both feature films I worked on last year had awesome scripts that hooked me in from the word go.  There are so many creative awesome people out there, and I can appreciate the hours and hours of dedication that go into any project in such early stages.  The fact they are sharing their thoughts and ideas with me is a real honour. 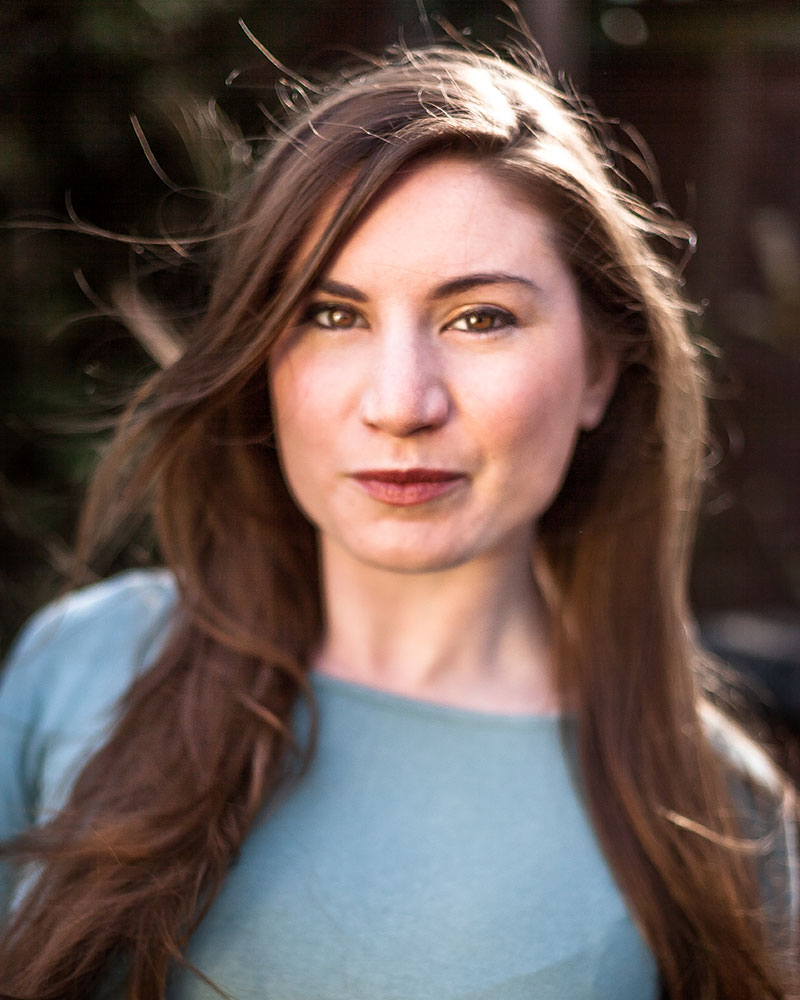 I’ll be honest – if anything pulls me towards a project, it’s the passion behind it.  I’m no stranger to hard work, and when you can see that a company or person is so passionate about making their ideas a reality, I naturally want to help, in any capacity I can – and do!  Teamwork is so insanely important in Indie film, regardless of genre, and the more you put in, the more you get out!  I can honestly say, hand on heart, that every acting job I have had has been amazing fun.  Don’t get me wrong, its hard work, long hours (and very often freezing!) but the atmosphere when you’re working towards a common goal, and working so closely is amazing!

Yeah, it’s a really interesting time for women in horror at the moment. We’ve seen the transition of women being used as almost a plot device in some of the early horrors (damsel in distress type), which gives a reason for a chase / a fight etc to happen because of her, rather than having the woman as her own hero.  A film that amazingly crushes all these stereotypes is ‘Hush’ (2016). If you haven’t seen it yet, do.  The leading lady is a seemingly ordinary person who finds herself in an extraordinary situation and rises to the challenge, without having to ask for help.  It’s awesome. 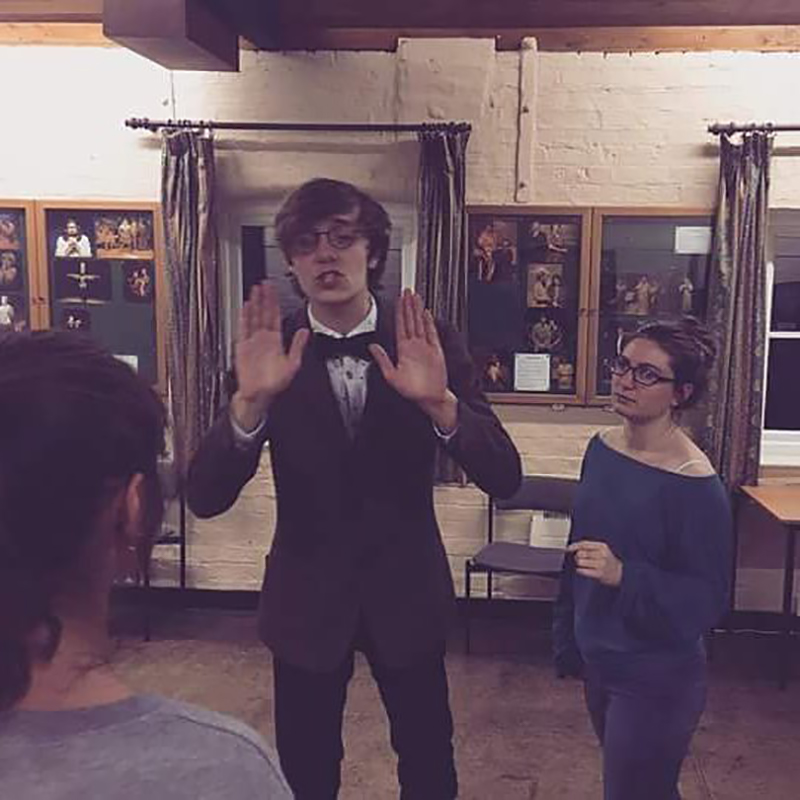 What I love is that women are fighting their own battles now in the horror genre, and they are incredible!  What I’d like to see next is strong women leads that do not have to physically use traditionally male characteristics to be seen as ‘strong’ (even though it is pretty damn cool!).  I’d like to have some instances where we come away from the sole idea that this is how a woman is perceived as ‘strong’.  I want to see strong women who lead a group, strong women who can negotiate their way out of situations, strong women who can inspire others through their actions.

‘Mask of Thorn’ is a horror feature film where I played the leading lady and that premiered last month, so I’m really excited about that, and there will be an Amazon and DVD release over the next few months! I’ve not long finished working on ‘The Brink’, another feature film that is due to be released later this year!  I also work with a comedy improvisation crew, ‘At the Drop of a Hat’, and we will have some shows coming up over the next few months, so keep your eyes peeled for that – it’s always a fun night. 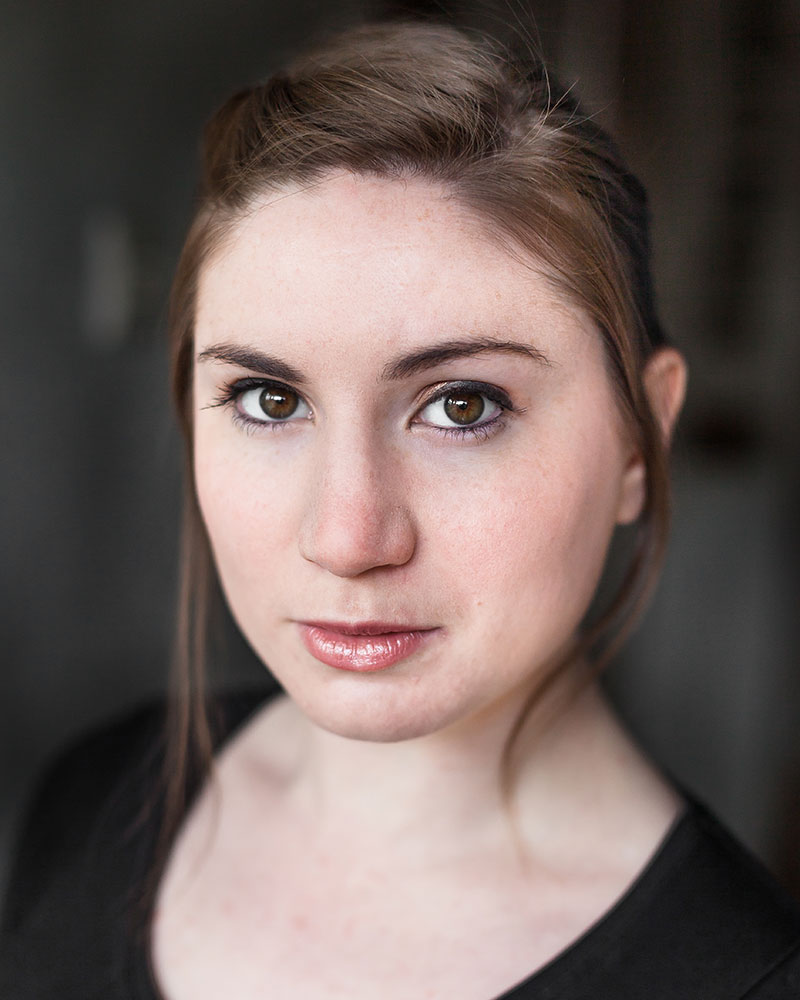 I’ve also just had a first draft through for a fan fiction radio play which I’ve been asked to be a voice actor for! It looks awesome, can’t wait to start. His previous play: ‘Exhausted Supplies’ has been really successful!  I’m also hoping to choreograph for a musical ‘The Hired Man’ later this year. I always love creating and mixing with people – sharing new ideas!  Other than that, I’m going to roll with any projects that come my way! Who knows what 2018 has in store?