She appeared in her first play “Bye Bye Birdie” in 6th grade and her first indie film, “La Bolsa”, during her final year of high school. She then went on to graduate from Emerson College with dual degrees in Theater and Marketing. During this time she also started extensively working the New England film and theater scene before making the move to Los Angeles in 2011.”* 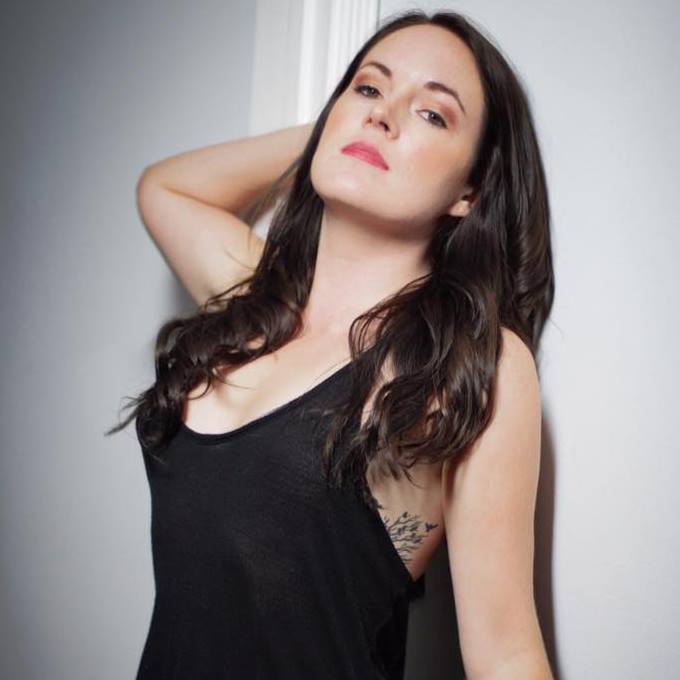 I’ve wanted to be an actress since I was 8 yrs old and did a bunch of school plays and stuff. I went to Emerson College in Boston for acting and while I was there, I figured that since it was a city, that there had to be some films around that I could try to get involved in – and there were! New England has a great indie film scene! I was recommended to Richard Griffin (who I’ve now done 7 features with) and it’s his films that I’m really known for as they’re the most popular and the ones that people watch and review etc. I didn’t specifically set out to do horror films (all though I have always had a love of the horror genre), but at the indie level, that’s what most people are making, so that’s where I started out. After working on over 70 projects in the 5 years that I was there, I had built up a little bit of “buzz” and decided to make the jump to LA.

That’s kind of a tough question – depends on who you consider to be a scream queen! I think the most inspiring actresses are the ones that work really hard to build themselves up and carve out a place for themselves in the industry, but also aren’t bitchy or backstabbing or shallow in the process. To me, the first person that comes to mind that has done this is Debbie Rochon. I think the work that she gets, her “status” in the community that she has worked really hard to achieve, and also her ability to consistently stay relevant is really inspiring. She’s almost like the horror version of Madonna lol! 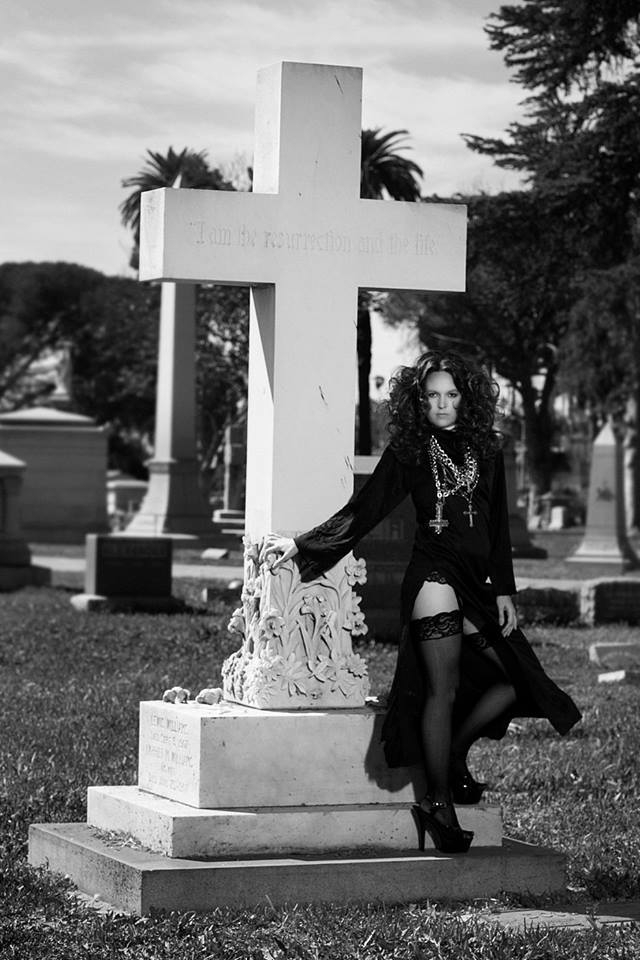 When I was in elementary school my friend had a sleep over party and we watched Halloween and The Exorcist. I had never seen movies like that before. From then on I was curious about horror films and wanting to see more, which wasn’t really allowed in my household.

Generally the director’s previous work. A good script can easily be done poorly and a bad script can be done pretty well all depending on the director’s vision. If I trust them and I’m a fan of their previous work, then I’ll do a project pretty much regardless of the content of the script (with some exceptions of course). I’m also very drawn to new ideas and new spins on old tropes and concepts. Give me something unexpected and that I haven’t seen before or a very layer character and you’ll have my attention. 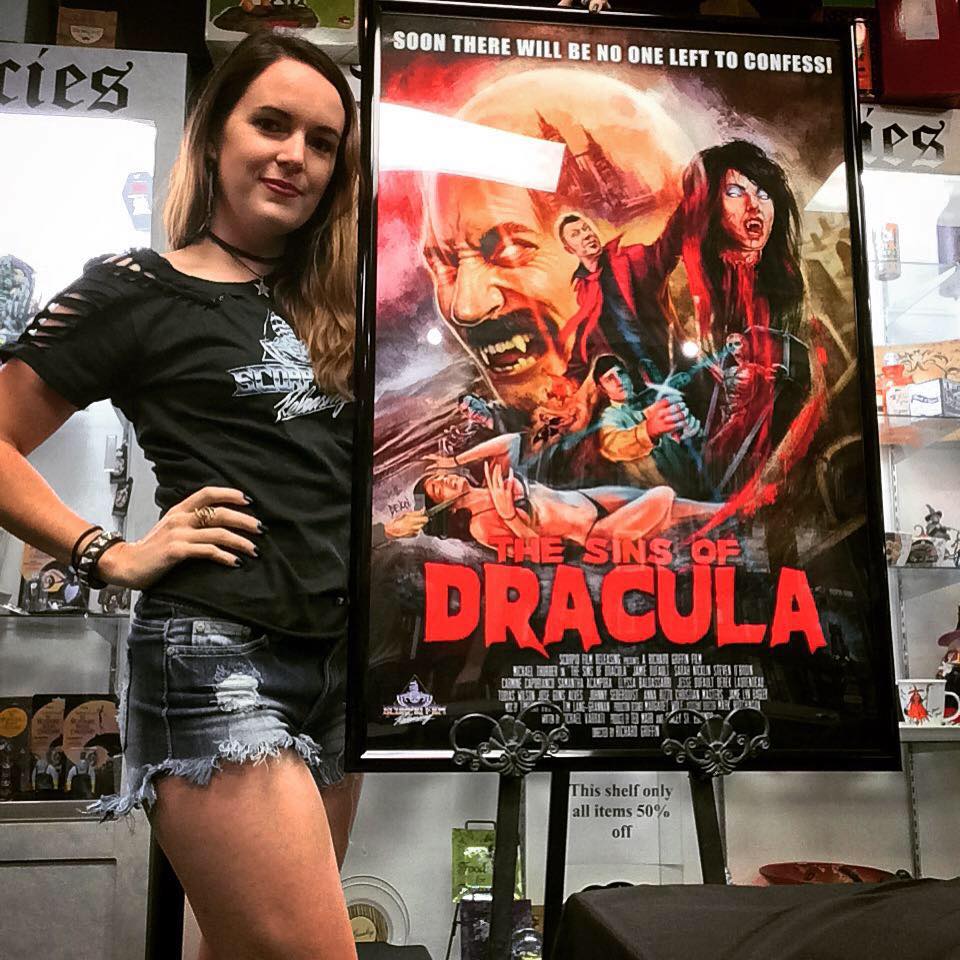 I think women are becoming more and more powerful in the genre. There are more and more female directors and crew members and camera operators. I think horror is one of the first genres to really embrace women creatively. No other genre as a women empowerment movement like horror does. No other genre has a “women in [the genre]” month. A strong female lead is the hot thing that every ones in their films now. Women are the backbone of the genre, not just because in many cases they’re nice to look at, but because they are shaping the future of the stories.

I just finished a vampire film called Sunset Society directed by Rolfe Kanefsky. I’m going to be working on another feature with Joston Theney (Axe Man) called WUK. I’m also collaborating with Ama Lea and Michael Varatti on a short film, and I’m attached to several features that are trying to get financing. I also have another project in the works that I’ve made it to last round of consideration for that’s super secretive, and I can’t talk about at all since I signed an NDA. But hopefully I will get it and be able to share more soon! Could be an amazing year or nothing could happen at all, lol. That’s kinda how this business goes! 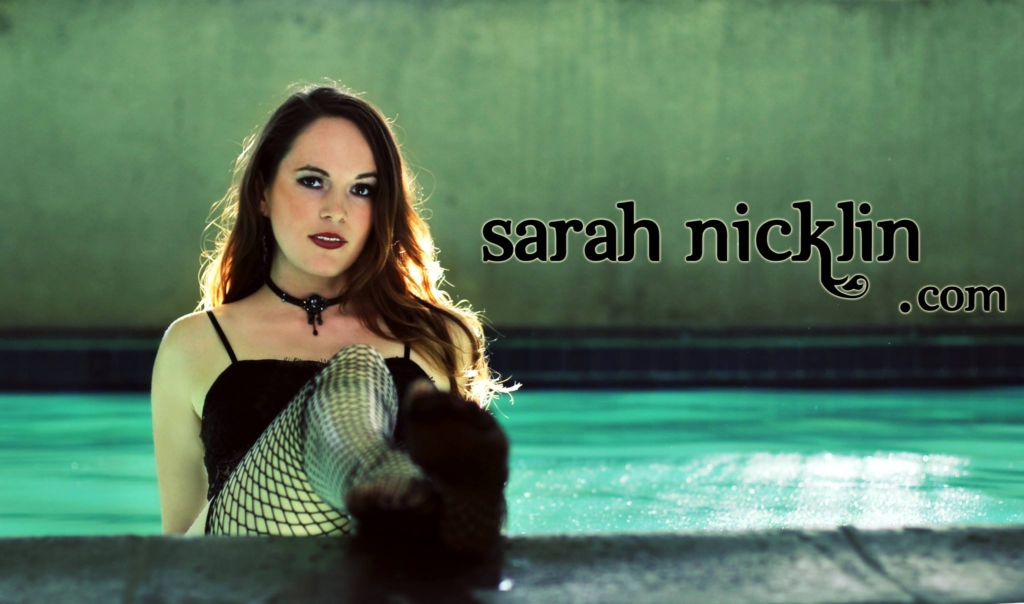