“Sarah French is an actress and model from Minnesota. She got her start modeling when she was discovered at a metal concert, her favorite genre of music. She modeled under the name Scarlet Salem. She later had an opportunity to get into acting. Her love was always horror so naturally she gravitated towards those projects using the Scarlet Salem name. To date she has done over 30 films with titles such as Strip Club Slasher, Killer Biker Chicks, In Harm’s Way and Terror Overload. Outside of horror she also plays a Russian assassin in the martial arts film “Opposite Blood” and a Ghostbuster in the online series Ghostbustin 911, which is a mix of Ghostbusters, Reno 911 and Cops. In addition she has been featured in many magazines like Gorezone and Girls and Corpses. She writes a scream queen column for Shock horror magazine. In April 2011 she dropped the Scarlet Salem name and began to use her real name for all future work.”* 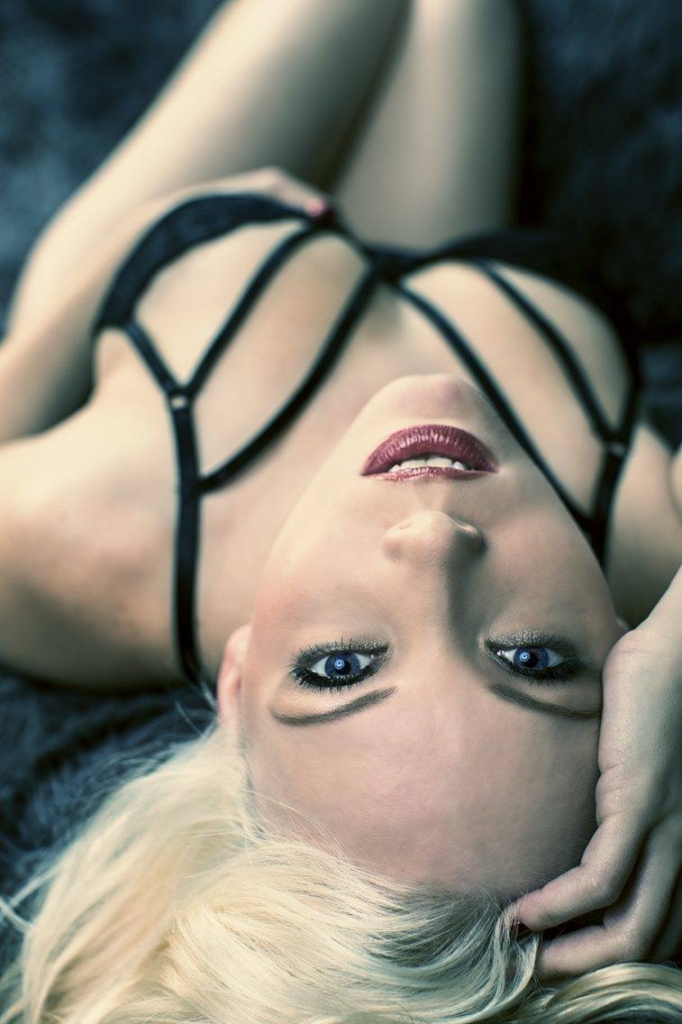 I started out modeling. A photographer came up to me at a metal concert, liked my look, and we set up a shoot. Soon after that, I gained enough confidence in myself and looked into auditions for horror films. I’ve always wanted to be in a horror film, because that’s my favorite genre to watch. So I did some research and found some casting calls. I went to an audition for a short film called Pajama Party Massacre. They liked my look and attitude, and I was hired right on the spot. Since 2007, I’ve been in 40+ feature and short films, commercials, and music videos. I can’t get enough of it!

I’d have to say the actress/scream queen that inspired me the most would be Cassandra Peterson, aka Elvira. She’s more known as a TV/movie horror hostess, but she’s done her fair share of movies as well…and she’s a scream queen to me. I’ve just always loved her character. She’s super funny, beautiful, and all around has great charisma on TV. Watching her on tv hosting cheesy horror movies was great. As a young girl, I always looked up to her, and I still do to this day. 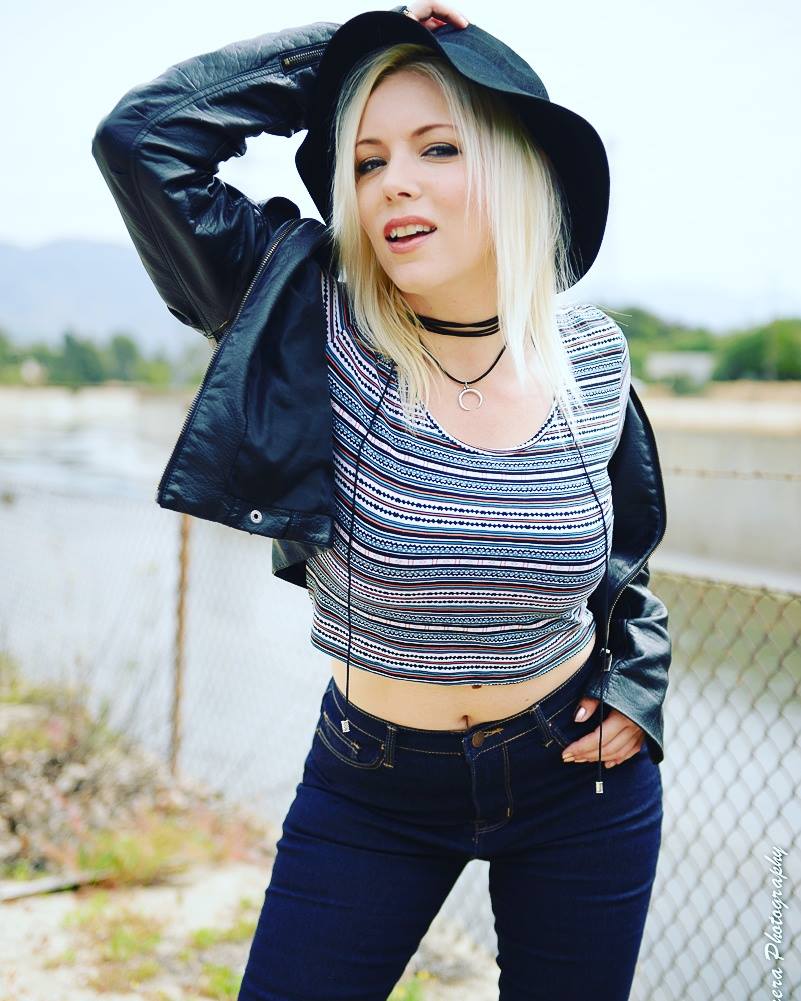 It’s really hard to pin point the horror film that got me hooked on the genre, but the first one I can remember watching was Child’s Play, and it just felt right. I love horror for many reasons. It makes me feel a certain way. I’ve always been drawn to darker things. I like being scared. I still cover my eyes at times. I love the plots, the acting is fabulous, and it just always worked for me. Horror is also a great outlet. You can get out all the bad feelings you have reading, watching, writing. It can be cathartic.

First and foremost, the story. If something about it grabs me, then that’s a good sign. To be honest, sometimes money talks too. I have bills to pay after all. But when I can find a good part and a good script, it’s almost magical. What pushes me away is a bad script, obvious ego behind the project, or if it just reeks of bullshit. 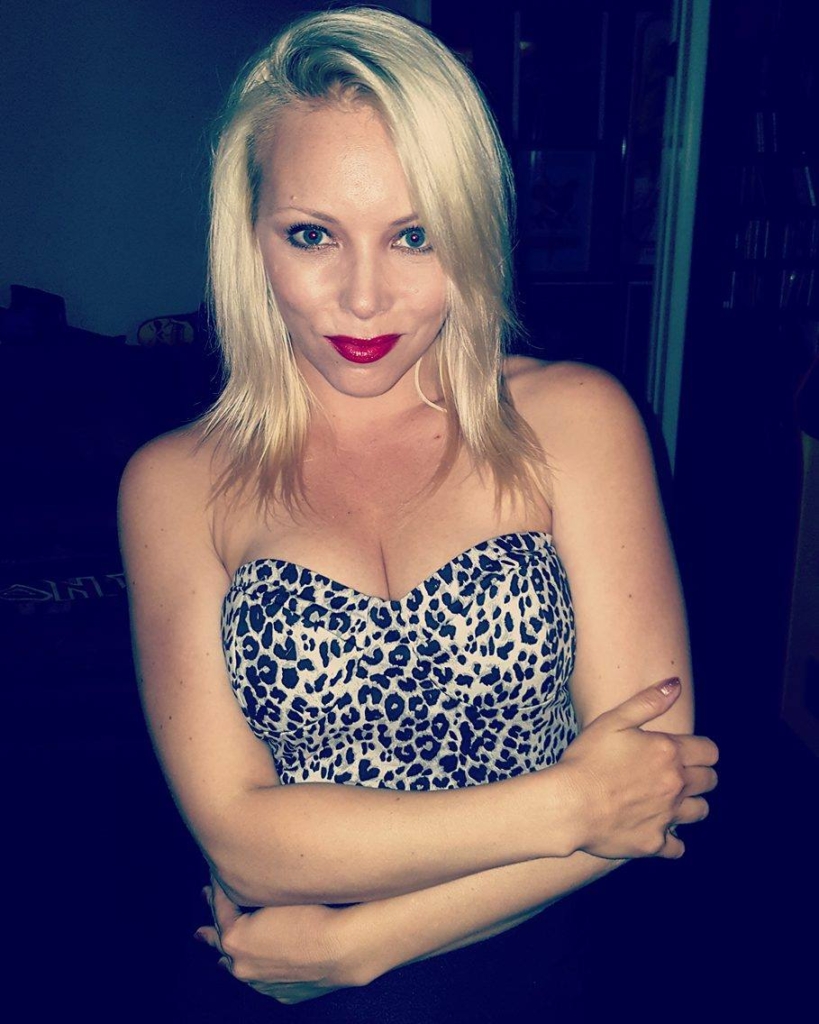 In general, you see more and more women getting behind the camera, which I think is fantastic. As far as the future of women in horror, I think the sky is the limit!

Let’s see… I just worked on a new film by Jordu Schell, famous creature designer, in his sci-fi/horror directorial debut Remote Viewing. To give you an idea, the tag line for this is, “In a small Ontario research facility, team 12-B has stumbled upon something very dangerous, very powerful… and very intelligent.” Beautiful sets and killer effects…I’m really looking forward to this one!

I’m also really excited for Death House. I did a small one day cameo in it, but the crew and cast were great. It’s full of horror icons, and I finally got to work with Sid Haig, which was very cool. 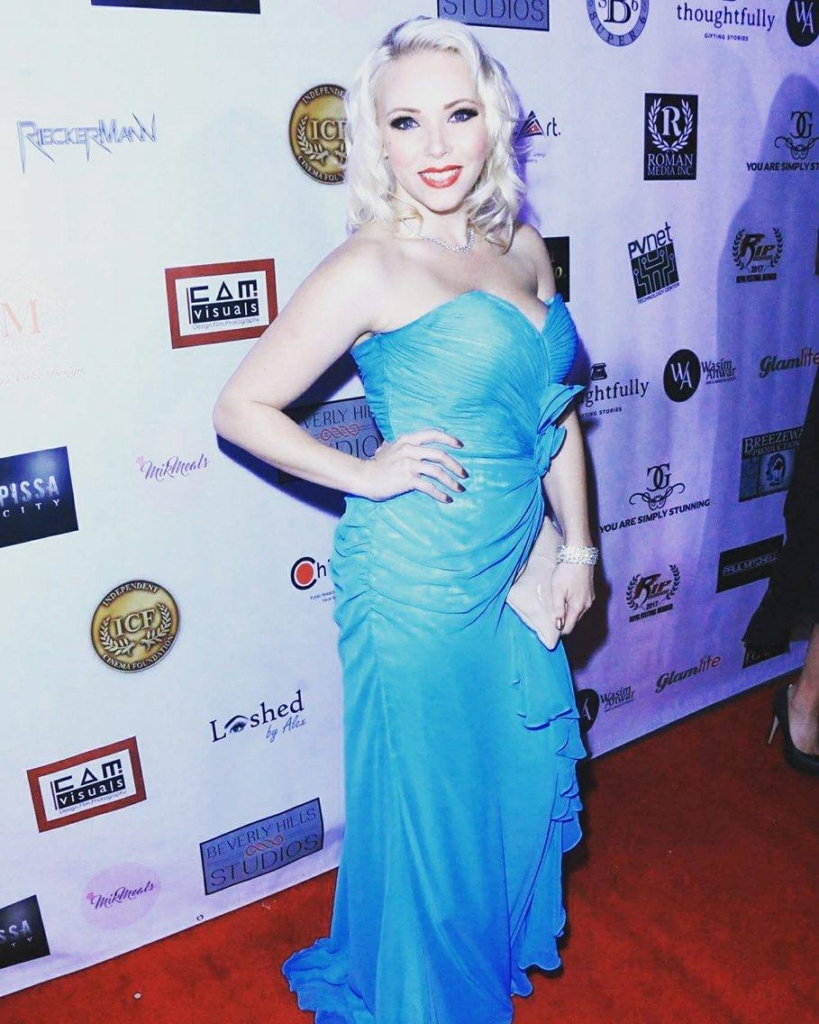 I should mention My Uncle John is a Zombie, written by John Russo, the co-writer of the original Night of the Living Dead. That is currently in post-production. I play a detective in that one, and I have some very cool scenes. Plus, we shot in the Evans City Cemetery. How cool is that? I just shot a slasher film on old school VHS called Axe of Violence. Yes, shot on VHS. Crazy right? I grew up watching VHS, so I was excited to be a part of that!

I finally got a chance to work on a shark movie called Land Shark! I had a blast with this one. I get to play a scientist. The movie is set to be released May/June of this year, so keep your eyes peeled. I also got a really cool opportunity to work a few days on a new Amazon Prime TV show starring Kelsey Grammer called The Last Tycoon. It takes place in old Hollywood in the 1930s, so I got to dress in that period. It was such an honor to work on that show. I also got the chance to work on the new biopic on Lynard Skynyrd called Street Survivors. Amazing cast and crew, really looking forward to that one as well. Lots to keep an eye on!!