“Born in San Antonio Texas as an identical twin, Tiffani Fest has been acting and performing since she was a child. She was part of the first graduating class of the North East School of the Arts, the premier school of its kind in her hometown. She then moved to New York City with only $500 in her pocket and a dream, and paid her own way through college at Fordham University at Lincoln Center, where she graduated with a BA in theatre/acting and a minor in French. She has since relocated to LA and is continuing to pursue her lifelong passion.”* 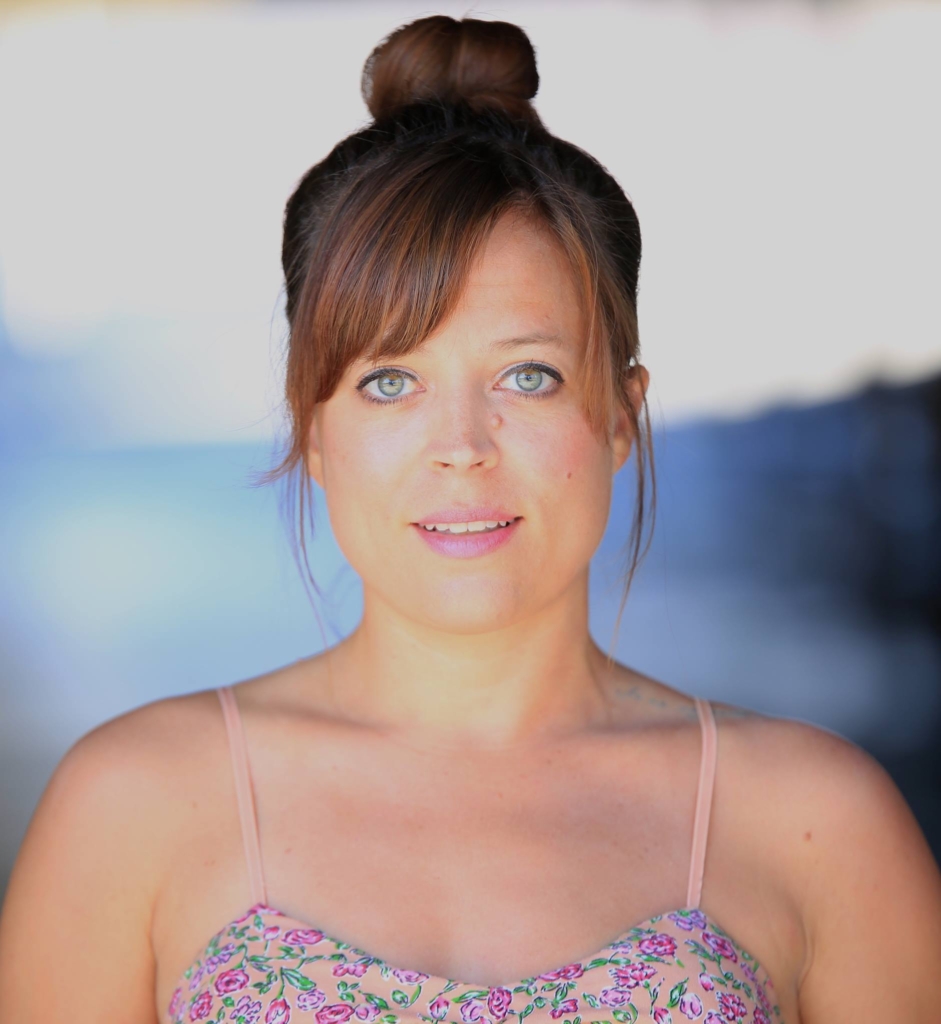 I have been acting & singing since I was a young girl growing up in Texas. I started around 8 doing musicals in the local community theatre, got hooked, & eventually got accepted into the first performing arts highschool in San Antonio, where I studied theatre & voice, & then got a scholarship to Fordham University at Lincoln Center in NYC, where I got my BFA in acting. It’s been a lifelong journey really.

I would have to say Sigourney Weaver first & foremost. Aliens is hands down one of the best movies in the genre. And it was such an awesome & powerful female lead role. She was so tough & believable. I get told I look like a young Sigourney Weaver a lot – and I take this as a high compliment. Another inspiration of mine is definitely Winona Ryder – her role in Dracula is an all time favorite. And of course Edward Scissorhands -which takes my breath away every time I watch it. I would die to play either of those roles!!! 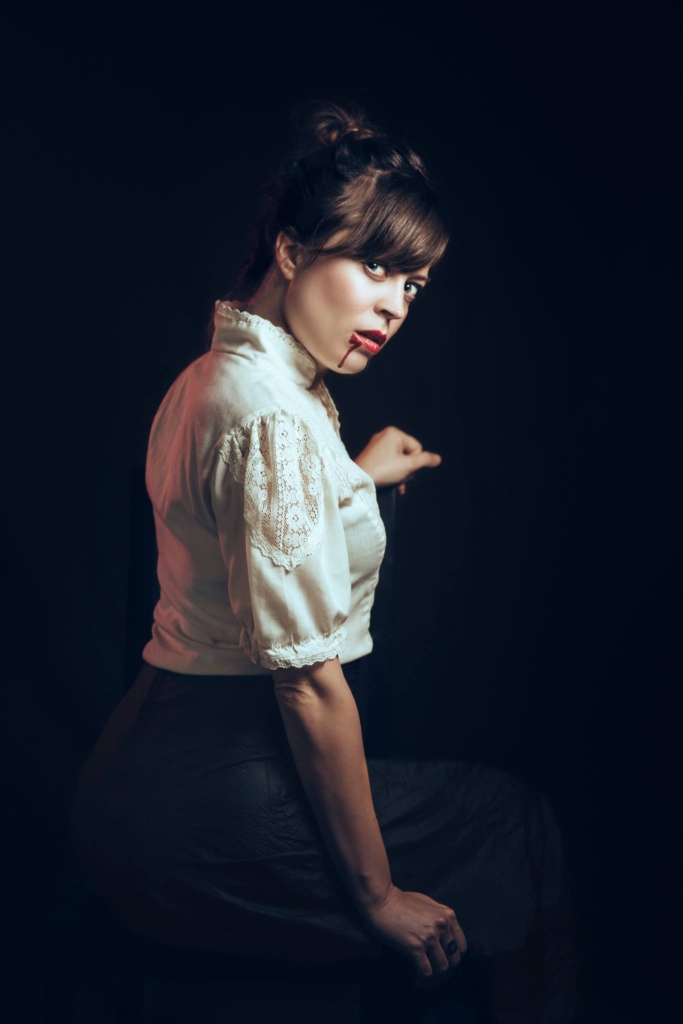 I’d say 2 horror films really stick out to me in terms of influencing my love of the genre. One is most definitely ALIENS with Sigourney Weaver. I grew up on that film. It was a favorite of my father’s and I remember thinking Ellen Ripley was the coolest, toughest chick I’d ever seen. As I’ve gotten older I get told I look a lot like Sigourney Weaver and it’s a huge compliment to me. The 2nd film would be SCREAM. God, I remember watching that in the movie theatre, and that opening scene with Drew Barrymore was so terrifying and exhilarating I couldn’t believe what had just happened! I think SCREAM really changed the landscape of horror films. Added a comedic element that hadn’t been done before. And of course I fell in love with good girl Nev Campbell. I get told a lot I look like her too. Kind of amazing how two of my favorite films also have lead actresses who I resemble. I’m gonna take that to mean something great in my future ☺

I’d say first and foremost I am drawn to scripts with strong female characters, not just the victim in a slasher, or a sexy bimbo who gets murdered. As a feminist I love a writer who really digs into the complexity of the female psyche. Who can show her both strong and powerful, yet also vulnerable and emotionally scarred. And I’m definitely drawn to horror films with something original about them – if it’s been done before, over and over, and is full of cliché after cliché, I’m probably not interested. 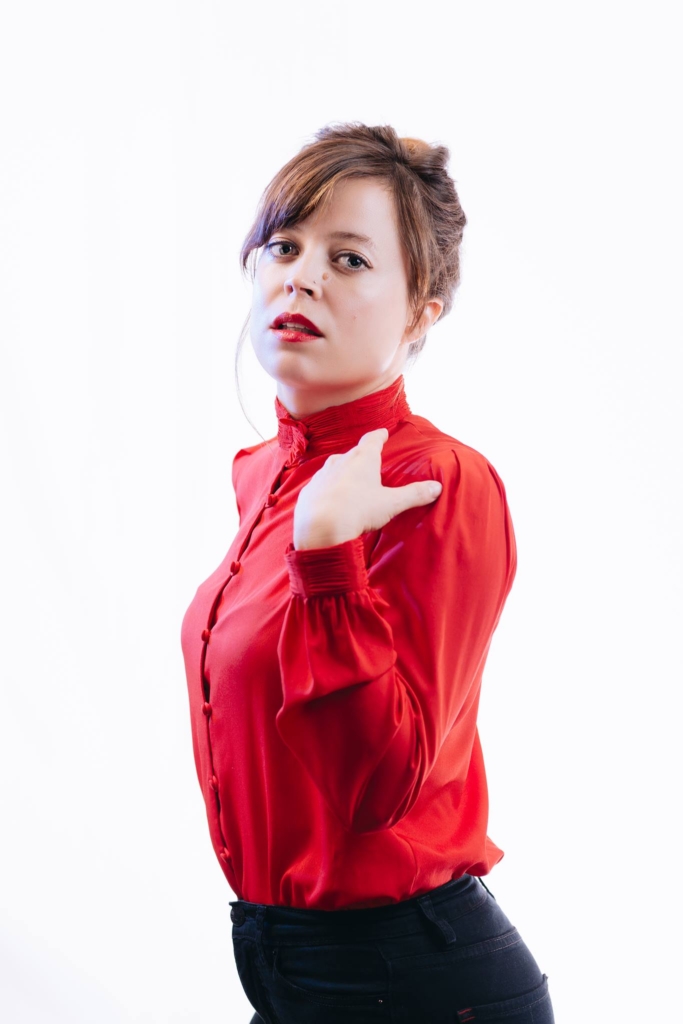 Honestly, I think it’s the idea of featuring more complex, diverse, female characters and having more female driven stories. And more female writers and directors is what makes that all possible of course! I see it happening more and more and it’s quite an exciting time. It’s why I can’t wait to see films like the highly anticipated XX, an all female horror anthology which premiered at Sundance  last month and is produced by my buddy Travis Stevens over at Snowfort. Or why I follow the talented Jill Gevargizian, who keeps producing rad horror shorts featuring strong female leads. Or my uber talented band mate and writer/director friend Olivia Saperstein, whose cooking up a horror film featuring 7 female leads. I’m constantly inspired by female film circle, and can’t wait to see it continue to grow and evolve.

Next up I am shooting a thriller called Payday, a heist film being shot on location in Kentucky next month, with director Chase Dudley and his wife and film partner Samantha Dudley. It’s a great script with lots of action and features myself in a role unlike any I’ve ever played before. So stay tuned and follow our FB page!

I’m also shooting a pilot with the legendary Barney Cohen, creator/producer of Sabrina the Teenage Witch, and the writer of Friday the 13th: The Final Chapter. It’s about 7 scream queens making a horror film, called “Seven Screaming Women.” I can’t say much else as its still under wraps,  but talk about a horror script featuring  powerful women leads ☺ I feel very lucky and will get to play and work with some of the best – my friends and horror icons like Felissa Rose and Tiffany Shepis. It’s going to be a good time to say the least! Always inspired and humbled by these beautiful women ☺ 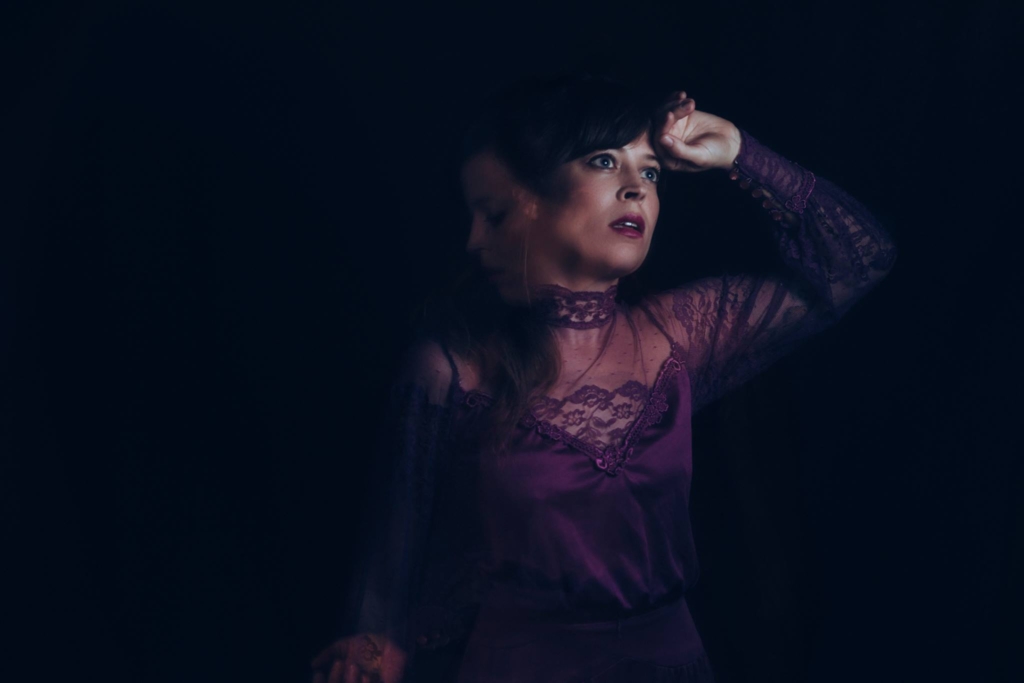 Pictures 2, 3 and 4 credited to Dave Jacobsen and FoxTrot Images