Round 4 of voting for the next Death Games bracket is almost over; now is the time to make sure your favorites make it through to the end.

As we race to the finish line of the Morbidly Beautiful Death Games, four killer films are battling it out in the semifinals. When we began, 32 contenders entered the ring. Now it’s up to you to decide which 2 films will go to head to head to crown the King of Carnage. To help secure your votes, four members of our staff take up the mantle of lobbying for their favorites in this battle. Find out why they think you should vote for each of the four very worthy contenders in the two epic semifinal matchups.

Make sure your champion reigns supreme and vote now. But you have to hurry! Voting for this round ends Saturday, October 24th, at noon Central.

MATCHUP #2: READY OR NOT VS BATTLE ROYALE 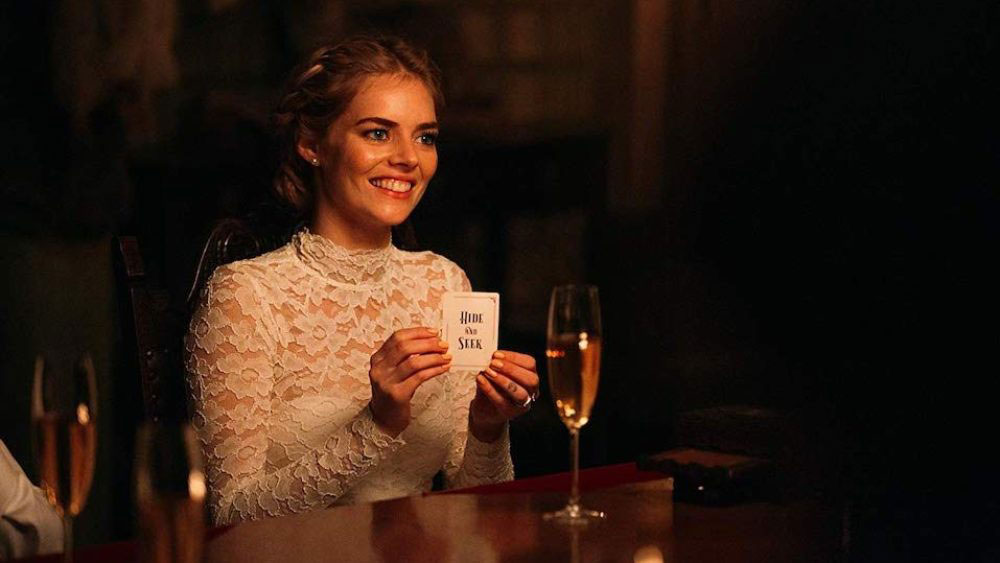 The rules aren’t known. Hell, there isn’t even a rule book; no instructions printed on the inside top of the box. And there’s no preparation, no knowledge beforehand about what is about to happen. It’s just “run now if you want to live”. That’s all Grace (Samara Weaving) in Ready or Not is given before she’s chased around a large house by a maniacal family armed with guns and knives and axes and crossbows.

It’s Grace’s wedding night, and, having built their fortune on board games, her new in-laws have a tradition of playing a game every time someone new is welcomed into the family. A peculiar tradition for sure, but harmless fun like backgammon or checkers. If only. When Grace randomly selects to play hide and seek, she finds out the deadly intentions behind the game when she sees a servant get part of her face blown off by a shotgun, because the person who shot her thought she was Grace. In an instant, this fairy tale wedding day just became a harrowing nightmare of survival.

Grace learns that “playing a game” actually means the family killing her by dawn in order to avoid a family curse. If the family fails to kill Grace, they will all die. Still in her wedding dress, Grace’s mindset is nowhere near prepared for such a shocking revelation. Not that anyone is prepared to partake in any sudden life or death situation, but Grace is thrown into such a scenario on her wedding night with her husband aware of the tradition! To mentally shift gears as fast as Grace is forced to would be a Herculean task for anyone.

But Grace isn’t just anybody, and her badass attitude fuels survival skills she didn’t know she had.

The ensuing game of cats and mouse is suspenseful, laugh-out-loud funny, thrilling, and features a knockout performance from Samara Weaving that is both beautiful and brutal to watch. Gritty, bloody, and in your face, Ready or Not is a wallop of a film that’s entertaining as hell — with an ending that’ll blow your socks off.

In addition to being the ultimate death game movie, the story is a darkly hilarious exploration of family dysfunction and how the rich see themselves as above the common man, using them for entertainment.

Grace is a lone wolf in this death trap of a house filled with cursed killers who want her dead. No one is giving Grace tips telling her how to survive the night. No one can be trusted to form an alliance with, not even her own husband. There’s no one to turn to. It’s just Grace with her instinct and sheer will. She’s fucking Rambo in a wedding dress and Converse. And when the shit hits the fan, Grace is ready for the blood to flow and for heads to roll, staring death in the face with a fierce smile that says, “game on.”

Vote now to help this modern masterpiece win the game.

VOTE NOW FOR READY OR NOT 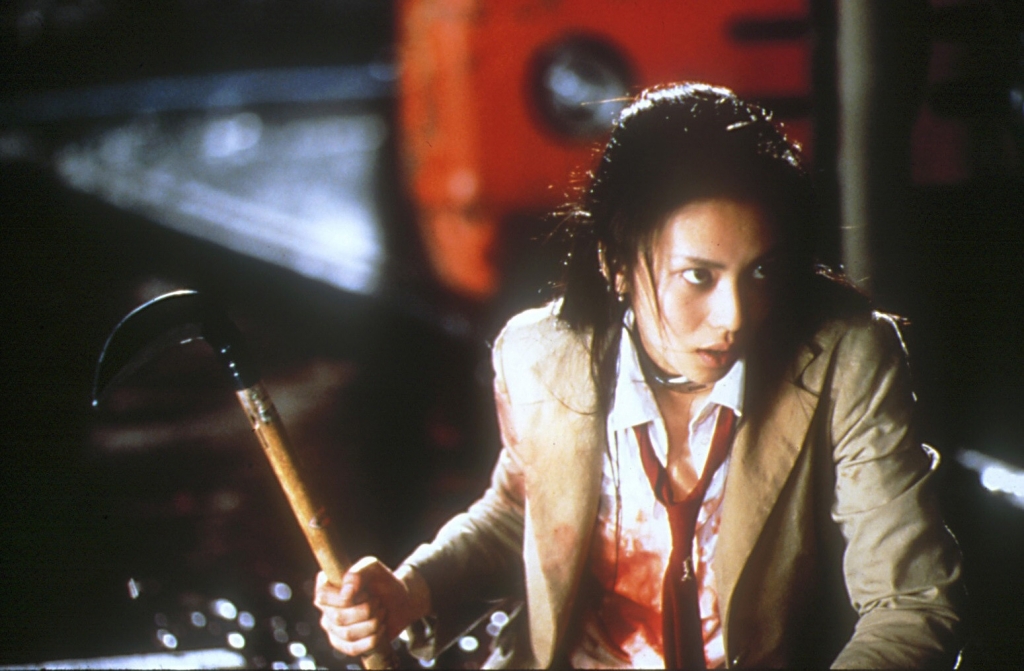 It shouldn’t be a surprise to find Battle Royale (2000) as a final contender in the Morbidly Beautiful ‘Death Games’. Actually, I would’ve been both shocked and saddened to see if it wasn’t among one of the four finalists.

Twenty years ago, legendary Japanese director, Kinji Fukasaku took on one of most controversial narratives ever spawned in the Land of the Rising Sun. Battle Royale, originally a novel penned by Koushun Takami, then a popular manga series, became the scourge of the Japanese government. Keen on banning the 1999 novel, as well as the motion picture adaptation, for the graphic violence involving teens, officials and their outcry inadvertently catapulted Battle Royale to one of the highest grossing films of all-time in Japan. Despite the fact the film had a difficult time with some rating boards and critics across the globe — causing screenings and releases to be few and far between — the movie still ended up rightfully earning a cult status badge.

The Japanese government — feeling they have lost control of their country’s youth — seek to regain authority with the implementation of an annual tournament called Battle Royale. We follow a group of forty two students, forced to face off against each other on an uninhabited island. The rules are simple; the last one standing wins. But to make things a bit more interesting, danger zones are mapped out, and electronic explosive collars are fitted to each participant along with randomly assigned weapons. Some definitely fare better than others, with everything from an Uzi machine gun to a pot lid given as resources to help each one survive.

In the impeccably paced two hour run time, we see all sorts of provocative shit go down. Stabbings, shootings, explosions, poisonings, hangings — even young lovers plunging to their demise — are experienced. Death after death is played out on screen in over-the-top succession; presenting many fans with a healthy dose of blood and gore. And this is something I personally find irresistable.

Fukasaku felt a deep connection to the tale told in Battle Royale after his traumatizing experience as a young adult working in a factory during World War II, and I believe he took great honor in translating those fears and concerns he faced for this infamous feature that continues to stun audiences.

With an epic body count, sweeping array of weapons, swift-minded students and a certifiable cult status, Battle Royale should reign supreme. Vote now and make sure it gets the bloody gory it so deserves.