Posted by:
Tags:  As the Gods Will Battle Royale Brainscan Deadly Games Death Games Punishment Park Ready or Not Saw The Most Dangerous Game Veronica 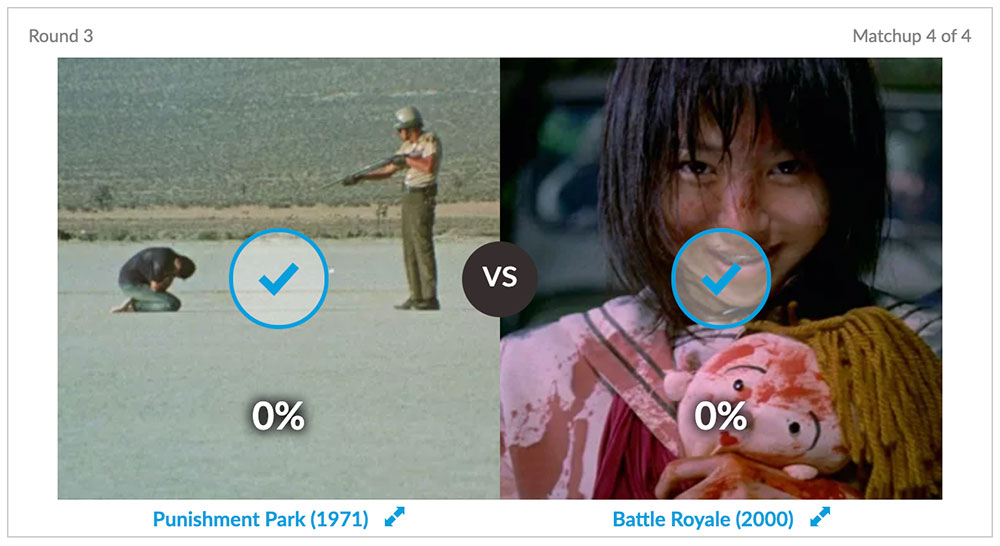 Round 2 voting, where16 killer horror films went head to head, just ended. We’re thrilled to announce that the next match up of 8 films is open for voting. Voting for this bracket, known as the HATEFUL 8, contains 8 movies and 4 match-ups. To help you vote, we’ve included a short synopsis, link to the trailer, and streaming instructions for each film.

Based on Round 2 voting, here are the matchups for Round 3:

After the close of voting, Round 4, THE FRIGHTFUL 4, will immediately be posted. 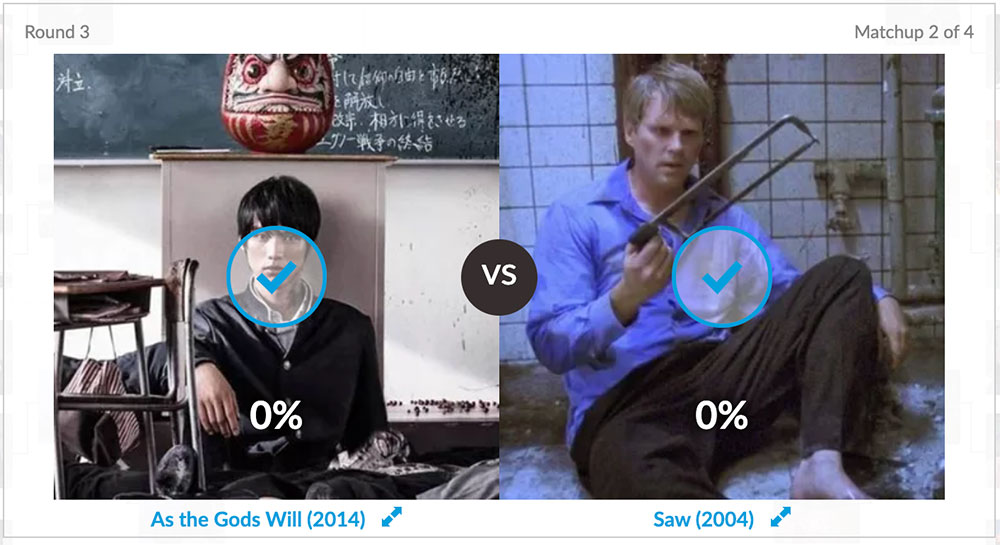 THE HATEFUL 8: CAST YOUR VOTE NOW!