Round 2 of voting for the next Death Games bracket is almost over; time to check the standings and rally for your favorites before it’s too late!

In week one, 32 contenders entered the ring. But after a bloody battle, only 16 remained. Now it’s up to you to decide which 8 films will have a chance to slay their way to the top. But you have to hurry! Voting for this round ends Saturday, October 10th, at noon Central.

In week two of voting, it’s important to remember not to discount the little guy.

The following eight films are currently losing, but the game isn’t over yet! Last week, a couple of films were able to clench a last minute victory and make it to the next round. So, it’s time to check out these dark horses and see if we can turn the tide. 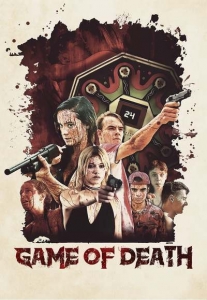 Not to be confused with the 1978 Bruce Lee film, this Game of Death focuses on apathetic, desensitized teens forced to engage in a murder spree or their own lives will be forfeit. Slicker and more cynical than its match-up Veronica, Game of Death characterizes these teens as wooden tropes, with less depth than your standard instagram post.

Stylized with some amusing video game throwbacks, Game of Death is worth checking out if you’re in the mood for a new twist on your good old-fashioned sex-and-slash flick. 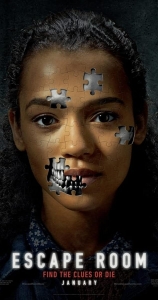 Although Brainscan is currently winning, Escape Room is fun new entry into the Death Games genre. Escape Rooms in general lend themselves to a horror film, as so many are themed to the macabre. Our assorted group of leads each have a room suited particularly to their own vulnerability (always fun), and the reveal is not only intriguing but sets itself up for some delightful sequels.

Escape Room won’t shock you to your core, but if you’re in the mood for some strategic riddles and twisty action, Escape Room is a solid choice!

Watch before voting: Stream on Hulu. 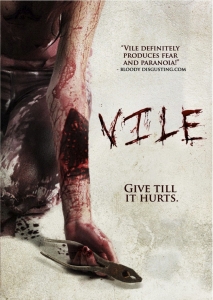 As a huge fan of Round 2 Competitor As the Gods Will, I cannot in good conscience recommend you vote for this one. It’s hard to beat a Takashe Miike film. However, even if you don’t end up voting for this one, I do recommend you give it a watch. 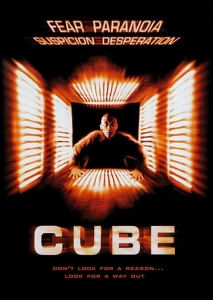 There’s a lot to be said for Saw, as the lil’ $700,000 movie that started a franchise and introduced an iconic new horror villain. But looking in terms of the original box office, Cube was made for half that and made 9 times more than Saw, crowning it as the true breakout Death Game of the last 30 years.

If you haven’t seen this enigmatic Canadian import, Cube has all the mystery of an escape room with the tension of your favorite bottle episode, when a group of strangers awake in a futuristic maze made up of a series of cubes. Some of these cubes are fitted with gory traps, and it is up to the group to discover how to navigate the maze. In keeping the action with the group inside the room, the tension and the mystery ratchet up far more than in Saw, and the gore is far more detached.

Credit due to Saw, but for my money, Cube is much more original and thought-provoking. 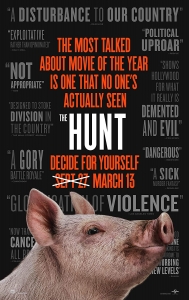 Up against The Most Dangerous Game (1932), The Hunt is truly a product of its time. As the tale that launched a thousand adaptations, the story of The Most Dangerous Game features a rich hunter who has ceased to think of human beings as anything other than fodder for sport. While that story takes place on a remote, isolated island, The Hunt takes place now, in an America divided by frenzied rhetoric and a small minority of super rich that have infinite resources. The always fantastic Betty Gilpin is a poor veteran chosen among a group of others to be hunted by a mysterious group for unknown reasons.

Much has been (and can be) said about the political leanings of this film, but it certainly tries to do something interesting and new with this age-old tale, confronting the shallow performative empathy often performed among the super-rich. 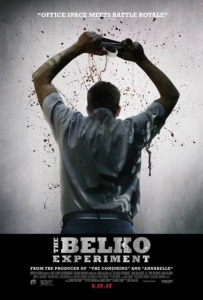 Matched against fan favorite Ready or Not, The Belko Experiment is not doing well. A film that has been described as Office Space meets Battle Royale, The Belko Experiment has an impressive cast of character actors and is a veritable rogues gallery of “What do I know that guy from?” The film uses that familiarity against us when our friends from those TV shows all turn against each other.

While Belko has a much darker tone than Ready or Not, it’s still definitely worth a watch for those who dream of stapling things to their coworker’s head.

For those who STILL can’t decide, Mayhem is the exceptionally charming love child of Belko and Ready or Not and is currently available for streaming! 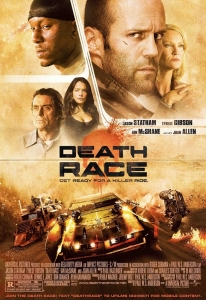 Fighting against Punishment Park, these two couldn’t be more different styles of movie. Punishment Park was ultimately my pick, but you should never discount a film with the likes of Ian McShane and Joan Allen as their key villains. Death Race is the Fast and the Furious all dressed up for Halloween. There are murmurings of a corrupt system and a grim dystopia, but what you’re really here for are the tricked-out cars and booby-trapped racing.

With an impressive cast and some exciting action, Death Race should definitely be your choice if you prefer things that go BOOM in the night.

Watch before voting: Stream on Tubi or Peacock.