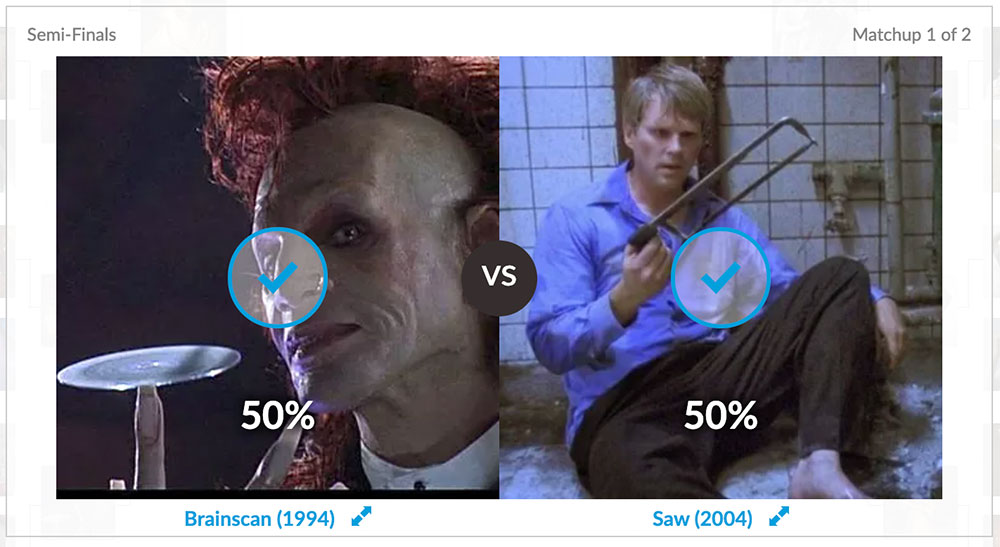 We’ve reached the semifinals of the Death Games head-to-head competition!

This October, in celebration of our five year anniversary, we’re thrilled to present Morbidly Beautiful’s first ever interactive film face-off — letting you vote for your favorite Death Game films over a series of five rounds, ultimately crowning the “King of Carnage”. Death Game films are films wherein players engage in a game that may result in their own demise. Players must use their brains, their skills, and every bit of their brawn to outwit not just other players—but the system that created the game.

Round 3 voting, where 8 killer horror films went head to head, just ended. We’re thrilled to announce that the next matchup of the final 4 films is open for voting. Voting for this bracket, known as the FRIGHTFUL 4, contains 4 movies and 2 match-ups. To help you vote, we’ve included a short synopsis, link to the trailer, and streaming instructions for each film.

Based on Round 3 voting, here’s who moved ahead to compete for a spot in the final battle:

Each round, the matchups get tougher and tougher. And this round, two titans of the sub genre face off against a cult classic from the 90s and the newest entry into the hallowed halls of Death Games films. Saw will be doing battle against Brainscan, while Ready or Not will be brawling with Battle Royale.

After the close of voting, Round 5, THE TERRIBLE 2, will immediately be posted. 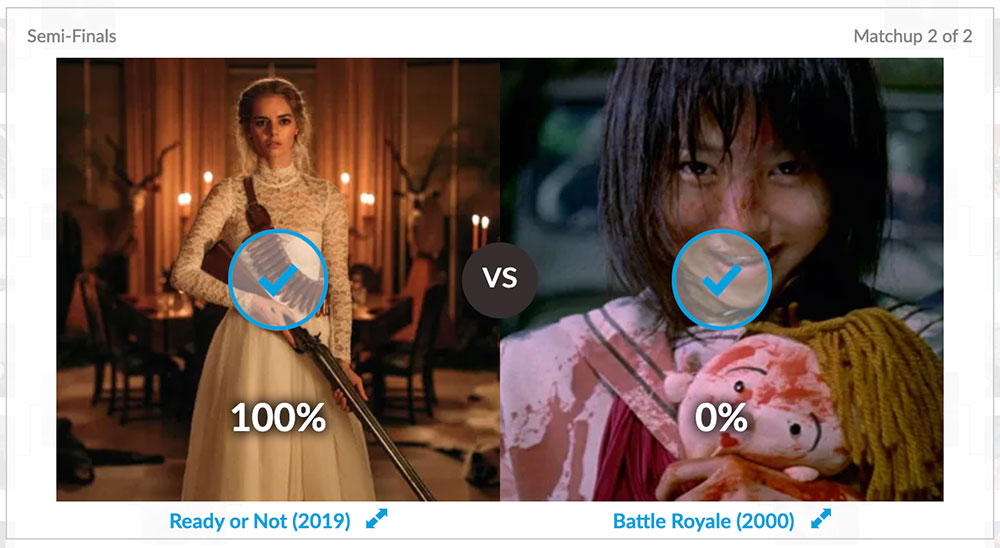 Voting for each rounds lasts for one week. Results are immediately available at https://tinyurl.com/mbdeathgames and will also be posted here on Morbidly Beautiful later that day. You are able to vote once a day. The ultimate KING OF CARNAGE will be revealed on Halloween day!

THE FRIGHTFUL 4: CAST YOUR VOTE NOW!