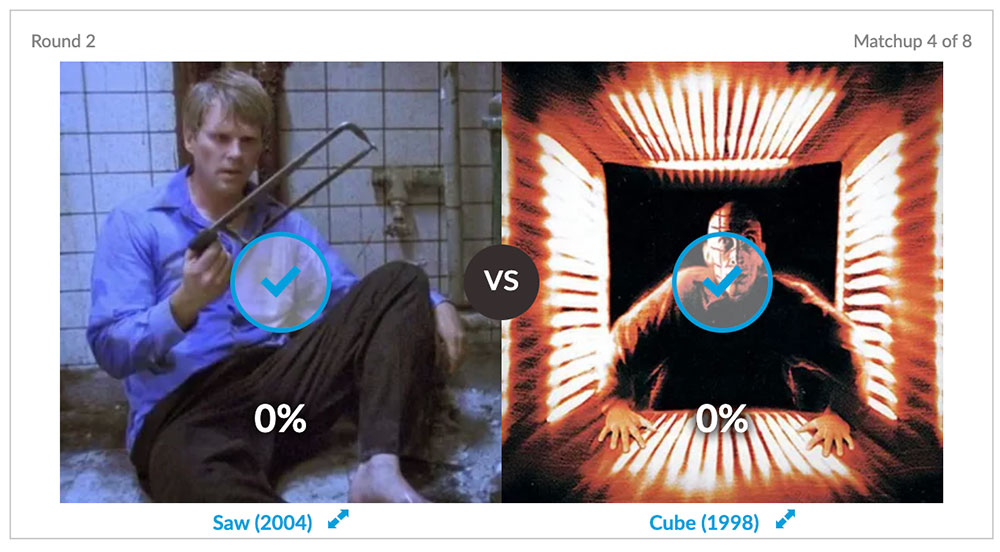 Round 1 voting, where 32 killer horror films went head to head, just ended. We’re thrilled to announce that the next match up of 16 films is open for voting. Voting for this bracket, known as the SHOCKING 16, contains 16 movies and 8 match-ups. To help you vote, we’ve included a short synopsis, link to the trailer, and streaming instructions for each film.

Based on Round 1 voting, here are the matchups for Round 2: 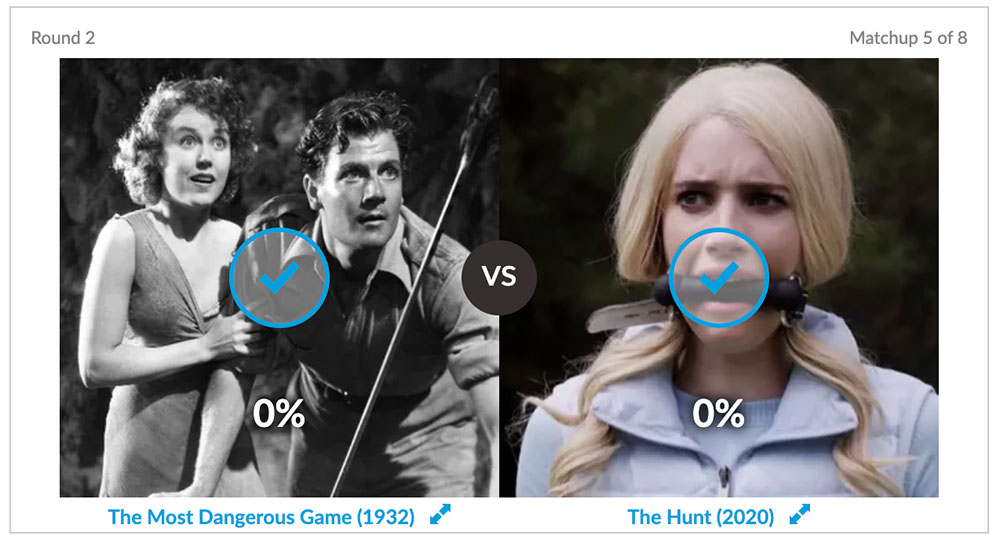 After the close of voting, Round 3, THE HATEFUL 8, will immediately be posted. 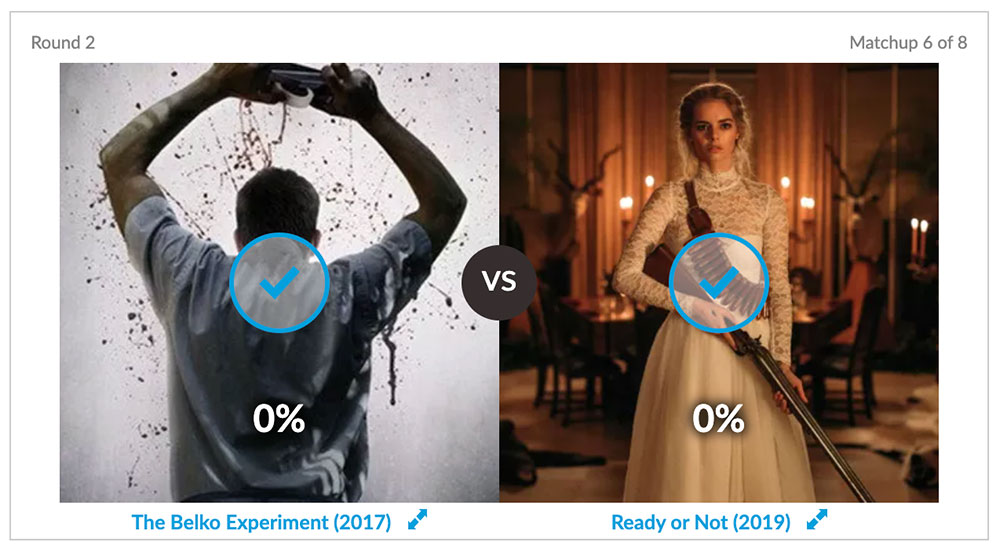 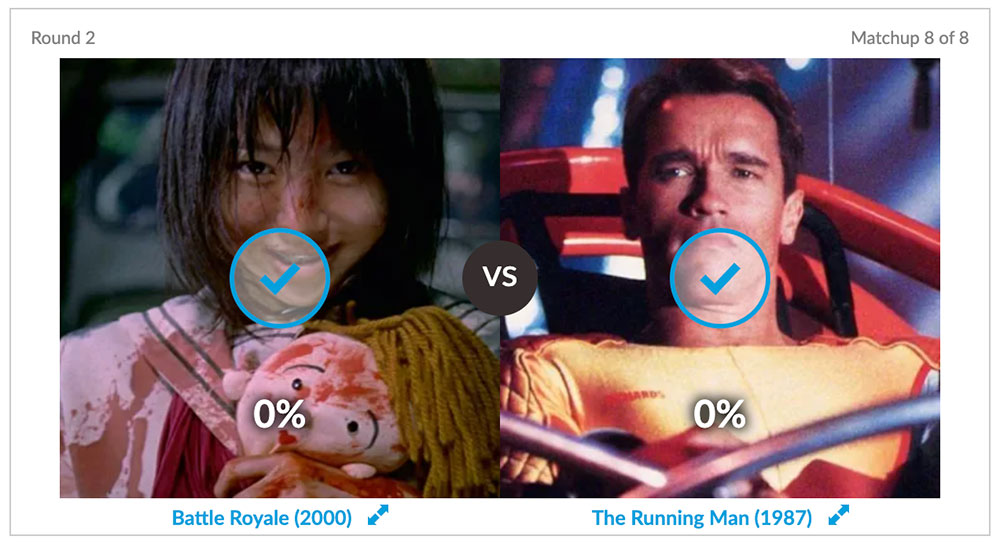