Upon release, “Crimson Peak” was met with mixed and middling reviews, with many failing to see the brilliance of del Toro’s gothic horror masterpiece. 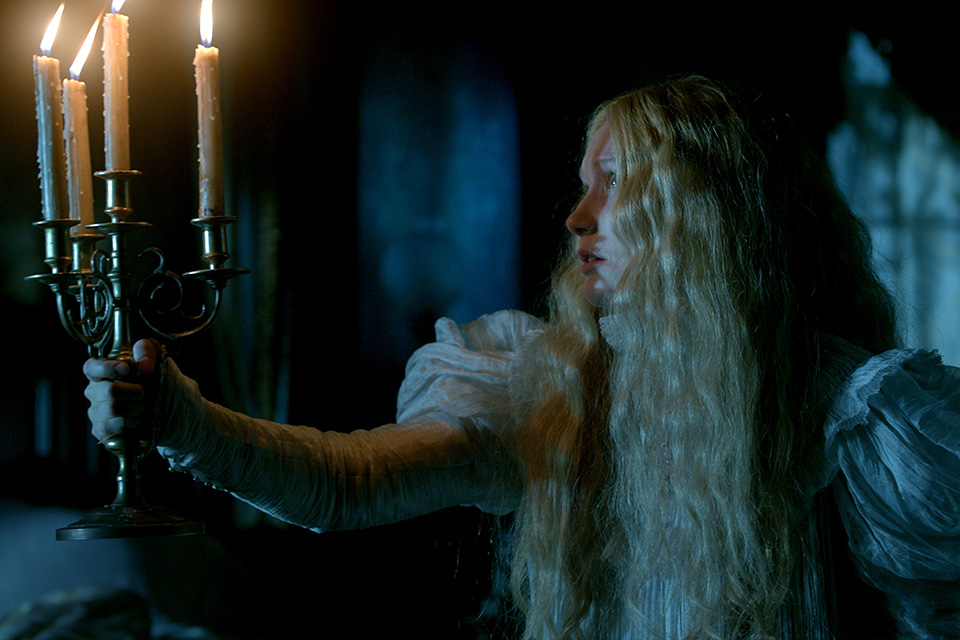 Crimson Peak, directed expertly by the always visionary and captivating Guillermo del Toro, is a gothic horror novel come to life in every way possible. Del Toro uses Crimson Peak as a means to bring gothic horror into the 21st century — and does so with an impressive adeptness that hearkens back to the stories written by the masters of gothic romantic. One could easily believe that this was adapted from some long lost Bronte novel or Mary Shelley work. It’s a feast for the senses and a haunted house story that would have even Shirley Jackson’s resounding approval.

The film follows young writer Edith Cushing, an intensely intelligent daughter of a wealthy businessman who has been haunted by ghosts for most of her life. Edith crosses paths with Sir Thomas Sharpe, a baronet, seeking investments from Edith’s father for his inventions. Edith is taken with Thomas, and the two share a strong mutual attraction. Edith’s father and her lifelong friend, Alan, are suspicious of Thomas and his brooding sister Lucille. 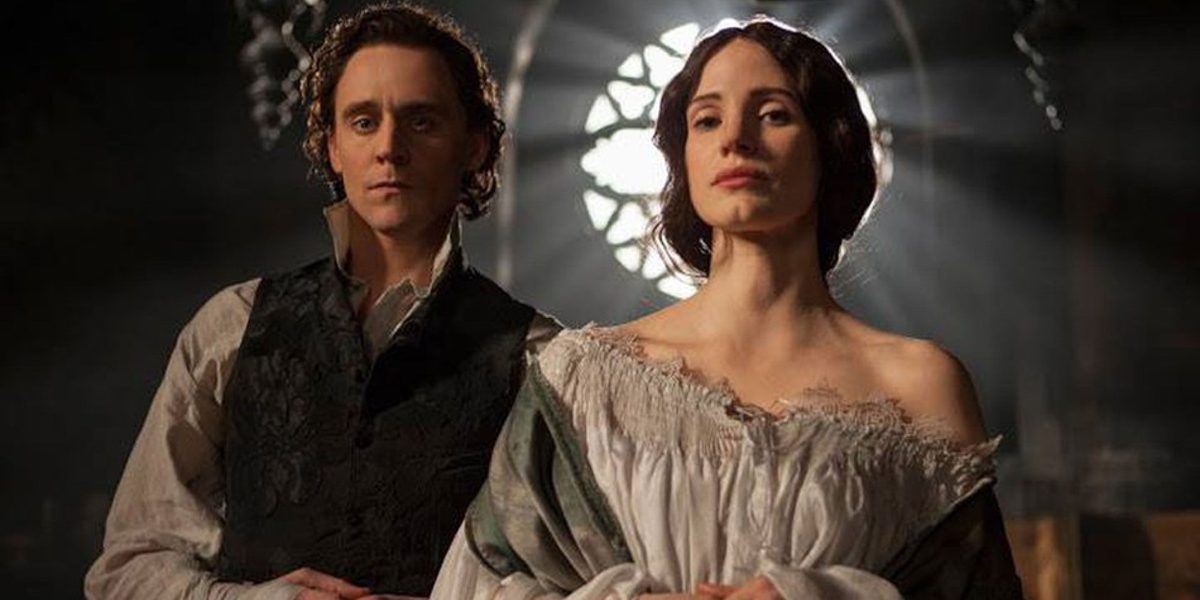 Edith’s father goes to great lengths to keep his daughter and Thomas apart. When he discovers distasteful secrets about the Sharpe siblings after hiring a private investigator, he bribes Thomas and Lucille to leave. When Edith’s father is brutally murdered by an unknown assailant, the way is paved for the two lovers to be together. Edith and Thomas marry, and the pair subsequently move to England and take up residence in the decaying Sharpe family home, Allerdale Hall, which sits atop a mine of red clay.

Not long after Edith comes to the dilapidated mansion she begins to be haunted by grotesque ghosts that seem to be warning her of impending doom and secrets that her new husband and his sister are keeping. What quickly unfolds is a mélange of gothic terror, passion, and blood. 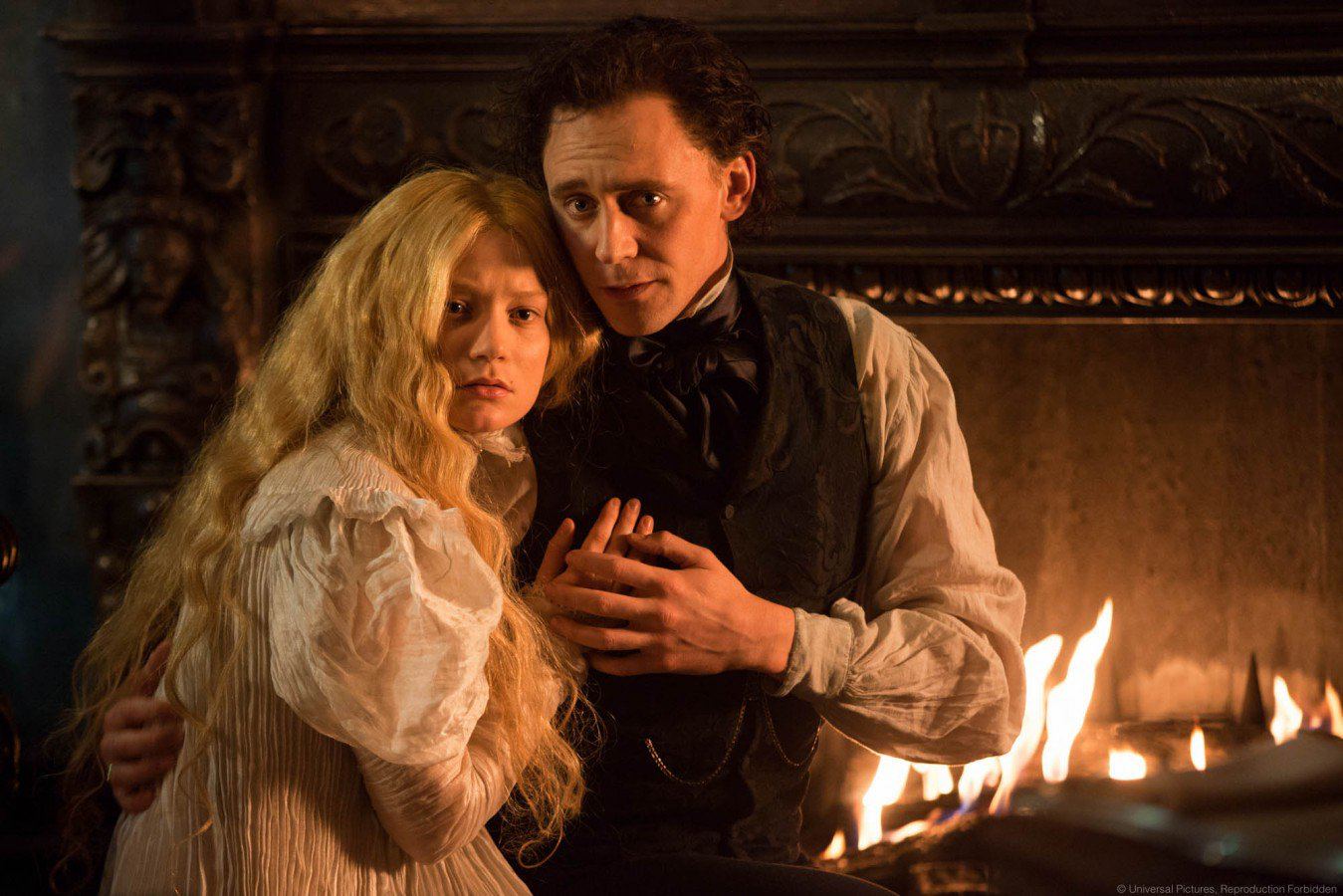 He built the film with extreme care, and it’s quite easy to tell that he has done so. Each character is beautifully delineated and richly created. In 2017, del Toro shared biographies that he had written for each character prior to filming, which shows the enormous amount of thought and detail that went into creating them. He has everything lined out for each one including their birthday, star sign, likes, dislikes, negative and positive attributes, and an in depth backstory.

(If you haven’t seen Crimson Peak yet, please approach these links with caution as they include spoilers upon spoilers.)

Each biography is layered, creating a fully formed picture of each character, what they are like, and what their lives were like before the action of the film. Del Toro gives a sumptuous glimpse into his creative process by gifting fans these biographies that stand as a testament to just how well-crafted the characters of Crimson Peak are.

The three main characters are deeply compelling and even sympathetic, though they may do dark and despicable things. 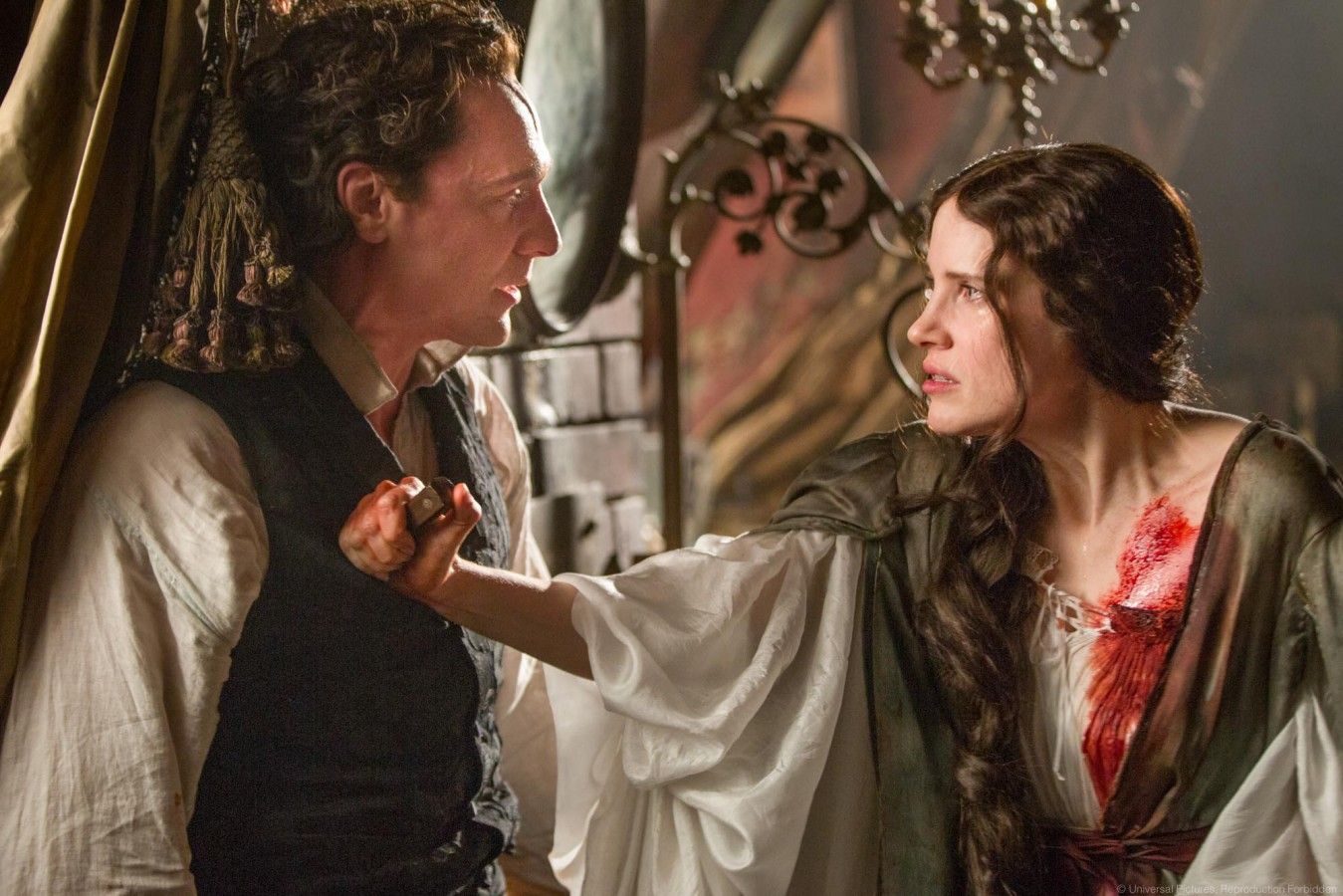 Del Toro’s ability to illicit empathy for the characters, particularly Lucille, is nothing short of exquisite. The characters aren’t straightforward good or evil. Del Toro thoroughly paints Thomas and Lucille in shades of gray. They’re both products of their sorrowful and abusive backstories.

Repulsion and sympathy goes hand in hand with the Sharpe siblings, and del Toro is not afraid to push the audience to that uncomfortable place where they feel for a character who would traditionally be painted simply as a two dimensional villain.

Mia Wasikowska’s and Tom Hiddleston’s acting is nothing short of sublime, but it’s Jessica Chastain who proves herself to be the most valuable player in the movie as she vacillates between being chilly, unhinged, and vulnerable.

Chastain gives a truly award-worthy performance that should have garnered much more praise and attention than it did upon Crimson Peak’s release. 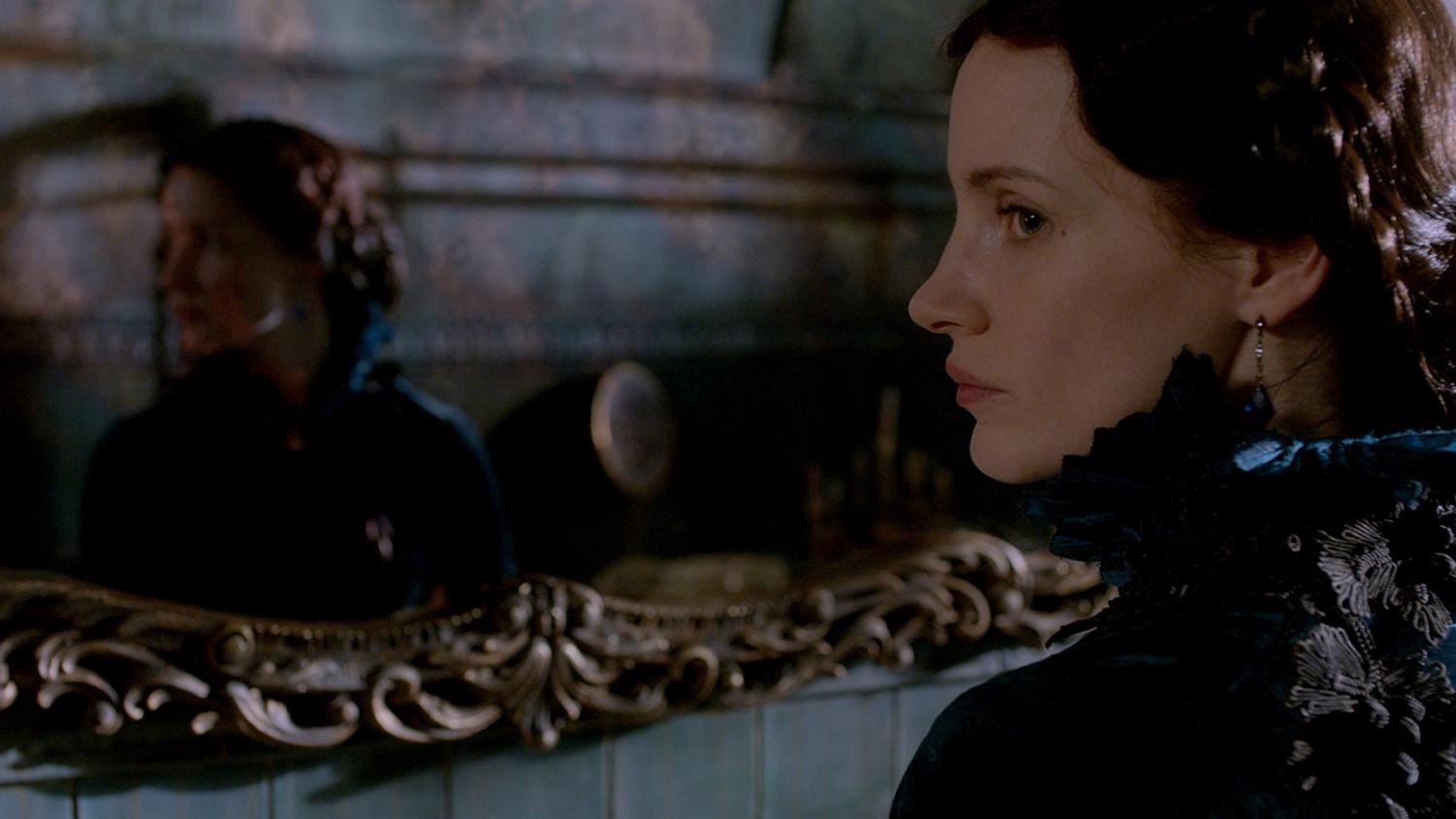 If the Academy didn’t have such a long term love affair with the spurning of genre films, surely Chastain would have been a contender, if not a winner, for a Best Supporting Actress Oscar. Chastain went to great lengths to embody the tortured villainess that is Lucille. In the book Crimson Peak: The Art of Darkness, which chronicles the production of the film, it is revealed that Chastain had the make-up artists apply the prosthetic scars that Lucille has dotting her body even when the character was fully clothed.

Chastain was so engrossed in the role that it began to affect her mentally. She was taking on Lucille’s heartbreak and despair to a point that one make-up artist refused to continue applying the scars because of how miserable Chastain was due to Lucille’s own misery. In an industry that praises men for taking on dark and immersive roles, Chastain’s Lucille flew under the radar. Lucille is a complex character and not just any actress could have played her.

When paired with Wasikowska’s inexperienced yet brilliant Edith and Hiddleston’s haunted romantic Thomas, the film boasts some of the best and most comprehensive performances I have seen in this past decade. All three actors know their characters from the inside out and it shows on screen in how deep and succinct the portrayals are. Del Toro assembled the right cast for his painstakingly created characters.

A feast for the senses doesn’t even begin to describe the spectacle that is Crimson Peak. 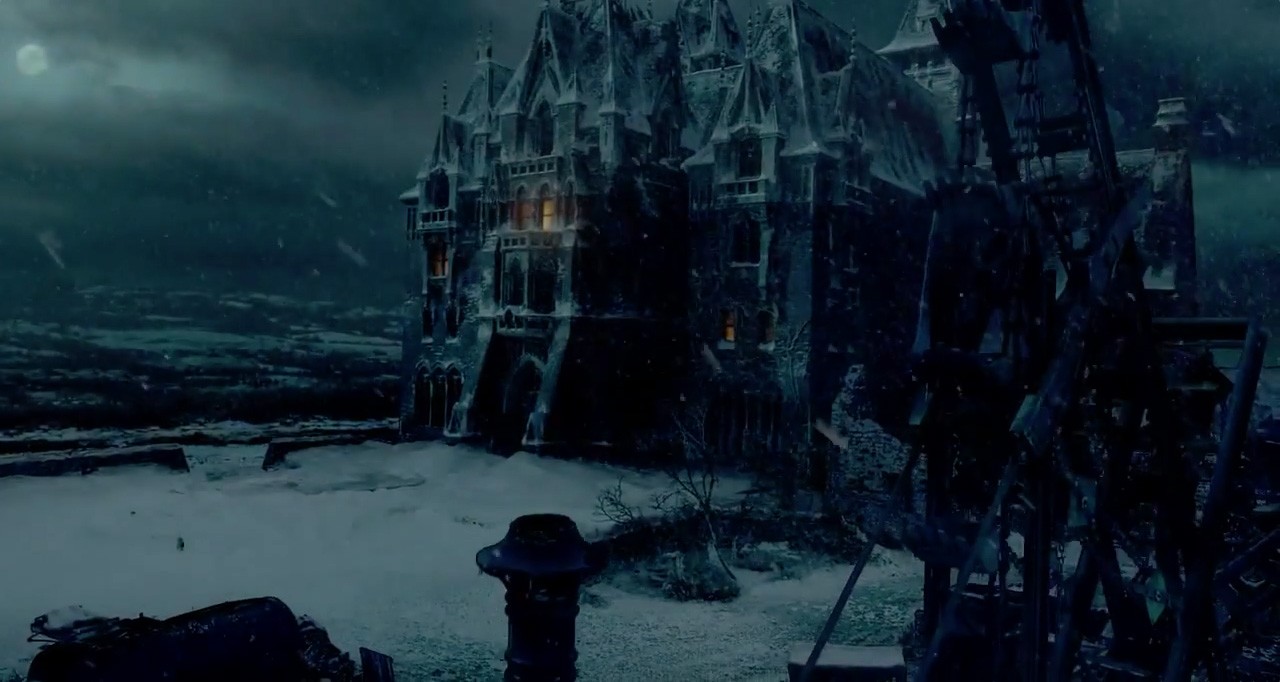 Del Toro’s keen eye for setting is on full display when it comes to the overall look and aesthetic that the film has. The design is breathtaking in multiple aspects. Allerdale Hall is the perfect dilapidated horror movie mansion, the most exquisite stage to set a horror movie. It could easily be an old set from a sweeping and epic Hammer Horror film. The ornate and deliberate costuming only bolsters the set design and the way the characters are depicted.

There is a lot of meaning and symbolism that is hidden in the designs of the house and of the costumes. The costumes reflect the characters in such an interesting and dramatic way. Edith is dressed in light colored fabrics and airy nightgowns, a splash of color in this bleak tale. Thomas and Lucille are clothed in darkness and clothes made of rich fabrics that echo the color palette and motifs found in Allerdale Hall.

Del Toro wanted the siblings to look like they belonged to the house and them to it, signifying that one cannot be extricated from the other. 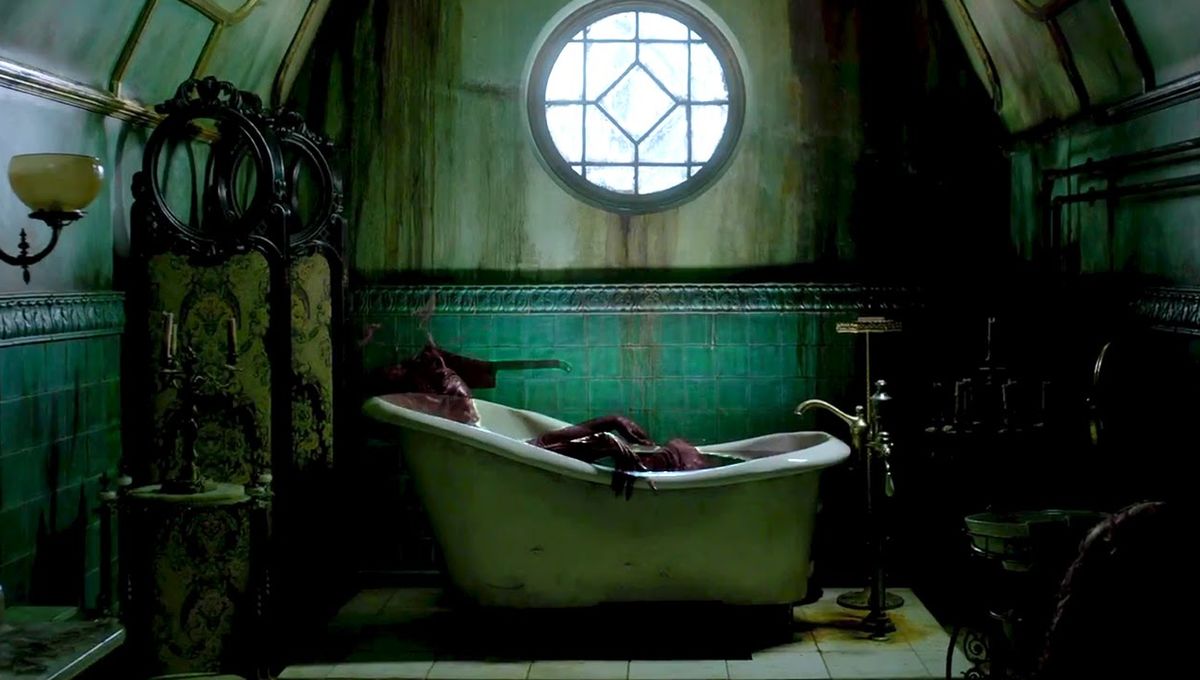 Del Toro brought in two of the most well-known creature actors in the genre, Doug Jones and Javier Botet, to bring life to the long dead that call Allerdale Hall home. The ghosts are distorted versions of themselves appearing red in color to hint that they were brutally murdered and that their bodies lie rotting in the vats of red clay. The detail put into the make-up for each particular ghost is skin crawling to say the least, both an amalgamation of beauty and terror.

They’re difficult to look at, but they’re also hard to look away from because of the sheer artistry that has been put into the craft of their respective designs. 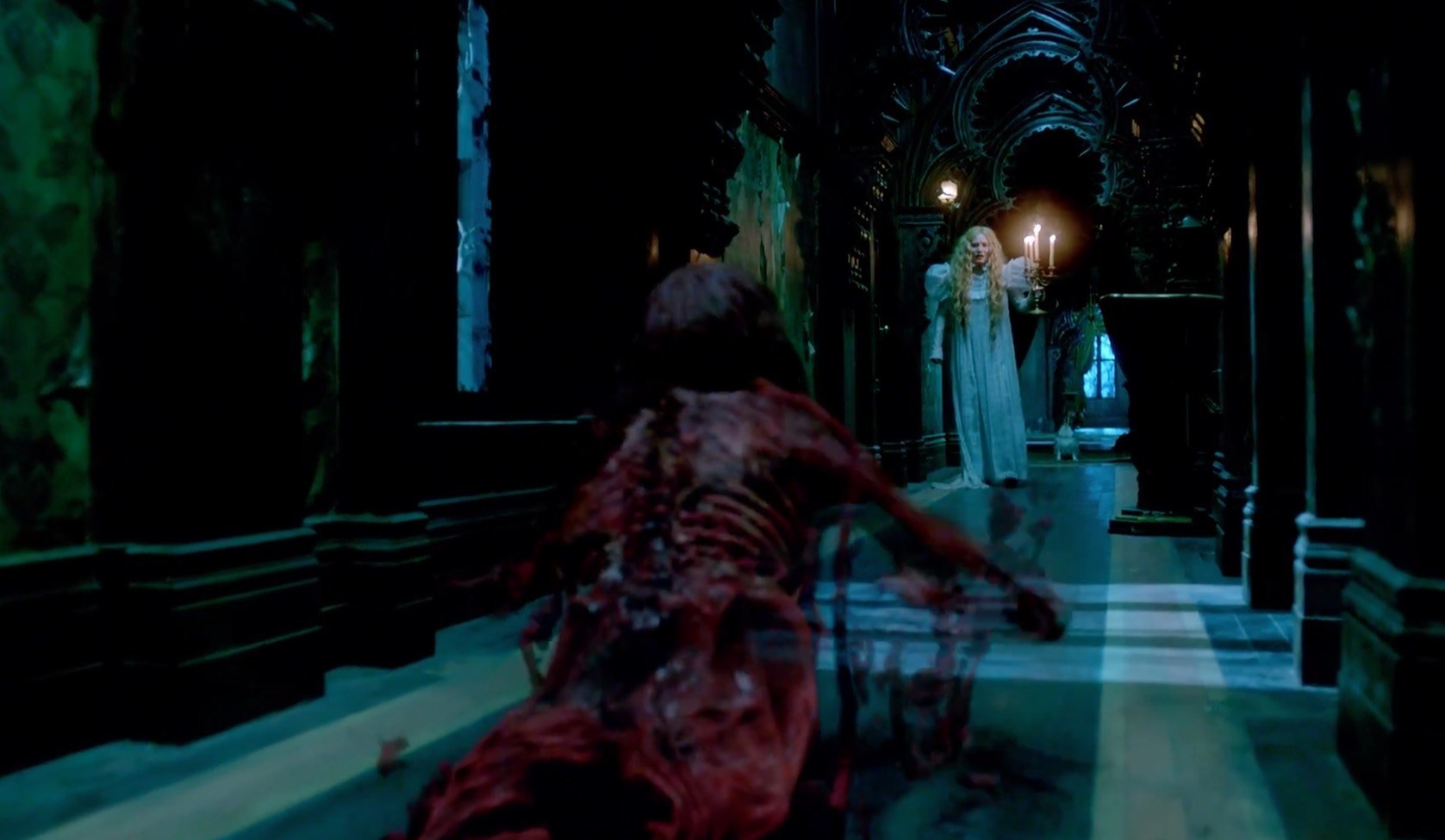 CRIMSON PEAK above all is a film that was made with love and devotion to the genre. It’s a ghost story as well as a love story, mixing multiple gothic elements to create one of the best love letters to literary romanticism and gothic horror that there is to date. All of the components of the film complement one another in a way that brings the production together into one stunning and morbid portrait.

It’s time to take another look at this film as one of del Toro’s best works and as a shining example that while we are in modern times that gothic horror and romanticism are still very much kept alive by loving creatives like him.

If you’ve not given Crimson Peak a fair chance, now is the time that you should. If you haven’t watched it in a while, it’s time that you give it a rewatch and regard it with the respect and the admiration that it so rightfully deserves.