Open “BOOK OF MONSTERS” and prepare to fall in love with this brilliant indie horror film, now available on a feature-packed Blu-ray from Dread Presents. 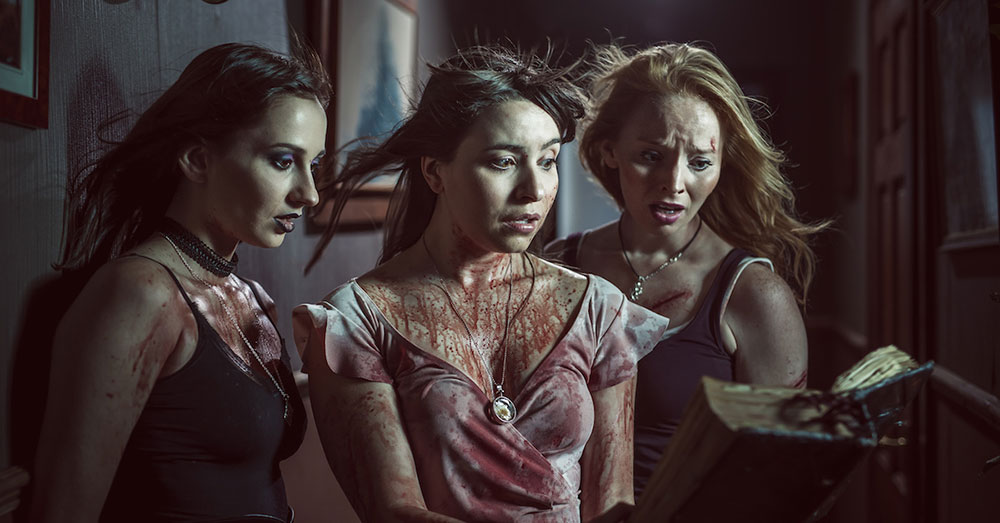 If you take a bit of the Buffy the Vampire Slayer origin story and mix in elements of EVIL DEAD, DEAD ALIVE, GREMLINS, and the 1999 movie THE MUMMY, you would get BOOK OF MONSTERS. But nods and homages to classic horror films does not mean a good horror movie will come out of it. 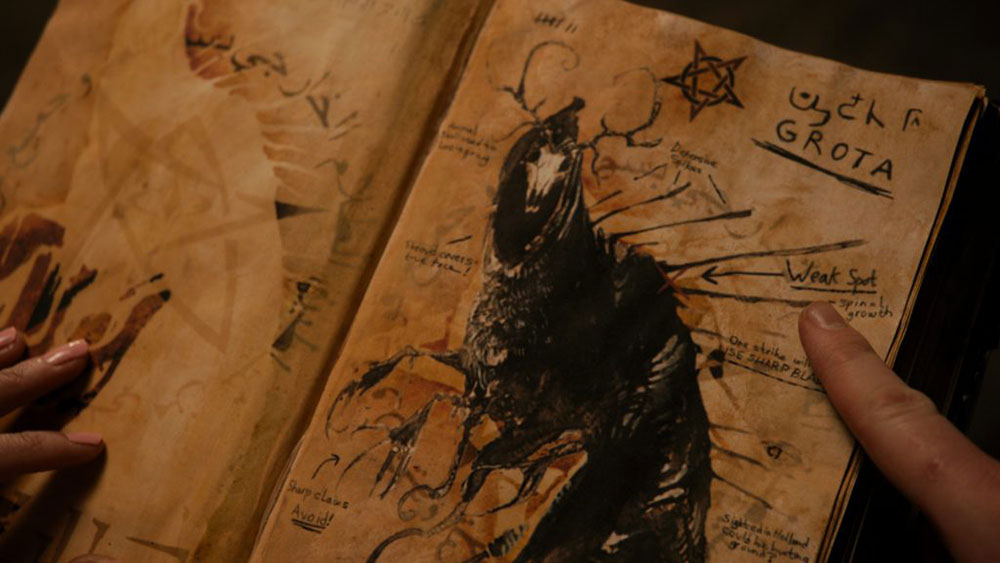 A mother is reading bedtime stories to her young daughter. The book she is reading from is old and doesn’t contain stories, but descriptions of monsters and how to battle them. During a reading from the book, one of the monsters appears and takes the mother away, leaving the little girl alone with the book.

Years later, the little girl is turning 18, and Sophie (Lyndsey Craine) is given her mother’s monster book by her father (a cameo role for Nicholas Vince). Sophie is withdrawn and not popular at school, but she has close friends in Mona (Michaela Longden) and Beth (Lizzie Stanton) who plan a birthday bash for Sophie.

The party starts slow but soon enough it’s filled with Sophie’s school mates who quickly begin to drink, puke, make-out, and socialize. Unbeknownst to Sophie, the monster who killed her mother so many years ago has returned to fulfill a prophecy. Sophie is a descendant of monster hunters, and if Sophie is killed on the night of her 18th birthday, all the monsters described within the book will be unleashed upon the world. Sophie is the only person with the powers to stop the prophecy from being fulfilled.

BOOK OF MONSTERS is a movie of pure joy. 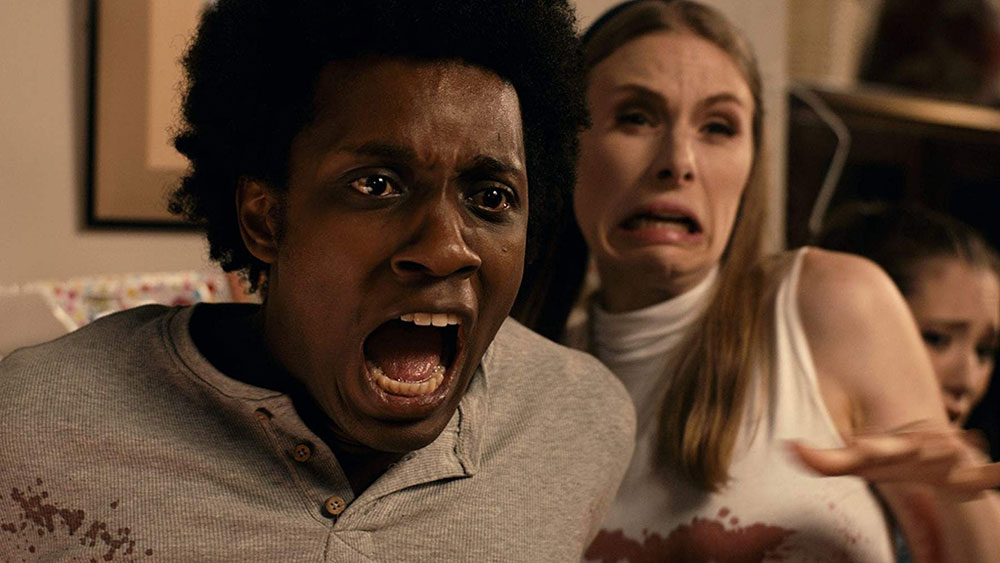 Writer Paul Butler and director Stewart Sparke have created a near-perfect horror movie that borrows from the past while forging its own path.

The cast lead by Lyndsey Craine, Michaela Longden, and Lizzie Stanton is spectacular. They all dive into their roles with relish; the characters you’re supposed to root for are easy to root for, and the ones you might be happy to see eviscerated are easy to dislike.

The monster designs and effects are exceptional. The pages in the monster book are similar in design to the Necronomicon in EVIL DEAD (2013), showing monsters and demons with notes scribbled around the images and dead demon languages. The book in BOOK OF MONSTERS is huge. It must contain thousands of variations of monsters, which opens the possibility of BOOK OF MONSTERS becoming a franchise.

There is enough blood, gore, and inventive kills to sate the most eager of gore hounds. 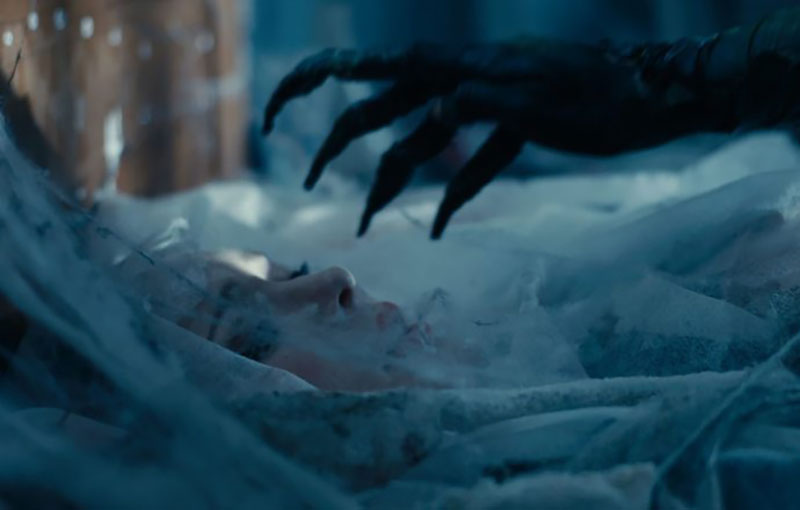 Comedy is sprinkled liberally throughout, and even the most ridiculous scenes, like the garden gnome attack, plays well on the screen because the actors in the scene play it straight.

Director Sparke uses his large cast and limited locations wisely. After the monsters begin to appear and kill off the party goers, the cast is split into groups and sent to different areas of the house or just outside on the property. While the location is essentially just the house and surrounding grounds, by splitting up the cast and giving each group their own adventure, it gives the impression of a movie with a grander scale. This also keeps the story moving at a brisk pace.

BOOK OF MONSTERS is relentless and rarely downshifts to give the audience a break between shrieks of fright and laughter.

I absolutely adore BOOK OF MONSTERS, and I imagine every fan of Sam Raimi or Peter Jackson will find something to love in this movie. BOOK OF MONSTERS is assured a spot in my regular horror movie watching rotation. Don’t sleep on this movie as I’m sure it will be a favorite of yours too. 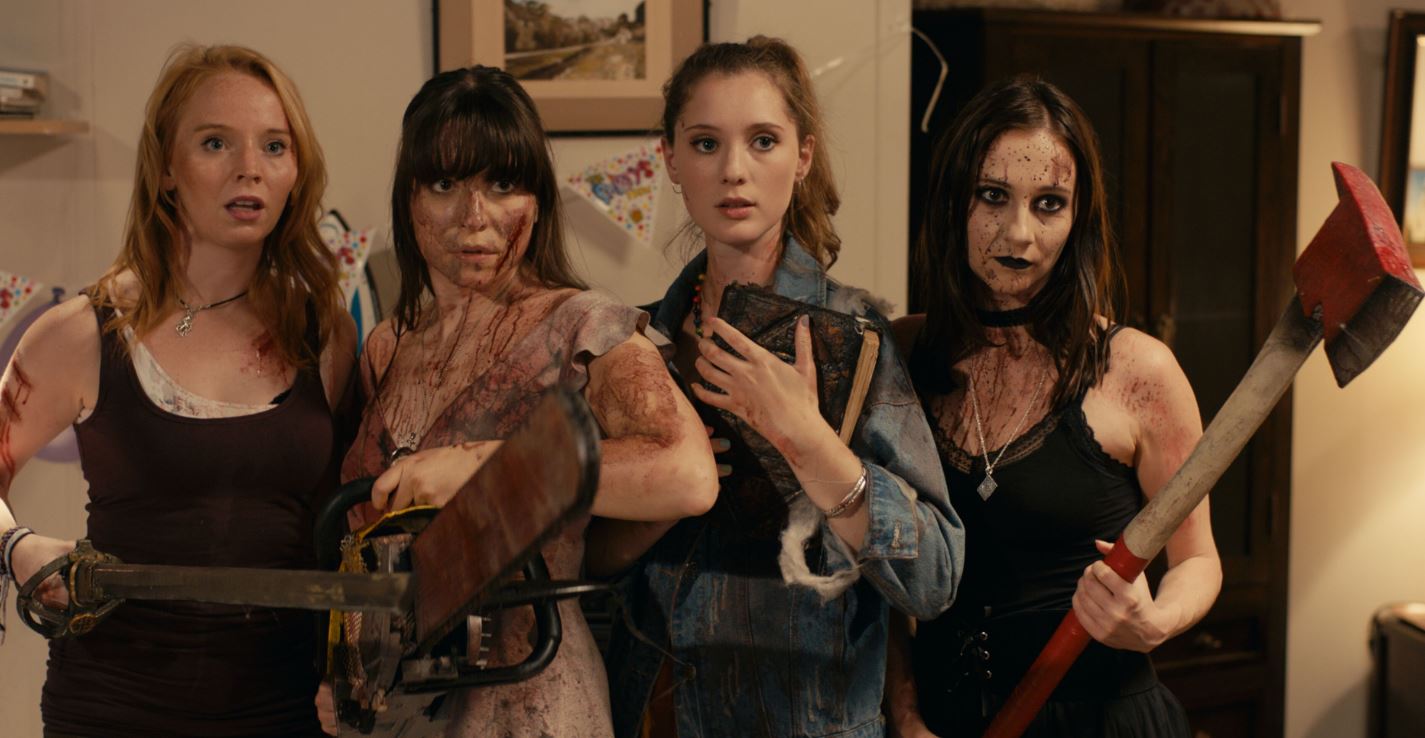 Dread Presents packs this Blu-ray disc with a load of features. Some are the usual bonus feature fare like deleted and extended scenes, trailers, and commentaries.

The disc also includes the Kickstarter concept film used to sell the film for their Kickstarter campaign. One of the unique ways to get backers to invest in BOOK OF MONSTERS was to give backers the opportunity to vote on the monsters used in the film and how victims would die at the hand of these monsters. This feature is a sneak peek at the early concept of BOOK OF MONSTERS and how the creators used Kickstarter creatively to raise funds.

There’s also a Frightfest TV interview with Stewart Sparke and Paul Butler for the premier of the film at Frightfest film festival. The interview (approximately six minutes long) is a companion piece to the director/writer commentary track of BOOK OF MONSTERS.

The director/writer commentary touches on all aspects of making BOOK OF MONSTERS and how they used Kickstarter to raise the money to make the movie.