Widely panned upon its release, 2009’s “Friday the 13th” deserves another look for the way it reimagines a more menacing Jason for a new generation. 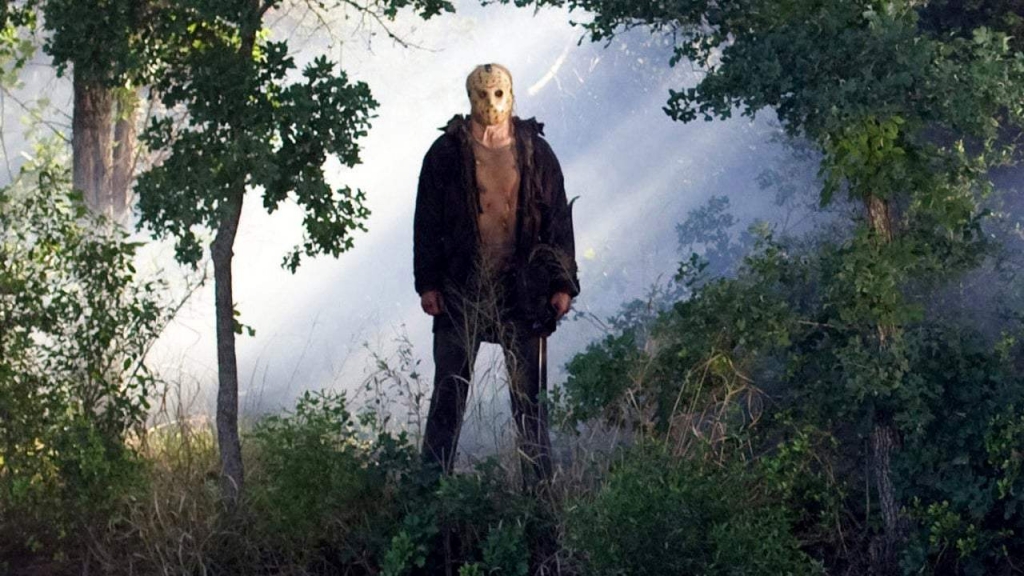 Remake. The very word brings feelings of horror even the great Stephen King couldn’t conjure up. The very thought of Hollywood defiling our treasured classics for their own greedy monetary gain is enough to make even the most grizzled horrorhound beg for mercy. However, wading through the pile of filth the 2000s heaped upon us, there is the occasional gem to be found. I’d argue one of those unexpected treasures is 2009’s Friday the 13th.

I may have lost some of you here, but hear me out.

The previous films in the franchise turned Jason into a worm, made him fight a Carrie clone, dropped him in Manhattan, and even shot him into space. Old maggot head needed a serious update, and I feel the Marcus Nispel helmed remake did just that. (Nispel also helmed the 2003 remake of another classic in the hallowed halls of horror, Texas Chainsaw Massacre).

Friday the 13th 2009 isn’t so much a remake, as a reboot. It replaces the mystery aspect and the shocking villain reveal of the original and puts the real hero of the franchise, Jason Voorhees, front and center. Like the bolt of lighting in Jason Lives (part 6) that reanimates a dead Jason, the 2009 film should have been enough to breathe new life into the slumbering series (having been the first Friday film since 2003’s Freddy vs Jason).

Instead, changing property ownership and legal battles have yielded a Friday famine that’s lasted more than a decade — with no immediate relief in sight.

For many fans, that absence has made the heart grow fonder, and the once reviled reboot now has a fairly respectable fan base. 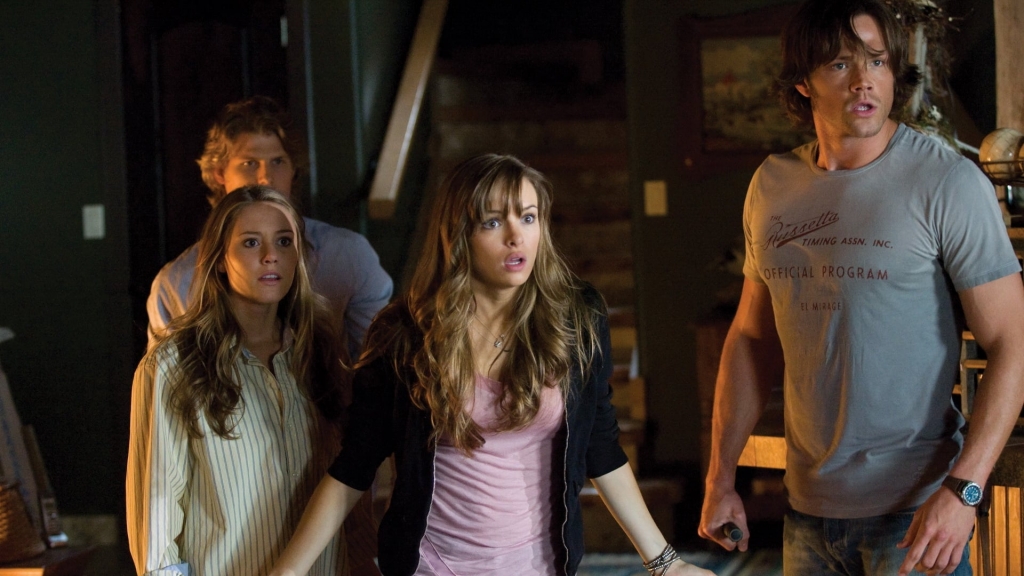 Though many purists still love to hate on it, others have come to appreciate just how truly effective and entertaining 2009’s Friday really is. Some critics have even gone so far to defend why the latest film in the franchise may actually be the greatest. Even if you’re not prepared to go that far, I encourage you to revisit this film with fresh eyes. You, too, may discover it’s much better than you remember.

One reason for that is because of imposing and truly frightening Jason is in this version. I mentioned the resurrection of Jason in part 6 that gave us zombie Jason, a far more powerful and supernatural killing machine. This version of Jason that stayed with us for the rest of the franchise prior to the 2009 reboot was certainly cool. But personally, I always found human Jason much scarier.

Nispel’s remake makes Jason human again — and adds a lot more to the character that makes him, in my opinion, the scariest Jason we’ve seen so far. Having a huge guy with mommy issues in a grungy hockey mask chasing you through the woods is scary enough. But having that same man use the woods to his advantage adds a whole other level of terror.

Like a bloodthirsty Rambo, Jason, portrayed in 2009’s Friday the 13th by Derek Mears, uses the wilderness to outsmart and capture his prey.

The Jason mythos explains that he lived in the woods of Crystal Lake for decades after he witnessed his mother decapitated, so it would make total sense that we would have an almost animal-like instinct for survival and territoriality that we see here.

The kills in this film are creative — and brutal.

Mears’ Jason delights in his killing and takes his time to savor the suffering. Two highlights of this Friday feature Jason cooking a woman alive in a sleeping back and planting an axe in someone’s back in an attempt to use him as live bait. This Jason is also fast. Gone are the days of the lumbering, slow-walking stalker. 2009’s Jason is vicious, wickedly lethal, and terrifyingly threatening.

His victims, as in all slasher films, may be fodder. But they’re surprisingly engaging — whether relatable and sympathetic, or so delightfully hateable that you love watching them.

Nispel’s Friday the 13th packs a lot of mythology into its tight run time. 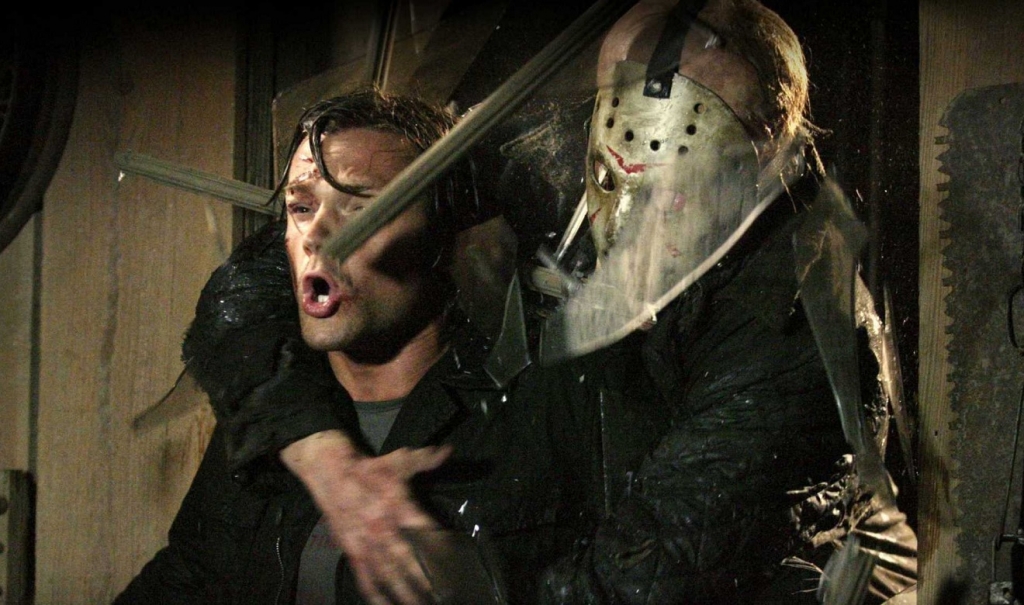 It somehow manages to remix the first four films of the franchise into one fast-paced film that plays like Voorhees’ greatest hits — while adding its own unique spin.

Sure, this Friday has its issues. But no one could say the earlier movies in the series didn’t have their fair share of issues. Even the man behind the original Friday the 13th, Sean S. Cunningham, readily admits his film was an intentional rip-off of Halloween intended as a quick cash grab. He never could have predicted it would become a massive juggernaut that would keep fans clamoring for more, even 40 years later.

Perhaps the reason these films have had such an enduring legacy is because we don’t watch them to see in-depth character development and compelling stories. We tune in to see a group of incompetent teens be slaughtered one by one in creative and gruesome ways. And that’s exactly what Mears’ Jason gives us in a way that rivals, if not exceeds, the performance of Friday veteran Kane Hodder (Friday The 13th Part VII and VIII, Jason Goes To Hell, Jason X).

While the movie itself may not have been flawless, Friday the 13th 2009 delivers a gold standard Voorhees by which to measure all future iterations of the machete-wielding maniac. Mears is the tenth actor to have portrayed the iconic killer, but his Voorhees will be hard to beat if and when we ever see the big guy on the big screen again.