First Look: Felissa Rose in “The Devil You Know”

Horror favorite Felissa Rose joins other familiar genre faces in the new L.A. Guns music video “The Devil You Know” off their new album of the same name. 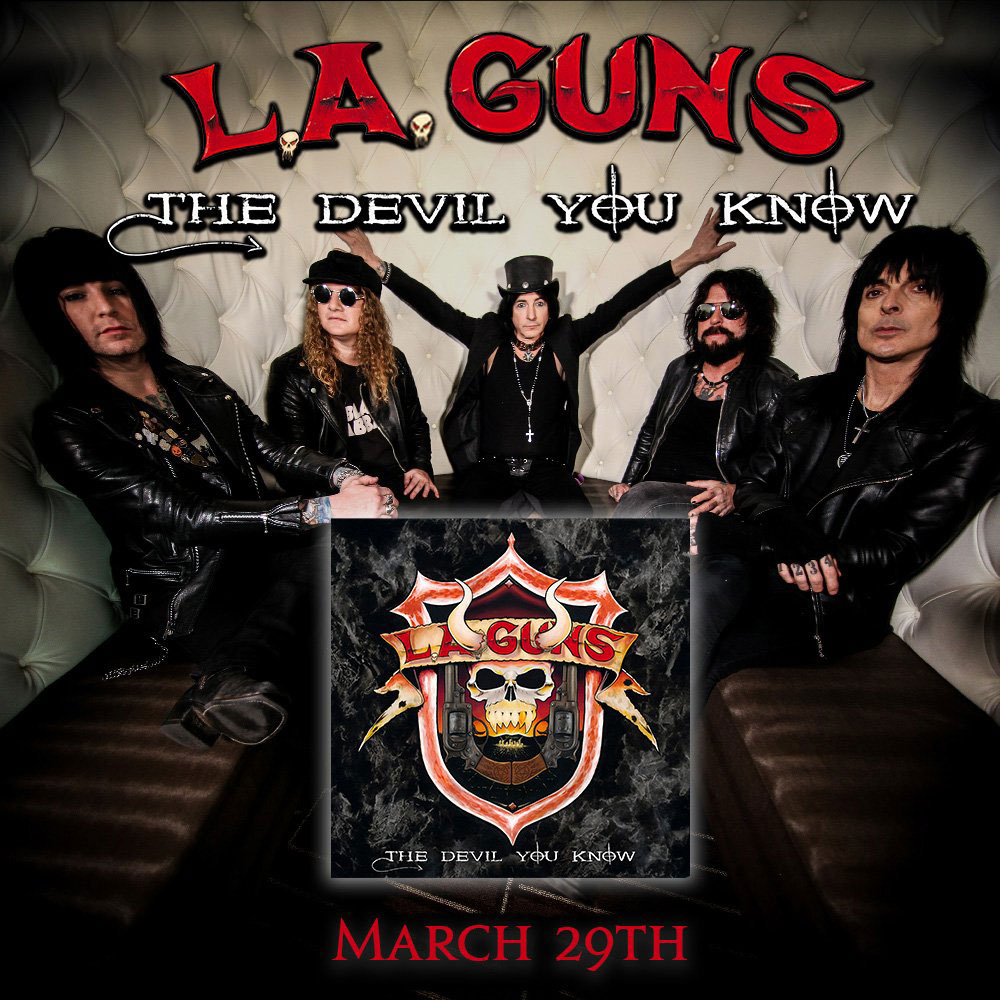 Legendary rock band of the Sunset Strip glam metal heyday, L.A. Guns is back with their 12th studio album. The Devil You Know releases today, and we have a first look at the video for the new single of the same name featuring some familiar genre faces.

The video follows three girls (Katz, Cinaglia, and Moore) as they kidnap another girl (Pellerin) to sacrifice in order to bring their mother back from the dead. Produced by Felissa Rose and filmmaker Jason Mayer with Mayer also directing, the video presents a dark and gritty look as the sacrifice is taking place while L.A. Guns rocks out between the action. Seeing Felissa Rose rise up as the resurrected mother is both a scary and sexy sight as she looks powerfully evil with her hair slicked back and eyes surrounded with dark makeup.

Yulia Romanenko does great special FX work here, and The Devil You Know is a great rock video that doubles as a solid short horror film.

In The Devil You Know video, L.A. Guns consists of original founding member Tracii Guns on lead guitars, Phil Lewis on vocals, Johnny Martin on bass, Ace Von Johnson on guitar, and Shane Fitzgibbon on drums. Check out the video below!