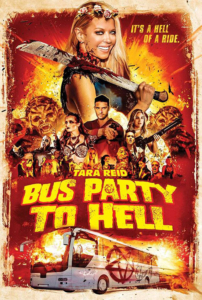 Bus Party to Hell  (also known as Party Bus to Hell) is about a group of young adults on a party bus on their way to Burning Man. When the bus breaks down, a slaughter from a satanic cult leaves only 7 survivors. The remaining group must figure out how to survive, as they worry that someone among them is not who they seem.

Let me start by saying this: I want more of Tara Reid as this character!

She’s an absolute blast to watch here as the drifter/hippie who opens the film. Reid knows exactly how to work a campy, blood spattered film like this, and she gives an engaging and fun performance. Her character and presence had me hooked right away. This was brilliant casting! 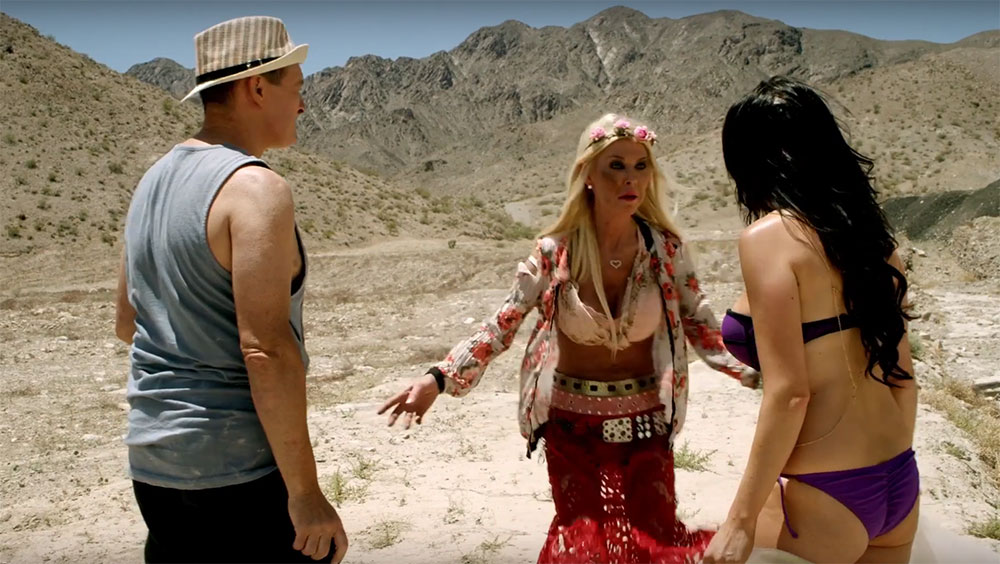 Bus Party to Hell is a crazy movie. I give the filmmakers a lot of credit because they went all out to make this as chaotic and erratic as possible. The film is bursting with color, dripping with blood and uses the desert location to portray bright, searing heat during the day and secluded darkness at night.

It’s a great location to give these doomed partiers a real sense of isolation, almost as if they’re in a different world. This is where the location truly adds to the freakish, otherworldly appearance and ways of the satanic cult that attacks the bus.

Once again, the filmmakers go all out with the satanic group. Each is covered with menacing makeup and are a cross between the worlds of Mad Max and The Hills Have Eyes. All of this is capped off with a terrific creature design that pops up towards the end. 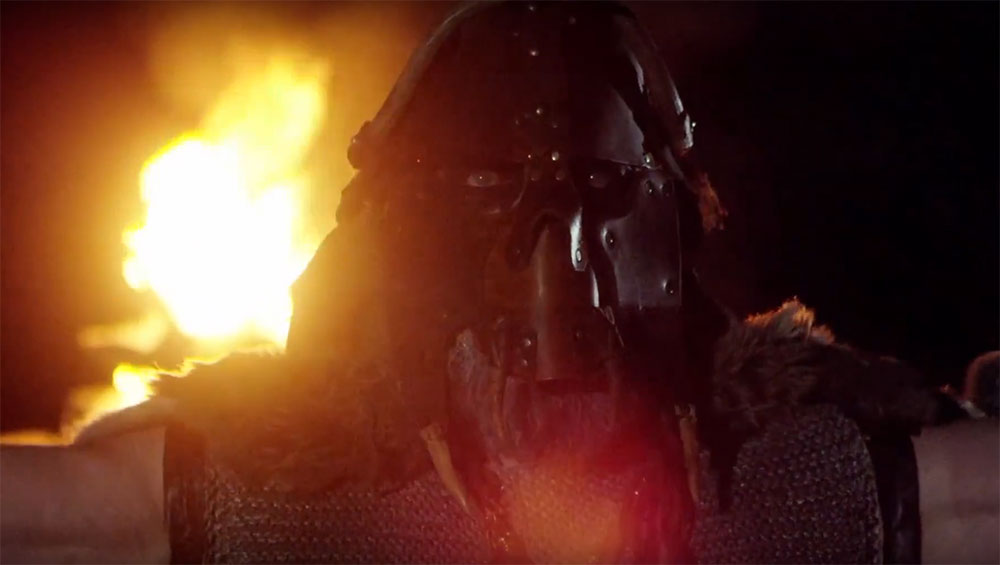 My one complaint of the movie is that, at an 81 minute run time, there is a TON of time spent on gratuitous group sex…and I mean a ton.

I understand that this is a sick and sadistic satanic cult that has rituals to abide by, but wow is there a lot of sex in this movie! I’m no prude, but it did seem to go over the top with this. Here’s hoping that any possible sequel will spend more time delving into just who this cult is and how they can be overcome. 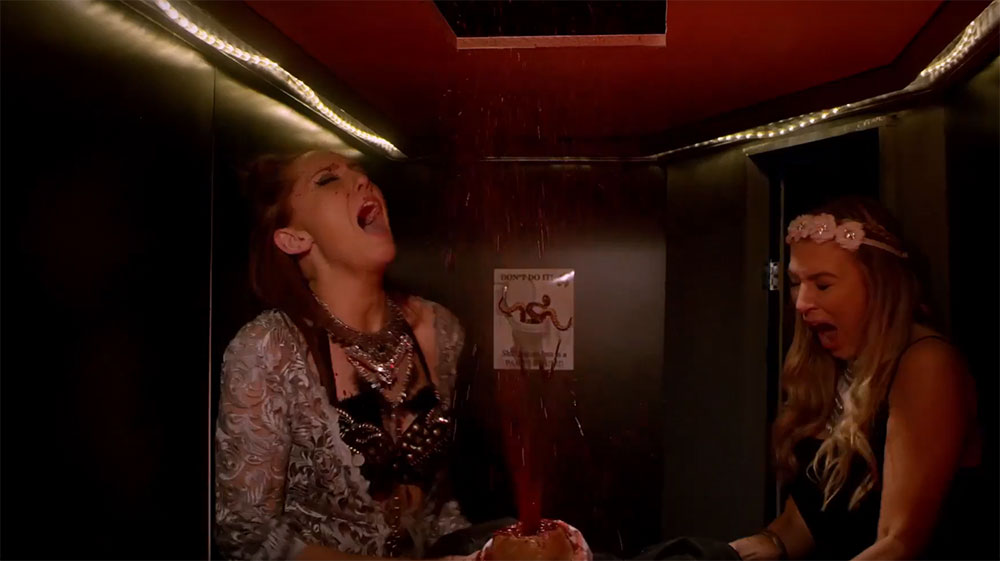 With such a great ensemble cast, it would have been fun to see them band and work together a little more — and see the members of the cult engaging in group sex a little less. The cast as a whole does a wonderful job and worked very well together. Amidst all the absolute craziness, they manage to keep the mood surprisingly light with funny, tongue in cheek performances.

Sadie Katz is appropriately hard to read in her role. With her secretive, whispery voice and hotly expressive eyes, she’s the perfect mix of tense and unpredictable. Shelby McCullough as Ivy is the standout of the cast with a confident and charming performance, and both ViDonna Michaels and Richard Hochman also turn in solid work.