The incredibly fun, nostalgia-fueled, hard-not-to-love “Rose Blood” is everything a “Friday the 13th” fan film should be…and then some. 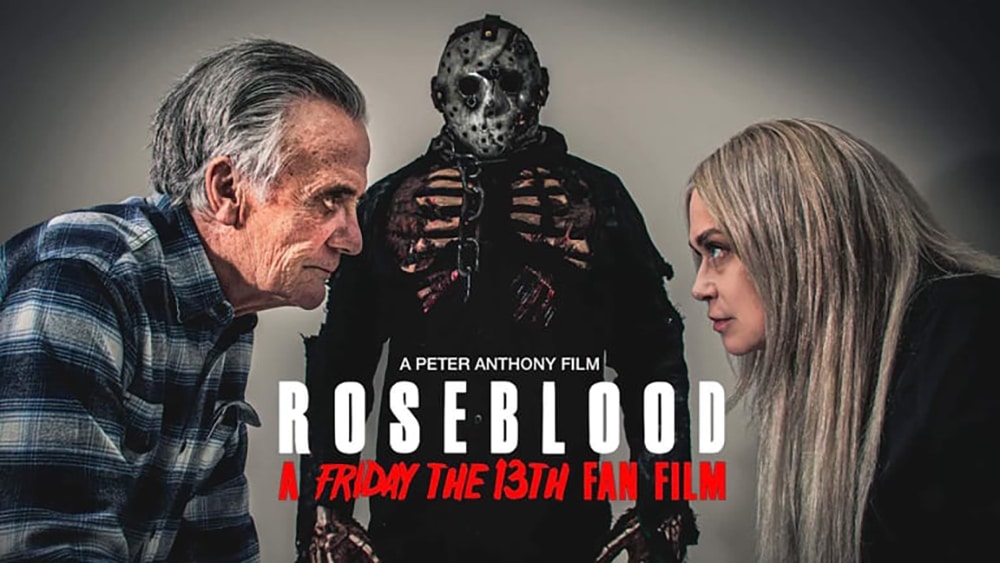 One of my kids once asked me the difference between Led Zeppelin and Aerosmith. After a bit of thought, I told them that one of those bands takes itself very seriously. It’s not a matter of better or worse, it’s a matter of attitude and perspective. One honestly believes it is the greatest thing to ever happen to rock music, the other is a garage band that made it big and feels lucky to have done so. (Guess which one Daddy prefers?)

Someone who was a dedicated fan of the Friday the 13th franchise took it upon himself to create a sequel to fan-favorite Friday the 13th Part VII: The New Blood. That someone, actor-director Peter Anthony, did not commit the cardinal sin of taking himself or his project way too seriously, and all-the-better for it.

The result is Rose Blood: A Friday the 13th Fan Film.

It tells you right up front what it is and even includes “Blood” in the title in order to solidify itself as a direct sequel to Part VII.

From start to finish, Rose Blood is never ashamed of itself for being a fan film, and in fact, it clearly feels lucky to be as cool as it is. 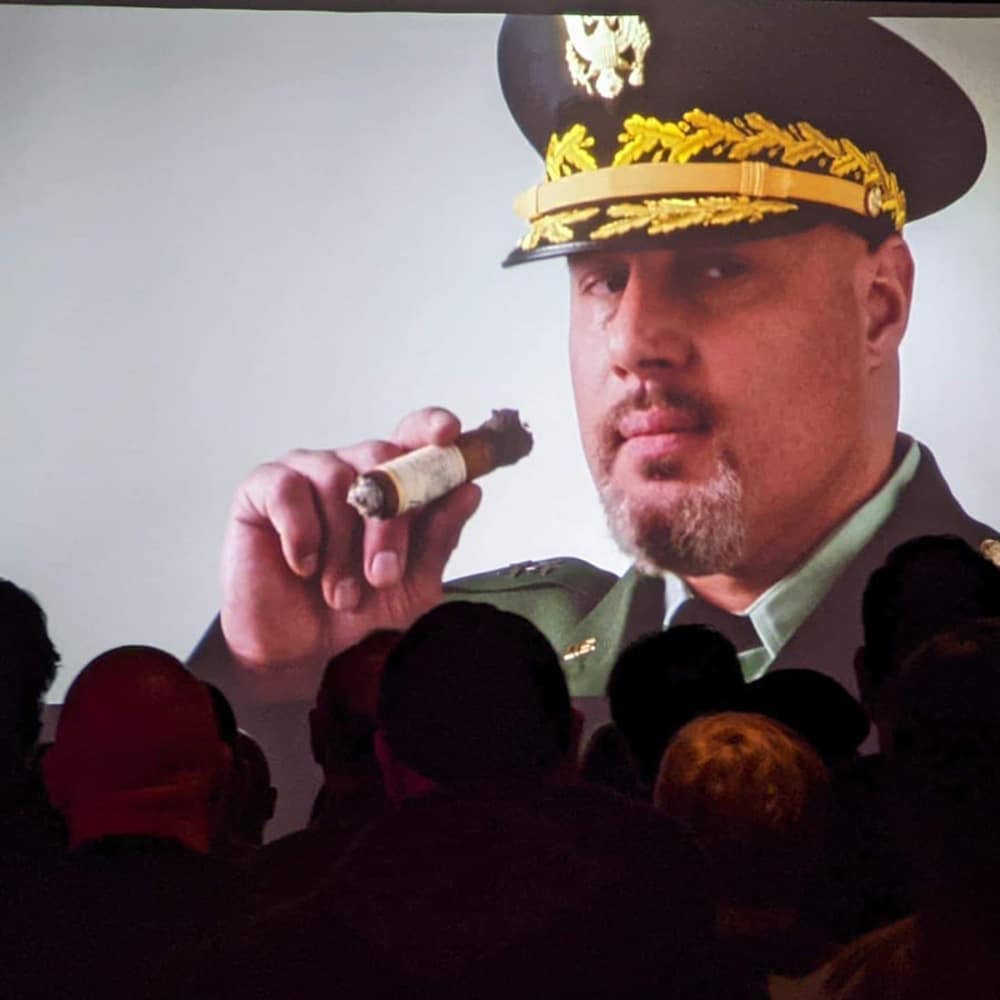 That’s not to say it doesn’t have some quality production value – I mean, does it get any better than having the honest-to-goodness, real-life Harry Friggin’ Manfredini doing your score?

Not to mention, the film boasts top-notch acting from the likes of Terry Kiser and Lar Park Lincoln (both reprising their roles from Part VII) as well as a truly solid sound and special effects department.

If I had to sum up what kind of movie ROSE BLOOD is, I’d say it’s not only a love letter to fans of FRIDAY THE 13TH (with heavy nods to parts VII, IX, and even X) but a joyous romp through what most fans loved about movies (and video games) in the ‘80s in general, especially the action and horror genres.

From the opening monologue to the introduction of each special member of the crack military team formed to take down Jason Voorhees, Rose Blood doesn’t shy away from its over-the-top ‘80s roots but doubles down on them, unapologetically revisiting tropes we all know and love while skillfully weaving them into what can really only be described as some damned fine fan fiction.

According to IMDb, Rose Blood: A Friday the 13th Fan Film “takes place 13 months after Friday the 13th Part VII. We follow Tina Shepard as she is held and studied at the infamous Camp Crystal Lake Research Facility. Tina realizes she is not alone. There is in fact another New Blood: Rose.”

There’s a lot more to the plot which features so many Friday and ‘80s Easter eggs you’ll have a nostalgiagasm. 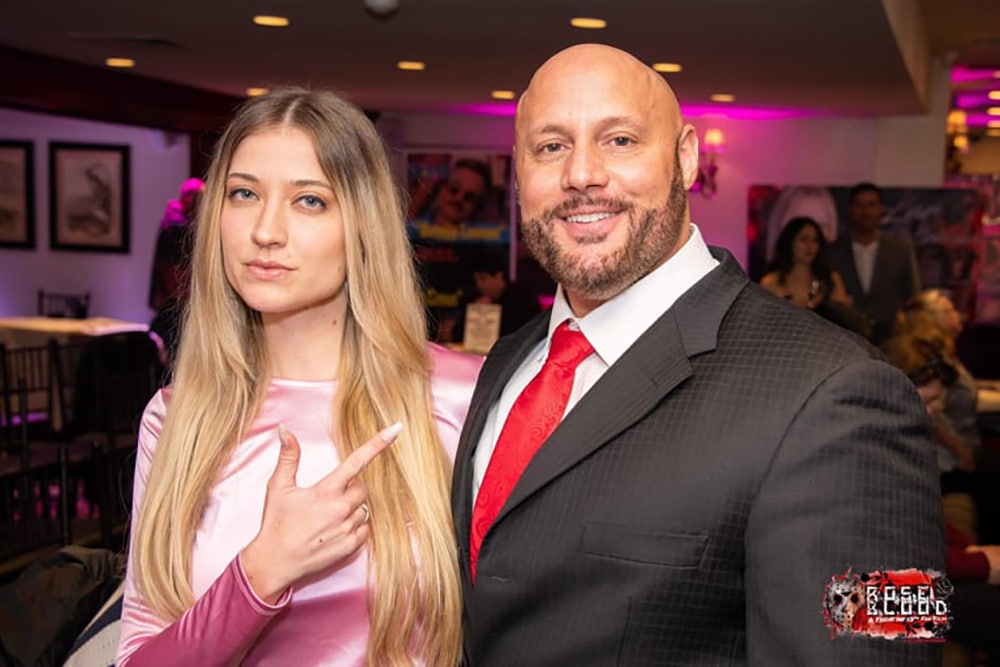 But the movie is so fresh I won’t be spoiling a bit of it…except to let you know that the character Creighton Duke (skillfully portrayed by Jequient Broaden) is featured as a significant part of the goings-on at CCLRF. (You may remember him from Jason Goes to Hell: The Final Friday – hot dog through a donut, anyone?)

I had a debate with the guys from Death Curse Society (check out their live stream on YouTube and Facebook every Monday at 8 pm EST) about whether or not Terry Kiser’s character, the despicable “Dr. Crews” had somehow survived Part VII or if he was just a figment of Tina’s imagination. I lost. But I don’t even care.

He was so good that I couldn’t help but celebrate along with the filmmakers about the fact that they’d secured such a great character actor who made every second of screen time count.

Lar Park Lincoln (fresh off the heels of another must-see film for fans, 13 Fanboy) also eased back into the role of Tina Shepard as if she’d just stepped out of it the day before. The chemistry between her and Kiser was palpable and a perfect way to open the film.

Flashback to 1989 and “young Tina”, played by the lovely Jessica Hottman (Shadow of a Doubt) who is in a similar but far more dangerous predicament with another doctor played by David E. McMahon (Necessary Evil, Teacher Shortage), and you’ve got a solid base on which to build an evenly-paced film that cares about its characters, and not just the well-known (like Kevin Spirtas who also reprises his role from Part VII in somewhat more than a cameo).

By the time you get to Jason Voorhees, your mild annoyance at his not even appearing till well past the halfway point is gone because you’re invested in characters you’re either rooting for or can’t wait to see get what’s coming to them. 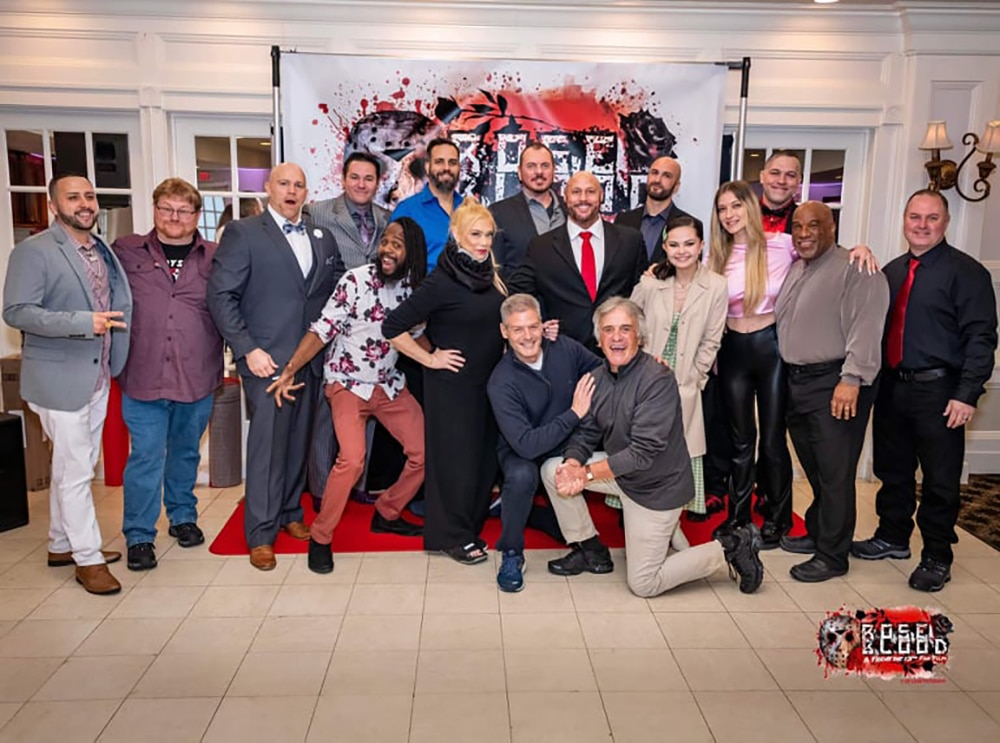 Also, there is a pair of…assets…to which it will be difficult not to give your undivided attention.

Just another nod to the 1980s, courtesy of Kelly Ellison (thanks, ma’am), a.k.a. Sanchez, one-fifth of the aforementioned crack squadron of military badasses, “FAAST” (Forward Assault Anomaly Strike Team – guess who the Anomaly is?), itself a huge tongue in the cheek of action movies stretching back to the ‘60s but at their most exploitative and comic-booky in the Big ’80s.

Peter Anthony, a first-time director, has no problem directing himself as the villainous General Brackbower, nor the slew of supporting characters from Jason Brooks (a certain masked killer) to Tommy Lee Driver, Joseph Caban, and the rest of Camp Crystal Lake Research Facility personnel.

But perhaps the most nuanced performance in the film comes from the title character.

“Rose”, played by young actress Sanae Loutsis (fan film Friday the 13th: Vengeance) is the central character and carries the weight of the film on her shoulders like she’s been doing it twice her lifetime.

This character must have been so fun to write – mysterious, dark, innocent (or is she?), and just …interesting, on multiple levels. Quit your day job, kid; unless, of course, your day job is acting, in which case, keep doing what you’re doing!

The gore is also a character…a beautiful, splattery, de-glovery, eye-poppy character — every bit as important as any other in this film. 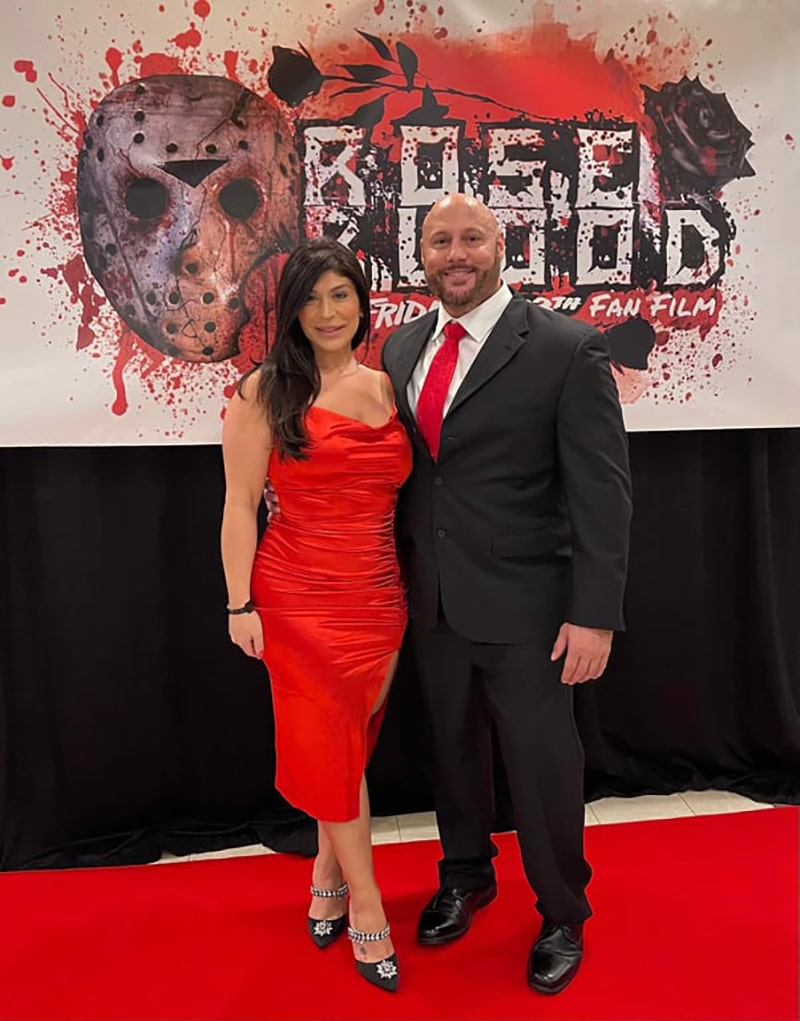 If you sit through the whole movie and hate it for some reason (maybe you’re not a fan of Part VII or fan films in general), at the very least you will appreciate the makeup and special effects department doing their thing, totally ‘80s-style.

My only real beef with the film is that I wish there were more wide-angle shots; the movie is so claustrophobic compared to other fan films (most of which take place in the woods) that it’s definitely noticeable and probably not in the best way, making the action feel smaller than it otherwise might.

There are a few performances that may have been a bit easier to digest with a little “less-is-more” philosophy (hey, it is a fan film, lest we forget), but in a way, I feel they added to the charm of what was essentially a smart, fun, and funny throwback to an era of horror that a lot of we slasher fans miss.

Peter Anthony Productions, congratulations on a job well done…and a shocker climax that nobody will see coming — and one of the most enjoyable I’ve seen in any movie this year.