Love and Possession in “The Haunting of Bly Manor”

You, Me, Us: The hauntingly beautiful, heartbreaking “The Haunting of Bly Manor” is more than a love story…and so much more than a ghost story. 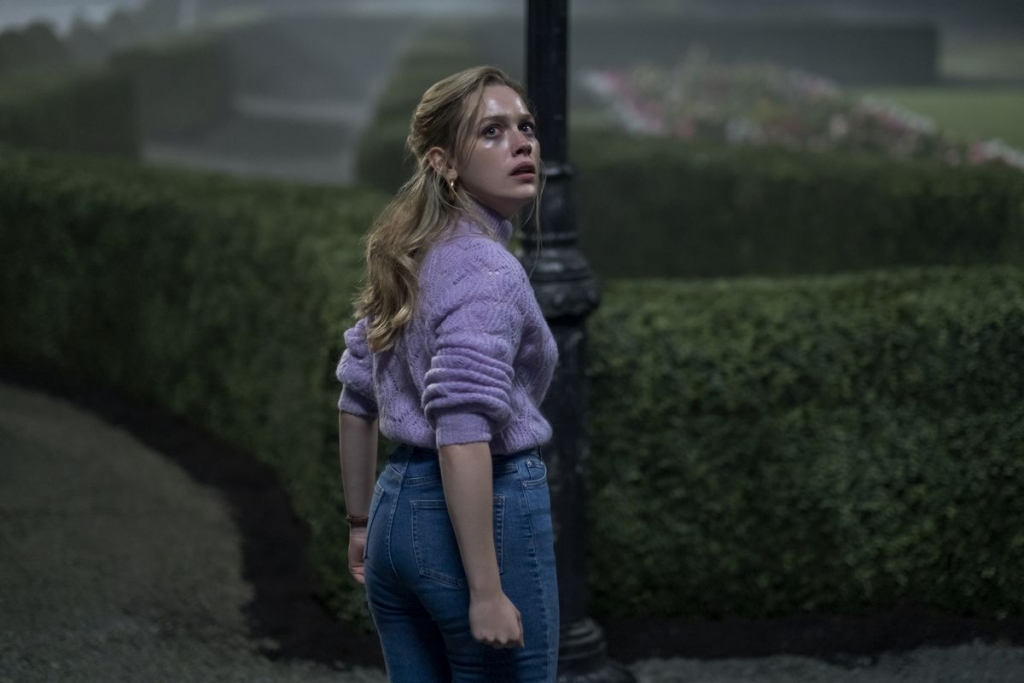 SPOILER WARNING
The following article is a detailed analysis of themes within “The Haunting of Bly Manor”. As a result, plot points are discussed, and you should proceed with caution if you have not yet seen the series on Netflix. This article is best enjoyed by those who have already watched and are interested in a deeper dive.

Horror maestro Mike Flanagan’s first installation of The Haunting anthology, The Haunting of Hill House, centered around a family bound by tragedy and how said tragedy informed their ability to love one another. The latest in the series, The Haunting of Bly Manor, explores similar themes and more through the lens of found family, where love is a choice more than a blood bond. The concept of “choice” in matters of the heart is a central theme in this adaptation of Henry James’ famous ghost stories.

The Haunting of Bly Manor is every bit as haunting as its predecessor, though bolder and more effective in its exploration of love and possession – and the ghosts that are born, trapped, and exorcised as a result.

When an adult Flora Wingrave (Christie Burke) responds to an older Jamie’s (Carla Gugino) retelling of her time at Bly, she says, “I think you set it up wrong just in the beginning. You said it was a ghost story. It isn’t. It’s a love story.” She’s right … but she’s also wrong. 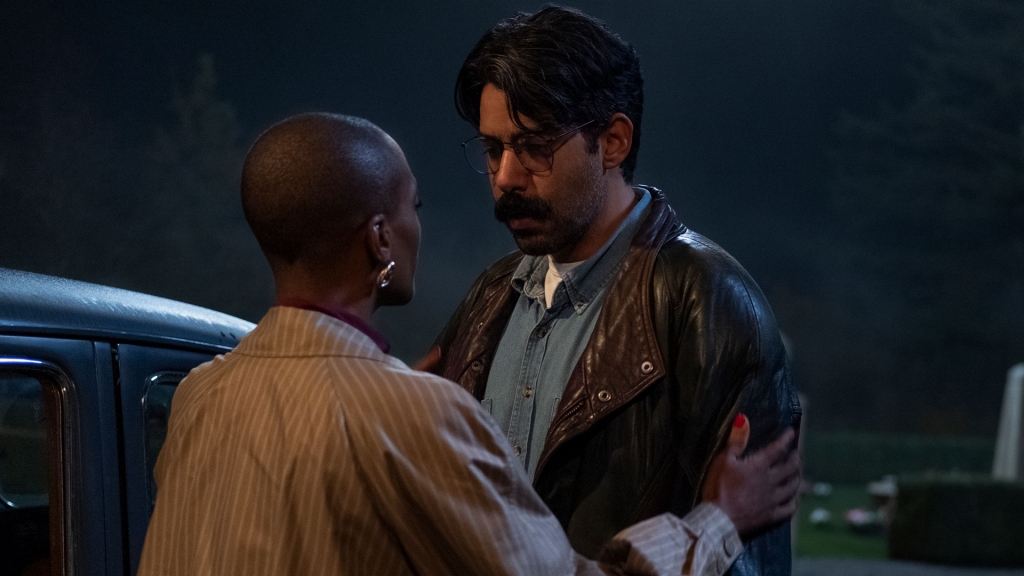 While it would be a thrilling, albeit time-consuming task to explore every love story featured in the series, the romantic relationships are the ones that most deeply affected by the central themes of love and possession.

The budding romance between Owen (Rahul Kohli) and Hannah (T’Nia Miller) that never got the chance to bloom and the moonflower romance between Jamie (Amelia Eve) and Dani (Victoria Pedretti) are perfectly juxtaposed against the bindweeds of Peter Quint (Oliver Jackson-Cohen), who wrapped himself around the roots of Rebecca Jessel (Tahirah Sharif) when she was too blinded by his flowery petals to recognize that his grip was tightening just below the surface. Peter peppered Rebecca with gestures and empty promises, the very tools of manipulation he used countless times in life and business. His affections for the governess were tainted by bouts of jealousy and percolating violence that would ultimately lead to her demise.

Peter never loved Rebecca; he mistook love for the desire to own someone — to consume them, to possess them, to get them to bend to his will.

We learn of his underhandedness early on, when he tells a young Miles (Benjamin Evan Ainsworth) that life is all about figuring out what keys are needed to unlock specific doors and discovering the best way to open others up and manipulate them. Everything Peter did, he did with an undercurrent of personal gain. In his afterlife, Peter graduates from figuratively weaseling his way into someone’s head and heart to inserting himself within them until they became just a shadow of themselves.

Peter didn’t haunt Bly Manor; he used it as a hunting ground. 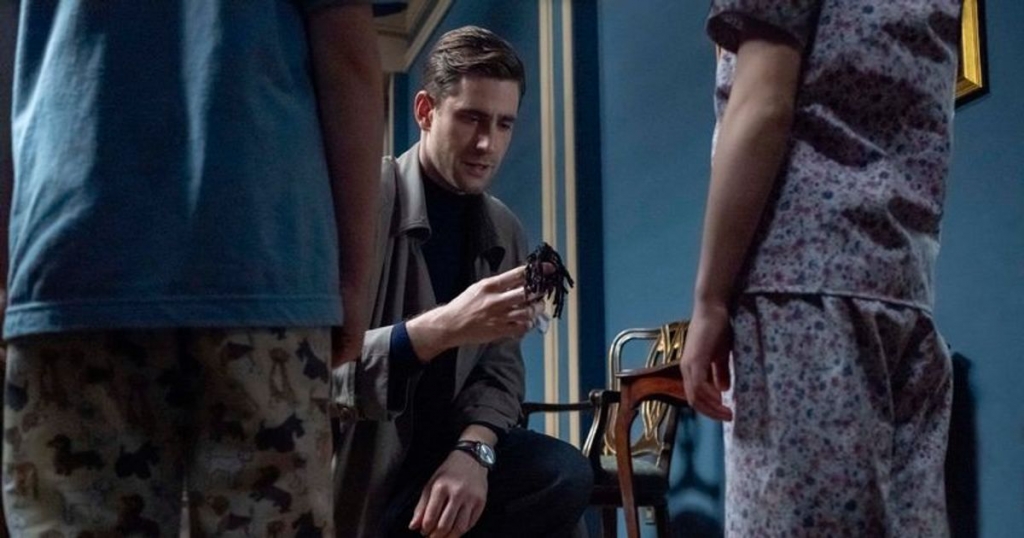 He used its gravity well to possess and trap those he wished to keep near, like Rebecca.

Peter abuses Miles and Flora’s (Amelie Bea Smith) love and trust for him, too, convincing them to consent to a permanent possession — one cemented by a simple phrase: You. Me. Us.  But there is no “us”. Only one is left standing. It’s more than a possession, it’s a spiritual proprietorship.

Owen and Hannah’s love never got the chance to become anything more than lingering hugs and knowing smiles, but its purity eclipsed the love of Peter and Rebecca. Their love was built upon the foundation of friendship, trust, and terrible puns. Where Peter wanted Rebecca to sacrifice herself to stay with him as a spirit in Bly Manor, Owen wanted nothing more than to sweep Hannah off to explore the world, to see Paris, to liberate her from a life caring for others more than herself.

Even when Hannah, aware of her mortality, was tucked away inside of her memory of Owen, his likeness told her she wasn’t selfish enough to keep them there forever. Owen and Hannah’s love defied possession because the act of loving requires one to accept the inevitability of letting go. They release one another in life and death, knowing that dead doesn’t mean gone — and that has to be enough… for now.

The central and arguably most heart-wrenching love (and ghost) story of The Haunting of Bly Manor is between the courageous au pair Dani and the tender, cheeky gardener Jamie. 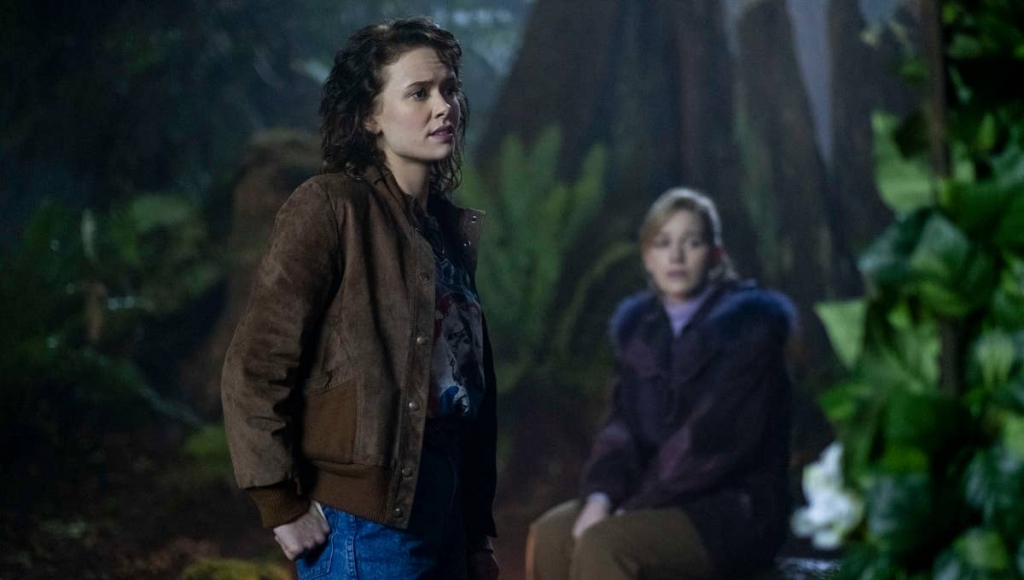 Their relationship transcends even the love/possession binary. Dani’s love for Jamie exorcises the ghost of her past, Edmund (Roby Attal), a specter who possessively stalk