Impressions of “Possession”: Part One

Is there such a thing as the “art house” horror film? Recently the movie The Witch cracked that topic wide open. The answer probably hinges on how one defines “art”. Although I have a personal definition which pretty much encompasses all things born of creative expression, I understand what some people mean when they point at The Witch and say “ART!” They gesture towards Naked Lunch and say “EEEWWW..ART!” Some glance at Martyrs and say “..uh…ehh…ugh…did you see?…what they did?…ART!” They may even make metal horns with their fingers and say “TEXAS CHAINSAW…ART!” All true, I believe. But Friday the 13th Part 4, for instance, is art too. Fuck YES is that art! 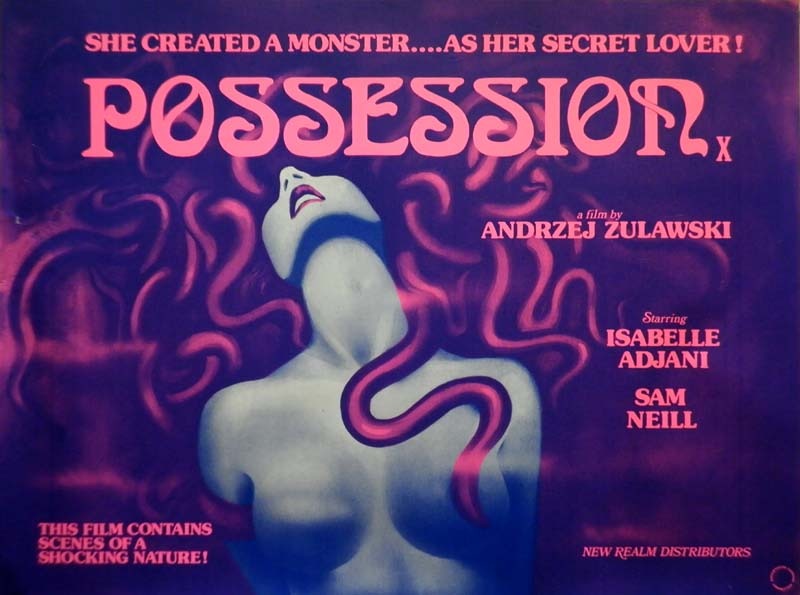 Now that we’ve secured a place for the “art house” horror film inside our little corner of deviant cinematic madness, I declare Andrej Zulawski’s Possession as the quintessential art-horror film. However, even though giving it that title is very flattering, it just boils down to bullshit. Any attempt to tame Possession with words is a misstep, and possibly even an insult to the movie. The movie about “the girl who fucks an octopus”. If you describe it that way, or haven’t yet seen it, I highly recommend you give it a look. Again.

I saw Possession for the first time when I was around ten years old. It was in the horror section of my local mom n’ pop, Montage Video, and like so many of us, I had to consume the entire horror section. I was, of course, baffled and bored by it. Possession isn’t meant for ten-year-olds. After that, it dropped off the face of my planet. Then, in 2000, Anchor Bay released it on DVD. I vaguely remembered renting it as a child: its incoherence, how blue and overcast everything was, and of course THAT SCENE. You know the one I mean. I gave it another shot. It still didn’t quite grab me in its psycho-intellectual tentacles, but at least I understood it better. Then, cut to many years later, when I read Keir-La Janisse’s classic House of Psychotic Women. Zulawski’s films were an integral part of her book, so I was inspired to re-visit Possession. 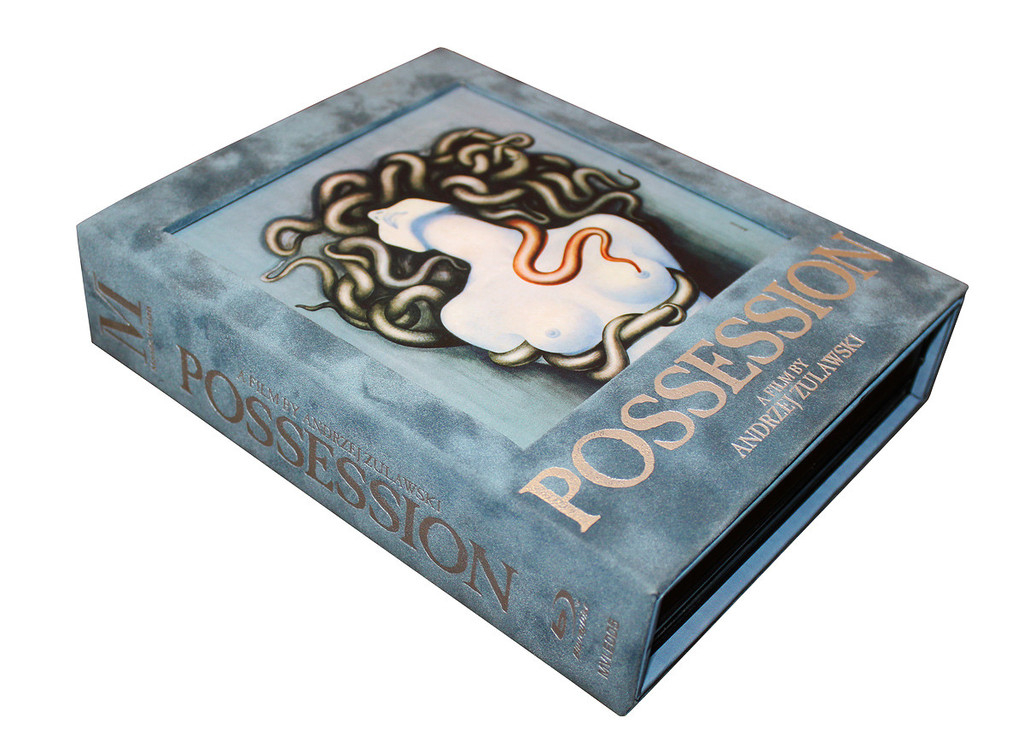 Something changed in me between 2000 and 2015, because I didn’t just watch Possession, this time I felt it. Hard and it was so full of truth. I have been absolutely in love with it ever since. It is a movie that profoundly changed my life.

I have been wrestling with the task of writing a small piece about Possession for a few months. Not to be a movie snob, but yes before Zulawski passed. I purchased the Mondo Vision Blu-ray in January, and HAD TO write about it. How could any horror/ exploitation enthusiast who calls themselves a writer see Possession and NOT want to write about it? Possession is alive! It screams, it yearns, it weeps, it cuts, it snarls and wants to break your heart. After spending so much time beating my head on the writer’s block, I came to a realization: you don’t analyze Possession, you don’t attempt to explain it or put your own interpretive period at the end of it. You revel in it, and share what you find so moving, electric, and emotionally resonant about it. Most “true art” wants to be talked about much more than it wants to be loved or understood.

Possession creates a sensation like you’re stuck halfway through the steel mesh of a screen door, Zulawski’s reality on one side, your own reality on the other.

Consider the idea that your reality is not the REAL reality, but merely reality as you perceive it. The same events happen, but in each of us they set into motion different sensations, emotions, and responses. Think about the billions of little hypersensitive realities floating around in soup-bowl skulls, none of them the same.

That is the socket I think Possession plugs into: multiple realities, depending on the viewer. After watching it for the first time, each person will have experienced a different reality. Hopefully most people have the initial thought of “I just watched something extremely fucking important”. So, what does Possession “mean”? I refuse to seek out a destination that ends that path of thought, even if there IS one. I will never “figure out” or “define” Possession, and am quite content quietly contemplating it for the rest of my days. Yes, I’m THAT attached to it.

The past roughly 800 words have merely been a brainstorm. In the second part of my Possession piece, I will delve a little deeper into some of its most significant realities. Although there is a constant urge to latch onto a character and completely drift away, Possession never lets you forget that it’s a movie. It is pure organic cinema.