“Army of the Dead” is far from an intellectual think-piece, but if bloody mayhem and humor score big with you, it’s a sure bet.

ABOUT THIS COLUMN
“Digging Up Bones” is dedicated to spotlighting great streaming horror films you may have missed. With the mounds of new films released every month, it’s easy to overlook the primo picks. We sift through the rubble and dig up the treasures so you don’t have to!

Netflix recently released their impressive, upcoming slate of “Netflix and Chill” Halloween Horror programming. If you missed the announcement, make sure you check it out and mark your calendars for a bounty of genre treats being released through September and October.

With that said, this is a great time to remind you that the streaming service already dropped a stellar selection of great horror films and shows over the Summer. And this is the perfect time to get caught up on anything you may have missed before the new spooky season programming arrives.

To that end, we wanted to share a highlight of recent months in case you somehow missed the fanfare surrounding Zack Snyder’s Army of the Dead. 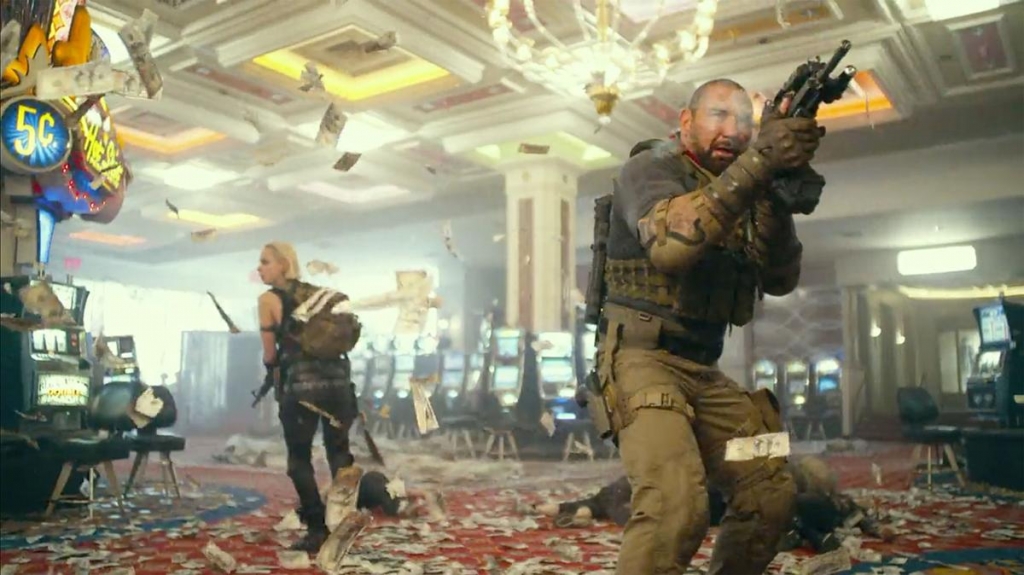 Army of the Dead was released in a total of 600 locations in the United States on May 14, 2021, making it the first Netflix film to receive a wide release at a major theater chain. A week later, the film was digitally released on Netflix and became the most-watched item on the streamer, amounting to 913 million minutes of watch time in its first week and 786 million minutes in its second.

On Rotten Tomatoes, the film currently holds a 68% with an average rating of 6.1/10. The website’s critical consensus reads, “An ambitious, over-the-top zombie heist mashup, Army of the Dead brings Zack Snyder back to his genre roots with a suitably gory splash.”

The film follows a group of muscle-bound mercenaries who have been hired by a shady Vegas hotel owner (Hiroyuki Sanada) to infiltrate Las Vegas to grab billions of dollars held in a hotel safe whilst the city is full of zombies.

All this is to be done ahead of a nuclear attack on Vegas due to take place shortly to kill off the remaining zombies.

As expected in a Zack Snyder movie, Army of the Dead is excessive. 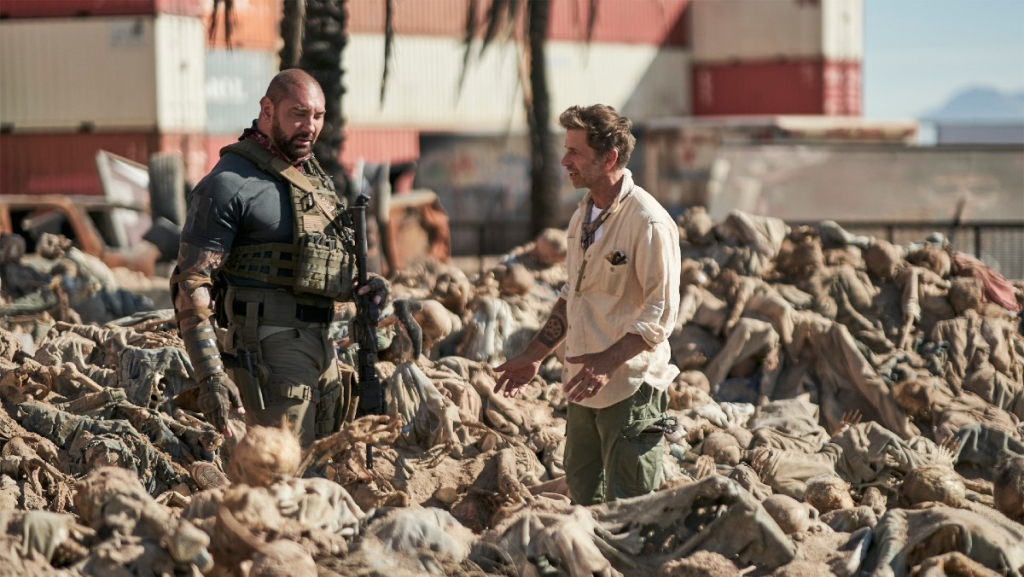 It is no secret that Snyder likes to give his tapes an extreme bravado, a style that has made him famous. This movie is a project that allows Snyder to work unrestrained, and it can feel out of control at times since there was no one around to tell him no. The freedom to deploy an arsenal of resources to satisfy Snyder, who seems not to care what people’s opinions on the movie might be, means the plot is less of a priority than the spectacle.

As a result, audience reviews were extremely varied on this one, depending on whether or not viewers appreciated a bloody good time over a credible story.

The Showboat Atlantic City was used for the interior of Bly’s Las Vegas casino in the film, offering 60,000 square-foot of casino floor that has been empty since 2014. All that needed to be added were more than 500 slot machines (if you’re a fan of slot games and can’t make it to Vegas, this slot game offers players missions and free play to win big).

The production team also purchased 2,500 plastic skeletons that were piled over the backlot at ABQ Studios in Albuquerque, New Mexico.

Another notable star is Tig Notaro who plays Peters, the pilot who will hopefully get them out of Vegas. 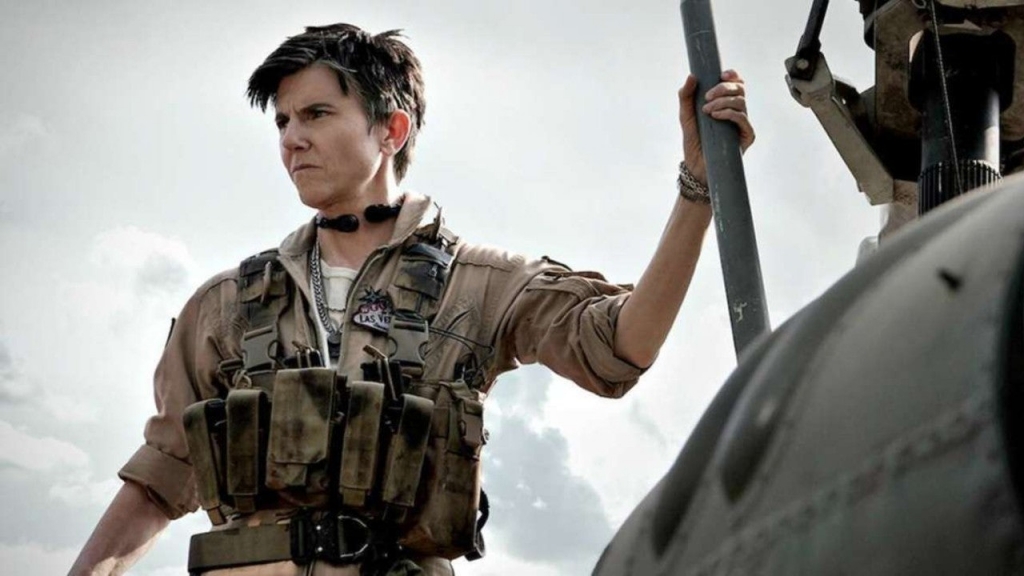 Notaro steals every scene and receives the best dialogue in a script that relies heavily on clichés. But as stellar as Notaro’s onscreen performance was, what happened off-screen is even more compelling.

Every time you see Notaro in Army of the Dead, the character you’re watching was originally played by now scandal-plagued comedian Chris D’Elia. Synder made the call to replace D’Elia after he was accused by multiple women of predatory sexual behavior, sometimes when they were underage. Netflix spent millions of dollars to digitally erase D’Elia and stage reshoots with Notaro so she could be inserted in among the rest of the cast.

It turned out to be the best possible thing for Army of the Dead, as Notaro’s performance has been widely hailed as one of the best parts of the film. Even Synder agrees.

“I think the movie is better with Tig Notaro, frankly, because she’s more unexpected and she’s more fun,” Snyder said in an interview with Vanity Fair.

The remaining members of the ensemble cast mostly appear as extras, with little characterization. Frankly, most of them are introduced simply to kill them off in gory death scenes. Unfortunately, the secondary male characters exhibit an outdated machismo, and racial stereotypes abound.

Despite an unnecessarily long runtime that many have bemoaned, Army of the Dead has an opening credits sequence that is Snyder at his best, with expertly shot action sequences. 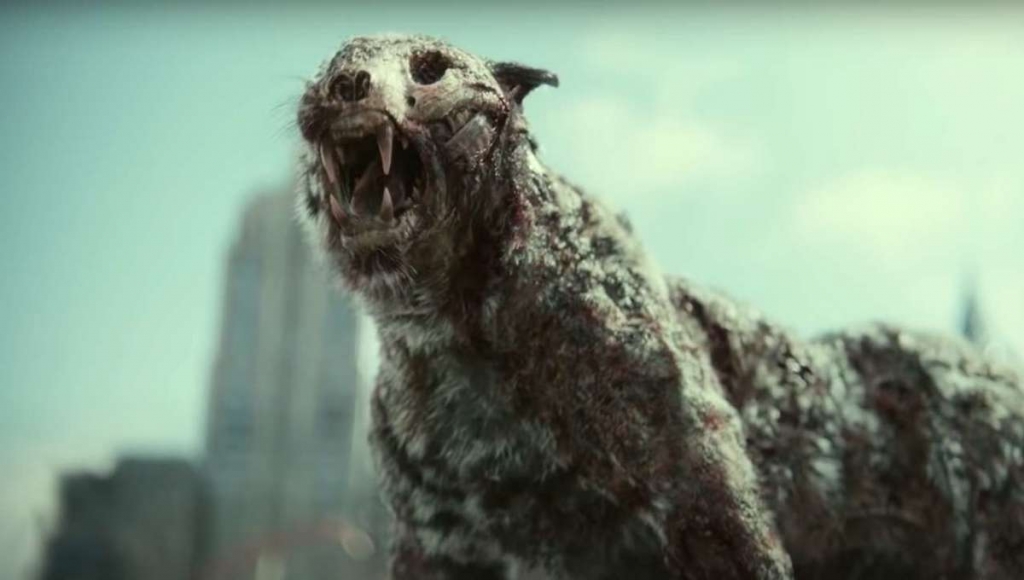 Included in the thousands of marauding zombies is a zombified tiger owned by Siegfried and Roy, which is probably my favorite moment of inventiveness in the entire two-and-a-half hours of outrageous zombie content.

Unlike most heist movies, Army of the Dead has no strategy; no one is being outmaneuvered, betrayed, or double-crossed. It’s just balls-to-the-walls action and a great deal of humor that keeps it strictly in the mindless fun category of films. If that’s your thing, you’ll likely have a blast with this one.

As noted above, however, it is quite long — 148 minutes. So it’s a bit of an endurance test. Still, there’s plenty of that famous Synder style to keep things visually engaging, along with a great soundtrack. If you tend to be a fan of Snyder, action-packed ensemble films, or zombie films in general, there’s a better than good chance Army of the Dead