The first Horror film released in Soviet Russia is worth watching for the benchmark it sets, as well as the off-the-wall ending. 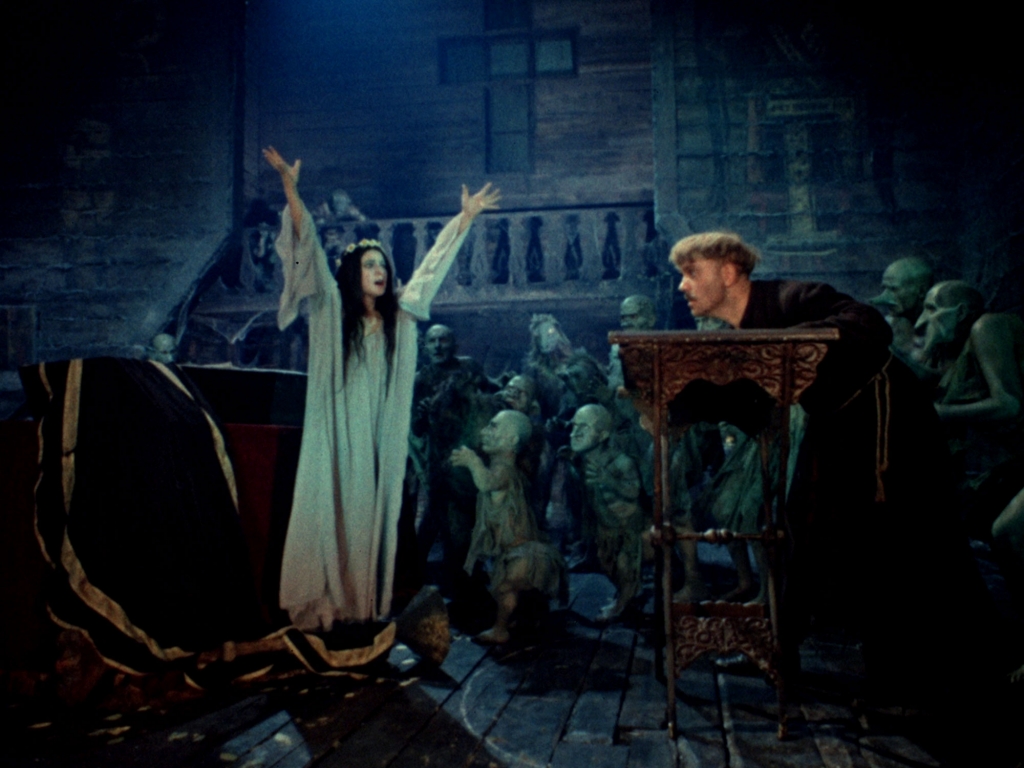 A priest must hold service with the corpse of a young suspected witch for three days, alone. Let’s dig into 1967’s “Viy”, directed by Konstantin Ershov and Georgiy Kropachyov!

There are some truly beautifully shot scenes in this film. If you don’t get hung up on how fake the sets and gags look, you’ll be able to enjoy a film that had to be a challenge to make outside of the normal production problems. The first soviet horror film doesn’t seem to show any restriction from regulations or government control.

Khoma Brutus, a priest in training, is seduced by an old crone and beats her for her ruse. She changes herself into a beautiful young girl to cease his beatings. He’s then tasked with spending the next three days with a young girl who has passed.

What’s to come is predictable, story-wise, but the execution is what gives the film its charm. The mime act the corpse performs on its first night is so old school it’s endearing.

The technique used to lead her back into her coffin at the end of the altercation, with her body shaking and then the footage in reverse, is clever — especially for the time period. 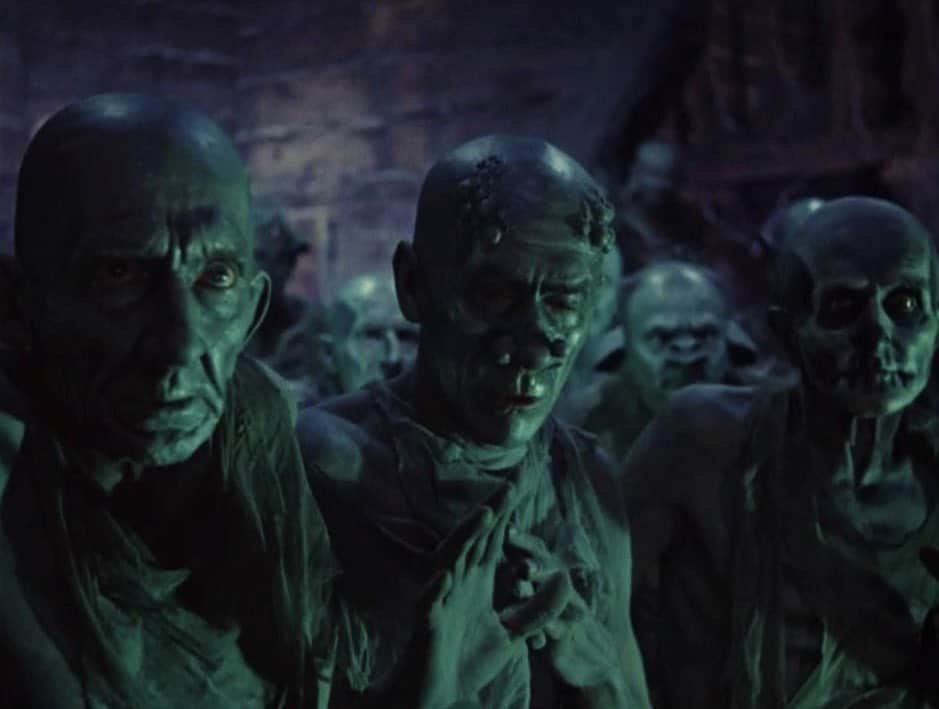 Now for the finale. The reason to show up.

Walking skeletons, large corpse hands, a multi-headed snake-like skeleton with obvious appendages controlling them, some weird crab walkers, and bat-eared creatures. It’s a really great scene as the dead girl summons all types of beasts. It’s worth the watch for this scene alone.

Pig men, and devils and a big heavy that looks like a walking amoeba that has to have its eyelids lifted for it. It kinda resembles a blue version of Kevin Smith’s Shit Demon.

Yes, the girl was the crone all along. You see that coming from the jump. It’s still an impressive feat of a film.

Unless you frequent Soviet-era cinema, you’d be hard-pressed to find a familiar face. 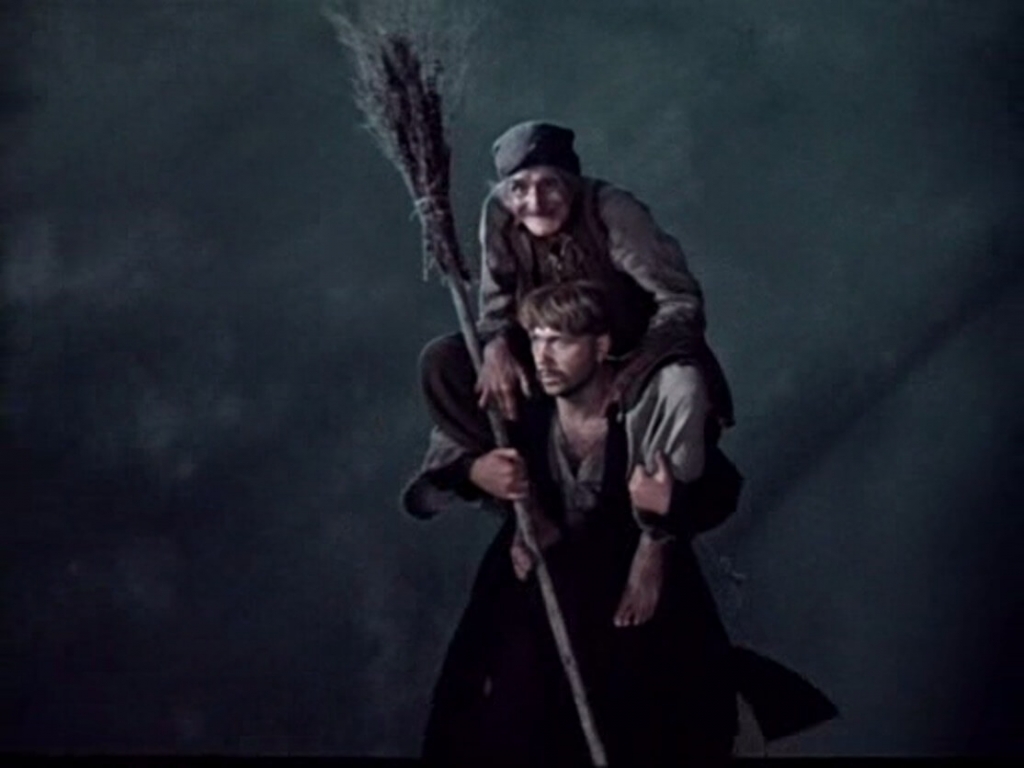 Nothing sticks out. It’s wacky and rather perfectly balanced with attempts at macabre and frightening imagery.

Leonid Kuravlyov (Khoma)  looks like Jeremy Piven. I can’t unsee that. PCU is one of my favorite comedies of all time, and I’m not sure of any performance from Piven I haven’t liked. Including in this film, because I can’t see anything but him with a bowl cut (how you living J. Piven?).

For some reason, I see a Raimi version of this story being very entertaining. The source material seems to have been bilked for all its worth, but there’s always another angle or view to show.

There are a half dozen interpretations of the same source material, the story by Nikolai Gogol, including Mario Bava’s Black Sunday.

Severin Films released a Blu-ray. You can also stream Viy on Shudder, Tubi, or AMC+.