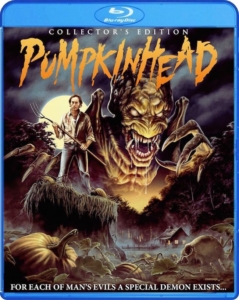 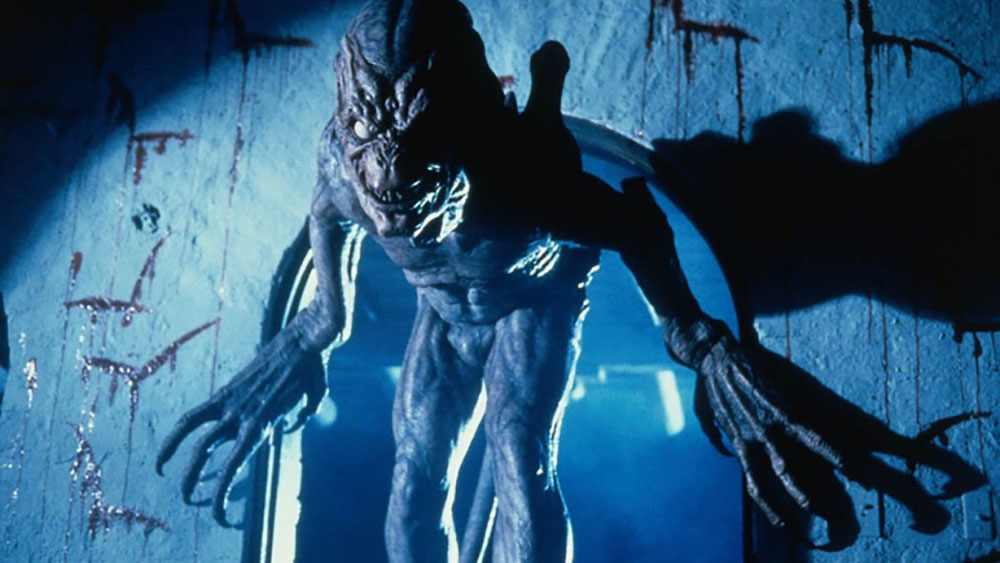 When a group of teenagers inadvertently kill his only son, Ed Harley (Lance Hendriksen, Aliens) seeks the powers of a backwoods witch to bring the child back to life. But instead, she invokes “the Pumpkinhead” — a monstrously clawed demon which, once reborn, answers only to Ed’s bloodlust. But as the creature wreaks its slow, unspeakable tortures on the teens, Ed confronts a horrifying secret about his connection to the beast and realizes that he must find a way to stop its deadly mission before he becomes one with the creature forever.

While known primarily as one of the greatest Make-Up and Special FX Artists of all time, Stan Winston delivers in his directorial debut about a father’s loss, lust for revenge and redemption. Based on a poem by Ed Justin, Winston brings the characters and story together with great locations and a bevy of actors (especially Lance Henriksen in a powerful role) that hit all of the emotional marks that few horror films ever achieve. 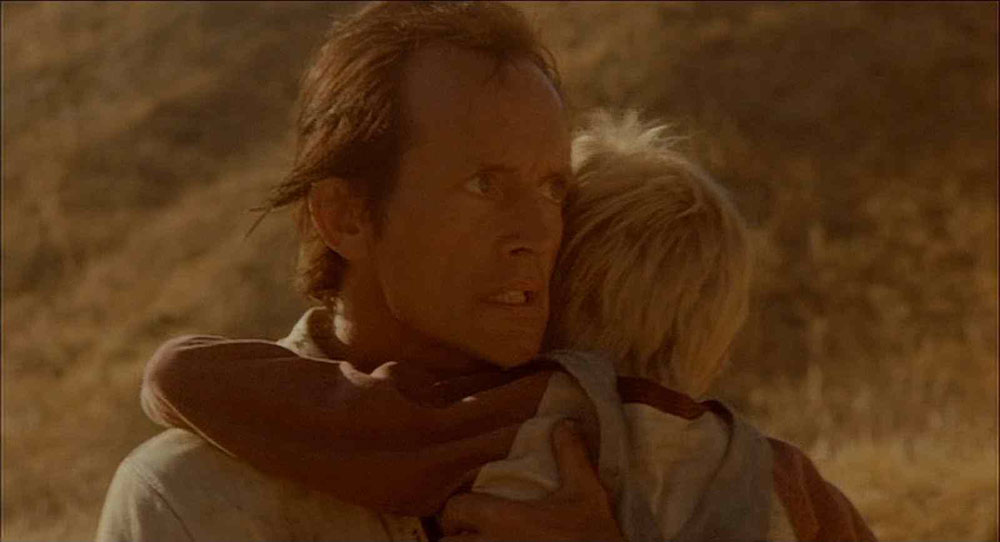 Henriksen put lots of personal detail into his character by having a unique set of dentures made and providing most of his own props, including his hat, shotgun and the silver dollars he used to pay Haggis. His emotional and physical connection to the creature is played out through the film, and the rest of the cast plays off of this to the hilt. The amazing set locations give the impression of being miles away from “civilization” and really create a sense of isolation and hopelessness.

With being so busy with the behind the camera work, Winston left the creature designs to his more than capable FX crew that managed to create an iconic monster that is fondly remembered to this day. While the film only garnered a limited release due to the bankruptcy the De Laurentiis Entertainment Group, it has since moved on to become a beloved cult classic in the genre. Bringing a modern, iconic new creature is no easy feat, but the inclusion of a great story, acting and amazing FX work make Pumpkinhead the basis for creature features to this day. 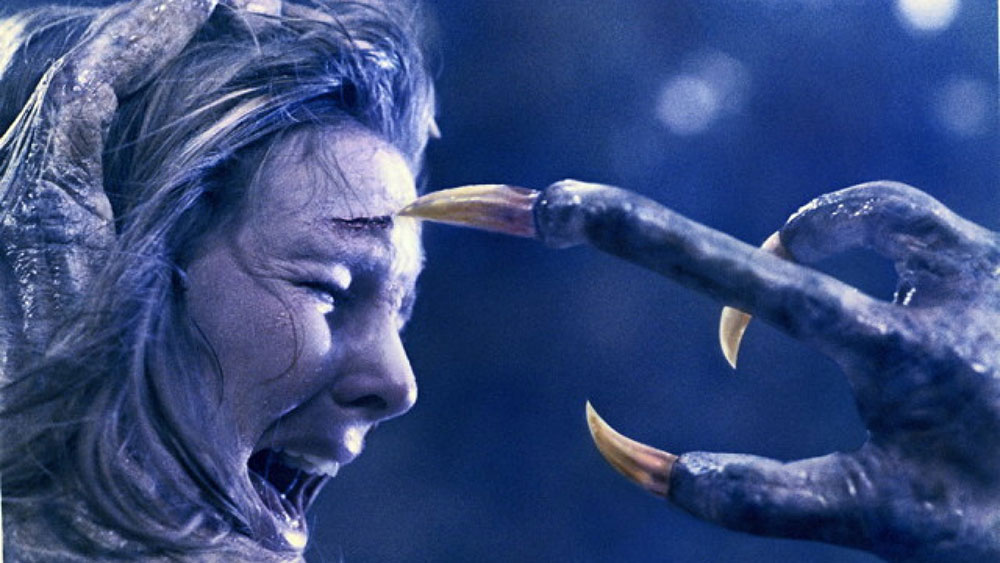 As a small child in 1957, Ed Harley is witness to his Father denying a neighbor admittance into their house during a terrible thunderstorm. Through the windows and the flashing storm, he sees a horrible creature mangling the neighbor until his death. In the present day, Ed runs a small supply shop with him young son and their dog. Three young couples are away for a weekend vacation and stop at Ed’s store for supplies.

While there, the men down a few beers while the ladies have an encounter with some local townsfolk. While teasing one of their younger siblings, everyone hears the story of Pumpkinhead. The young men decide to ride their dirt bikes in the area around the store. Ed goes off for a delivery and leaves his son behind at the store. The dog runs outside, and the young boy follows. He narrowly avoids being hit by one biker, but gets struck and mortally wounded. 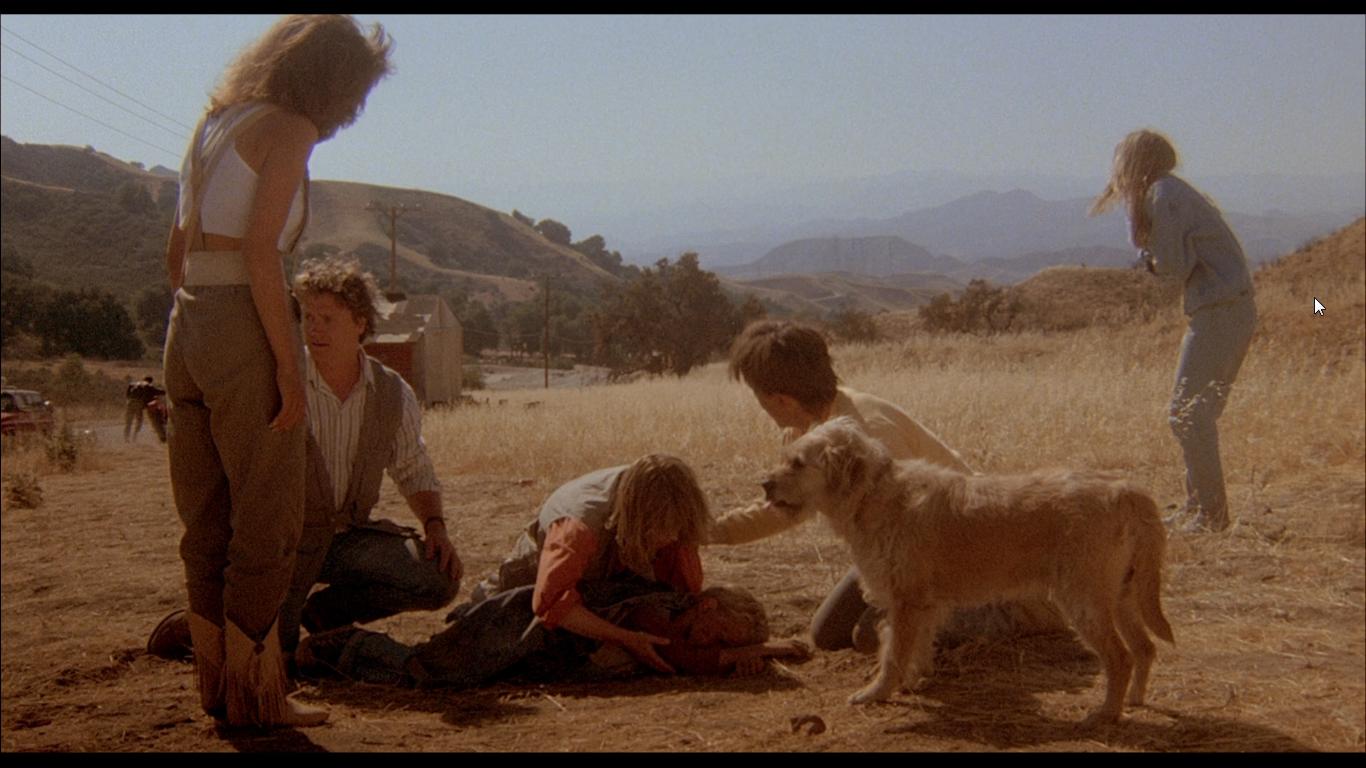 In a panic, Joel (who hit the boy) and his girlfriend flee the scene of the accident and head to their cabin. One of the men stays behind to tell Ed what happened while the rest leave to try and find a phone to call for help. Ed comes back to find his son dead in the field while the man tries to explain what happened. He tries to help Ed, but he glares the young man off.

The other couples get back to the cabin, but Joel refuses to let them call for help and holds them all hostage in the house. Ed goes to visit a local family to drop off their