Like taxidermy itself, “The Taxidermist” blurs the lines between art and the afterlife, filled to the brim with blood, guts, and twists at every turn. 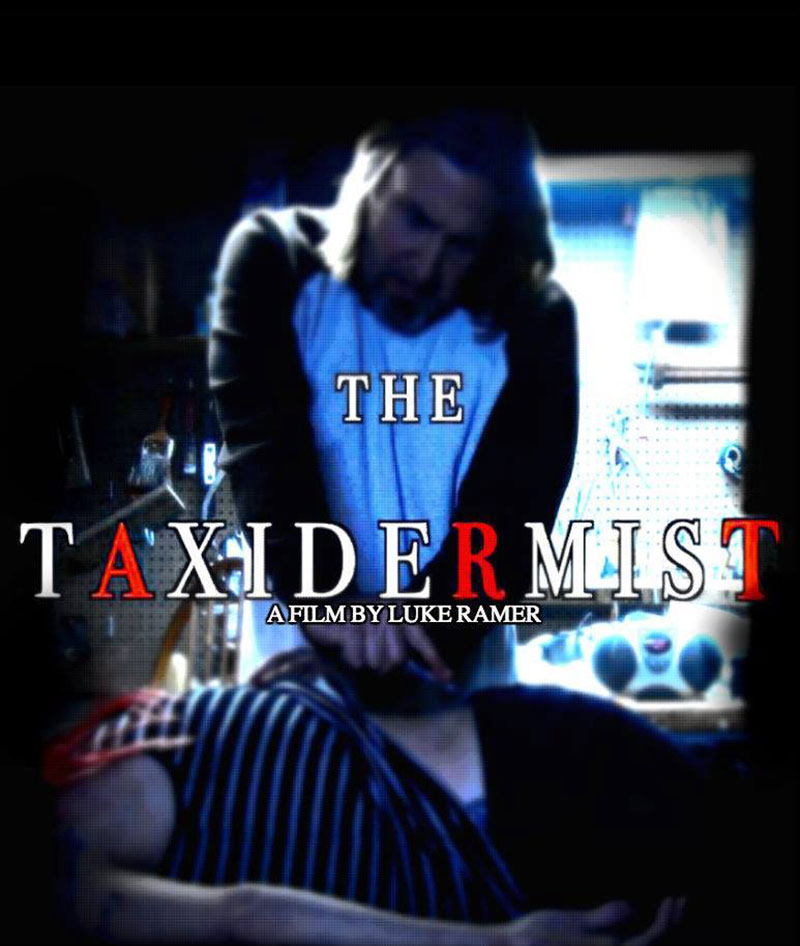 The Taxidermist is a movie where you get exactly what it tells you you’re getting. A man in need of money is propositioned to create a figure he has never worked on before: a human. He finds that the money may not be worth it when he sees what his creations are being used for.

West 2nd Productions is a new studio to me, but I have a feeling I’ll be on the lookout for more of their work. On the outside, The Taxidermist seems like a movie shot by a bunch of friends one summer — a bit unpolished in terms of sound quality acting ability. But actually sitting down and watching this, The Taxidermist is a solid piece of underground horror.

The first thing i noticed was the acting. Perhaps the talent wasn’t as A-list as I’d hoped for. That’s OK, because we can see the effort the cast put into their individual roles, and they acted accordingly. While I didn’t necessarily care for each character, they were all important in moving the plot forward. 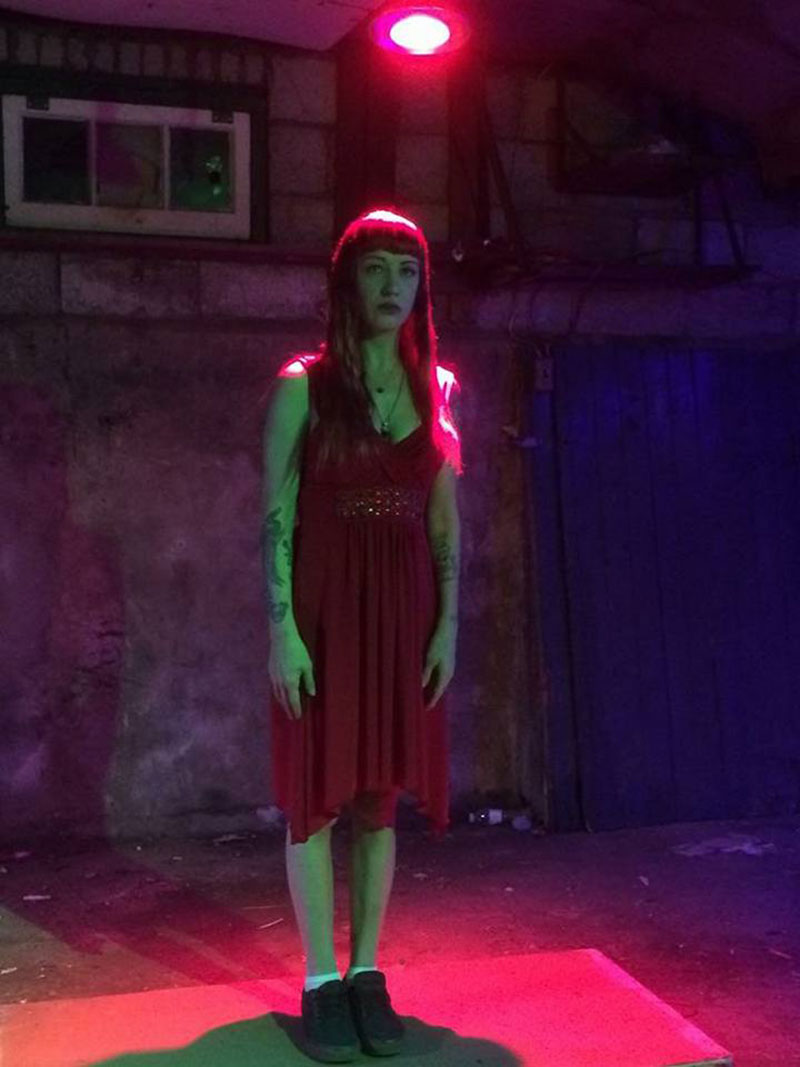 Leo, the taxidermist, was a family man that would do anything for his daughter (and for his art). His wife and child drove the plot by giving Leo a reason to accept a highly illegal request from the mysterious Kristoff. Everyone played their part as it ought to have been played — a little over-acted but still within the realm of being realistic.

The plot itself was amazing.

I’d describe it as like having deja vu but with a twist ending at every turn. There were many times where I could see where the story was going, but I ended up being surprised. For instance, Leo and his family are struggling financially but are pushed further into debt when their child develops cancer. I figured that would be a reason for Leo to take the job stuffing and mounting humans for an unknown buyer, but what I wasn’t expecting was the fight between Leo and his wife and the ultimate use of the taxidermied people (I won’t spoil it, it’s better to watch firsthand). Even though there were some unexpected parts, the story still made sense in the grand scheme of things. 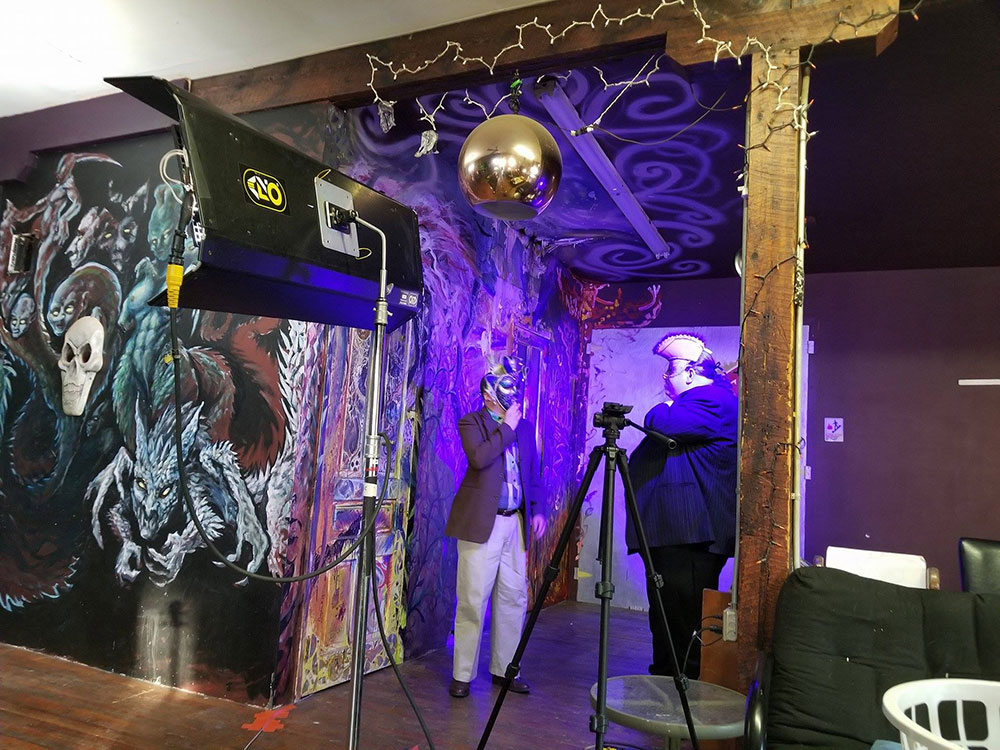 To tie scenes together, transitions between gore and normal home life merged the two very well. The first night of human taxidermy is abruptly halted when Leo’s daughter calls on him to make breakfast. Leo thinks its still night time, but his daughter tells him it’s actually morning. We as the audience feel the same as Leo, not taking into account the passage of time. A dream sequence Leo has later in the film has the same snap back to reality.

Transitions are often something people forget, and if done poorly, can make the movie choppy. The Taxidermist did the opposite, flawlessly blending scenes together throughout the story.

But I think the best part of the movie was the gore. 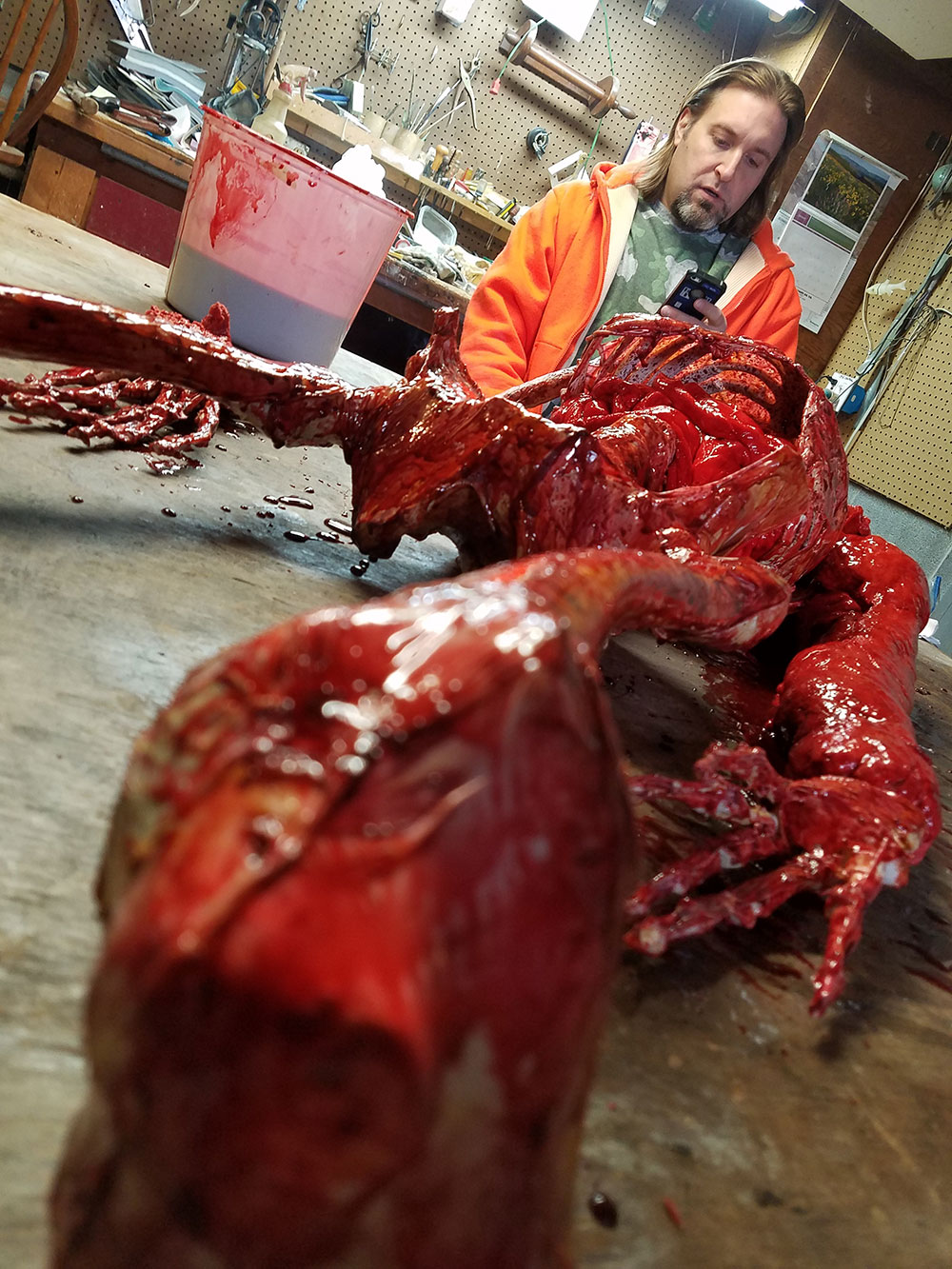 Top-notch practical effects. ‘The Taxidermist’ really plays up the blood and guts — and it should, considering the premise is a man stuffing dead bodies for sale. Scalpel slices, skin, meat, and bones have a starring role as Leo works through the night for weeks on end. While I know in my head that these shots are a mixture of what is probably corn syrup, food coloring, and pieces of ham or silicone prosthetics, they feel real enough that for a moment, I forget it’s a movie.

Yes, there are some issues, namely the actors’ voices (which sounded like they dubbed half and left half alone), and overall cinematography (it was blatantly obvious this was a lower-budget production), but The Taxidermist is an enjoyable movie. The scares come in the form of gore and body horror. The practical effects are realistic. The story is engaging and leaves you wanting more.

Luke Ramer and West 2nd Productions knew where to spend their money, and with gore and editing that good, I can forgive the rest.

The film is currently being submitted to festivals, with a limited physical release planned for early Fall of 2018.