Filmmaker and Woman in Horror Heidi Moore unleashes the perfect transition between “Dolly Deadly” and “Kill Dolly Kill” with this creeptastic short. 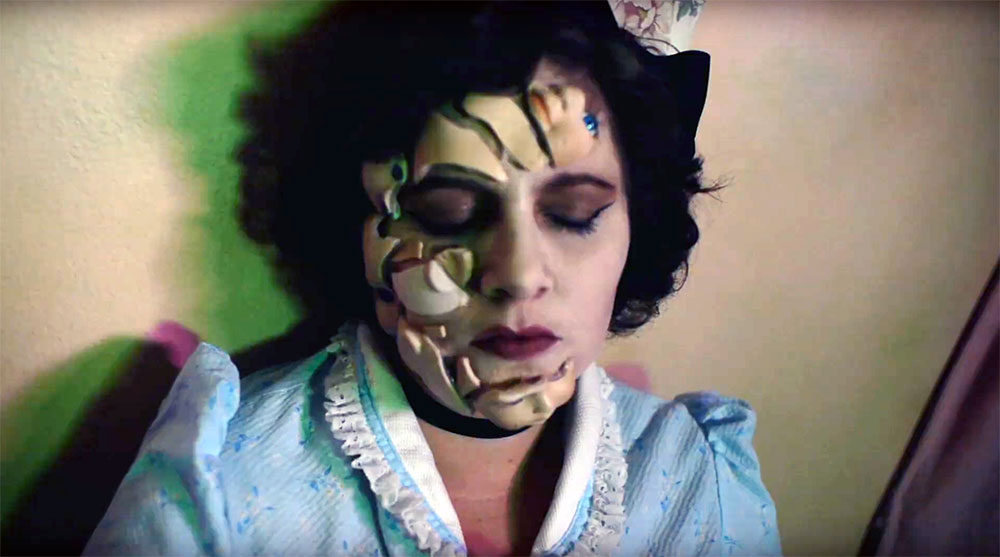 Four years ago, I was judging film submissions for a popular horror convention when I stumbled upon an unknown horror film called Dolly Deadly. Directed by filmmaker extraordinaire Heidi Moore, and written by both Moore and Cassandra Sechler, Dolly Deadly was my favorite out of the bunch.

Starring Moore’s son Justin as Benji, a young, traumatized and bullied child who joins forces with his army of dolls, and full of unnerving creepiness, Dolly Deadly was everything gritty and sticky that I love. When the opportunity arose for me to review her newest short, Dolly Deadly 1.5: Whatever Happened to Benji?, I was super excited to say yes.

Described as a “mini sequel to Dolly Deadly, and at the same time, a mini prequel to Kill Dolly Kill (the highly anticipated sequel to the original),” and clocking in under 10 minutes, 1.5 is the perfect segue between feature length films.

Dolly Deadly 1.5 reintroduces us to Benji, only he’s grown a bit since the last time we saw him. 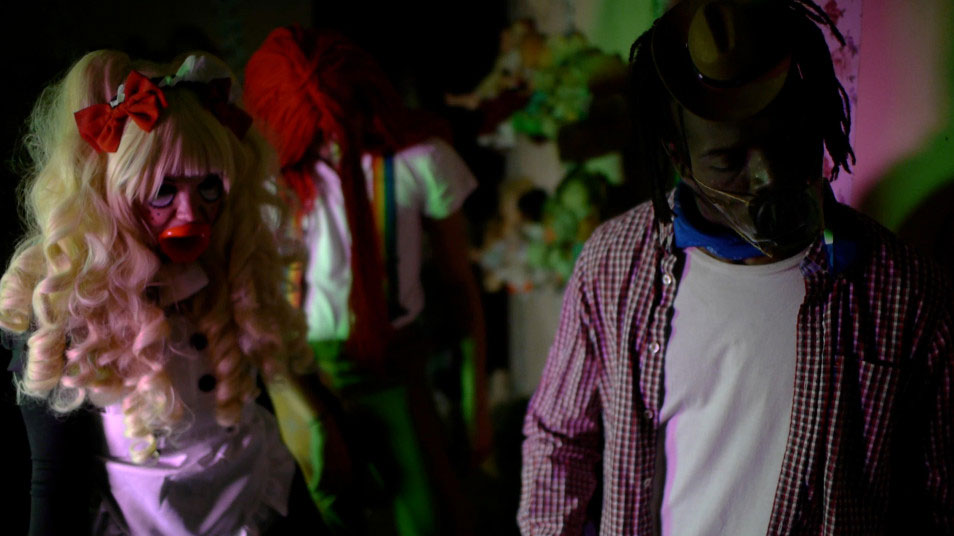 He’s the one-man audience to Simon’s group of misfits — “dolls” Simon has created to ease his loneliness. As he lovingly transforms a stranger into “Merilee,” we can see that Simon is visibly unhinged, dressed as a baby with a full face of make-up, complete with a drawn on curl of hair (my favorite).

Simon’s upset by Benji’s obvious distrust of him and disdain for his collection of “friends,” and ddoesn’t appreciate Benji not being as excited as he is about his creations. When Benji voices his desire to leave, it sets Simon off. We see just how deranged this sad, lonely man really is as he unravels, destroying that which makes him the happiest.

It is gooey and slimy; there were a few times I said out loud, “Blech.” And I loved every minute of it. 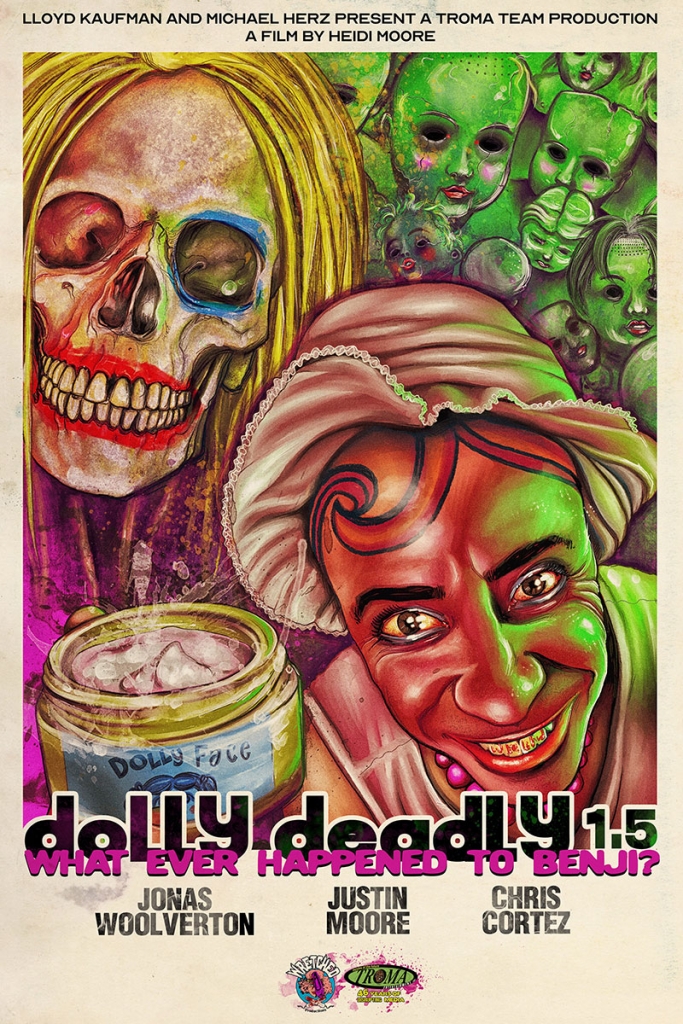 It takes a lot to make me go “Ew,” and Moore has succeeded once again.

It’s also beautifully made, which makes it even more unsettling and uncomfortable. Moore’s talent has grown since Dolly Deadly, which was her first feature-length film, and I am even more excited than before for Kill Dolly Kill, as well as whatever else this maven of horror has up her sleeve for us in the future.

Be sure to catch Dolly Deadly 1.5 : Whatever Happened to Benji? The short is currently available to stream on Troma Now.