It’s no secret that we at Morbidly Beautiful are huge fans of the delightfully twisted indie horror comedy Dolly Deadly and the incredibly talented woman behind the film, Heidi Moore of Wretched Productions. As children of the 80s and 90s and film history buffs, we’re also madly in love with the physical media of days gone by and avid supporters of our wonderful friends at Magnetic Magic Rentals. Thus, we were overjoyed to hear of the new collaboration between two of our absolute favorites. 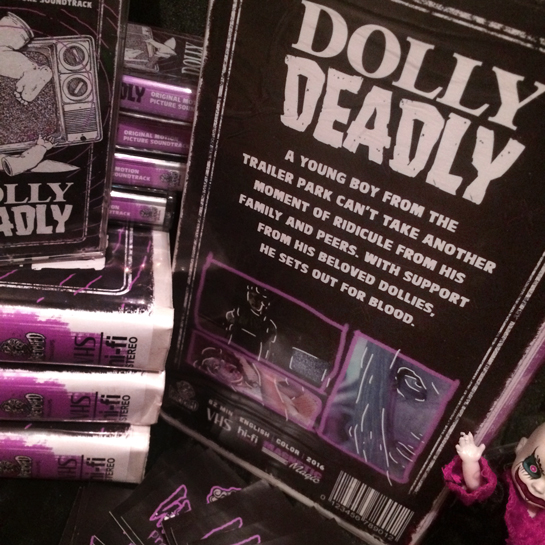 Thanks to Magnetic Magic Rentals, Dolly Deadly is coming to VHS and audio cassette. Each VHS release comes housed in a White Clamshell with Black tape, with two Glow in the Dark Variant Case copies randomly inserted into the mix. The VHS release also has plenty of bonus features included at the end, so don’t be so fast to eject once the credits roll! Each OST Cassette release comes housed in a clear case with a full color J-Card insert (Full tracklist can be found here). Each VHS / Cassette purchase also includes an 11×17 mini-poster featuring the original release cover art by Magnetic’s own Elijah LaFollette.

“We are so fucking stoked to be partnered up with Heidi Moore of Wretched Productions to bring this movie to the magnetic format, tracking lines and all,” explains LaFollette. “Heidi has really pushed the envelope in the indie genre with this film and every moment of it is fun to watch, as it really has something for everyone to walk away with.” 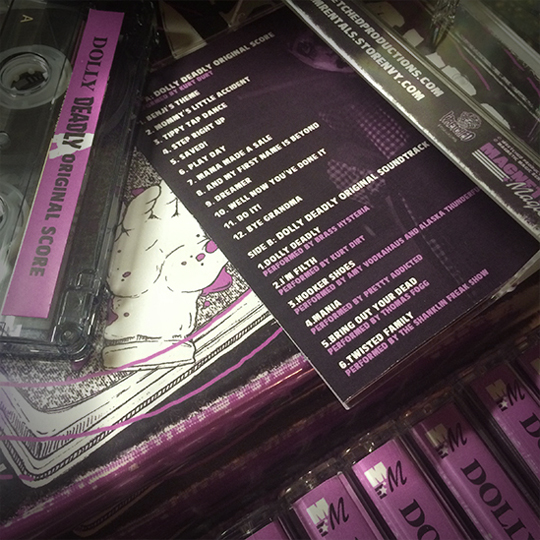 Magnetic Magic releases never fail to disappoint, and we couldn’t be more excited to see one of the best indie films of 2016 get the VHS treatment. 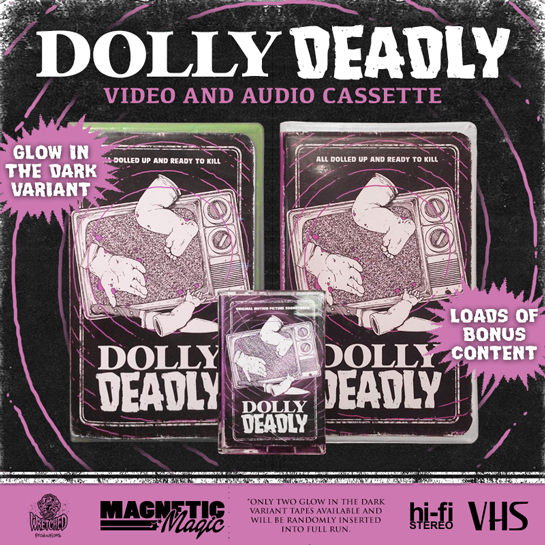 A young parentless boy named Benji, who was born on a Chevron restroom floor, is forced to live with fly swattin’, too drunk to function grandparents, who reek of repugnant scabie repellant & have a collection of cereal bowls that say “cool whip” on the side. Benji, however, has a keen collection of dolls that keep him company; he freely dances & shuffles about, with them as his audience. Abused by his booze-addled goatropin’ grandparents & bullied by the local shit-heeled trailer park hooligan, a malnourished Benji goes bonkers, slaying all subhumanoid slime in what one film critic called “a vile vortex of cinematic sewage, grindhouse to the core, sucking you into this wretched world of trailer park dystopia, so leave your kids & morals at the door & bring your barf bags.”