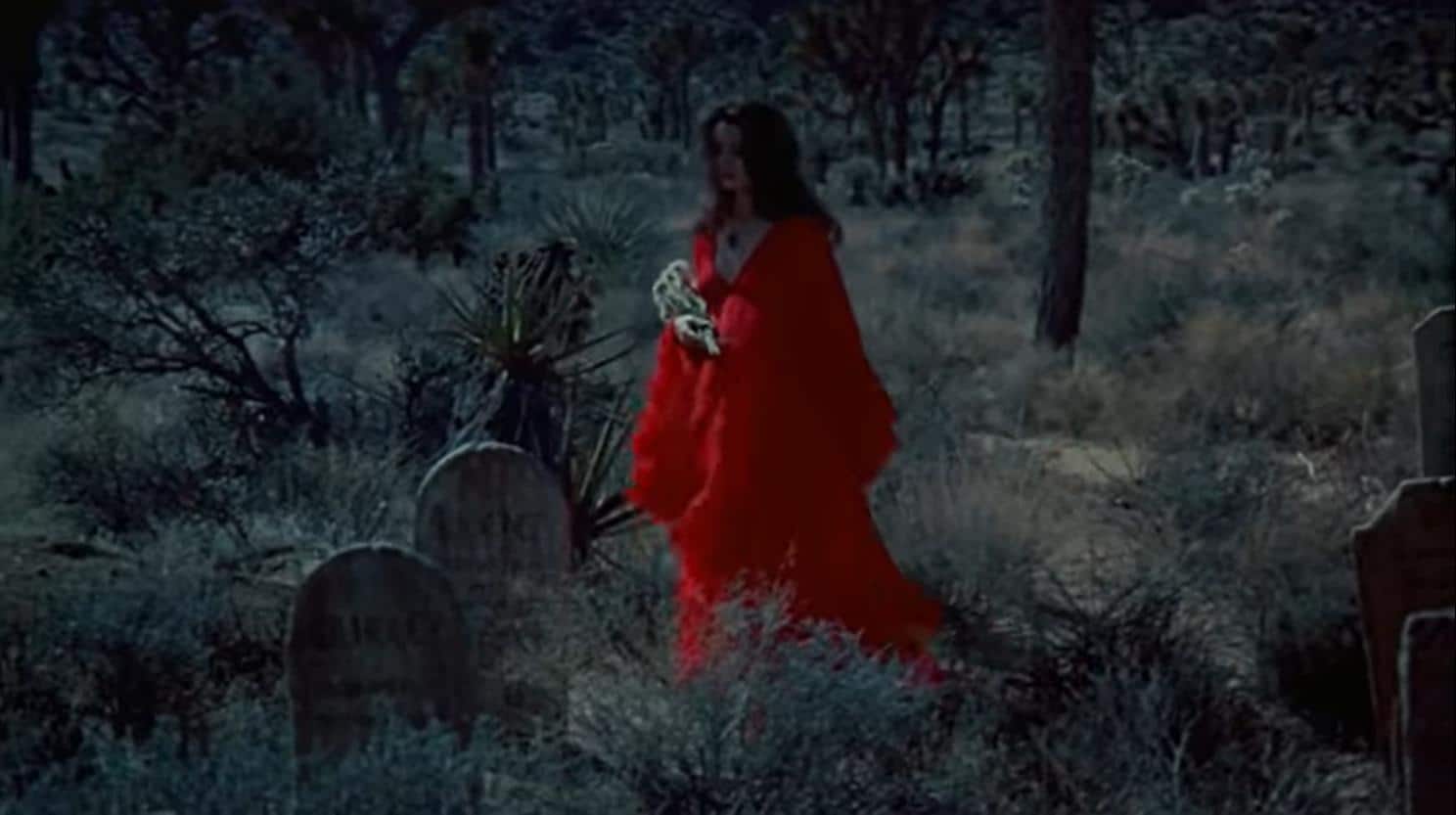 Lesbian vampire films may be stories about women, but they have predominantly been told by (and often for) men. Women behind the camera are few and far between. More lesbian vampire films have been made by women in the last decade than in the entire 20th Century – and you can still count them on one hand.

The fact that most of these films are made by men doesn’t devalue them, but it does make those few that are made by women feel a little extra special. And in the lesbian vampire boom of the early 1970s, one film is extra special: The Velvet Vampire (1971), directed by Stephanie Rothman.

Rothman was a progeny of Roger Corman, the undisputed king of b-movies who gave many young filmmakers and actors their start in the 1960s. However, unlike some of Corman’s more famous pupils like Francis Ford Coppola, Rothman was never able to break out of low budget films and into the mainstream (I wonder why). She left filmmaking altogether in the mid-70s, leaving behind a small but interesting catalog.

Rothman used the transgressive nature of exploitation films to weave subtle social commentary into her pulpy narratives, and The Velvet Vampire in particular is known for its feminist subtext. 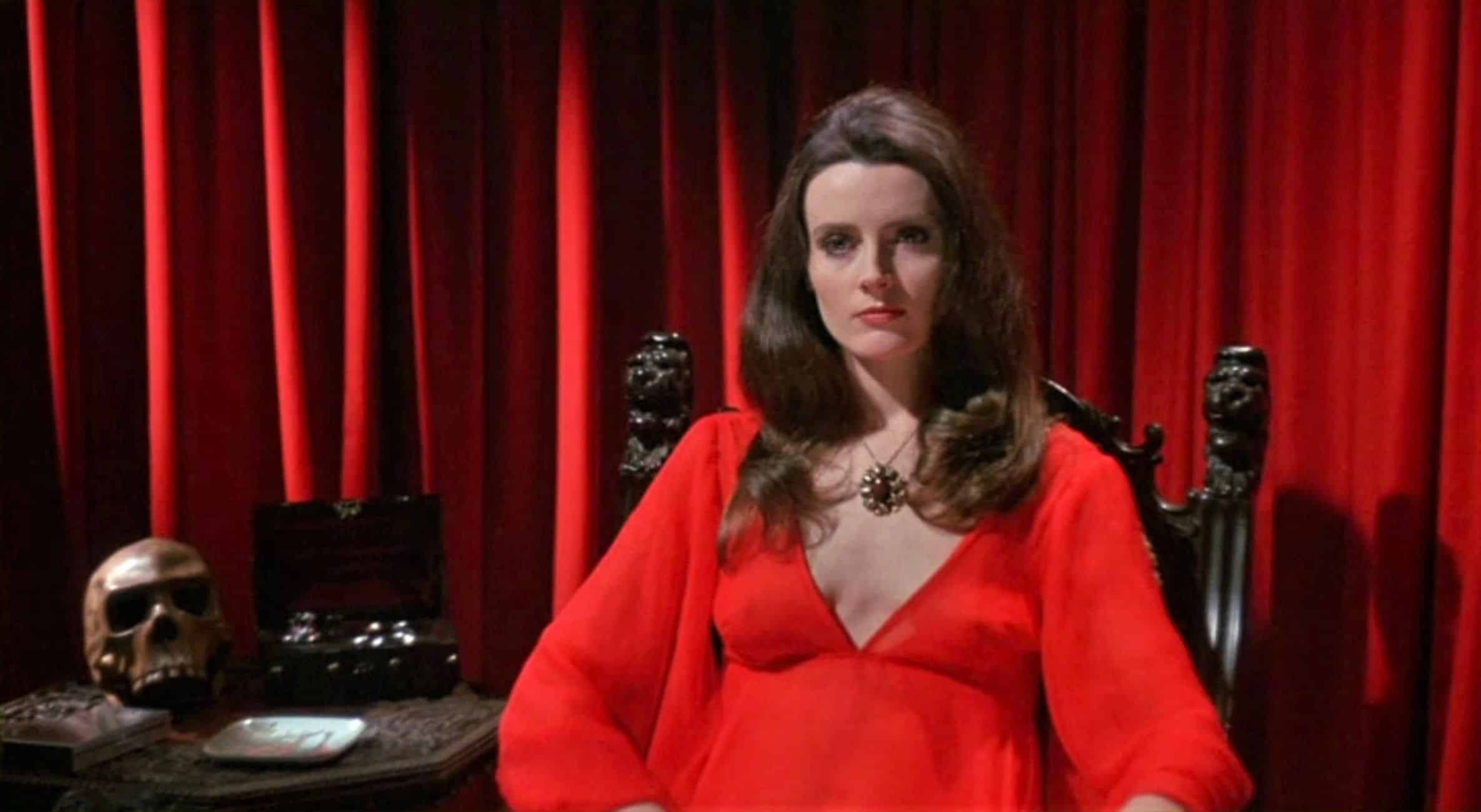 The film opens with a woman walking alone at night – the number one no-no of being a woman. A biker attacks and attempts to rape her, but she stabs him without even batting an eye. He becomes her supper. She then calmly washes her hands in a nearby fountain, checks her makeup, and carries on with her evening.

This woman is Diane LeFanu (played by the stunning Celeste Yarnall). She isn’t afraid of the monsters that lurk in the shadows. They should be afraid of her.

Our perspective then shifts to Lee and Susan Ritter, an attractive but frankly bland hippie couple. A mutual friend introduces the couple to Diane, who invites them to visit her at her secluded home in the desert. She tells them cheekily, “I’d love to have you both.”

A brief etymological sidenote: the term “lesbian vampire” is used to describe films that feature a queer or queer-coded woman vampire. Her relationship with another woman is usually at the forefront of the narrative. In 99% of cases, we have no way of knowing how these characters would identify themselves, and using the “lesbian vampire” descriptor is not meant to imply that all of these characters are lesbians. Some of them do indeed have relationships with men as well as women. Consider perhaps the most famous example, Miriam Blaylock in The Hunger.

Diane is another vampire who has relationships with men and women. She was married and still pines for her husband over a century after his death. And for the first half of the film, the primary target of her seduction is Lee. The two flirt openly in front of Susan, take every opportunity to be alone together, and eventually have sex on Diane’s living room floor. And the prophetic dreams that Lee and Susan both have seem to tell them what they both already suspect: Diane wants Lee.

These dreams are a cipher for Diane’s motivations, each one longer and more revealing than the last, until we eventually discover that things are not quite what they seem.

Like the plot of the film, they appear pretty straightforward at first: Diane steals Lee right out of his wife’s arms. But that’s only half of the story and the final, full dream finds Lee standing alone in the desert, with Diane taking his place in bed with Susan.

While Diane’s most overt advances are directed at Lee, she takes a more subtle approach with Susan.

Frankly, she goes after Lee first because he’s the low hanging fruit – he starts drooling over her the moment they meet, and Diane doesn’t have to do much of anything to get him where she wants him. Susan is a little harder to crack. At first she resents how easily Lee rolls over for Diane, but she’s soon falling under her spell as well.

Ironically, as soon Susan becomes receptive to Diane’s advances, Lee begins to suspect there’s something sinister about their hostess and wants to leave.