In our new series exploring the best of lesbian vampire films, we discuss the iconic “Vampyres” — a film light on substance but heavy on sex appeal. 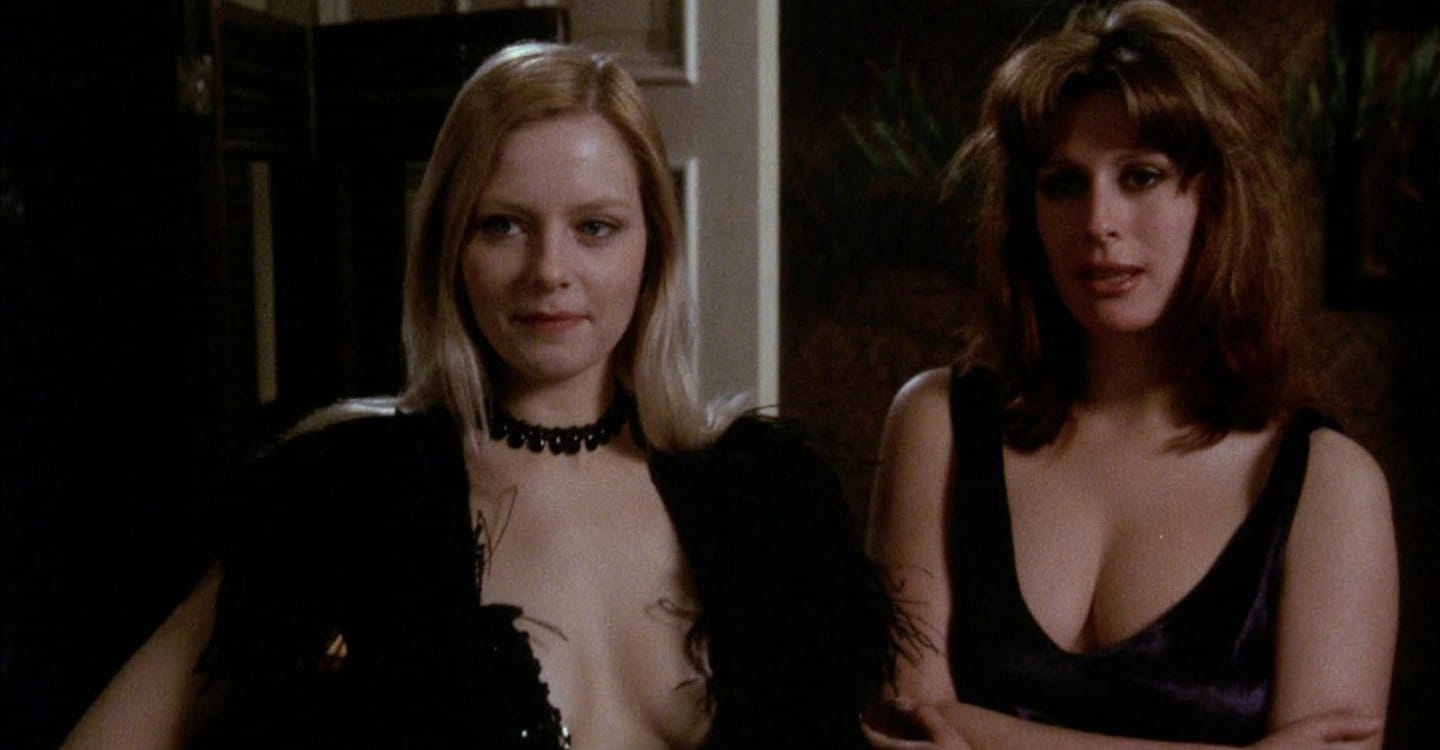 New year, new name, same old me. Sapphic Sunday is now Dracula’s Daughters, which is all about (you guessed it) my very favorite topic: lesbian vampires. Instead of constantly, consciously trying not to inundate the column with vampire films, I decided to rebrand and make it exclusively about vampire films. Be the change you want to see in the world, folks.

We’re kicking off the new column with a cult classic from the golden age of lesbian vampires, José Ramón Larraz’s 1974 film “Vampyres”. It’s got everything: sex, blood, a flimsy plot, and a pair of gorgeous vampires roaming the countryside in search of men to devour.

The film opens with the murder of two women having sex in what we assume to be their home. This is not referenced again until the end — like, the literal last two minutes of the film.

Instead of a murder mystery, what unfolds after the death of these women is a somewhat disjointed chain of events involving people who are simply in the wrong place at the wrong time. 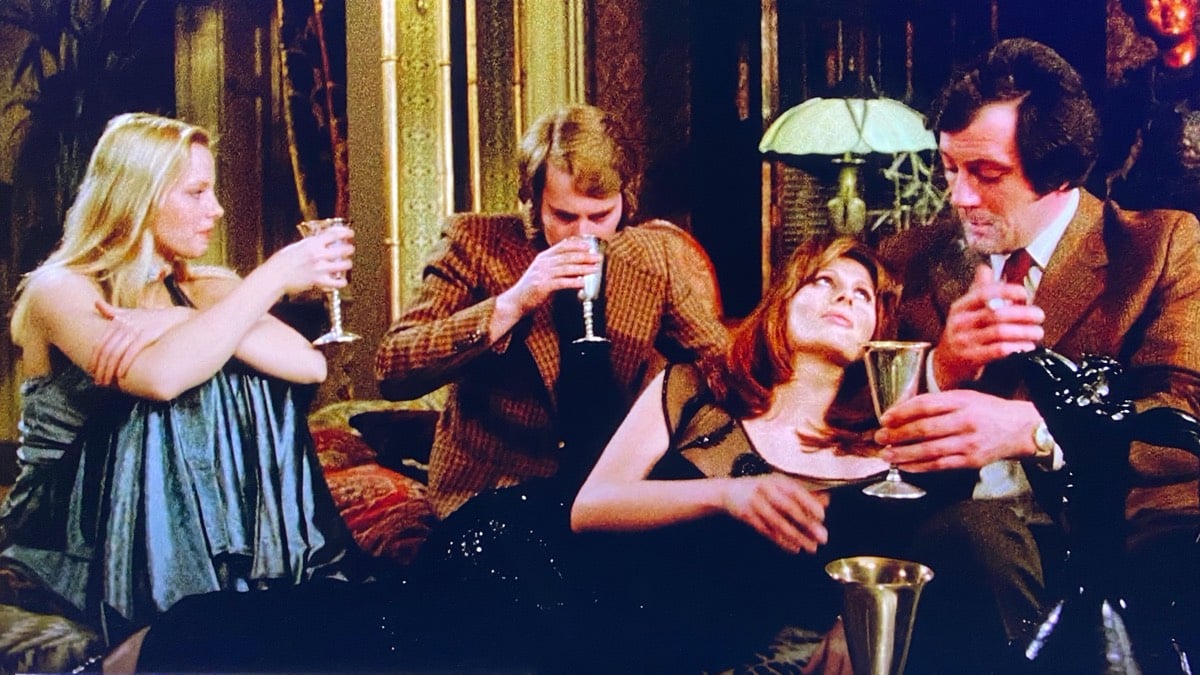 A shady Englishman checks into a hotel where the concierge recognizes him from years before. This fellow, Ted, insists that the old man is mistaken, a classic setup that lets us know this dude is not to be trusted. A traveling couple, John and Harriet, park their camper in the woods near a spooky old house that they assume to be abandoned.

Along the way, they spot two women — the ones we just saw get brutally murdered — hovering near the side of the highway. Ted happens upon the women too, and one of them, Fran, flags him down for a ride. He drives her home to the not-so-abandoned old house and comes in for wine and sex. The next morning, he wakes up alone, disoriented, and bleeding from a cut on his arm.

Little does Ted know that he isn’t the first man to pick up Fran or her girlfriend Miriam from the highway — and he won’t be the last. Pretty soon the bodies are piling up, and Ted falls completely under Fran’s spell while Harriet becomes obsessed with the mysterious house, the women who live in it, and the strange things that happen there. But by the time either of them grasp just how deadly Fran and Miriam are, it’s too late.

On the surface, Vampyres might appear indistinguishable from most standard exploitation/horrorotica fare. 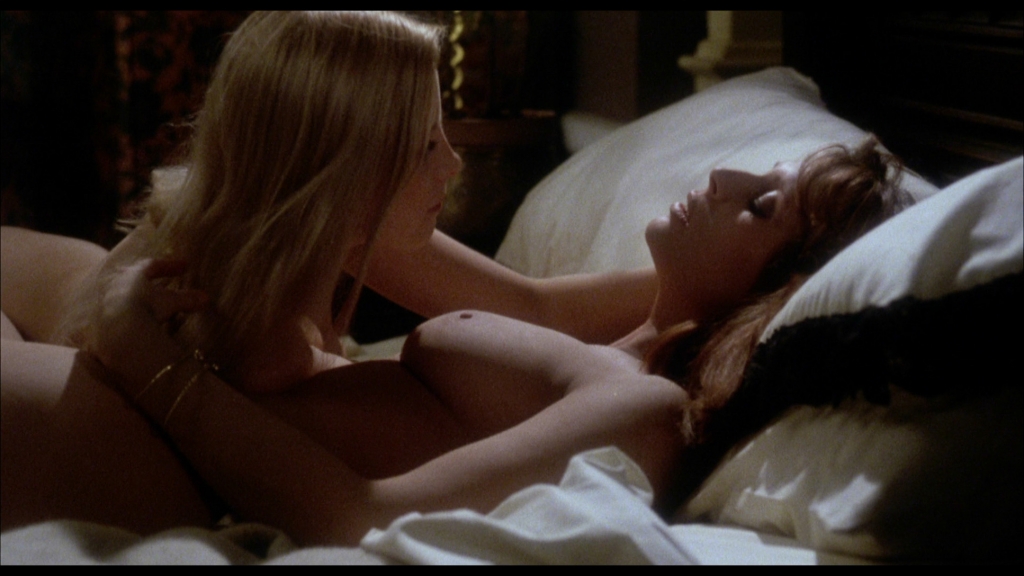 A couple of beautiful women lure men to their home to enact long, poorly-acted sex scenes, after which the women gleefully murder the men and drink their blood. There’s a lot of nudity, there’s a lot of blood, there’s a lot of plot holes. And there’s nothing wrong with that; I wouldn’t be writing this if I didn’t actively enjoy movies with lots of blood, nudity, and plot holes.

But what makes this otherwise threadbare narrative particularly interesting is Fran and Miriam’s murder, and the last minute reveal that finally ties it to the rest of the story. For most of the film, the opening scene seems almost forgotten, out of place, and we’re left to wonder how we got from point A (Fran and Miriam are murdered) to point B (Fran and Miriam are vampires).

But in the film’s final moments — just when we think Ted has been left for dead while Fran and Miriam retreat from the daylight — Ted wakes up hungover in his car, parked in the driveway of Fran and Miriam’s house.

A real estate agent is showing the house to prospective buyers, who ask about the murder of two women that happened there “some years ago.” As they speculate that “the murderer always returns to the scene of his crime,” we come to understand that Ted is the murderer who has indeed returned to the scene. And everything that happened between the murder scene and now was apparently just a dream, a product of Ted’s guilty conscience or too much booze or a combination of the two. (Or was it?)

We’re not told why Ted killed Fran and Miriam, but the nature of the murder and his imagined punishment at their hands suggest that this was no random act of violence.

It’s not a stretch to infer that the two women were killed simply for existing, for daring to find love in each other’s arms rather than the arms of a man — Ted, specifically. 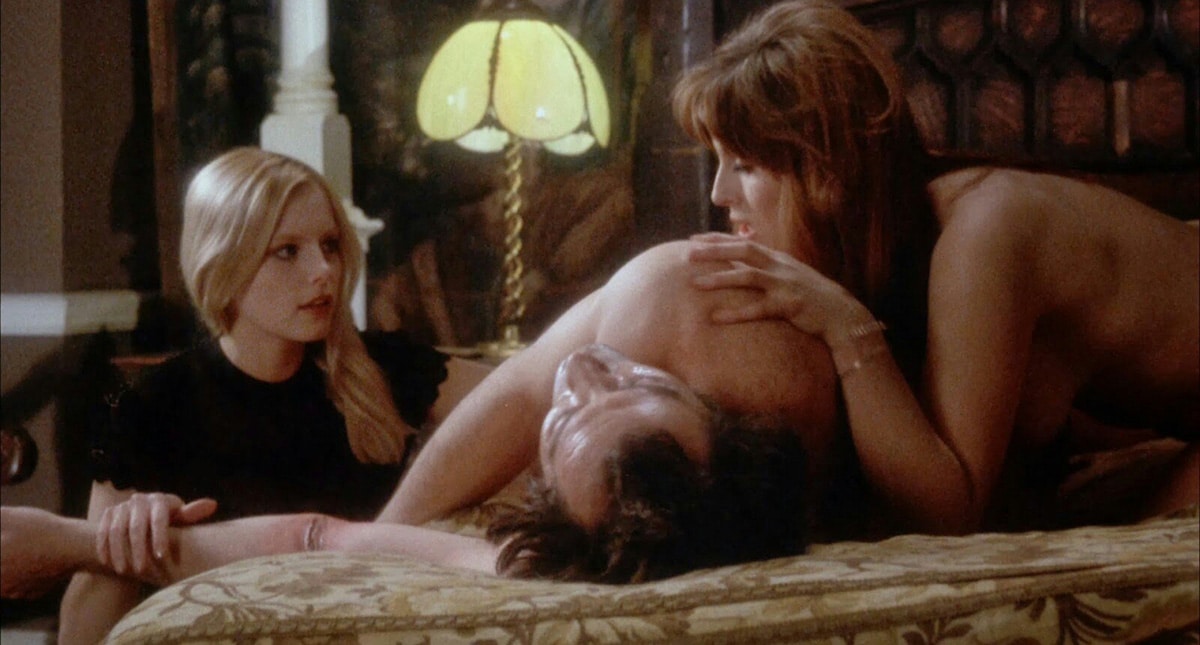 It’s telling that in his guilty fantasy, even as the women take their revenge on him, he still gets what he wants: he gets to have sex with Fran.

And if we’re to believe that the events of the film only happened in Ted’s unconscious mind, then Fran and Miriam’s other victims are projections of himself and his lecherous desires. Ted is all men, and all men share his guilt. The women use men’s perceptions of femininity to bait them, first on the highway, where they play the part of helpless damsels in need of a man’s help, and then in their lair, where they titillate and tempt them. They know exactly what men expect from them the moment they get into the car, and they play into that expectation — then they punish them for it.

Maybe that’s how Fran and Miriam originally crossed paths with Ted; they needed a lift, he thought he was owed something in return, and they denied him.

At any rate, the satisfaction of watching the vampire vigilantes decimate men is somewhat diminished by the implication that it never really happened. The “it was all a dream” variety of twist endings almost always feels like a cop out, and this case is especially disappointing because it means that Fran and Miriam aren’t actually punishing their murderer by slowly draining the life from him and feasting on his blood.

But there’s a level of open-endedness to the film’s closing that lets us wonder if Ted is still being punished after all. In some way, Fran and Miriam are still haunting him and slowly — if not literally — eating him alive.