“Serpent’s Lair” wants to be a sexy, stylish thriller. But this unscary, uninteresting film is heavy on the (unsexy) sex, while lacking any sort of style. 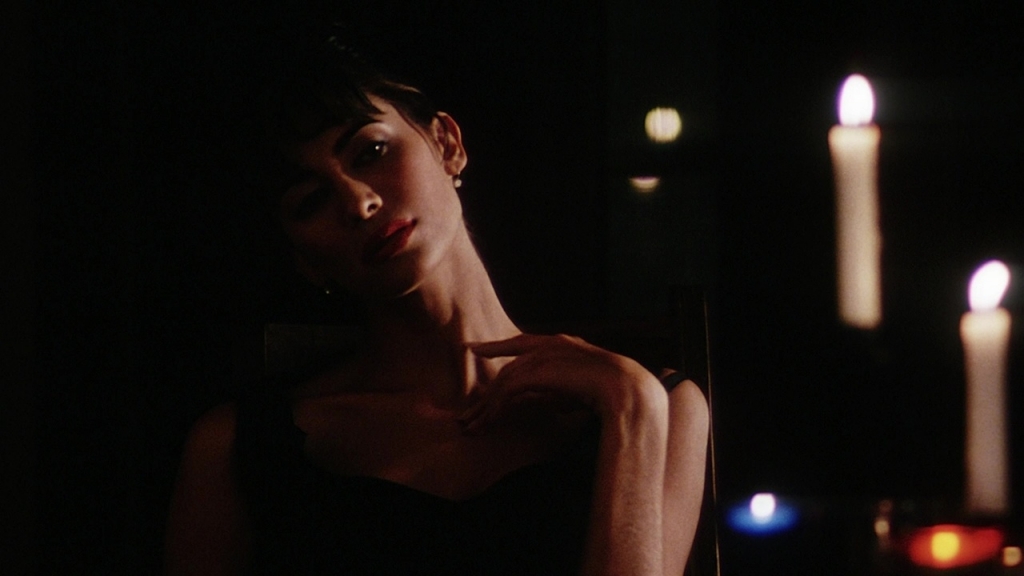 Serpent’s Lair (1995) at the Dumpster Drive-In: My quest to find the best worst movie

Not long after moving into their new apartment, Tom Bennett’s wife Alex suffers an “accidental” fall down the stairs. When she is hospitalized for a sprained ankle (eye roll), Tom (Jeff Fahey) meets Lillith, a woman who claims to be the sister of his apartment’s previous tenant. But Lillith (Lisa Barbuscia) hasn’t come to collect her brother’s things and Tom is forced to plays his part in the age-old story of temptation and lust.

Serpent’s Lair was a tough watch. 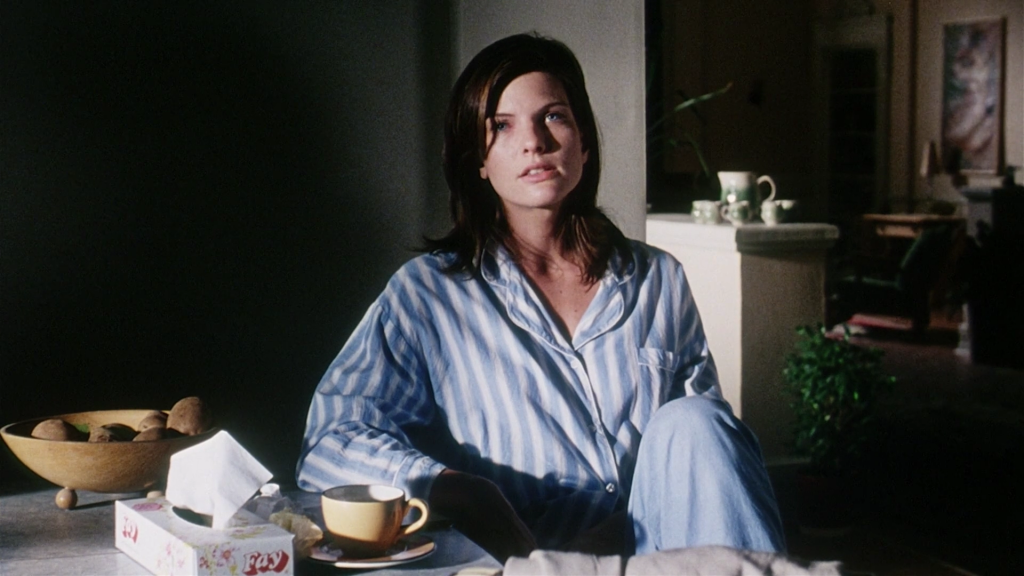 The most shocking aspect of the film is just how boring it is. Yes, I knew going into it that likely fell into the thriller category as opposed to horror. But as the movie progresses, a seasoned horror viewer could easily imagine ways to make it scarier. Take not-at-all-subtly named Lillith. She’s a succubus witch whose motive is to drain men’s life force to produce demon babies. Yet by the time this is revealed, the film has barely fifteen minutes left in it’ run time to explore the plot point.

Show me her demon form, give me a satanic ritual, or pop out a baby for a murderous rampage. The whole movie is like a carrot on a string, and you are the horse being sat upon by the director who is dangling that carrot just out of your reach as you trot toward it.

It amused me throughout the film just how easily the characters believed each other. 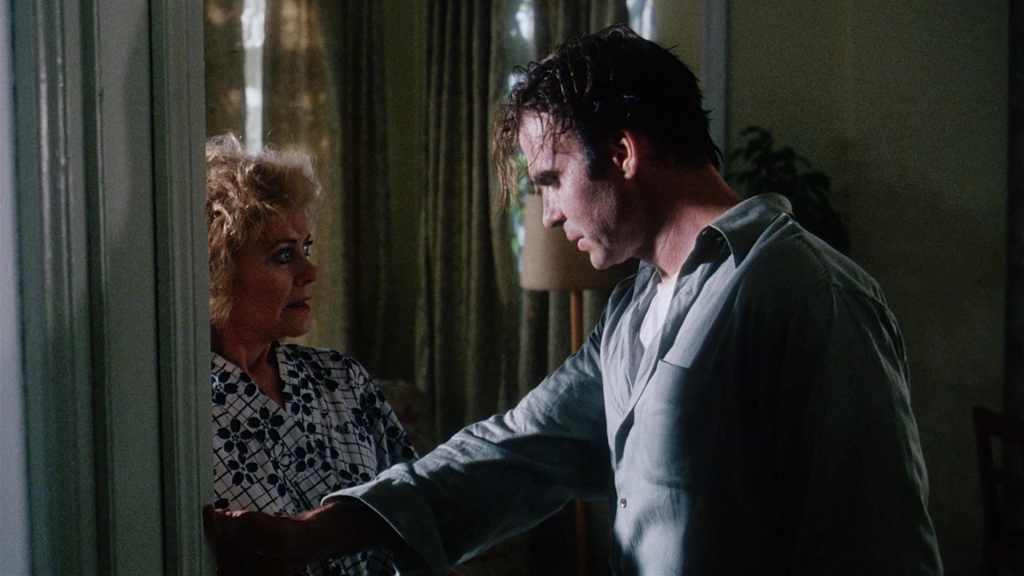 There is a particular scene where Tom is visiting Alex (Heather Medway) in the hospital. She accuses him of not checking on her for a few days and instead spending all his time with a very beautiful woman. He responds “in order of the accusations” with vague excuses that would beg some doubt from his wife. Yet she just rolls over and forgives him, equating her anger to just “going a little stir-crazy.”

Alternately, as Tom spirals down the sex rabbit hole with Lillith, she convinces him to do things with unimaginative logic. Tom says he can’t. She responds with, “You can.” He says he doesn’t want to. She says, “You do.” I’ve reached my limit.” There are no limits.” 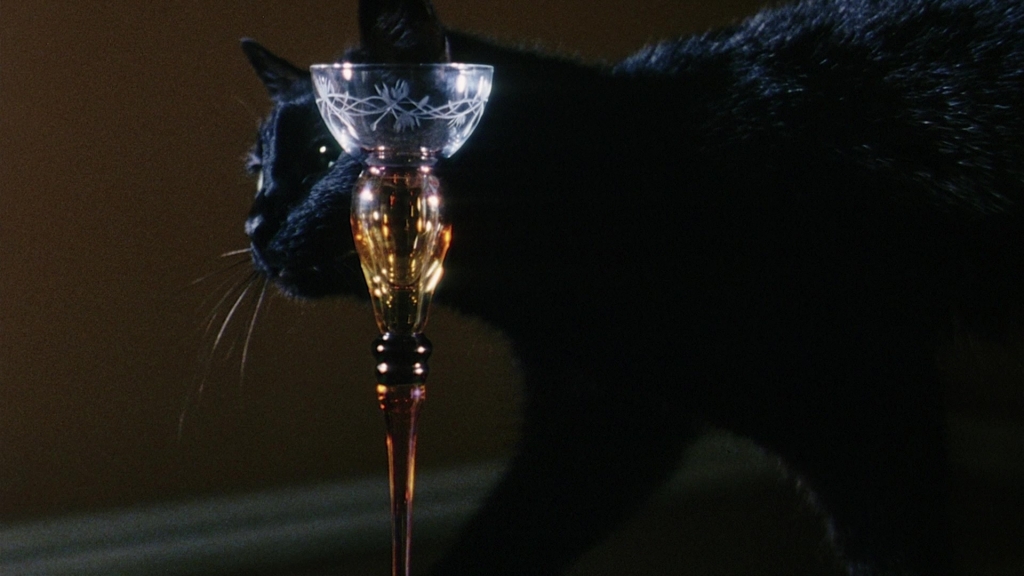 Each basic exchange followed by a fully clothed sex scene that’s the kind of thing a thirteen year old would watch late at night thinking it was the hottest shit ever.

Even the way the movie is shot didn’t sit well with me. Tom’s eventual hysteria over the amount of sex he’s having would have benefitted greatly from the sweeping camera work found in Italian flicks like Suspiria or Stage Fright.

A technique like that would have added to his madness — making the viewer uncomfortable. This in turn could have put them into the character’s shoes and helped bring them into the experience. But instead, we are given basic panning shots of Tom running around just looking tired like he needs some sleep. 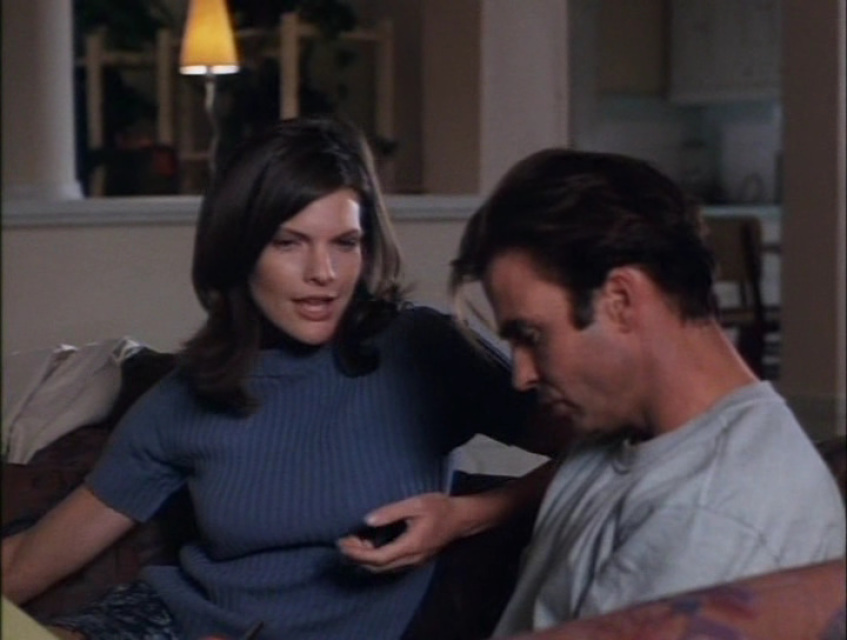 Hardly original and nothing more then an hour of boring sex scenes and a rushed ending, Serpent’s Lair get’s a “probably don’t waste your time” from me.

However, if you’re into seeing a Gordon-Gecko-wanna-be Jeff Fahey get dry humped all over town until he just can’t take it, you can stream Serpent’s Lair now on Amazon Prime.