The director of Big Ass Spider decides that the only thing better would be a movie about lava-spewing tarantulas in this creepy crawly showdown. 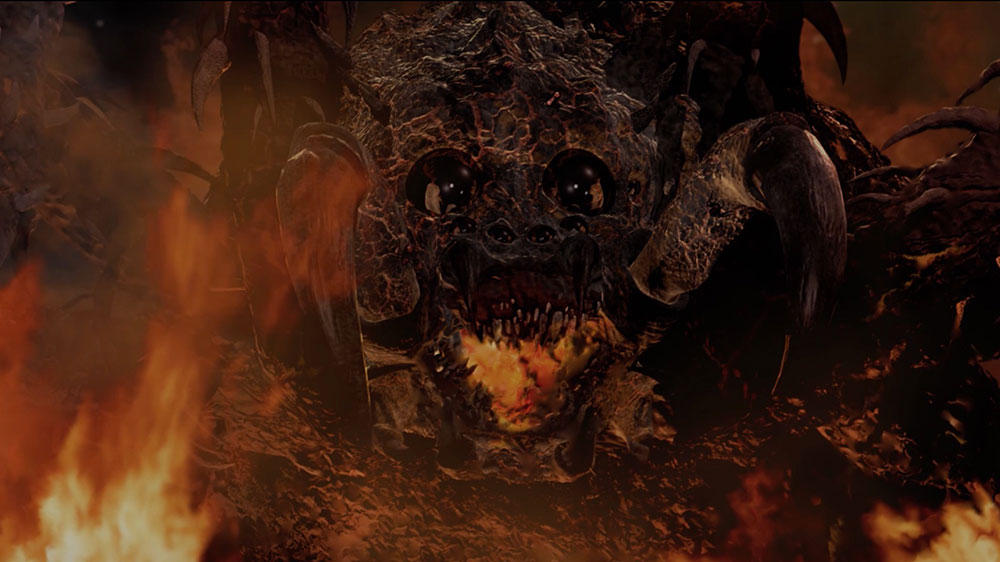 Lavalantula at the Dumpster Drive-In: My quest to find the best worst movie

Colton West is every has been action hero trying to maintain his fading Hollywood career. He’s never quite been able for recreate the magic of his famed superhero movie Red Rocket and hasn’t done the best job of staying out of the tabloids. When his current film endeavor holds him a mere four hours over time, he reaches his breaking point and storms off set. Little does Colton (Steve Guttenberg) know, his day is about to go to hell.

Racing home as fast as LA traffic will allow, Colton is trying to explain to his wife Olivia (Nia Peebles) that it’s not his fault he’s late (yet again) to spend time with their son Wyatt. Fed up with being let down again, Wyatt (Noah Hunt) decides to ride his bike into the city to meet up with friends. Traffic is at a stand still as Colton laments his own shortcomings. Suddenly the ground shakes, a relatively normal occurrence in California, but this time the Hollywood hills erupt in flames, blasting smoke and lava high into the air. Panicked commuters exit their vehicles in shock only to be set upon by horrible, fiery spider creatures emerging from the eruption.

What follows is a relatively entertaining monster flick that certainly has its moments but ultimately doesn’t have a leg to stand on, much less eight.

Colton is determined to rescue his family as lava pits and angry hell-spiders appear all over Los Angeles. Along the way he is forced into acts of real heroism even he didn’t know he was capable of and teams up with his biggest fan Chris (Patrick Renna) and a knock off Captain Jack (Ralph Garman). Together the trio bumbles around the city battling spiders and searching for Olivia and Wyatt.

Lavalantula is trapped in a web right along with flicks like Sharknado (there’s even a brief macho moment with Ian Ziering) and Tsunambee. It’s made for television cheese that may be too sticky for some to swallow. 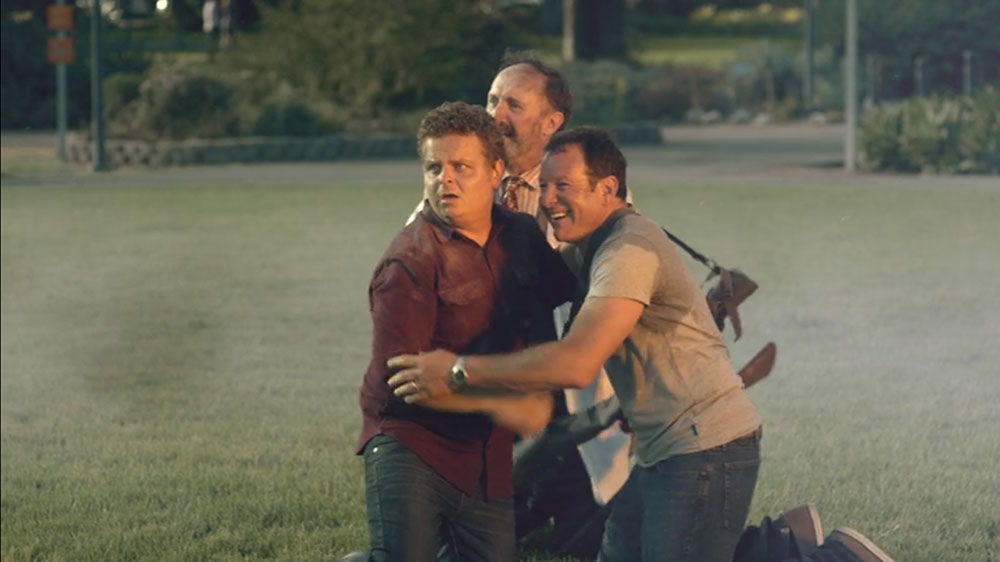 Personally, I enjoyed it. The lame jokes, the laughable CGI (though the spider design is pretty cool) and surprising appearances from horror actors Leigh Whannell and Leslie Easterbrook make it bearable enough to sit through. Guttenberg suitably over acts the entire movie, playing his part with constant panic, while the rest of the cast turns out acceptable performances.

The only thing I didn’t jive with was the over use of Michael Winslow. He’s great, don’t get me wrong, but the beeps, the sweeps and the creeps are better suited for a single scene rather than spread out over the entire third act. 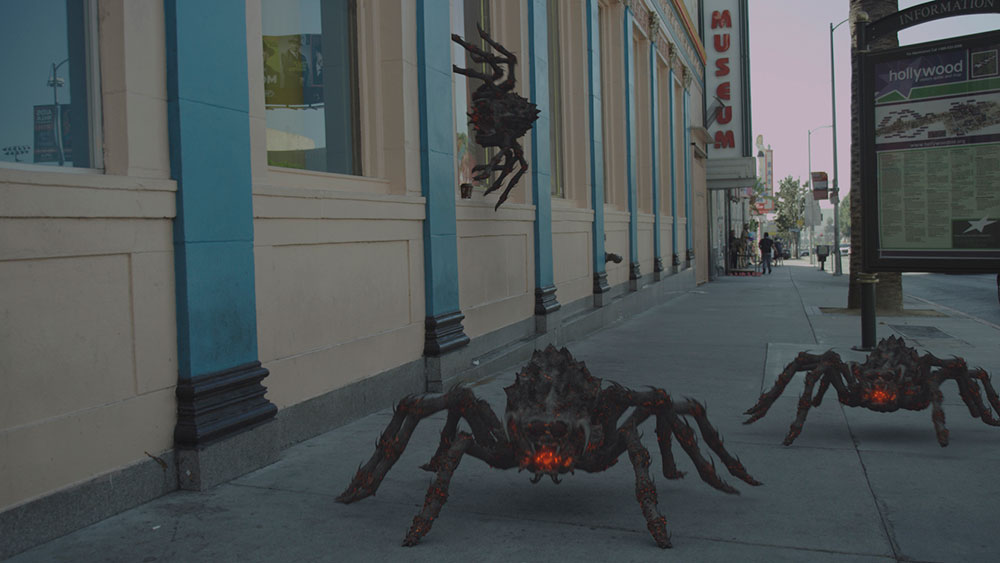 Overall, the movie is deserving of a late night laugh fest with some slaphappy homies. I’d be willing to say that with a bigger budget and maybe some serious thought, it could hold its own with the likes of Rampage or Godzilla (1998), if you’re into that sort of thing.