Emilie Autumn: A Badass Violinist With A Passion For Justice

“It gives me strength to have somebody to fight for; I can never fight for myself, but for others, I can kill.” – Emilie Autumn 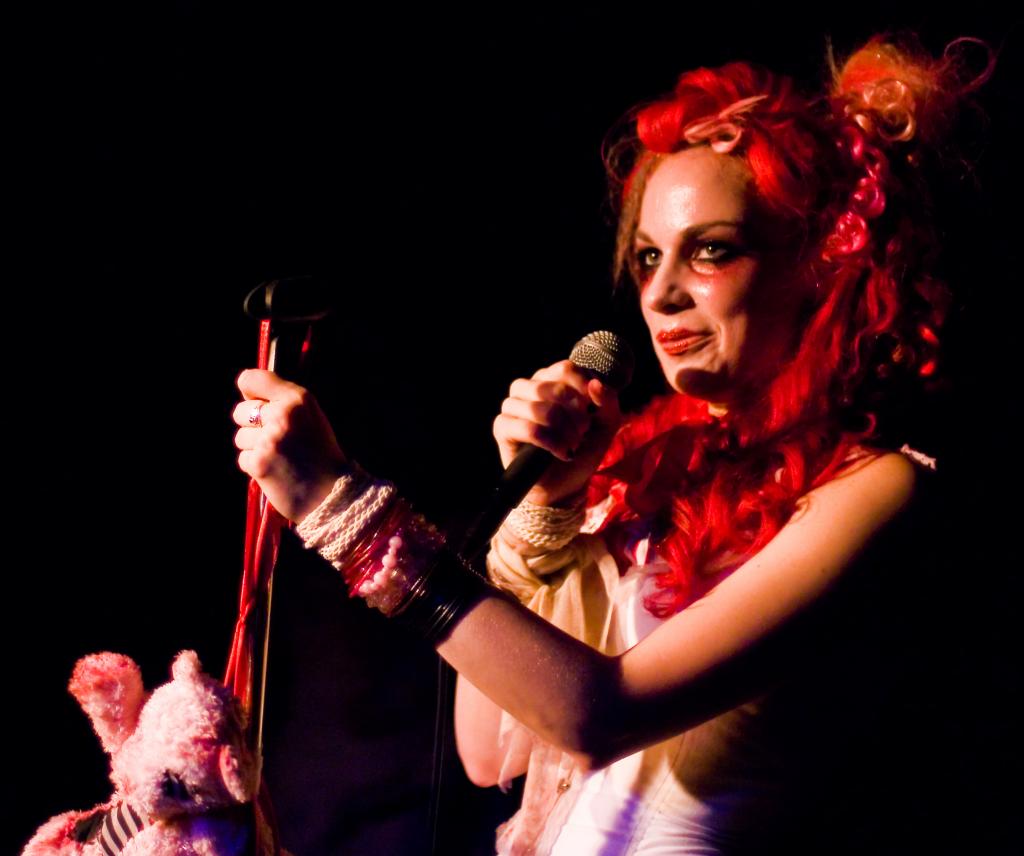 In her early life, Emilie Autumn began to play the violin at the age of four and left her schooling to pursue her career as a professional violinist. She practiced for numerous hours to improve her skill. Being diagnosed with bipolar disorder did not stop her from accomplishing her dreams. If anything, it made her a million times stronger. She began her music career by debuting her classical album On A Day; Music for Violin & Continuo, along with her Enchant album (released in 2003).

Between the years of 2005 through 2009, Emilie graced the world with three album releases, Opheliac, Laced/Unlaced and A Bit O’ This & That. These albums were captivating for their eerie lyrics and gothic themes. While on her Opheliac tour, she would wear gothic lolita/victorian-styled outfits created by herself and members of The Bloody Crumpets, Emilie’s live backup dancers and stunt artists. 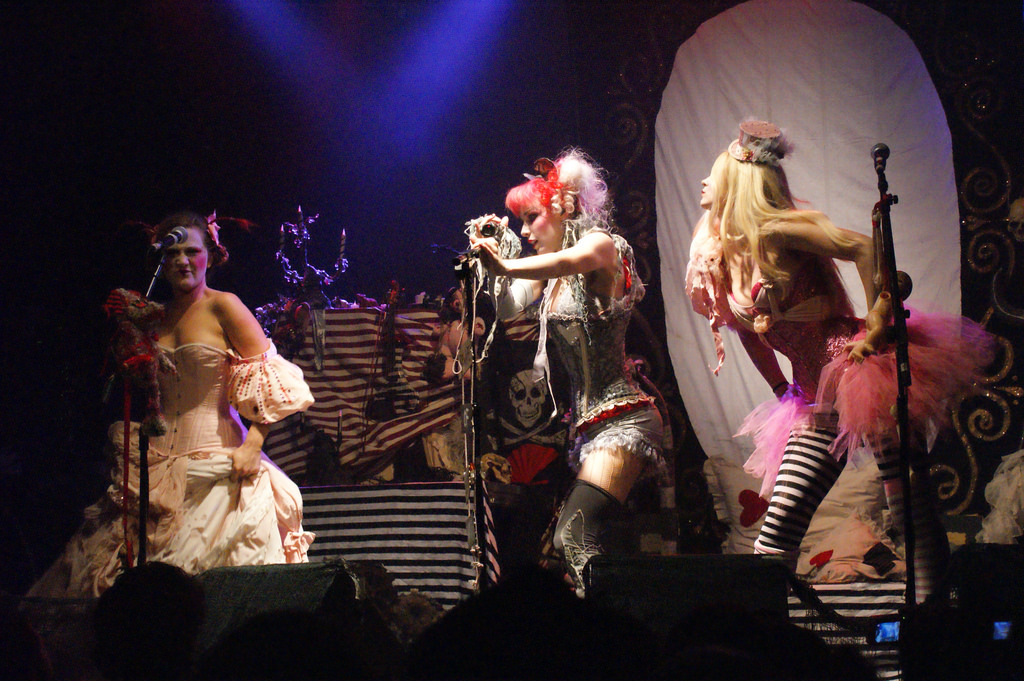 Each of the Crumpets has a special talent, such as playing an instrument or performing acrobatics. Emilie has stated that there are no auditions.The Bloody Crumpets are Lady Joo Hee, Lady Aprella, Little Lucina, Ulorin Vex, Captain Vecona, Amalthea, Little Miss Sugarless, The Blessed Contessa, Captain Maggots and The Naughty Veronica.

It was the release of  Fight Like A Girl in 2012 that really showed Emilie Autumn’s passion for justice regarding women’s rights. The main song converts the modern insult, “you fight like a girl” into an empowering compliment. The album ties into her book The Asylum For Wayward Victorian Girls. This incredible piece of literature is an autobiographical/psychological thriller that connects modern day Emilie with victorian era Emil(y). They both have the same goal: to seek vengeance towards their doctor.

She also released an audiobook, which she recorded herself, that goes along with her brand new ebook release. The ebook holds new treasure hunts, sneak peaks of songs for The Asylum Musical and so much more! If you are interested in finding more information about this exciting book, give The Asylum Emporium a visit. All sales are donated to organizations such as the Feminist Majority Foundation and Planned Parenthood.  As an owner of all three copies, I guarantee you will not regret your purchase.

I had the honor to meet this beautiful woman for the first time back in October 18th, 2015 at an Alleluia! The Devil’s Carnival showing in Los Angeles. In the horror musical directed by Darren Lynn Bousman, Emilie Autumn starred as the Painted Doll and June. Her co stars included Marc Senter, Paul Sorino, and Terrance Zdunich. Words can hardly express the joy I felt meeting her and a new friend of mine that night. It was surreal! Her personality is the greatest, she greeted her plague rats with open arms and a warm smile. 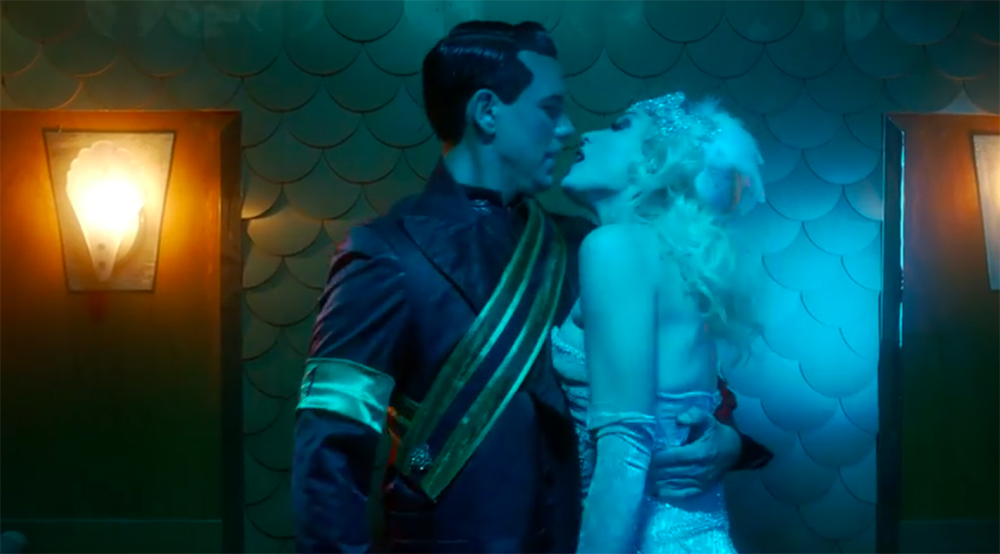 That is what she calls us, her plague rats. It’s more of a family rather than a fan base.

I have met wondrous people through her, and we all help & support one another any way we can. During a recent livestream, Emilie stated “the mission is to be proud of yourself no matter what anyone else says.” It is that type of encouragement that unites us ratties to keep fighting to protect our plague. Our heart is our weapon of war, our voices are our weapons of choice (as Emilie sings in her song F.L.A.G.) 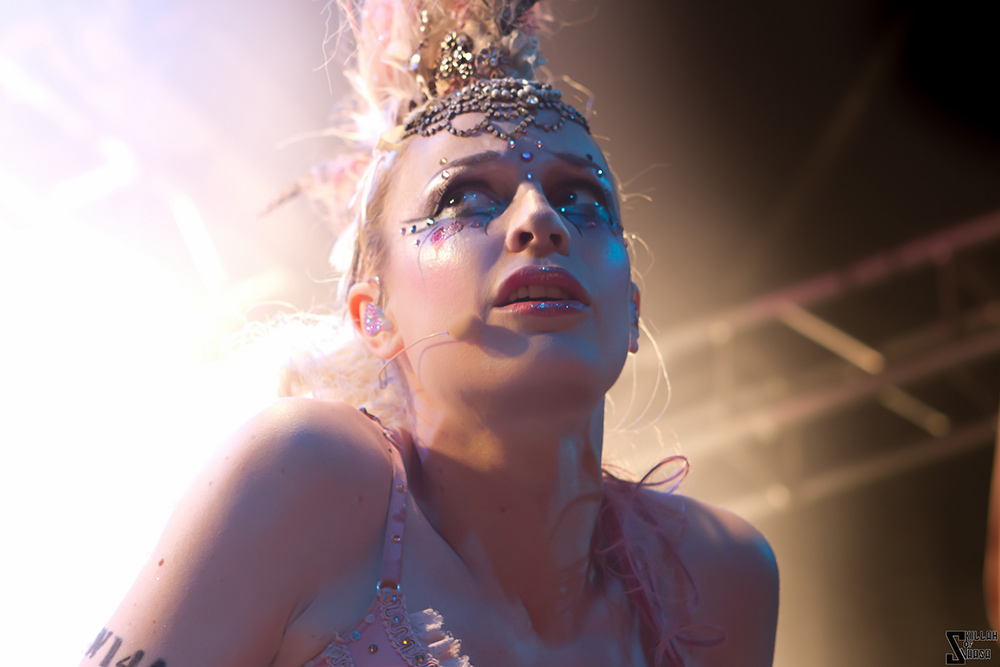 Emilie Autumn’s story has touched the hearts of many. And, to repay her for all  her love and lessons, our number one mission is to spread the plague.

Written by: Tiffany Gonzalez. “I’m a resident in California going to college to pursue my filmmaking career and I love all things horror related.”