Wearing a mask on her face to hide her scars following an acid attack and tormented by the local delinquents, Ella (Lauren Emma Bartlett) is a transgender female who lives in fear for being different. Realizing how bad things are, her best friend Kat (Niamh Hogan) invites Ella on a night out for a few drinks. 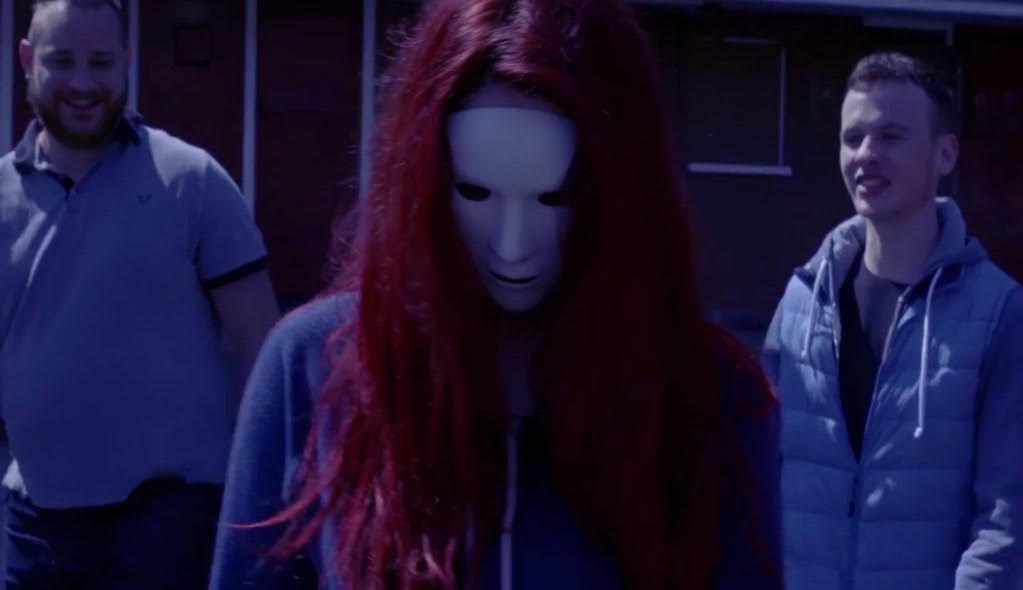 Wounded Ella is an extremely powerful and film and is not designed to be an easy watch. However, when you are dealing with such serious issues — including acid attacks, transgender discrimination and rape — it’s hard to expect anything less than an intense experience.

Wounded Ella is told from the perspective of Ella and her struggle to fit into society. It has a very dark ambience, a reflection of how alone Ella feels. If trying to find acceptance as a transgender woman wasn’t difficult enough, Ella also has a shattered self image due to the scarring of her face following an acid attack. This disfigurations forces her to hide behind a mask. 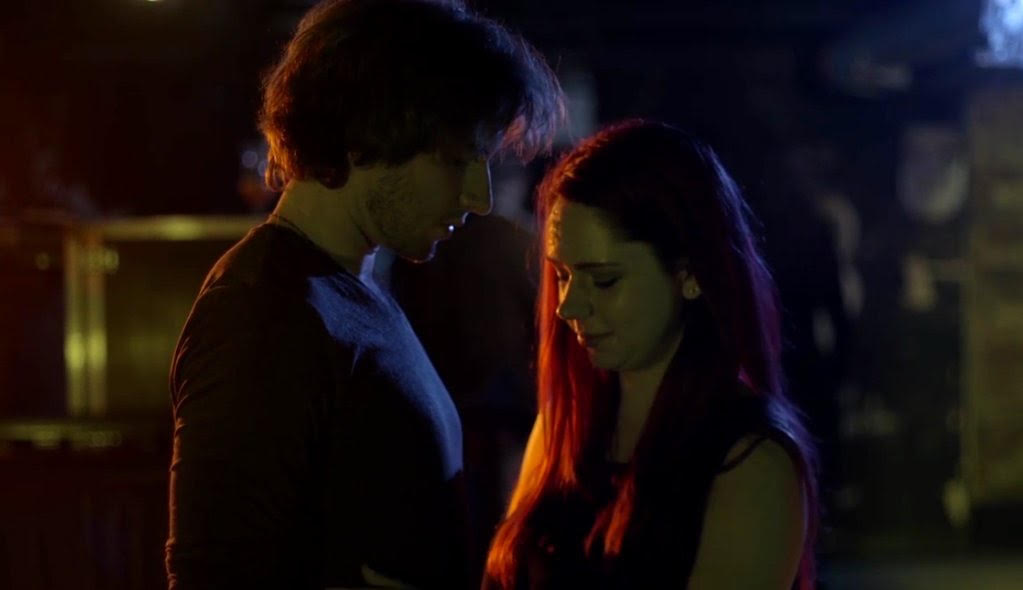 Lauren Emma Bartlett does an excellent job portraying the troubled Ella, and you really feel for her as her character unfolds throughout the film. She’s a fragile figure, now left devoid of any self-confidence. This is a huge contrast to the her days as a model, when we’re first introduced to her at the start of the film.

Niamh Hogan puts in another strong performance as Ella’s best friend, Kat. Although she seems to have the best of intentions, the actions of her character come across as somewhat destructive. In one scene, she tries to persuade Ella to remove her mask while on a night out. Kat describes Ella’s appearance as a “Transvestite Michael Myers”. Even from a friend, words can hurt. In fact, the words of loved ones often hurt the most. 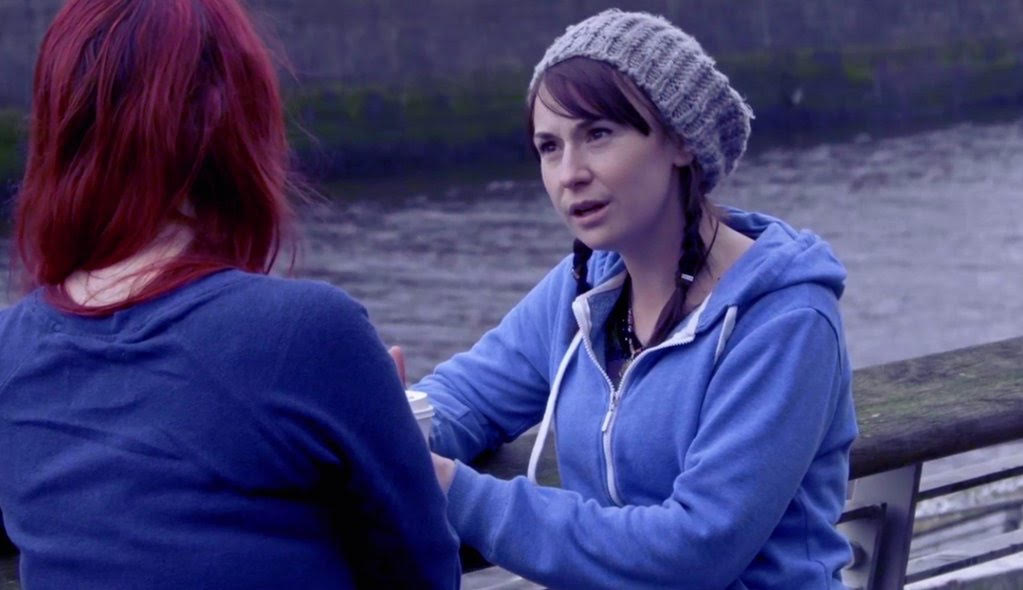 One of the strengths of the film was the incorporation of music and lighting,  which worked really well with various other motifs throughout the film — reflecting Ella’s insecurities and emotions. The haunting music during her lowest moments comes across as confused and distorted, which really helps to captures her inner turmoil.

There are not many moments in Wounded Ella which can be described as serenity, but a scene on the dance floor does a great job capturing that feeling of peace and tranquility. The scene seems to end early, cutting to the next scene with sharp editing. I am not sure if this was done deliberately, but it does seem to reflect the abrupt end to Ella’s brief moment of happiness. 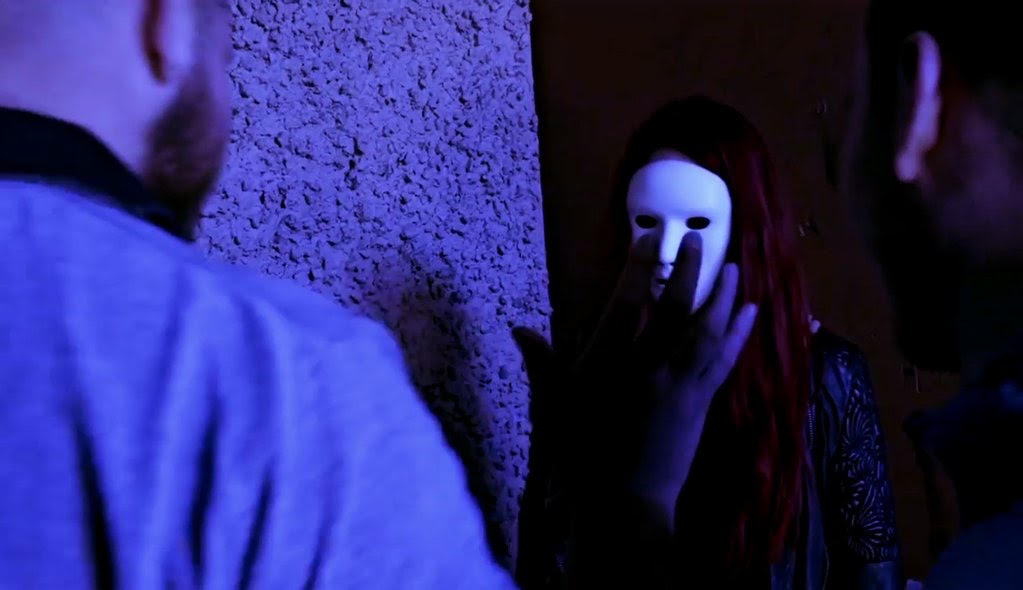 The film will notably be remembered for its controversial and brutal rape scene, involving a screwdriver. The decision to use a screwdriver was a conscious one by the director Zoe Kavanagh. Because the attackers still see Ella as a man, they do not want to personally penetrate her. Thus, they use a screwdriver to replicate the action. The scene is not fully graphic, but it is still uncomfortable to watch, especially as the scene is played in slow motion to make the audience fully endure the moment.

Wounded Ella is a brave film which takes on several taboo subjects, and it’s likely to alienate some audiences and divide opinion. It may not be for everyone. But, with the gritty and raw delivery, it’s a powerful and worthwhile film with an important message to convey.

Written by: Philip Rogers, a lover of all things horror, in varying formats and quality. Sometime known as Toxie’s roommate.