A dark, feminist fairytale take on survival horror, “Hunted” offers a beautiful but brutal twist on Red Riding Hood and the wolf in sheep’s clothing. 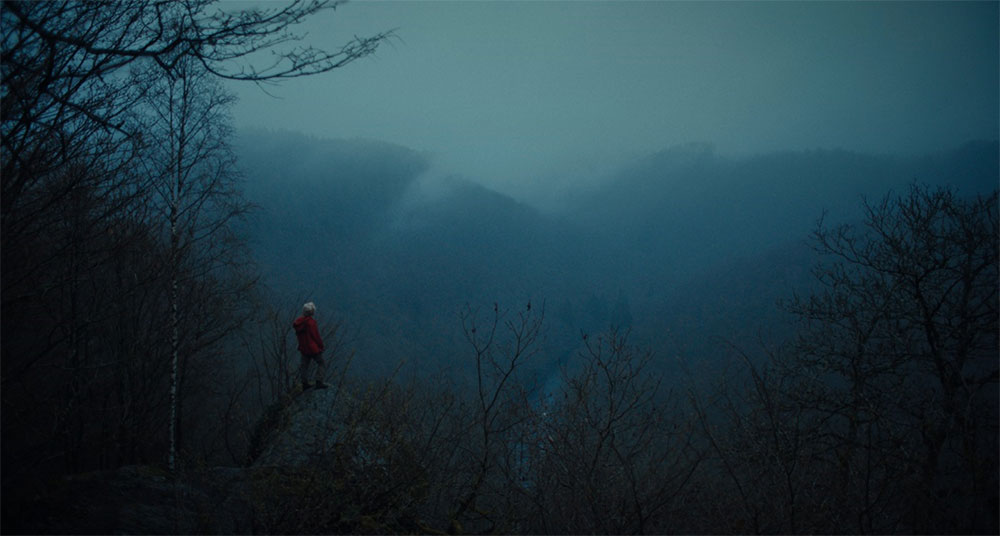 You know the story; woman meets man, man turns out to be a total creep, man chases woman through the woods as he attempts to rape and murder her. While the latest from acclaimed French filmmaker and comic artist Vincent Paronnaud might not unearth anything radically new in the genre, it makes great strides in the way it puts the woman in charge and gives her agency. It also happens to be quite a beautiful film to look at.

Hunted starts out with a history of women, presented as fairytale through colonial silhouettes. The tale is woven by an older woman, who is trying to teach her son about the suffering women have gone through, and that we all must remain vigilant because the patriarchal male is still out there, waiting to strike.

As the intro fades out, we meet our main character, Eve (Lucie Debay). A french woman, adventuring on her own, she is our proverbial red riding hood. After she is bothered by a man at the bar, another man, known only as The Handsome Guy (Arieh Worthalter), comes to her rescue. He’s there with his “brother”, who we’re told is grieving the loss of his girlfriend to cancer. The woman and the handsome guy have instant chemistry, so much so that they soon take it to the backseat of his car.

Soon, however, the brother shows up and turns out instead to be The Accomplice (Ciaran O’Brien). He starts driving to God knows where, while a confused Eve begins to panic. The two men toy with her for a bit, before driving her deep into the dark woods. Fortunately for Eve, the natural world comes to her aid in the form of a wild boar, who causes a car accident that allows her to escape. She rushes further into the woods, relying on nature to protect her. 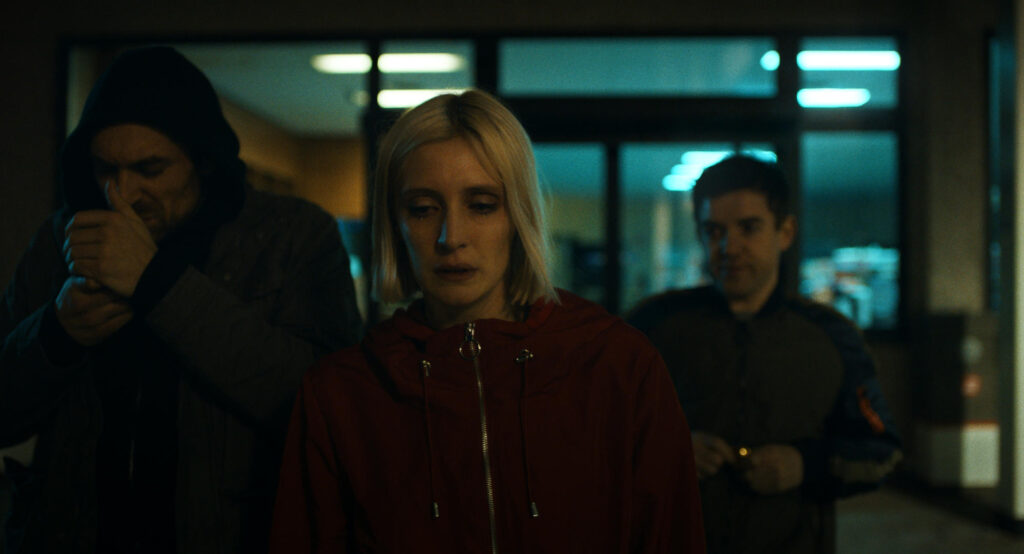 For now, the red riding hood parallel isn’t readily apparent, and we’re simply following a woman through her terrifying ordeal. Female viewers will immediately feel the dread when Eve is first approached in the bar. And they’ll surely feel a heavy weight in their stomachs when the men she’s put her trust in betray her in such an awful way.

The second act in the woods is where the film begins to lose its footing. The film’s big bad wolf doubles down on his violent and depraved attitude to the point that it almost becomes comical. Most of the gore is nestled in this section, and the effects certainly are top notch and gruesome.

However, the murder of another female lead seems to completely uproot the strength of her character. A strong survivalist who believes in being prepared for anything and never letting your guard down falls at the hands of a strange man whom she chooses to trust. It rides the line of cruelty for cruelty’s sake at the expense of the cinematic world we’ve built.

The final act is so over-the-top in its violence that it risks losing its impact.

When Eve decides to fight back against her aggressor, the film leans heavily into its dark fairytale underpinnings. 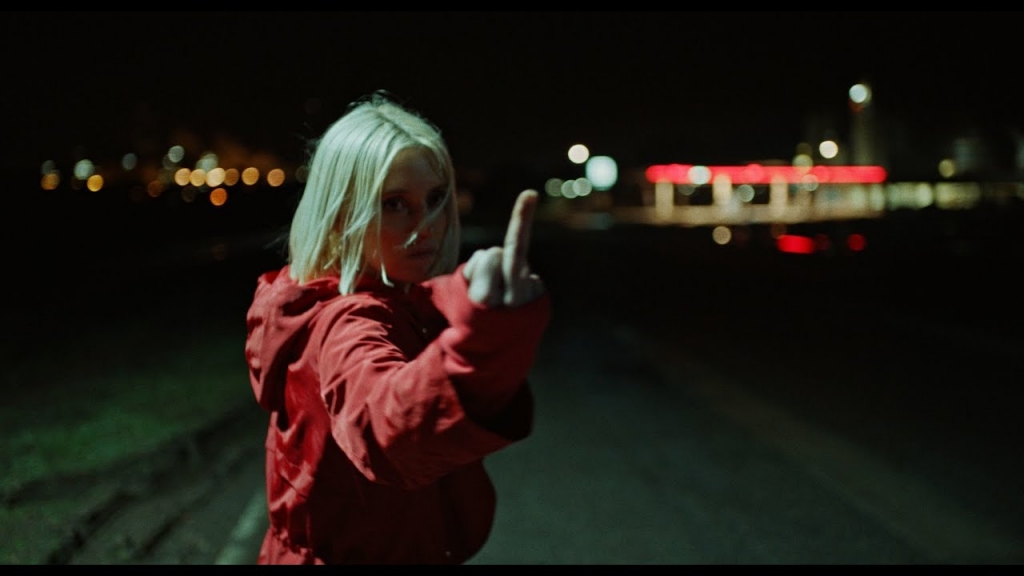 Eve chases the man into a town, and the two end up tussling through an open house event. They brutally fight in front of the people already in the house, who don’t really react at all, until they make their way upstairs for a gruesome fight to the death. The fight choreography is great, and the artistic shots and great lighting are still commendable. But it becomes bogged down with odd, slow motion editing which completely uproots it from the gritty reality we’ve been nested in this whole time.

The metaphor of the lost little girl running from the big bad wolf isn’t new, but it is one that, unfortunately, is easy for women to connect with. And Debay as our heroine is a strong lead, who I definitely rooted for and was consistently impressed by.

But the metaphor alone isn’t strong enough to carry an entire film without a more substantially developed plot. And while our red riding hood does eventually get the revenge you’re hoping for, it isn’t campy enough to be fun or grounded enough to pack a punch.

While the story is muddled, the film is well made. And it’s often thrilling to watch. But I would have appreciated a deeper exploration of the film’s compelling themes.

Shudder recently announced it has acquired all rights to Hunted in the US, Canada, UK, Ireland, Australia and New Zealand.