Though it delivers far more sadness than scares, “Sanzaru” is a quiet, emotionally affecting and haunting tale elevated by exceptional performances. 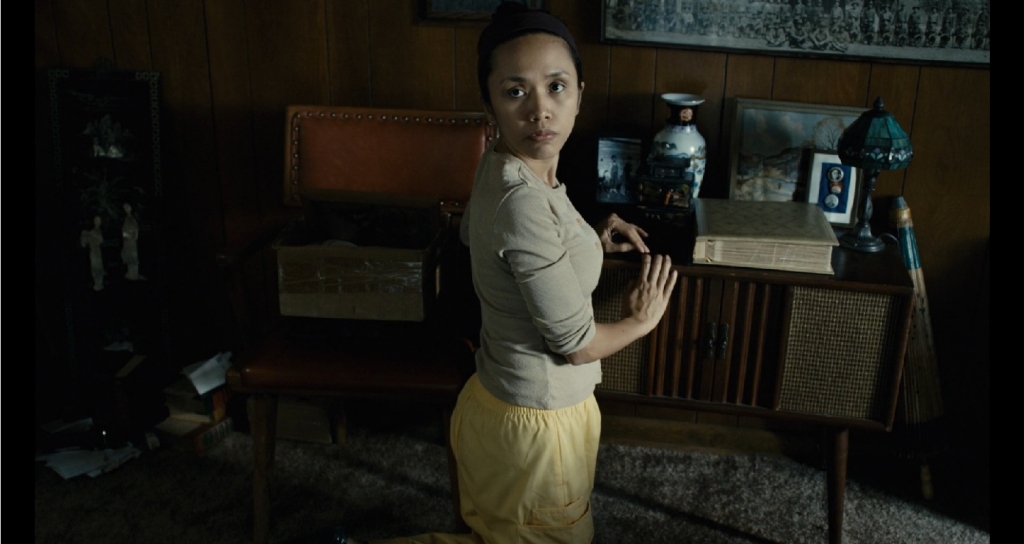 Just because you see, hear, and speak no evil does not mean that it isn’t there. So goes the moral of Xia Magnus’ Southern Gothic fable, Sanzaru, the story about a young home health aide living with an elderly woman in a remote part of rural Texas.

Evelyn (played by Filipino actress Aina Dumlao in her first feature film appearance) attends to the daily needs of her employer, Dena (Jayne Taini), who is slowly slipping deeper into dementia. At the same time, Evelyn must take on a parenting role for her restless teenage nephew, Amos (Jon Viktor Corpuz), as well as navigate uncomfortable interactions with Dena’s troubled Afghanistan veteran son, Clem (Justin Arnold).

As she wearily passes her days and nights under Dena’s roof, Evelyn is haunted by the recent death of her mother, as well as by the unsettling eeriness of the house, whose very walls seem to be guarding some terrifying secret. As time passes it becomes clear that the house isn’t the only one with a dark past, and that those shadows won’t stay hidden for long.

When a film comes around that shines a spotlight on the seldom-told stories of the world, I’m always especially excited to see what it has to say. 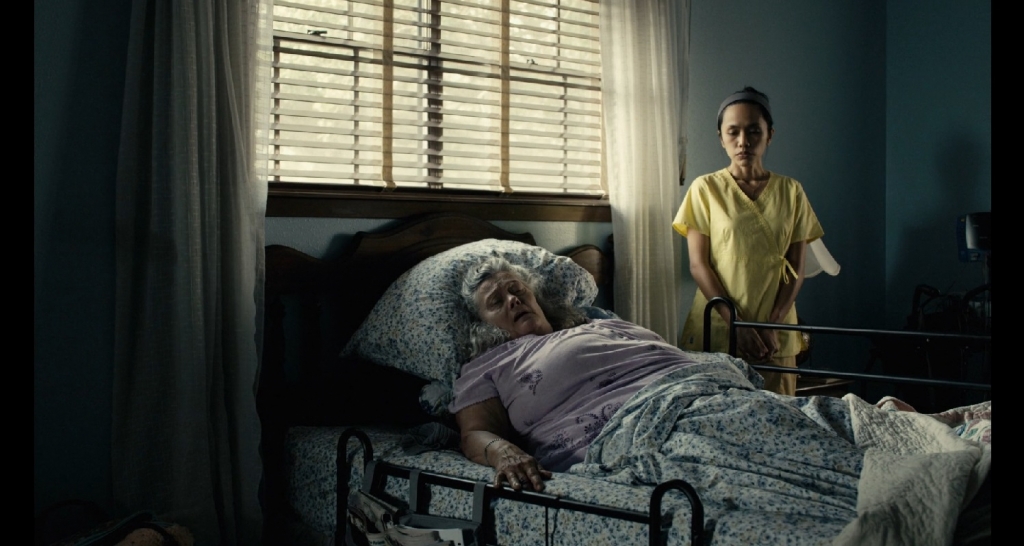 Sanzaru is by no means the first movie about home health aides (see I am the Pretty Thing that Lives in the House for another good one), but it is probably one of the grittiest and most honest.

Unglamorous tasks like tending to bed sores, scrubbing blood and other body fluids out of bedsheets —  and bearing witness to people’s most private moments — are all part of a day’s work, not to mention withstanding the occasional dementia-driven outburst. It’s a hard, often thankless job, usually delegated to women who have migrated from their home countries in search of better opportunities.

There is a certain lonesome discomfort that pervades each moment, living in someone else’s home and devoting yourself to their every need, which Sanzaru succeeds in capturing with every frame.

Sanzaru (which means “three monkeys” in Japanese) gets its name from those three familiar characters from the maxim “see no evil, hear no evil, speak no evil.” 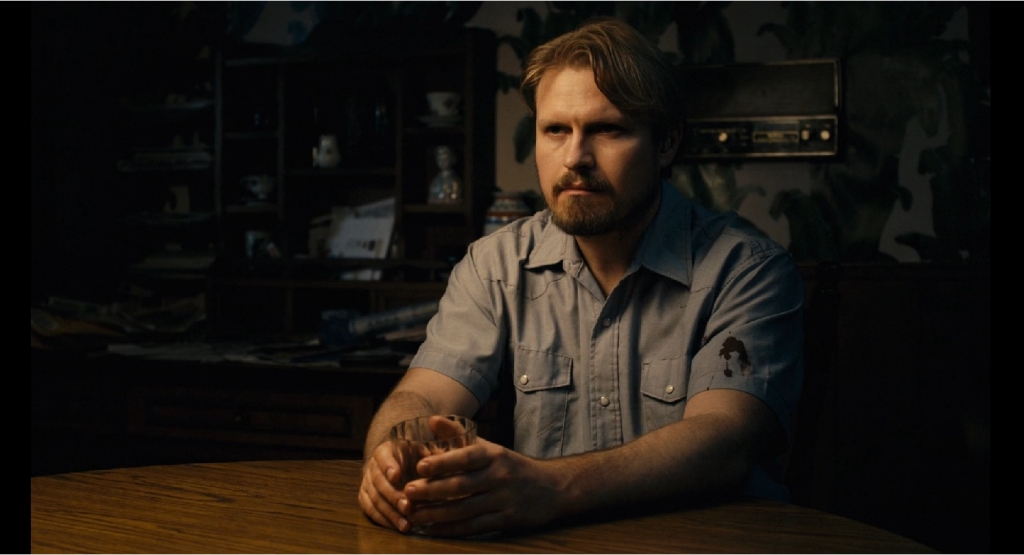 Throughout the film, there is always a vague sense that something sinister permeates its characters’ lives, though for the most part whatever it is goes unseen, unheard, and unsaid.

Sanzaru takes its time revealing the skeletons in its closet, using subdued drama to create a constant unnerving simmer of dread. It is atmospheric and understated, with a dark moroseness reminiscent of Hereditary (only without the overblown horror tropes.)

The performances are dedicated — subdued yet pained and real. Jayne Taini is raw and moving as Dena and frankly doesn’t get as much screen time as she deserves. Meanwhile Aina Dumlao brings a steady yet vulnerable strength to Evelyn that adds depth to her quiet mysteriousness.

The story itself is layered and elusive. 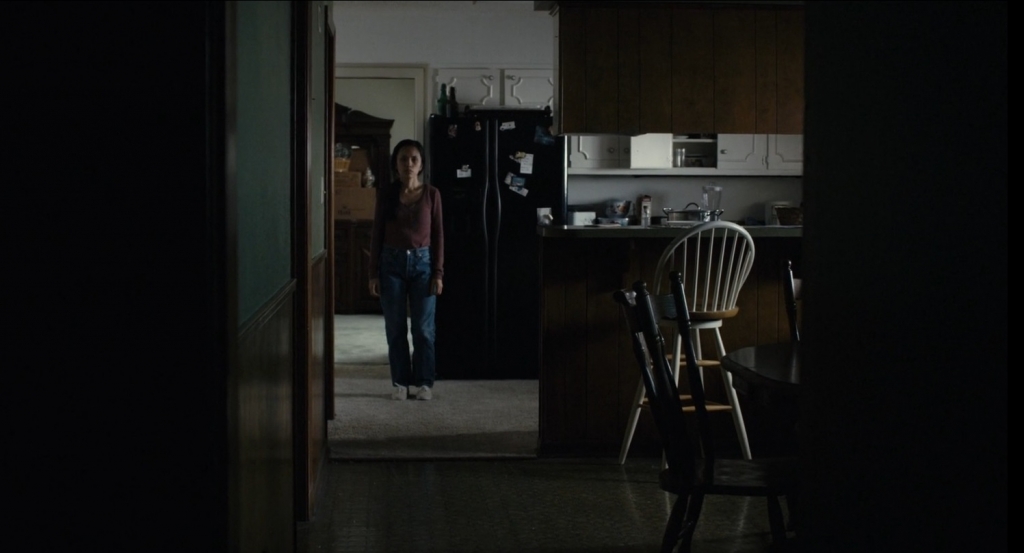 The film demands patience and attention from its viewers, with subtle blink-and-you-miss-them hints of backstory that offer deeper context.

Escalating tension with no clear catharsis may leave the viewer feeling a lack of payoff; I sat through the entire movie waiting to be terrified out of my skin, and instead walked away with an ungratifying pang of sadness. This is very much in line with current trends in post-horror, which often straddle the line between ghost story and heart- wrenching drama.

Abruptness and lack of clear resolution also seems to be the thing these days, and while Sanzaru is not as bad an offender as some other films, it takes us meandering through a dark and disturbing world without ultimately finding any clear way out.

Its message is that you cannot outrun your demons. Moving across the world, hiding yourself in remote reaches of the country, losing your memory, and even death itself cannot erase the echoes of the past. Like the rotting corpse of a dead bird stuffed hastily in a drawer, shame will only continue to fester until it’s inevitably exposed.